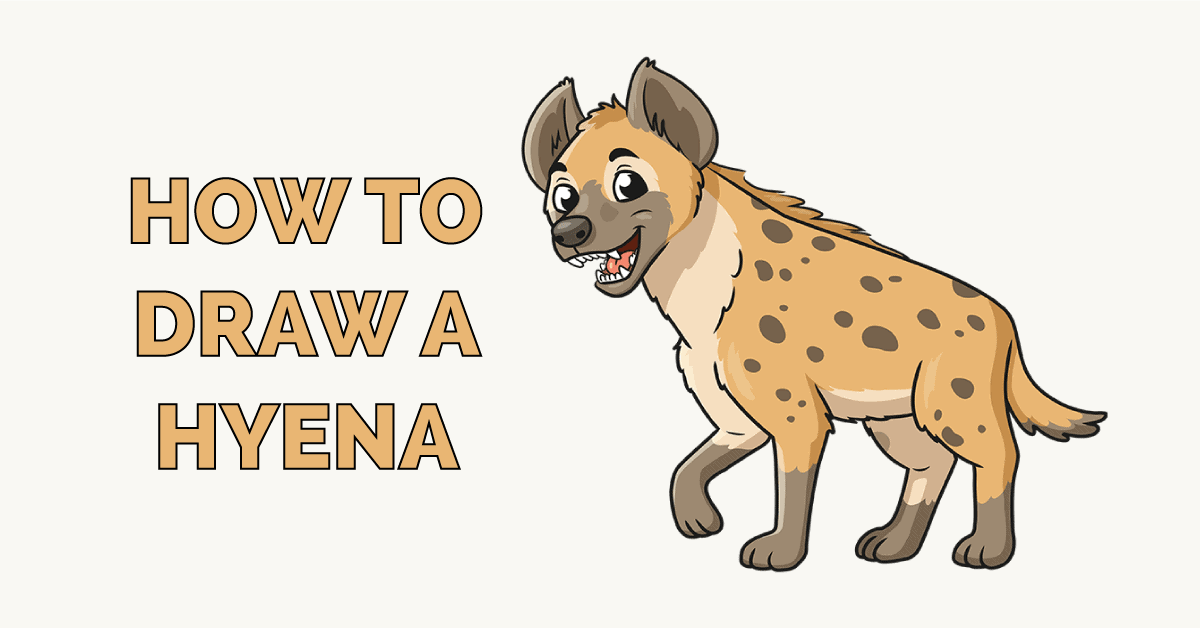 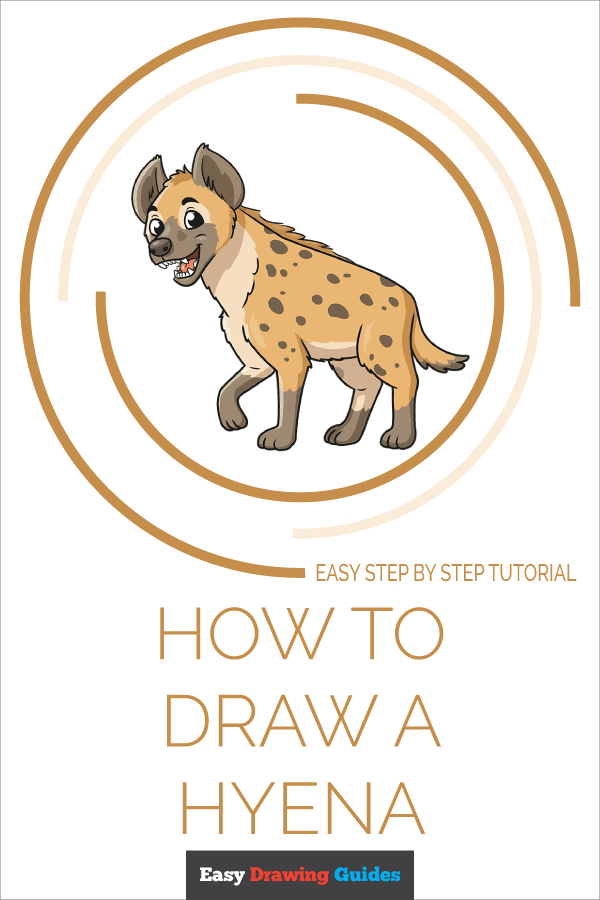 The hyena is a mammal that resembles a dog. The three species of hyena are native to Africa and Asia. Hyenas live in packs and are predators as well as opportunistic scavengers. Females serve as the alpha or leader in hyena society.

The spotted hyena, Africa's largest hyena species, is sometimes called the laughing hyena. Do hyenas really laugh? Hyenas make a number of different sounds, some of which sound like giggles or cackling laughter. The hyena, however, doesn't make this sound when it's happy. Rather, it "laughs" when stressed or under attack.

Perhaps the most famous animated hyenas are Shenzi, Banzai, and Ed from Disney's The Lion King, along with their counterparts Janja and Jasiri from the spinoff The Lion Guard. Bud and Lou are a pair of laughing hyenas that are pets of the Joker and Harley Quinn in the DC Comics universe.

Would you like to draw a smiling cartoon hyena? This easy, step-by-step cartoon animal drawing tutorial is here to show you how. All you will need is a pen, pencil, marker, or crayon and a sheet of paper.

If you liked this tutorial, see also the following drawing guides: Simba from Lion King, Baby Tiger, and Baby Lion.

Step-by-Step Instructions for Drawing a Hyena 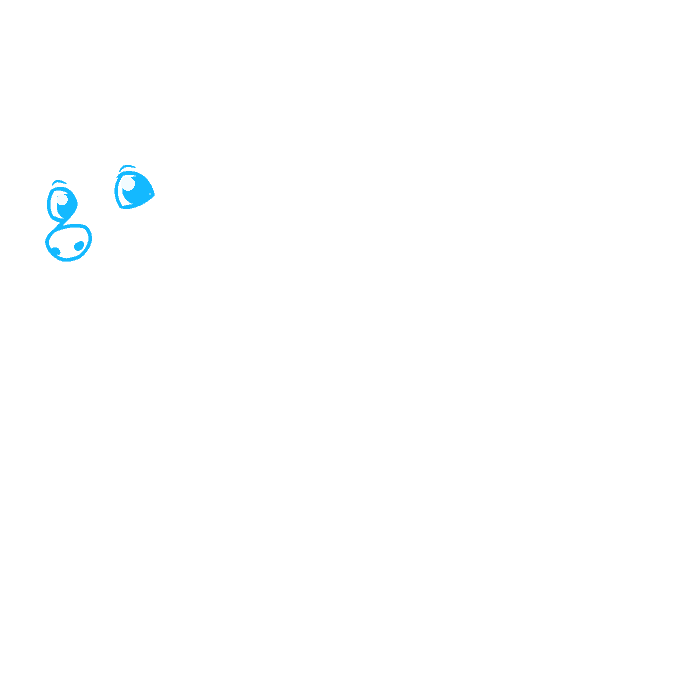 1. Begin by sketching the hyena's face. Draw irregular rounded shapes for the eyes and nose. Within each eye, draw two successively smaller circles. Shade between them to indicate the pupil. Shade small ovals within the nose to indicate nostrils. Draw curved lines above the eyes to indicate eyelids, and another to connect the eye and nose. 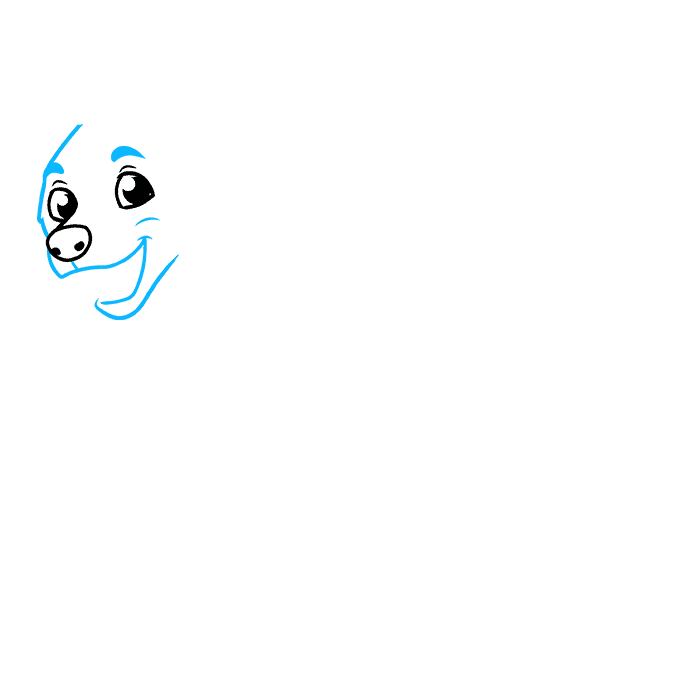 2. Use curved lines to sketch the outline of the hyena's face. Note the overlap of fur and the contours of the open mouth. Draw a curved line beneath the nose and at the corner of the mouth. 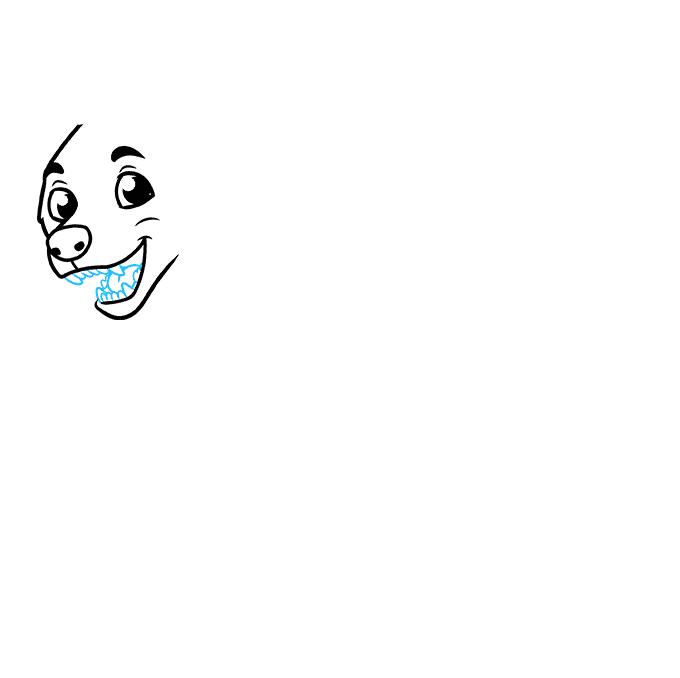 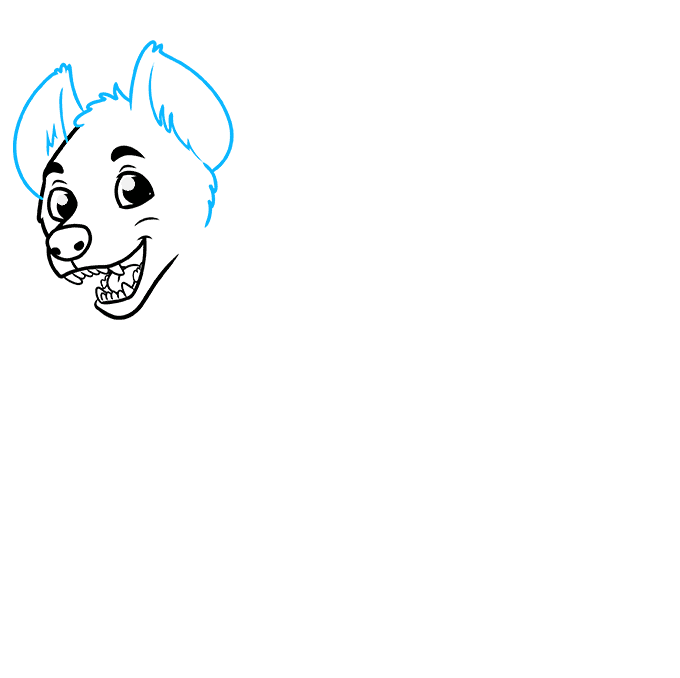 4. Draw the ears using pairs of long curved lines. Connect them at the tip with a series of "U" shaped lines. Use pairs of lines that meet at jagged points to outline the head, including the inner ears, the tuft of fur between the ears, and the side of the face. 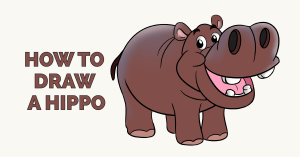 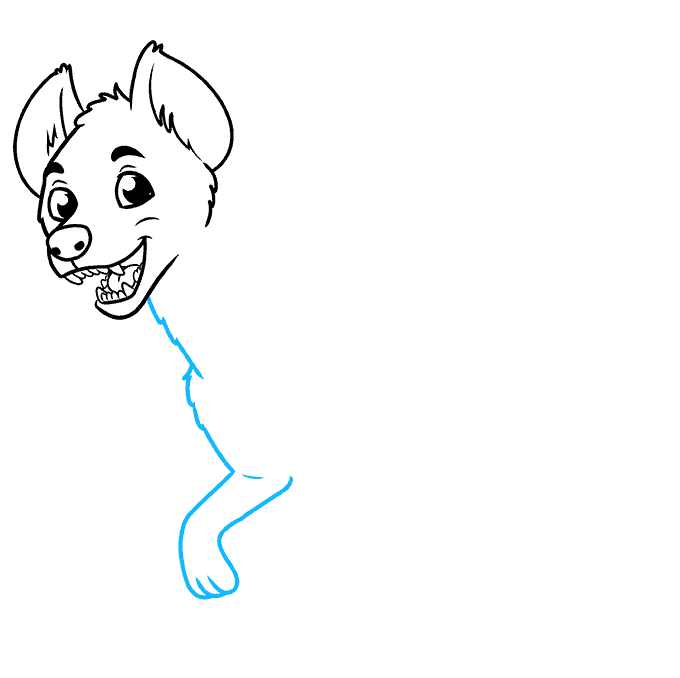 5. Use a series of overlapping curved lines to sketch the furry neck and chest. Then, use a pair of lines to outline the leg. Connect the lines at the end with a series of short, overlapping lines, forming the toes. 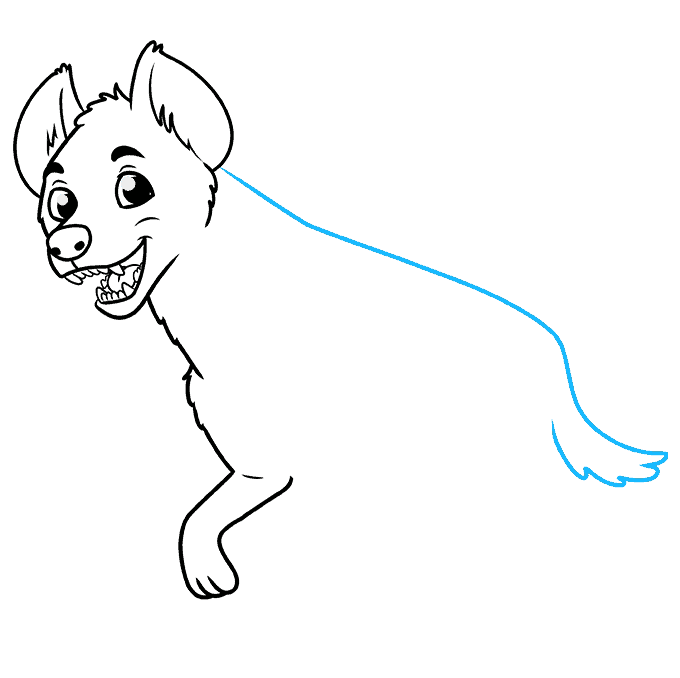 6. Use a long, curved line to outline the hyena's sloping back and the top of the tail. Draw the bottom of the tail using connected curved lines. 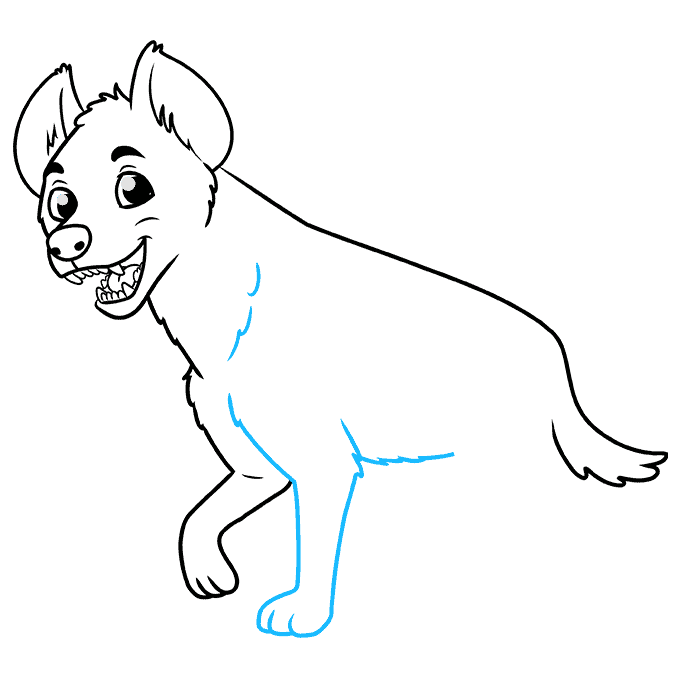 7. Draw several series of curved lines to sketch the furry belly, upper leg, and base of the neck. Then, extend a pair of lines to form the lower leg. Connect the lines at the end using overlapping curved lines, forming the paw and toes. 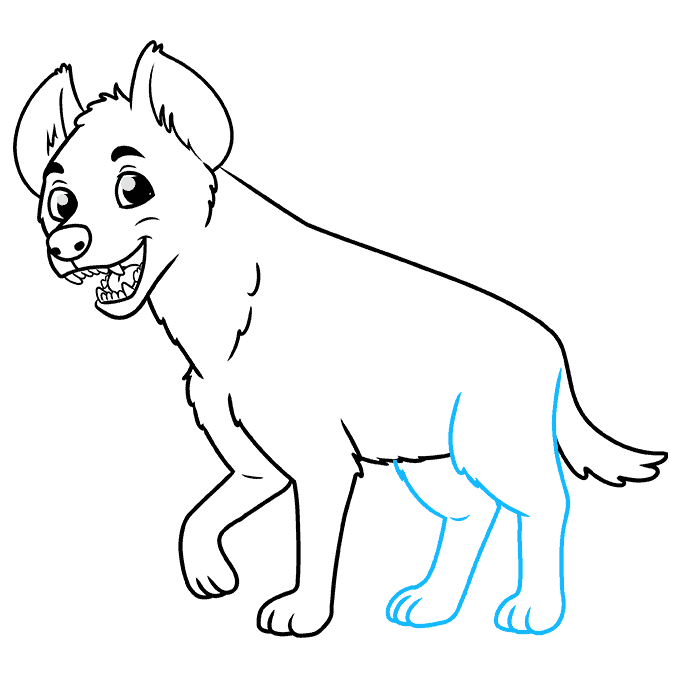 8. Draw the rear legs. Use a series of curved lines to sketch the furry upper legs, then extend pairs of lines for the lower legs. Connect them using overlapping curved lines to form the paws. 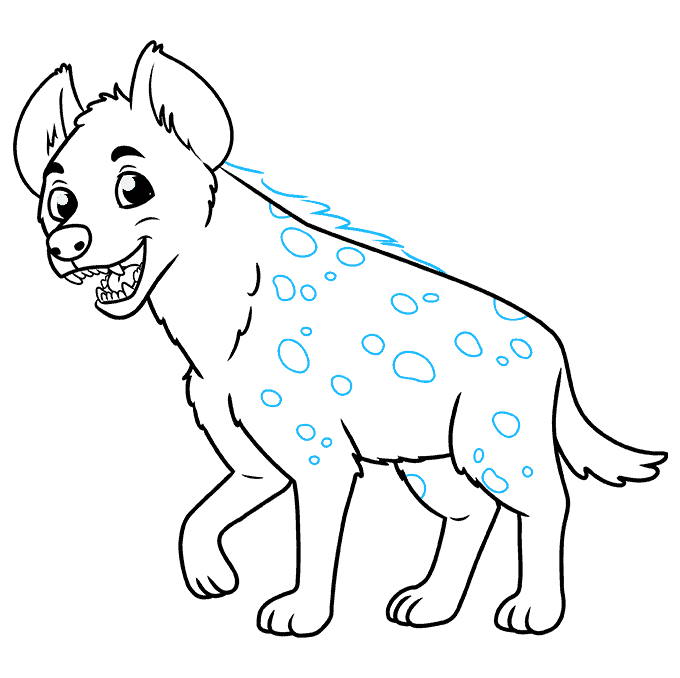 9. Draw a series of lines that meet at gentle or jagged points at the back of the neck to form the mane or scruff. Draw circles, ovals, and irregular shapes across the animal's body to indicate its spots. 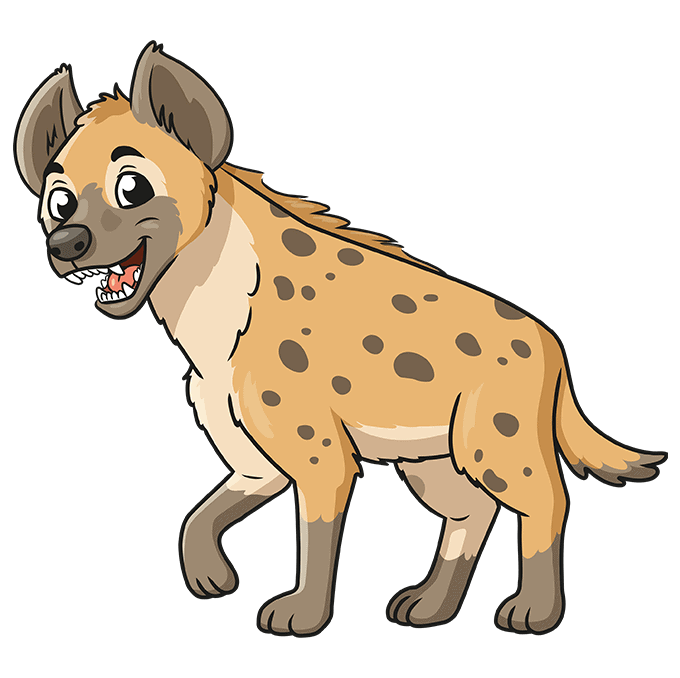 Color your cartoon hyena. Hyenas are typically shades of brown, cream, and grey with darker markings.

The Pridelands are in danger! Find Simba and his crew among our animal drawing guides.

The Complete Hyena Drawing Tutorial in One Image

How to draw: Hyena - all drawing steps 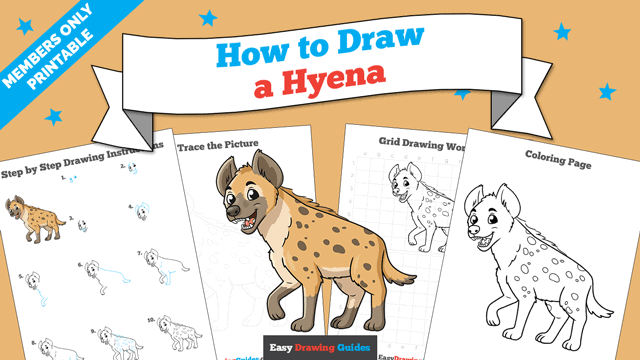