Easy Drawing Guides > christmas, easy, other, space > How to Draw a Star

The five pointed star, has been used as a symbol throughout the world, spanning the millennia of human civilization and crossing cultural boundaries. In its most general usage, the star represents the heavens, the night sky, and outer space - where you can also see comets!

In medieval Europe, the star was used to portray power, authority, and heraldry. The five pointed star is also used by various religions, including Islam, the Bahá'í faith, and the Serrer religion of West Africa, as well as many military divisions, non-religious societies, sports teams, and organizations.

Would you like to learn to draw a perfectly symmetrical, five pointed star? Now you can, by following this easy, step-by-step drawing tutorial.

In order to draw your star, you will need a piece of paper and a writing implement, such as a pen, pencil, or marker. You may also want to use colored pencils, markers, or crayons to color your finished drawing. Having a good eraser and a straight edge ruler at hand is also advisable.

Each step in this drawing guide is accompanied by a pictorial illustration. In each picture, new lines added in that step are highlighted in blue; previously draw lines are shown in black. You will likely want to draw lightly at first, as you will be erasing some of your original lines as you go along.

If you liked this tutorial, see also the following drawing guides: Angel Wings, Fire, and Skull.

Step-by-Step Instructions for Drawing a Star 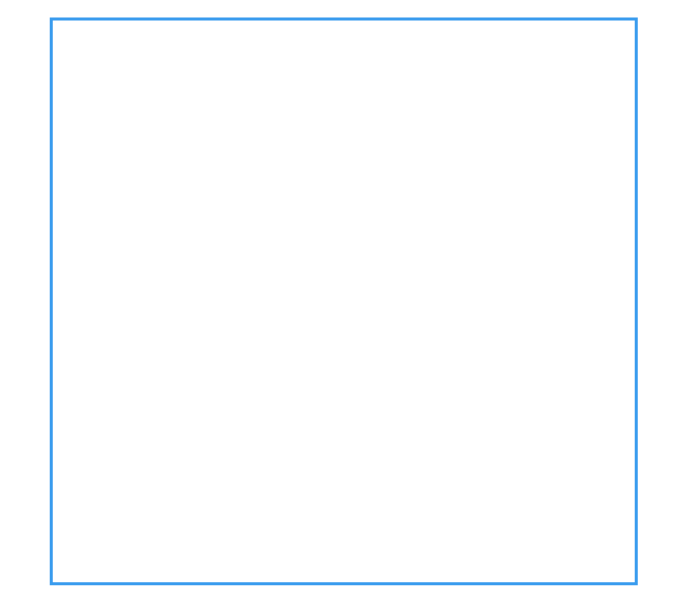 To begin, draw a square. You may want to use a ruler to ensure straight lines and right angles. 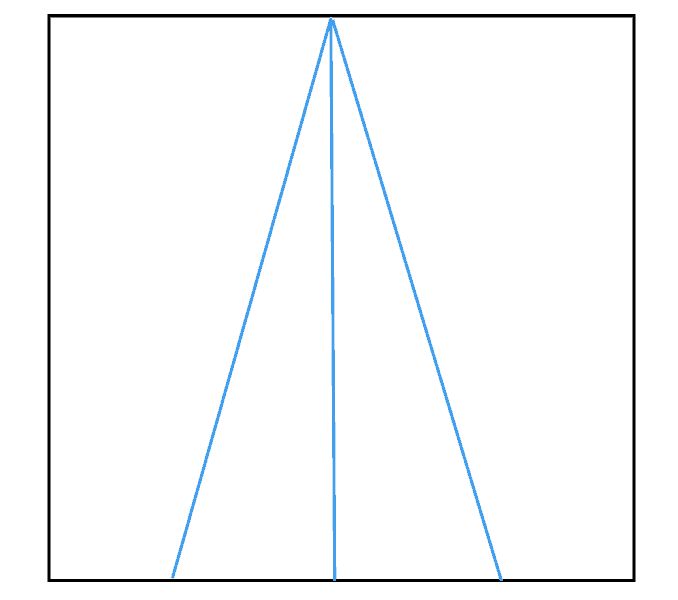 Draw a vertical line down the middle of the square. From the same point, draw a line on each side of the first. These lines will meet the bottom of the square between the first line and the square's sides. 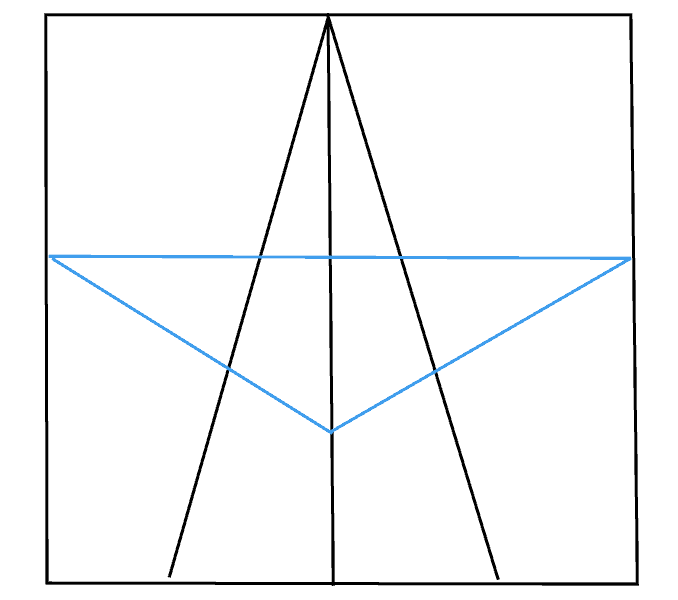 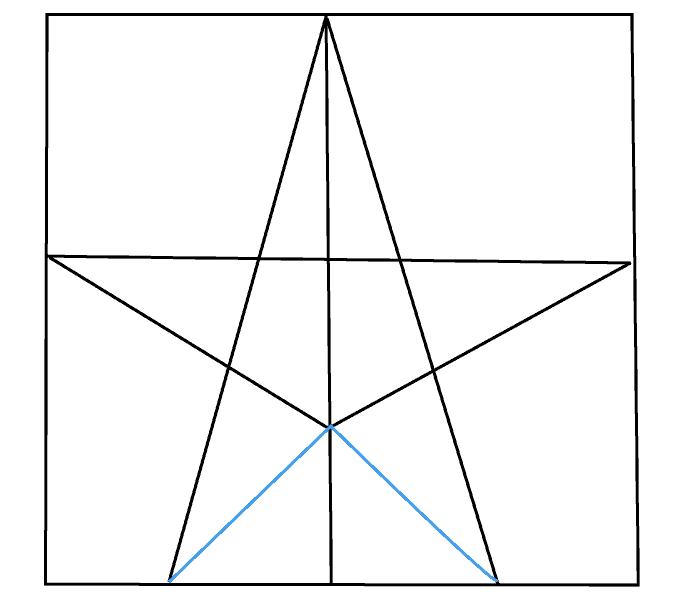 From the point where the previous lines converged, draw two more lines. These lines will meet the bottom of the square at the same point as the nearly vertical lines. 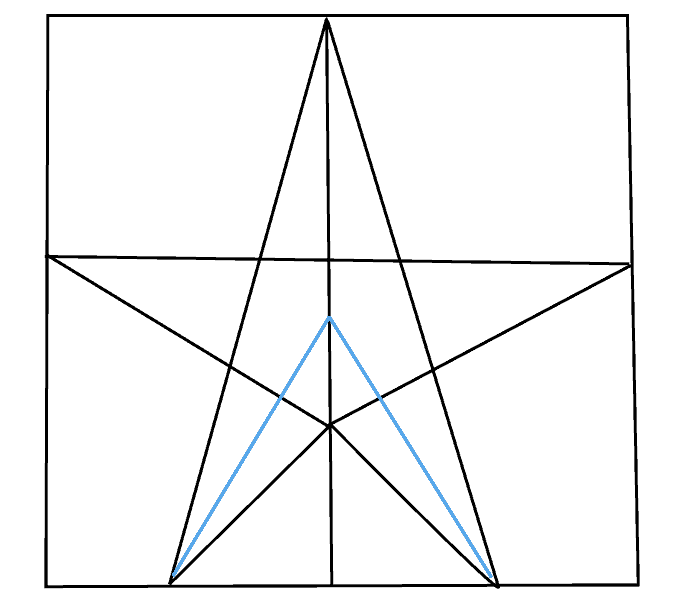 From the star's bottom two points, draw two straight lines that will converge at the star's center. 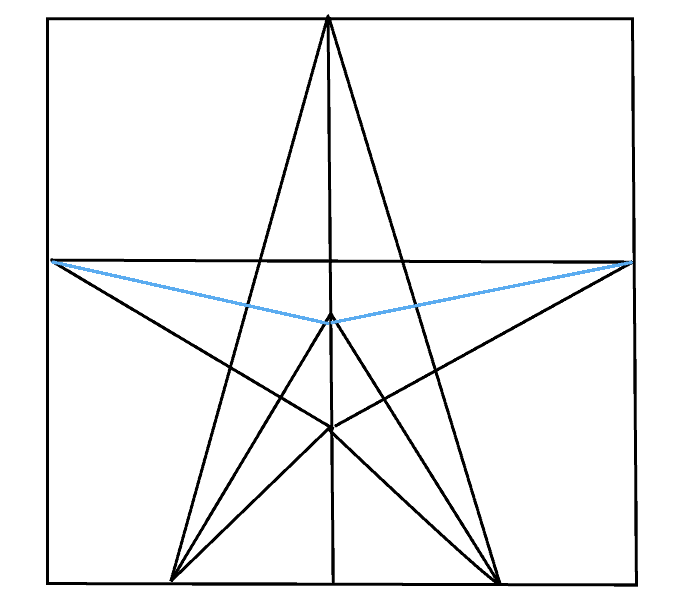 From the star's two side points, draw two straight lines that converge at the star's center. 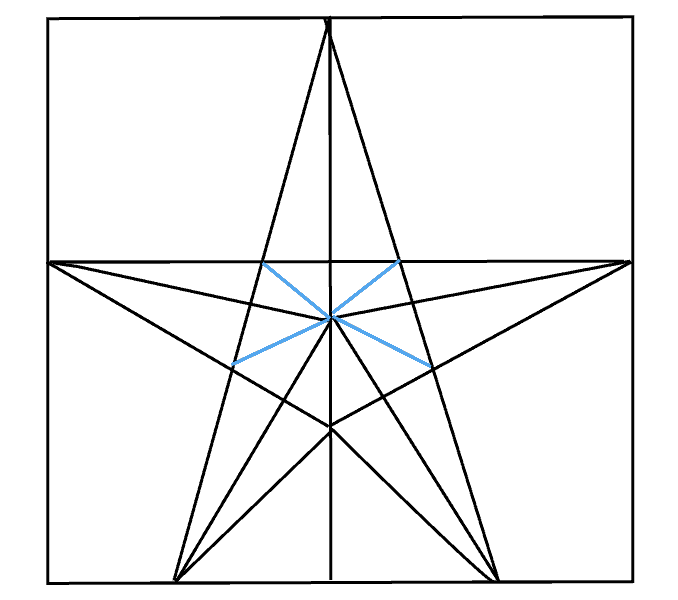 Draw straight lines from each point of the interior inverted pentagon to the star's center. 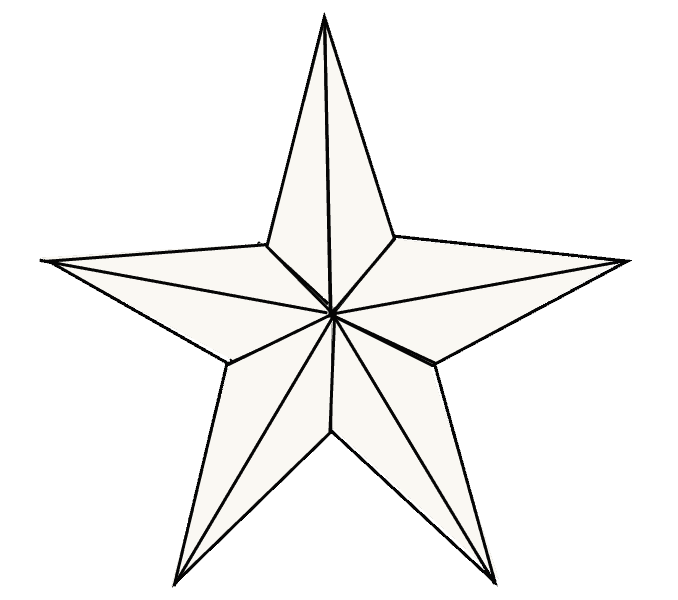 Erase the guide lines - both those within the star and the original square. 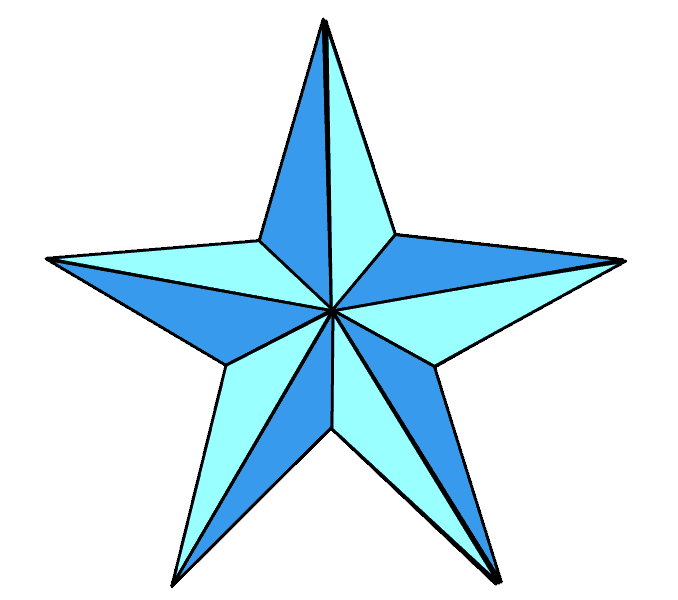 Color your star. Using two different shades to color the star in an alternating pattern will enhance the star's three dimensional effect.