Skip to content
Easy Drawing Guides > easy, man-made > How to Draw a Sword 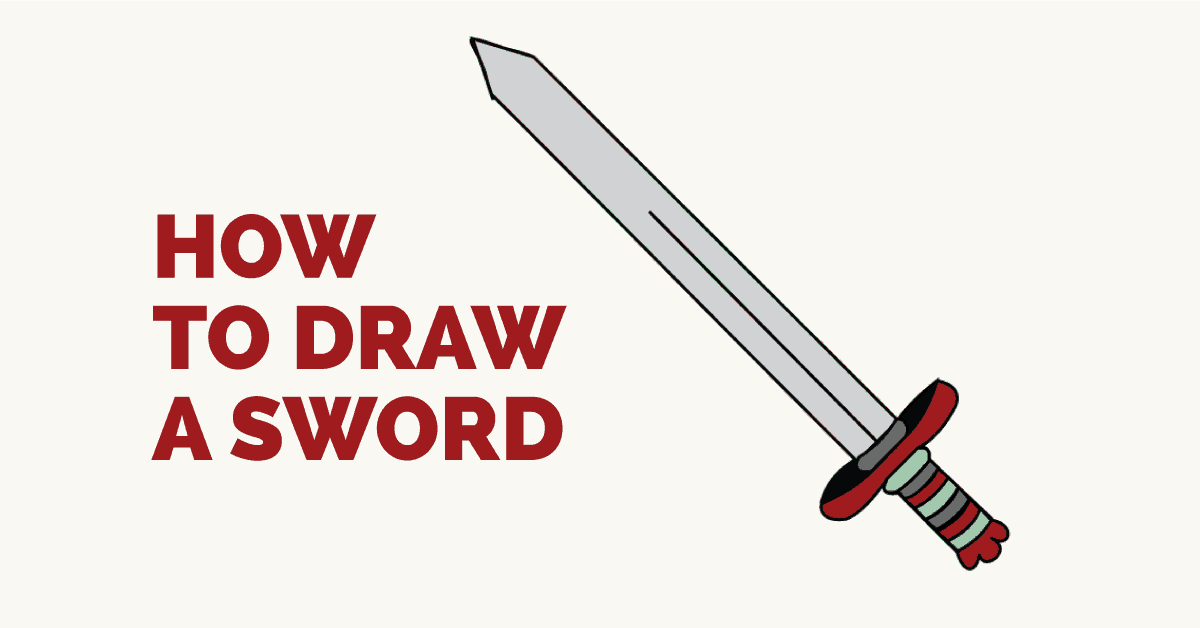 "The sword is the axis of the world and its power is absolute."
- Charles de Gaulle, 20th-century French statesman

Swords are among the oldest weapons known to man. Swords typically consist of a long metal blade attached to a handle or hilt. Swords have been used for thousands of years by people from many different backgrounds - medieval knights, soldiers, samurai, cavalrymen, Vikings, and others. Today, military officers may carry swords, and special swords are used in the sport of fencing.

There are many different types of swords. The dagger, for example, is a short sword used in close combat. The katana is a curved sword that was used by samurai in feudal Japan.

Swords have played a major role in many stories, including The Sword in the Stone, He-Man and the Masters of the Universe, The Princess Bride, and even Disney's Mulan. Swords inspired the lightsabers wielded by the Jedi Knights in Star Wars.

You, too, can draw a cartoon sword. It's easy! Simply follow the shapes and lines prescribed in each step of this cartoon drawing tutorial. Have your pencil and an eraser handy.

Step-by-Step Instructions for Drawing a Sword 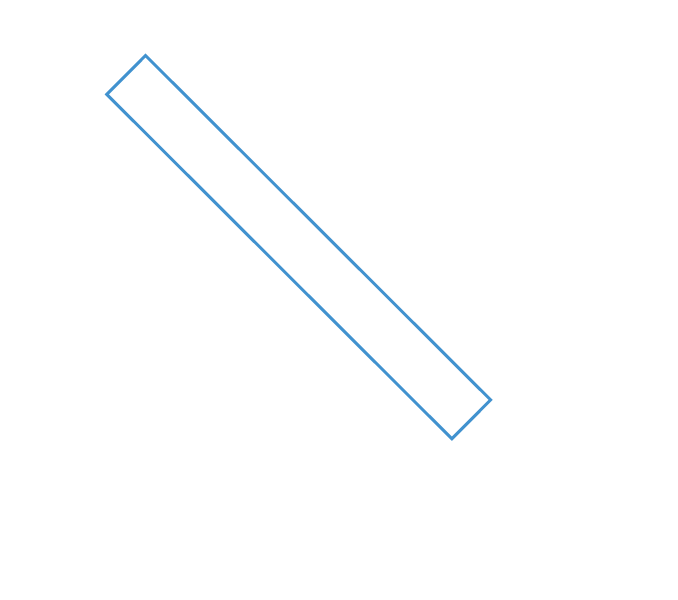 1. Begin by drawing a long, narrow rectangle slanted at a diagonal angle. This will help you to sketch the blade of the sword. 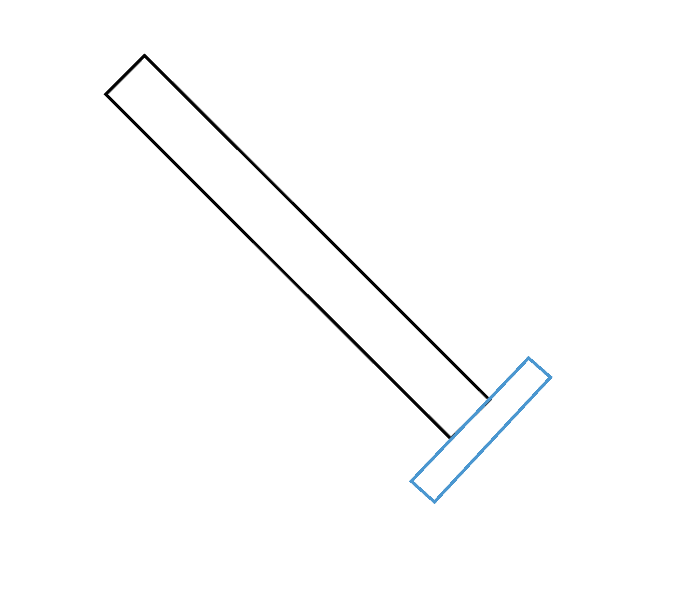 2. Draw a smaller narrow rectangle at the base of the first, at a perpendicular angle. This forms the guard or cross-guard of the sword's handle. 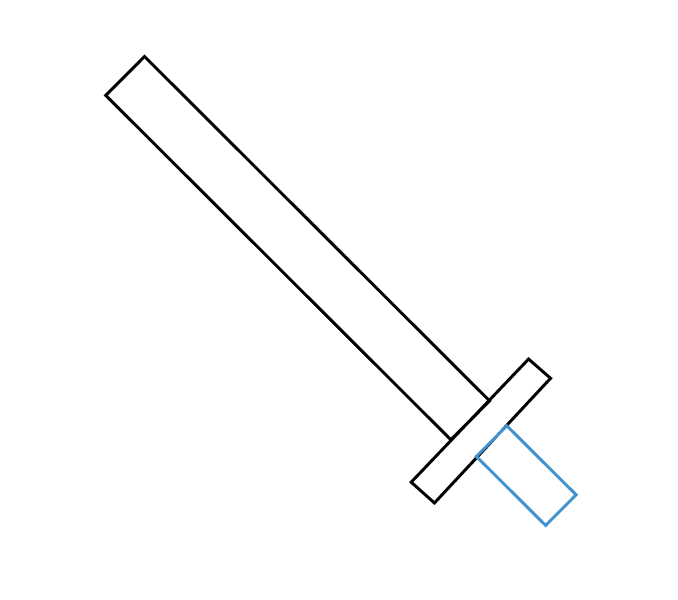 3. Draw another small rectangle in line with the first. Notice that this rectangle is not as wide as the blade. It forms the grip of the sword's handle. 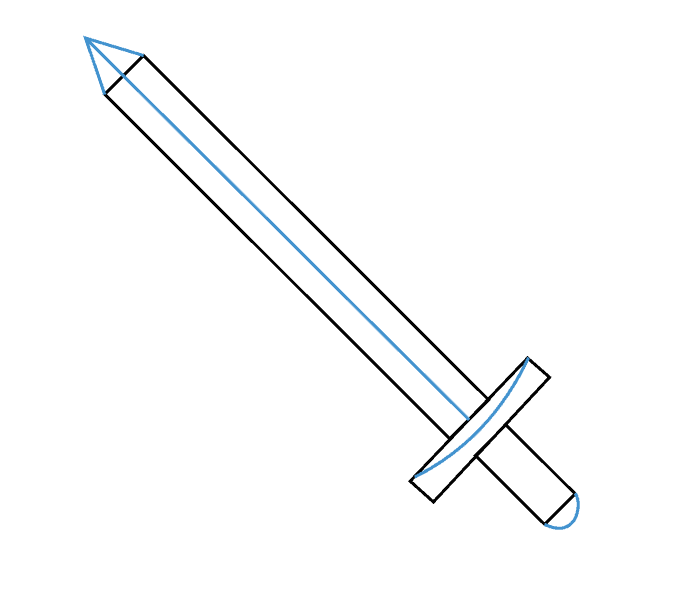 4. Add detail to these basic guide lines. Draw two straight lines at the top of the blade, enclosing a triangle to form the tip. Then, draw a straight line down the middle of the blade, from the tip to the handle. This is called the fuller, and its thickness strengthens the blade. Draw a curved line at the top of the cross-guard and at the bottom of the grip, forming the pommel. 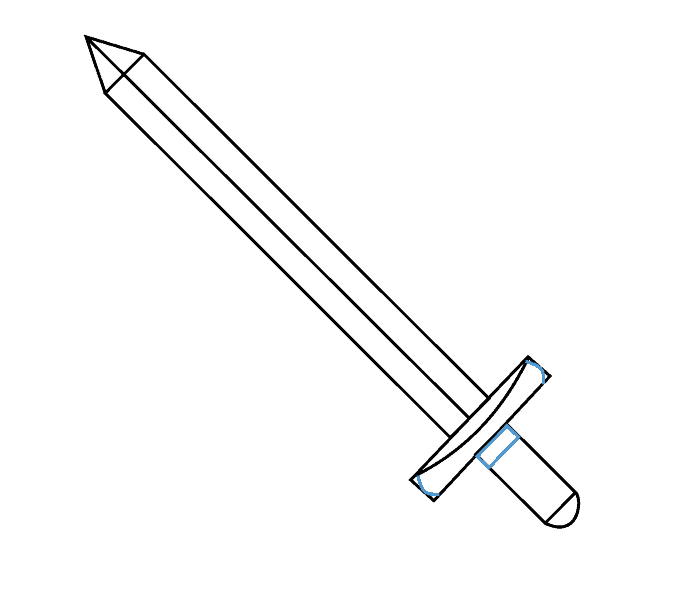 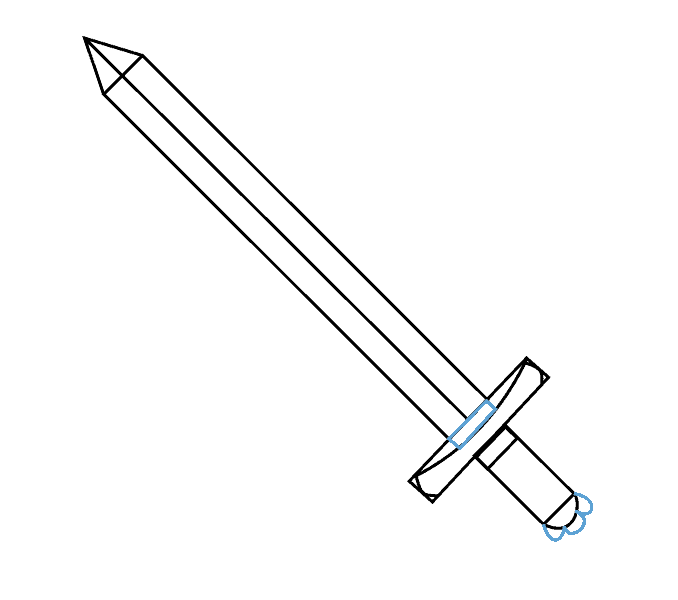 6. Draw a narrow rectangle at the base of the blade, and "U" shaped lines around the pommel. 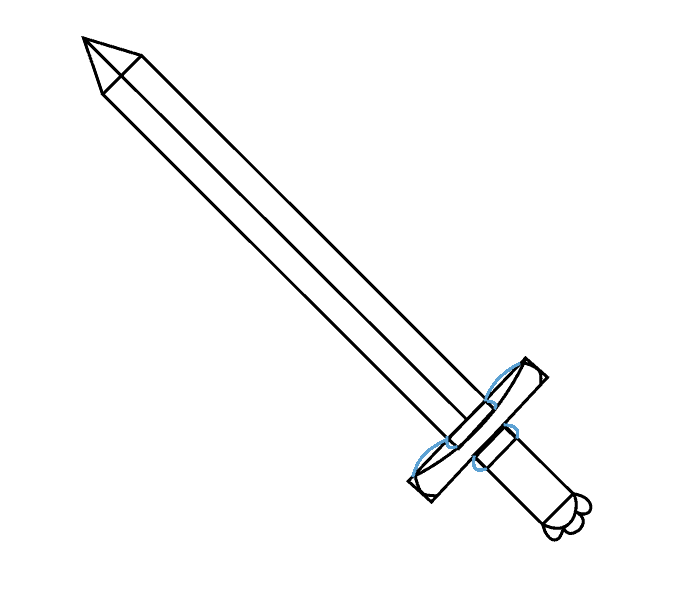 7. Draw curved lines across the top of the cross-guard and at the ends of the rectangle on the grip. 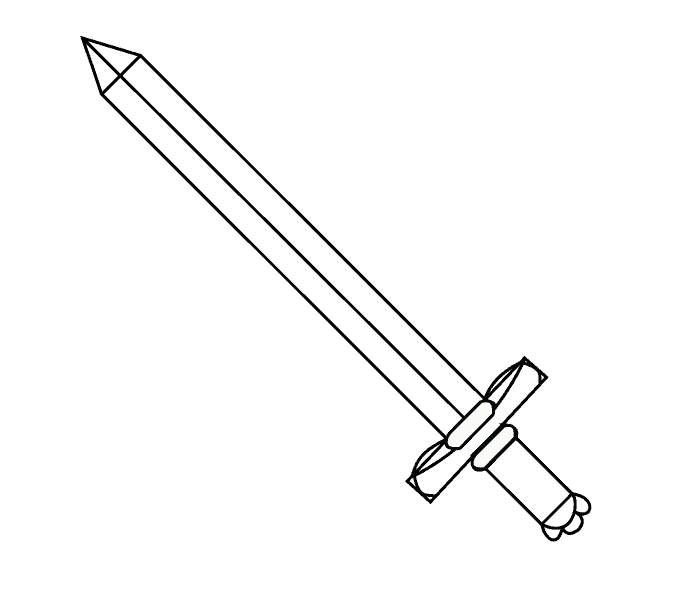 8. Erase guide lines from the sword's handle as pictured. 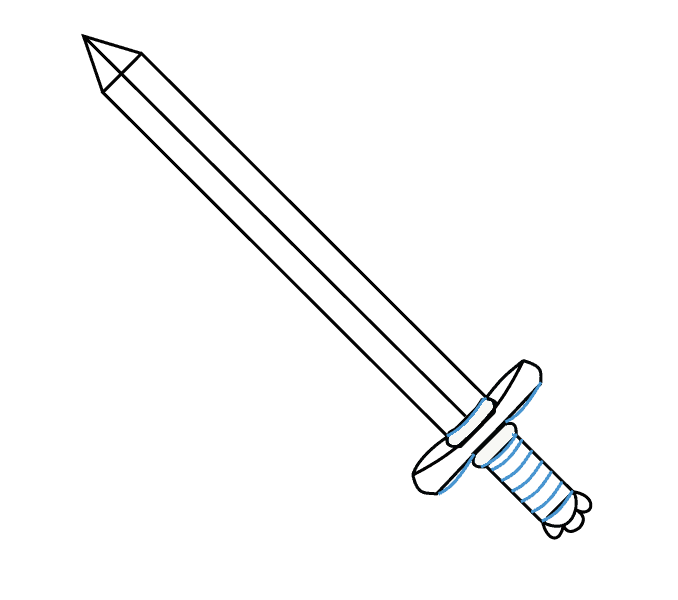 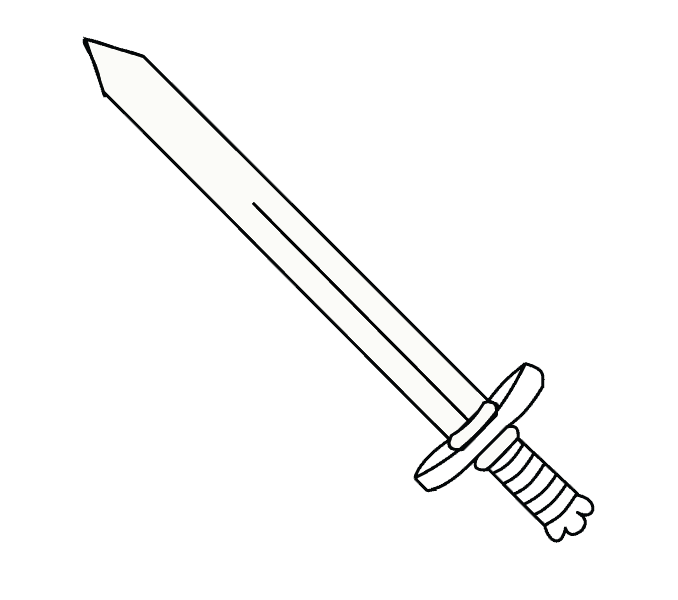 10. Erase the remaining guide lines from the blade and handle, as pictured. 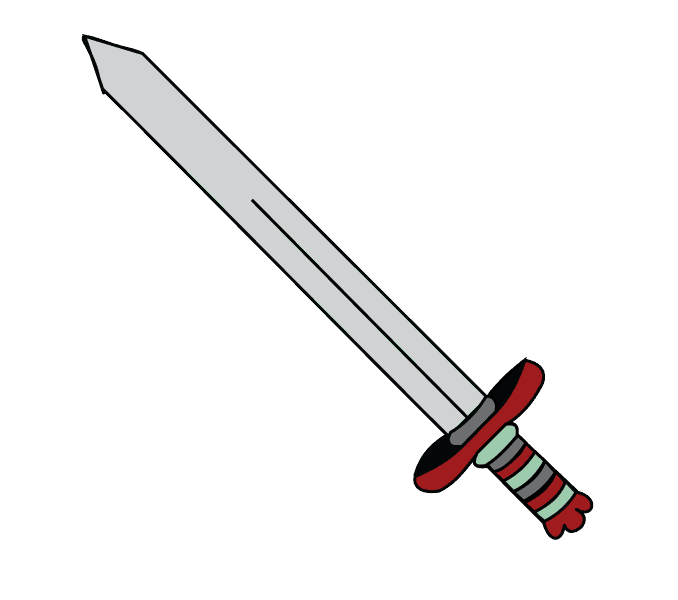 11. Color your cartoon sword. Will it be rusty, shiny, or stained with blood? Will its handle be of gold, silver, or brown wood? The choice is yours.