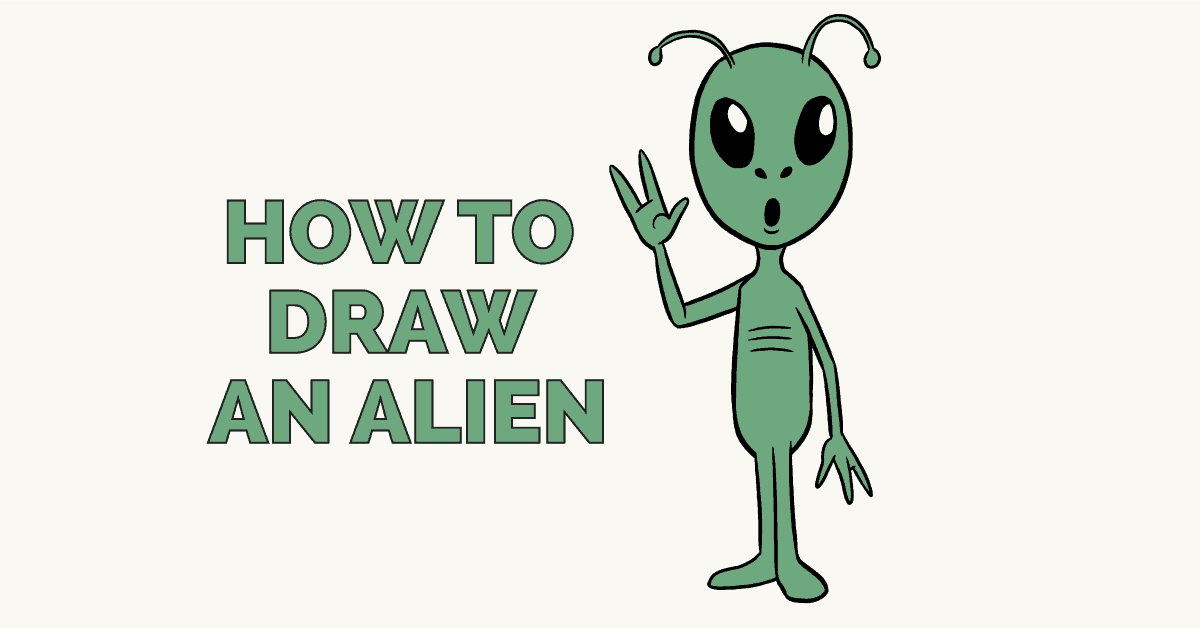 ​Aliens are often linked with sightings of UFOs, or unidentified flying objects. These sightings generally did not occur prior to man's experimentation with flight. One of the first UFO sightings occurred in 1947, when a businessman reported seeing several crescent shaped objects flying alongside his small airplane. A local newspaper mistakenly reported that they were saucer shaped, thus the term, "flying saucer."

​UFO sightings increased with time; during the 1950s and 1960s, the U.S. government recorded more than 12,000 such sightings. Most were eventually discovered to be astronomical phenomena or aircraft, with only six percent remaining unidentified.

​Would you like to draw your own little green men? This easy, step-by-step drawing tutorial is here to help. All you will need is a pencil, a sheet of paper, and an eraser. You may also wish to use crayons, colored pencils, or some other implement to shade your finished alien.​​​​​

The Complete Alien Drawing Tutorial in One Image

How to draw: Alien - all drawing steps