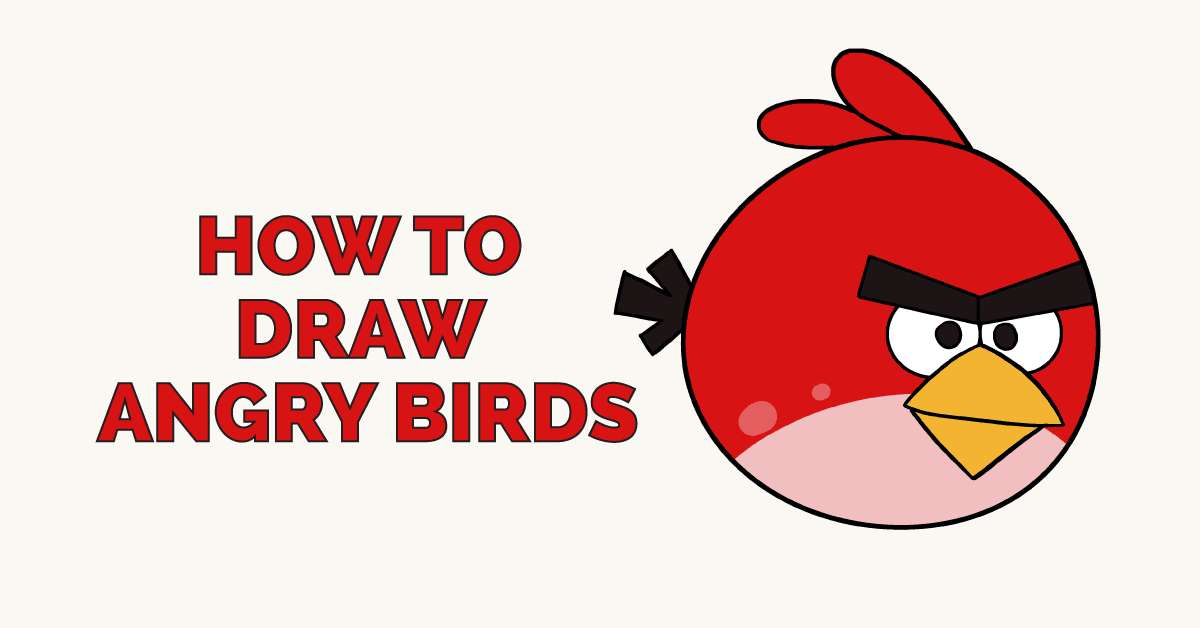 Angry Birds is an entertainment franchise based on the 2010 smartphone game of the same name. The game takes place on an island inhabited by flightless birds who must protect their eggs from mysterious green pigs.

The cast of characters include Red, featured in this tutorial; Chuck, a speedy yellow bird; Bomb, who explodes as his name suggests; the large red bird, Terence; and three small, blue birds named Jim, Jake, and Jay.

The series has enjoyed immense popularity. For example, by July 2015, the game's versions had collectively been downloaded over three billion times - making it the most downloaded free game to date. Nearly twenty different versions and spin-offs of the game have been released. These often overlap other popular franchises, such as the 2011 film Rio and the Star Wars series.

In 2016, the birds starred in their first feature film, The Angry Birds Movie. A cartoon series, toys, clothing, children's books, and even a line of soft drinks featuring the Angry Birds are available. Theme parks in China and Finland feature Angry Birds attractions.

Would you like to draw Red from the Angry Birds? Doing so is easier than ever with the help of this simple, step-by-step drawing guide. All you will need is a pencil, an eraser, and a sheet of paper. You may also with to use crayons, colored pencils, or markers to shade your finished drawing.

If you liked this tutorial, see also the following drawing guides: Cartoon Hawk, Phoenix, and Pig.

2. ​Draw an irregular, diagonally slanted rectangle in the middle of the face. This forms one of the bird's angry eyebrows.

3.​ ​Enclose a second slanted rectangle, angled on the opposite diagonal. This forms the second eyebrow.

6.​ ​​​​​​​​​​​​​Using two curved lines, enclose a roughly triangular shape overlapping the eyes. The lines should meet in points on each side, but the top of the "triangle" should be rounded. This forms the upper portion of the bird's beak. Use two straight lines to enclose an inverted triangle beneath this shape, forming the beak's lower half.

8.​​​ ​​Using long, "U" shaped lines, enclose two curved shapes at the top of the head. These form a feathery tuft. Draw a pupil within each eye using a small circle.

9.​​ ​​Draw the bird's tail. Extend two straight lines from the back of the bird at opposite diagonal angles. Draw a shorter straight line at the top of each. Then, draw two "V" shaped lines, with longer sides parallel. Connect these lines using a short, straight line. The completed tail should resemble the outline of an arrow.

Where are those naughty pigs that the angry birds are out to get? Find them using our pig drawing tutorial. If your angry birds need a little backup, check out our selection of bird drawing guides, including the hawk, a tiny chick,lovebirds, and much more.

The Complete Angry Birds Drawing Tutorial in One Image

How to draw: Angry Birds - all drawing steps