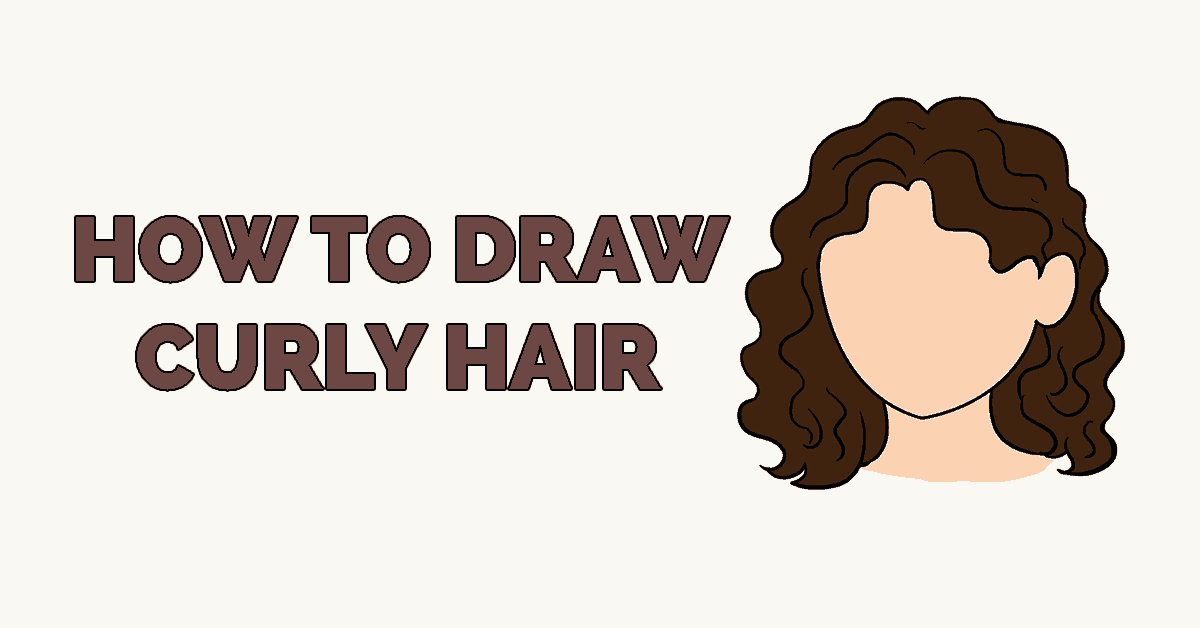 Hair is something very important to most people. It is one of the first features other people see. Because of its prominence, hair styles have held meaning throughout history.

For example, cutting the hair short has at times been a sign of rebellion. During the English Civil War, some soldiers cut their hair in defiance of the spectacular curls worn by men of the king's court at that time. During the 1920s, women adopted bobbed or cropped hairstyles as a sign of rejection of the traditional roles of females.

At other times, the opposite has been true. In America during the 1960s, the group known as "hippies," who rejected many societal norms, famously wore uncut hair. In some religions, refraining from cutting the hair is a sign of piety or the adoption of special vows. The longest hair ever recorded was grown by a woman in China. The hair was over 18 feet long and had not been cut in over 30 years.

Would you like to learn how to draw a person with curly hair? Doing so is easier than ever with the help of this simple, step-by-step drawing tutorial. All you will need is a pencil, a sheet of paper, and a good eraser. In each step, the illustration and its accompanying text will guide you through adding and removing lines until your drawing is complete.

What color will your hair be? There are no limits except the crayons, colored pencils, markers, or paints you have on hand. Did you know? All the different variations of natural hair color are the result of just two pigments, called eumelanin and pheomelanin. The former shades black and brown hair, while the later lends itself to red hair. Blonde hair results when there is little of either pigment produced in the hair, and grey hair results when all production of melanin ceases.

1. Begin by drawing a circle. This will form the face of the character for which you are drawing the curly hair.

2. Continue to outline the person's face. Extend a long, curved line downward from one side of the circle. From the opposite side, draw a short curved line, nearly enclosing an oval to form the ear. From the bottom of the oval, draw another curved line to meet the first in a rounded point. This forms the chin.

3. Draw an irregular wavy line across the circle, forming the hair line. Note how the line peaks in the middle of the face.

4. Draw a long, irregular, wavy line around the exterior of the face, outlining the hair.

How to Draw a Ponytail

5. Erase the guide lines formed by the original circle. You now have a clean outline of the face and hair.

6. Draw the neck by extending two curved lines from the bottom of the head.

7. Enclose the outline of the hair using a series of connected, curved lines of various lengths. Allow the the lines to meet in sharp points, and notice how the overlapping of lines gives the hair the appearance of volume.

8. Add texture to the hair. Beginning at the top of the head and moving downward, draw a number of irregular, wavy lines of various lengths.

9. Continue to detail the hair until you have draw wavy lines down the length of the hair on both sides.

10. Color your character, and her hair. Many people have hair that is red, brown, blonde, grey, or black, and some people dye their hair unusual colors such as pink, blue, or purple. Be creative, but don't stop there! Check out our other drawing tutorials to learn how to draw eyes, a nose, and lips.

The Complete Curly Hair Drawing Tutorial in One Image

How to draw: Curly Hair - all drawing steps