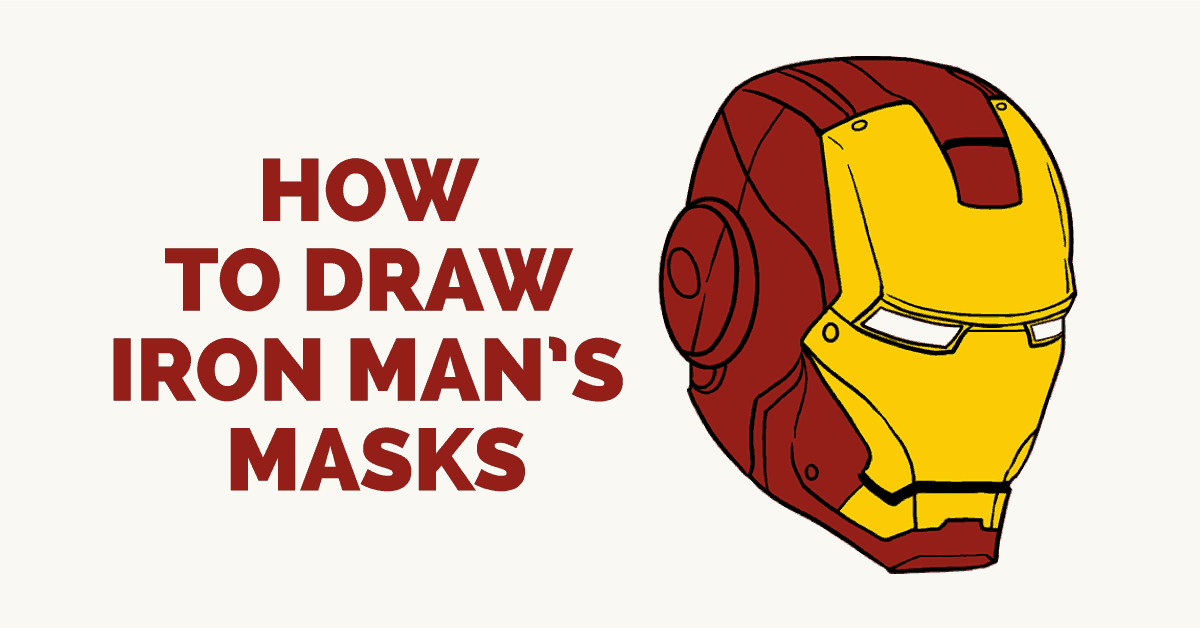 Have you ever wanted to be a superhero?

Tony Stark is both a billionaire and a genius. Captured and forced to make weapons for his enemies, he developed the Iron Man armored suit in order to escape. Neither born with nor endowed with superpowers, Stark became a super hero nonetheless due to his creative invention.

Iron Man was first seen in 1963 in DC Comic's Tales of Suspense #39. Since that time, he has played a leading or supporting role in numerous comic books, television cartoon series, and films. Among his most notable appearances are Iron Man (2008), The Avengers (2012), and the sequels to these films.

Would you like to draw Iron Man's mask? Now you can, with the help of this easy, step-by-step drawing tutorial. All you will need is a pencil and a sheet of paper. Notice that each step in this drawing guide contains explanatory text accompanied by illustrations. In each picture, new lines to be drawn are shown in blue, while previously drawn lines fade to black.

You may wish to use an eraser to correct mistakes and remove guide lines. Use colored pencils, crayons, markers, or paints to color your finished drawing.

If you liked this tutorial, see also the following drawing guides: Superman, Spiderman's Face, and Batman. 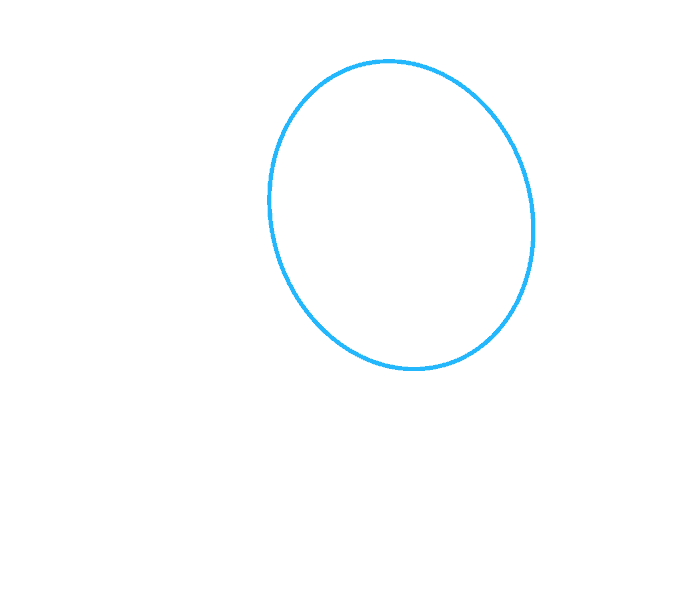 Begin by drawing a large oval to form the basic outline of the mask. 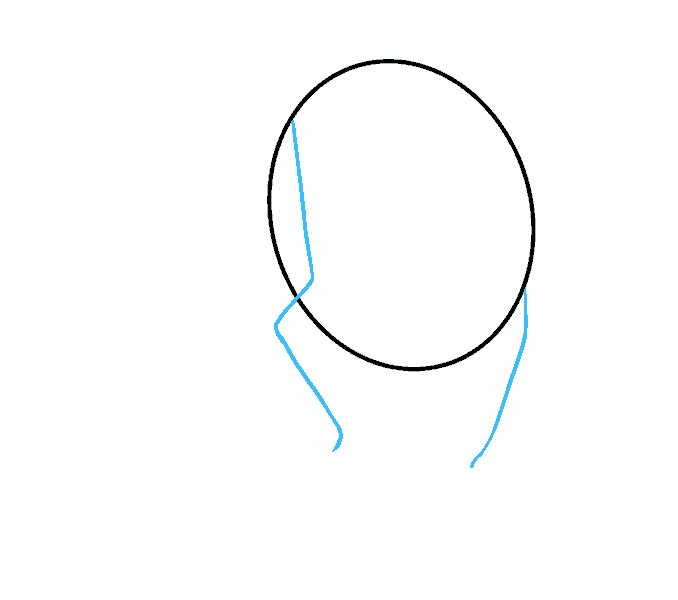 Draw a curved line extending from one side of the oval, and a series of connected, straight lines of varying lengths on the opposite side. 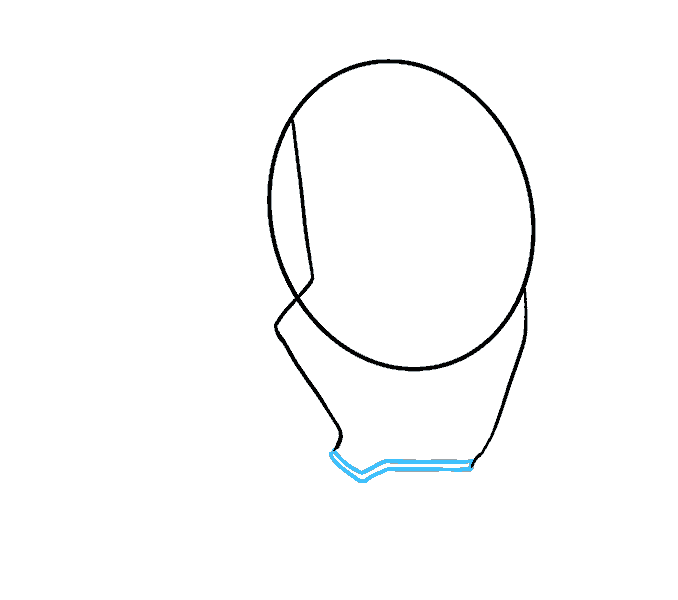 Connect the lines using a parallel series of straight lines of various lengths. 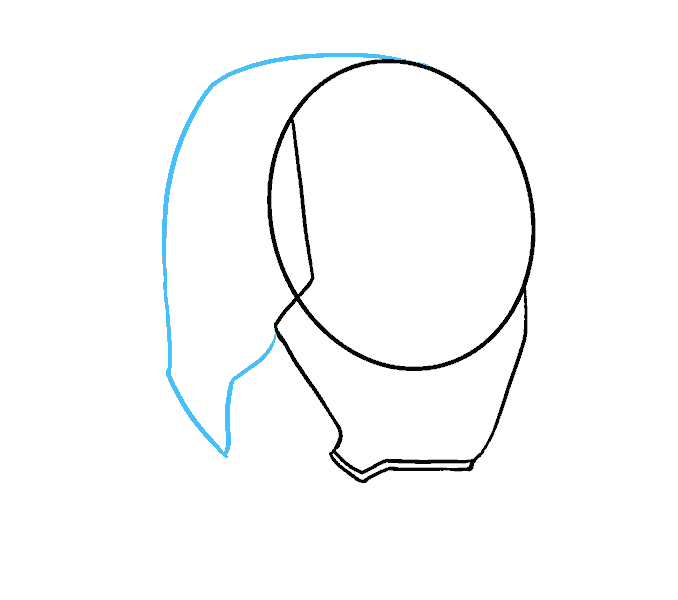 Draw a long, curved line extending from the top of the mask. From this, draw a shorter, straight line. Connect it to the side of the mask using a curved line. 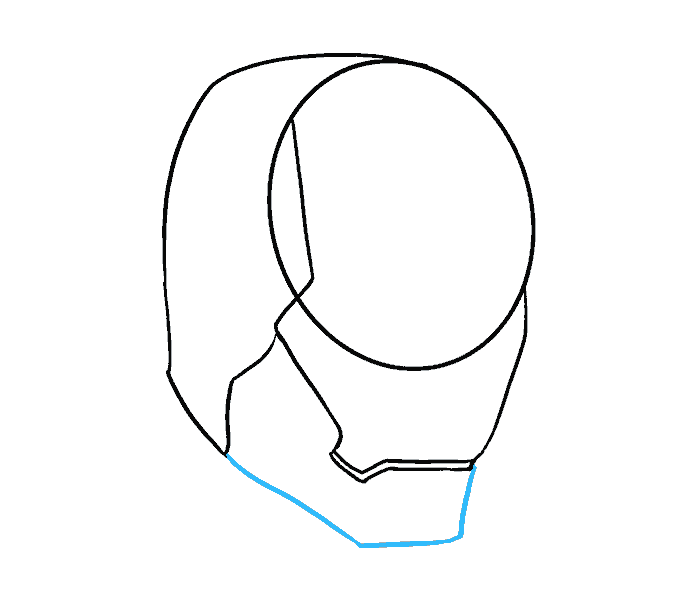 Draw Iron Man's chin. Extend a straight line from the bottom of the mask, and from this line a horizontal straight line. Connect it to the side of the mask using a slightly curved line. 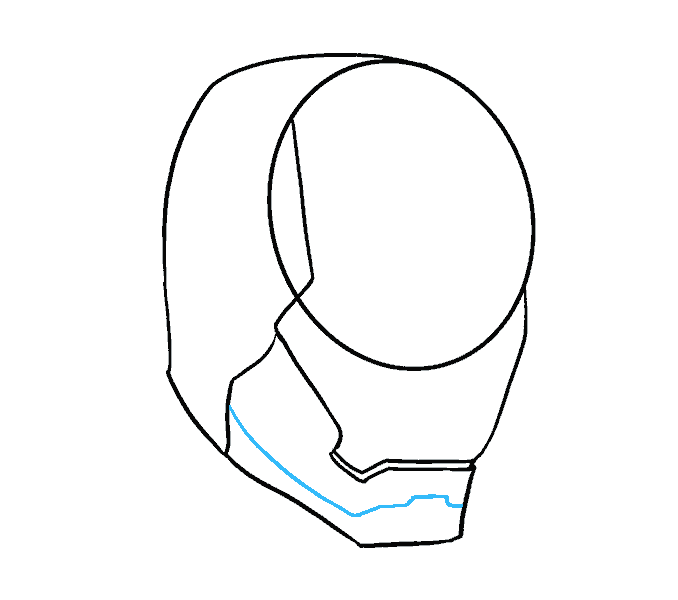 Within the shape enclosed in the previous step, draw a long, curved line. Then, across the chin, draw a series of connected, short, straight lines. 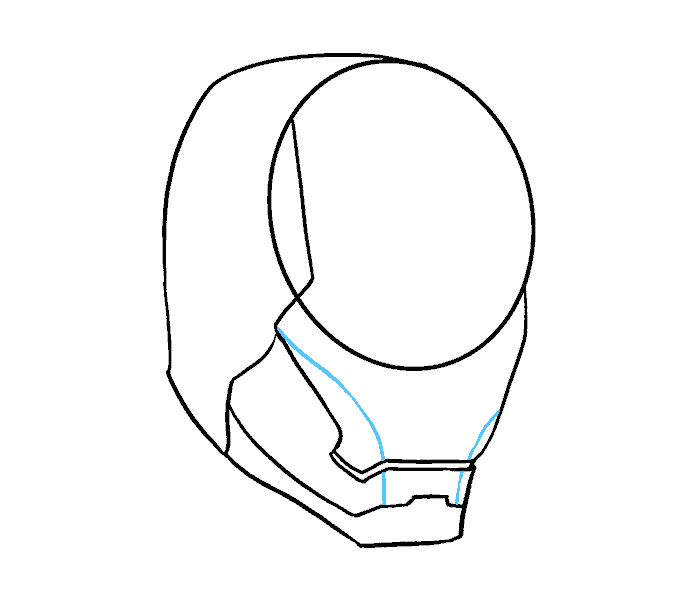 Draw a pair of curved lines extending from the chin to the sides of the face. 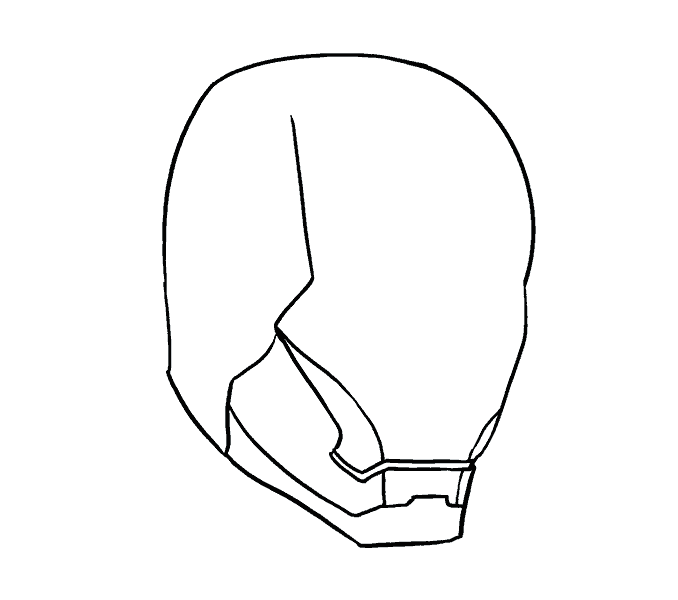 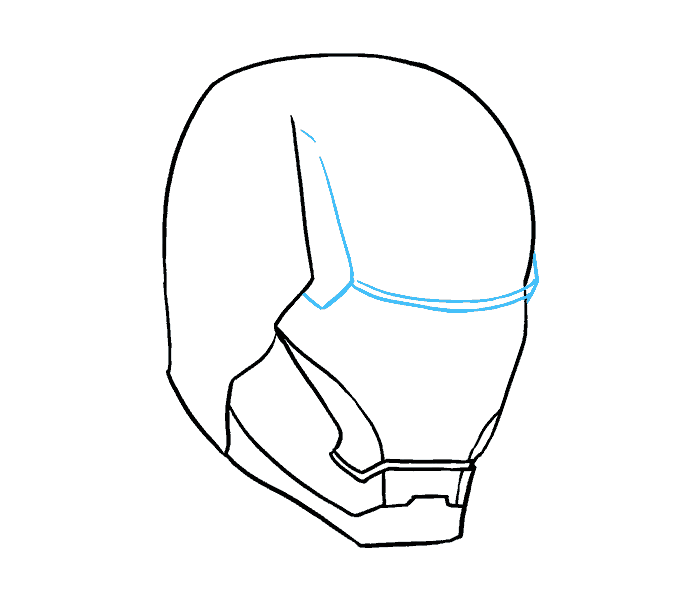 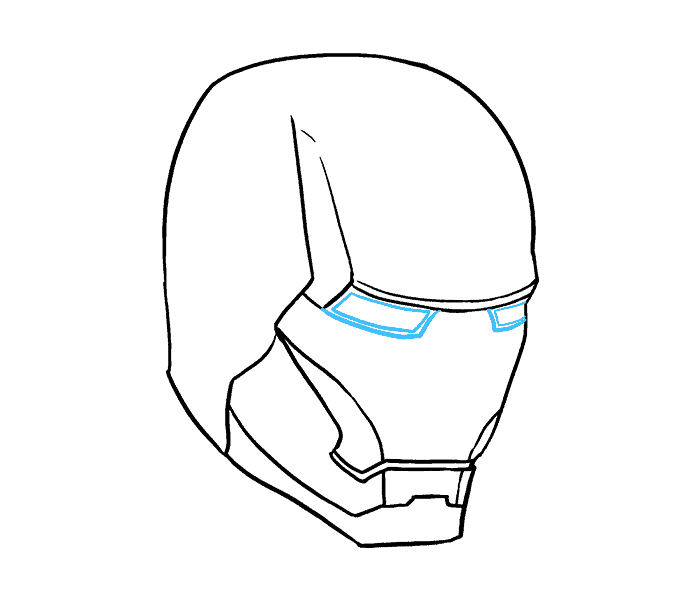 Draw Iron Man's eyes. On each side of the face, just below the brow, enclose a rectangular shape using two slightly curved lines. Within each shape, draw another, slightly smaller, slanted rectangle. 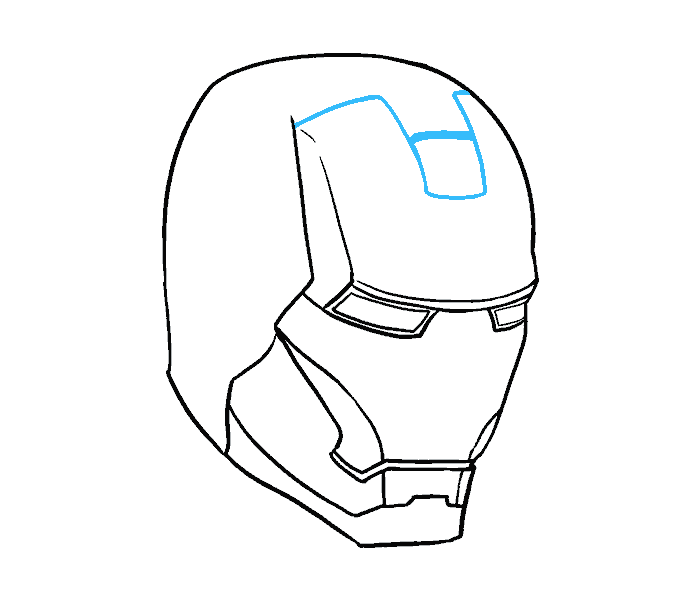 Detail the top of the mask. Draw a square in the middle of the head, and extend lines upward from the square on each side. Connect these lines to the sides of the mask using straight lines. 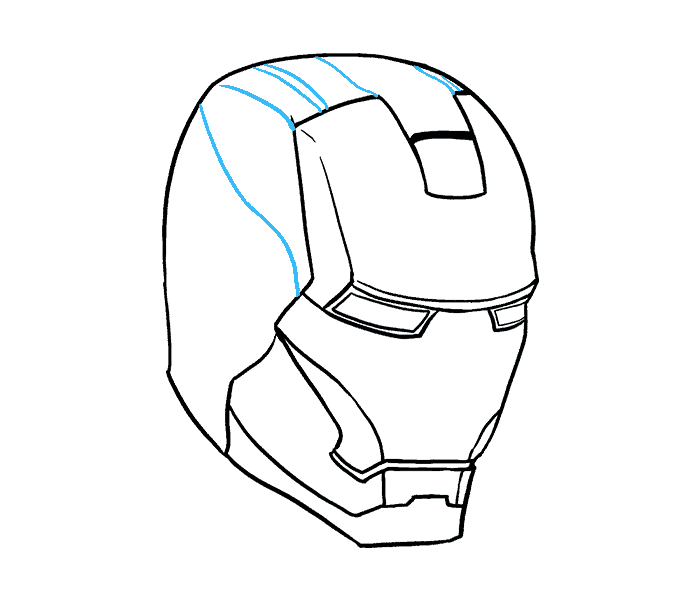 Continue to detail the mask. Draw a series of curved lines connecting the straight lines to the back of the head. Draw a curved, loosely "S" shaped line across the side of the mask. 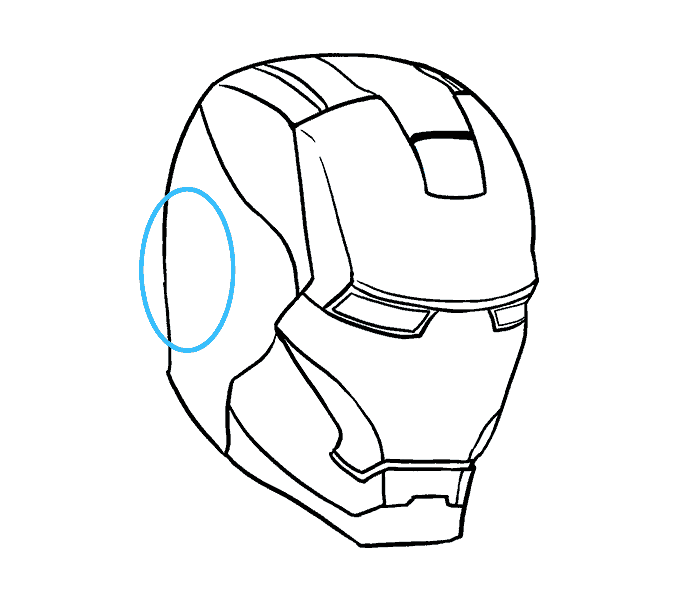 Draw an oval that resembles an ear on the side of the mask.

How to Draw Optimus Prime from Transformers 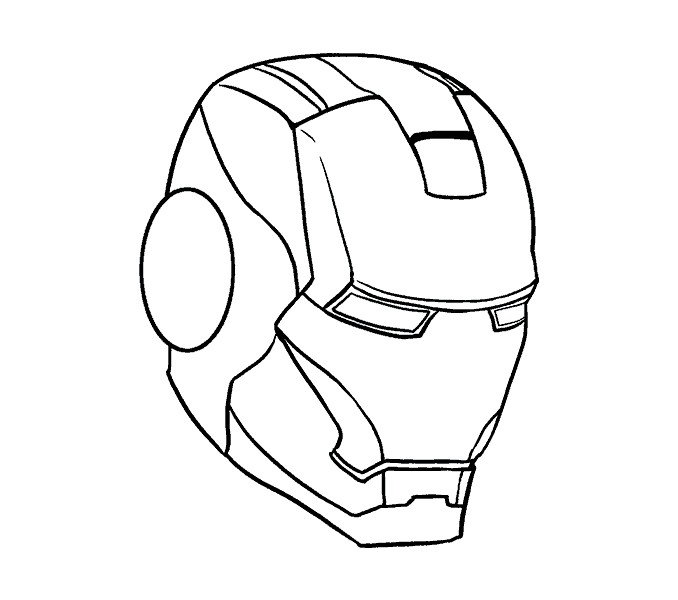 Erase the guide line from within the oval. 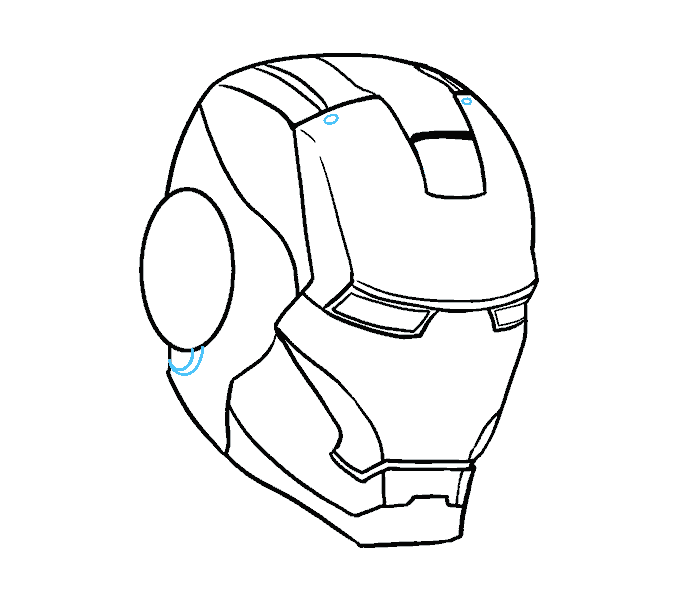 Add more details to the mask. Draw two curved lines beneath the oval, meeting in a point. Draw two small ovals below the lines on the top of the head. 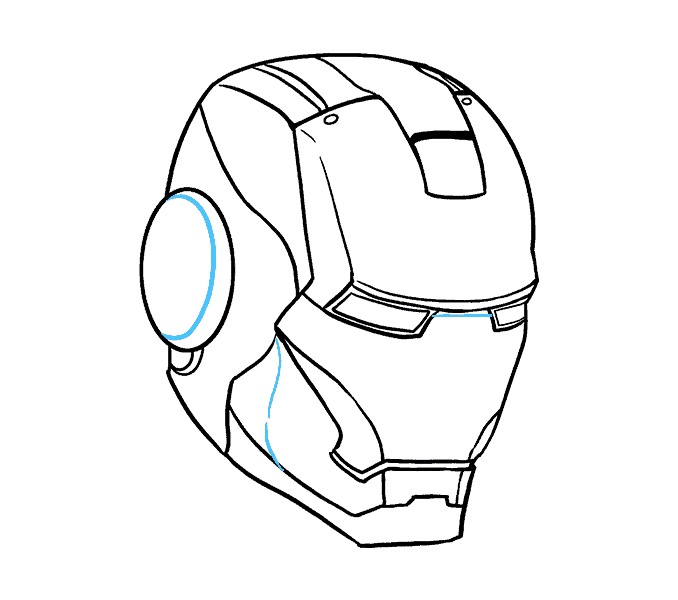 Draw a curved line within the large oval, enclosing a smaller oval. Draw a straight line between the eyes, and curved lines across the cheek. 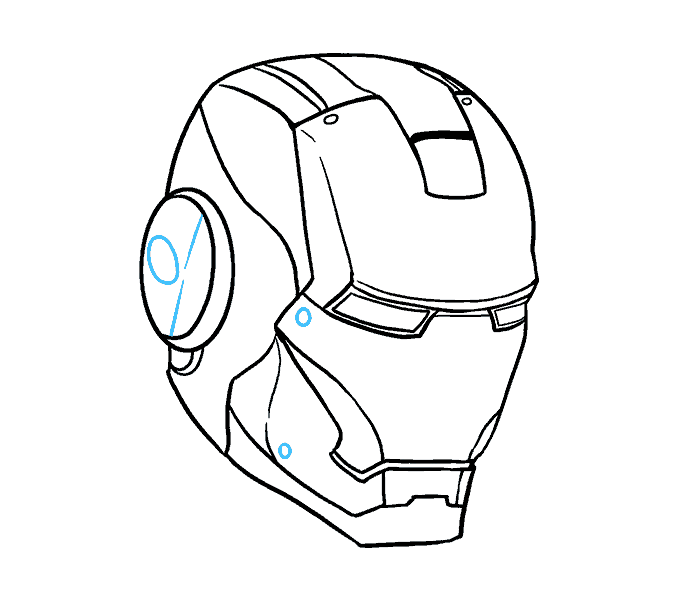 Draw another small oval within the ear-like oval, along with vertical lines. Draw small circles on the side of the face. 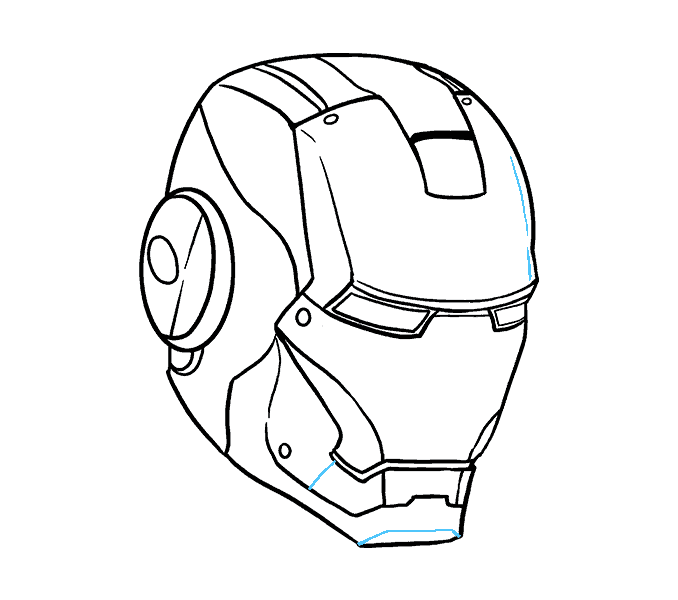 Enclose a trapezoid along the bottom of the chin using three straight lines. Connect the jaw to the mouth using a straight line, and add depth to the forehead with a few slightly curved lines. 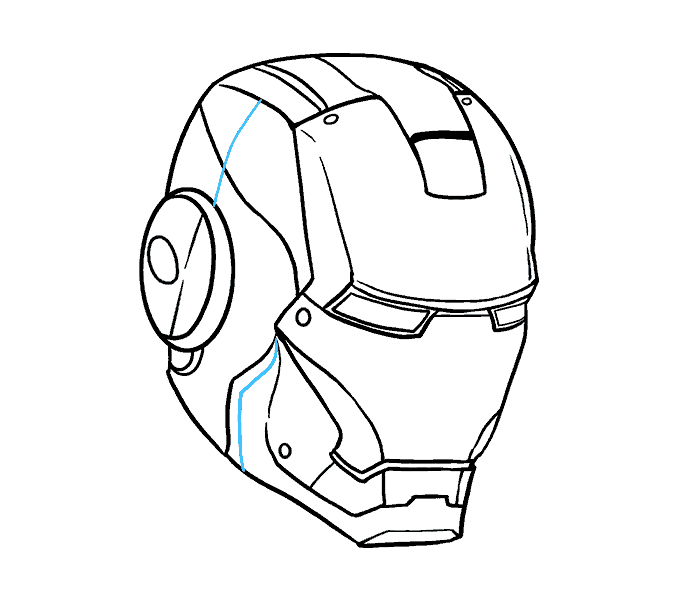 Draw a line from the ear-like oval to the top of the head, and draw a curved line along the back side of the jaw.

Color Iron Man's mask. His mask is typically red and gold in color.