Easy Drawing Guides > easy, landscape, other > How to Draw Waves 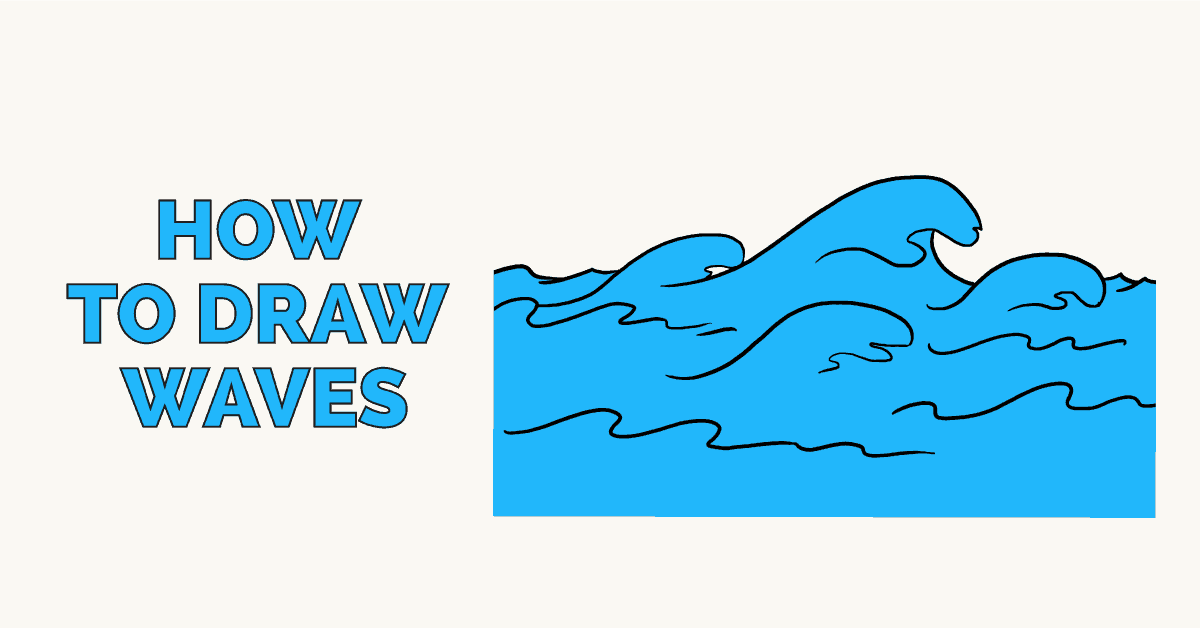 Waves result from the wind blowing across the surface of an ocean, sea, or lake. These waves, called wind waves, whip up the water, first into ripples. These ripples can grown to become hundreds of feet (tens of meters) high.

Groups of waves traveling in the same direction are called swells. Unusually large wind-generated waves are known as rogue waves.

Waves can also be caused by earthquakes beneath the seafloor. Very large and destructive waves of this sort are called tidal waves or tsunamis.

This type of wave can also originate with a falling meteorite or on underwater explosion.

Waves are an intrinsic part of any trip to the beach. Many people find the sound of crashing waves to be soothing, and they may wash delicate seashells ashore.

In addition to their beauty, waves are sought after as a component of some water sports, such as surfing and wind sailing.

Would you like to draw an ocean full of waves? Doing so is simple with the help of this easy, step-by-step drawing tutorial. You will need only a pencil and a sheet of paper.

In each step, you will see a detailed illustration in addition to explanatory text. Take special note of the blue lines in each picture; these indicate new lines to be added to your drawing.

When finished, you may wish to color your waves using colored pencils, crayons, markers, or paints.

If you liked this tutorial, see also the following drawing guides: Clouds, Nemo, and Boat.

1. Begin by drawing a curved line. This forms the crest of the first wave.

2. Draw another, larger curved line connected to the first. This forms the second wave.

4. Every wave has a frothy portion at the top, often called a whitecap. Draw the whitecap of the central wave using a wavy, curved line.

5. Draw a whitecap on the small wave using a wavy, curved line.

7. Draw another wave in the foreground. Use a long, curved line for its top and a squiggly line for the whitecap.

8. Add the detail of turbulence to the water. Draw wavy, curved lines between the waves.

9. Draw more wavy lines in the foreground. In the background, draw choppy water by allowing short, curved lines to come to a point.

The Complete Waves Drawing Tutorial in One Image

How to draw: Waves - all drawing steps 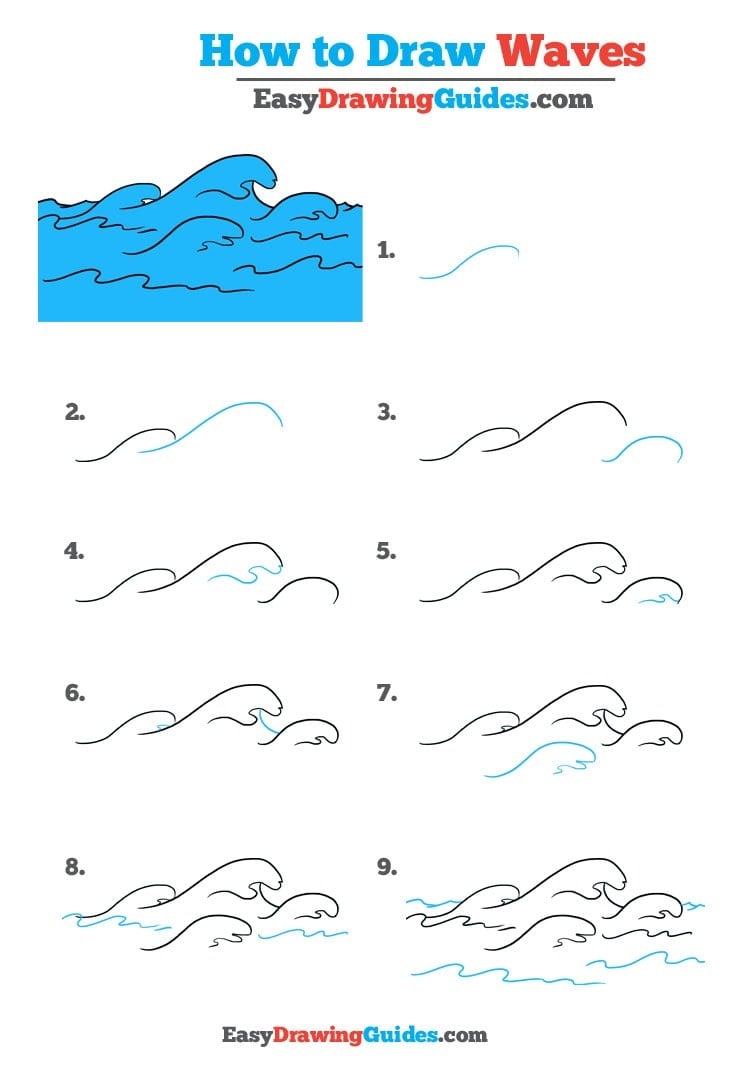