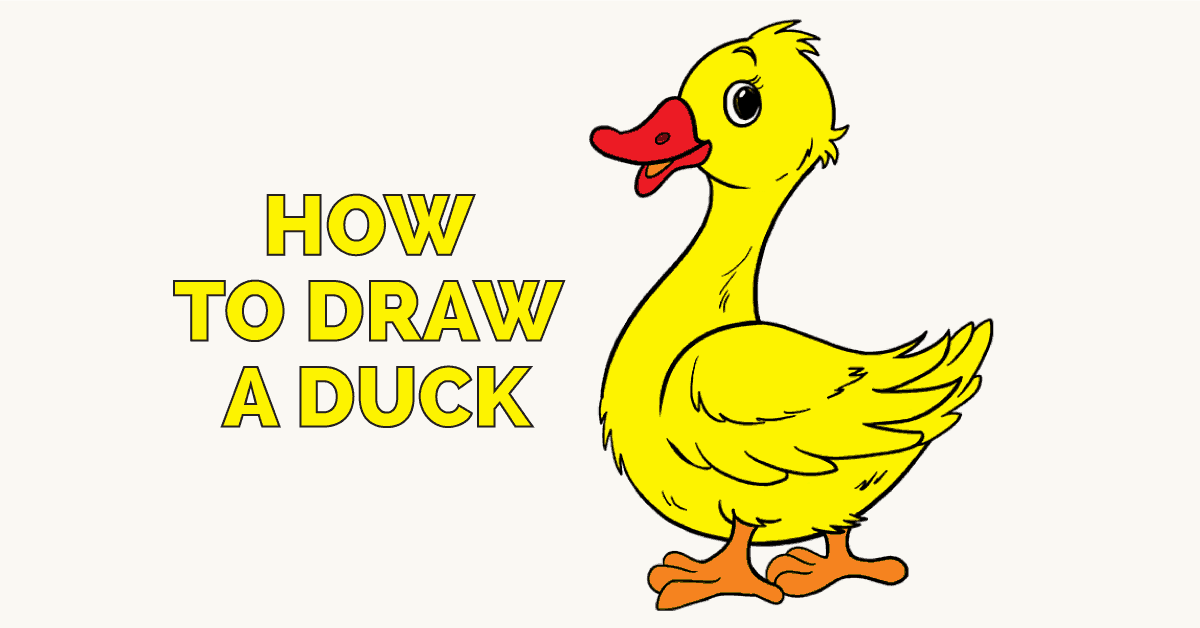 In a 2002 study conducted by psychologist Richard Wiseman, ducks were found to be the animal most associated with humor, jokes, and silliness in numerous cultures. It is no wonder, then, that ducks are among the beloved characters of longstanding, entertaining cartoons.

Perhaps the most famous cartoon duck is Disney's Donald Duck, who first appeared in 1934. The Disney universe is inhabited by many other duck characters as well, including Donald's girlfriend Daisy Duck, his uncle Scrooge McDuck, and his nephews, Huey, Dewey, and Louie.

Another well-known cartoon duck is the Looney Tunes’ Daffy Duck, who made his debut just three years after Donald. Daffy also has a cartoon family of similar characters, including Daphne Duck, Melissa Duck, and Plucky Duck.

Would you like to be able to draw your very own duck? Now you can, with the help of this simple, step-by-step drawing tutorial. All you will need is a pencil and a piece of paper. Optionally, you may want to use an eraser to clear guide lines and correct mistakes. If you wish to color your finished drawing, you may use colored pencils, crayons, markers, or paints.

Each step in this easy drawing guide includes both written instructions and an illustration. In each illustration, lines added in previous steps will be shown in black, whereas those to be added in the current step are highlighted in blue.

If you liked this tutorial, see also the following drawing guides: Eagle, Raven, and Hummingbird.

Step-by-Step Instructions for Drawing a Duck 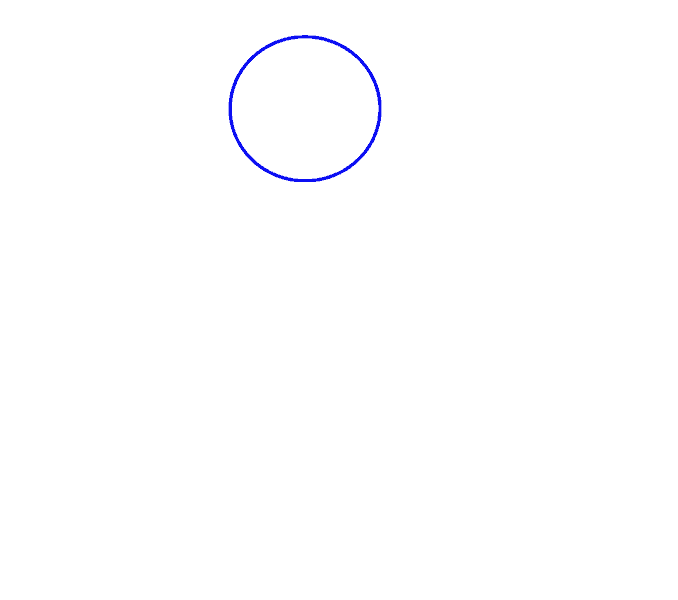 Begin by drawing a circle. This will form the duck's head. 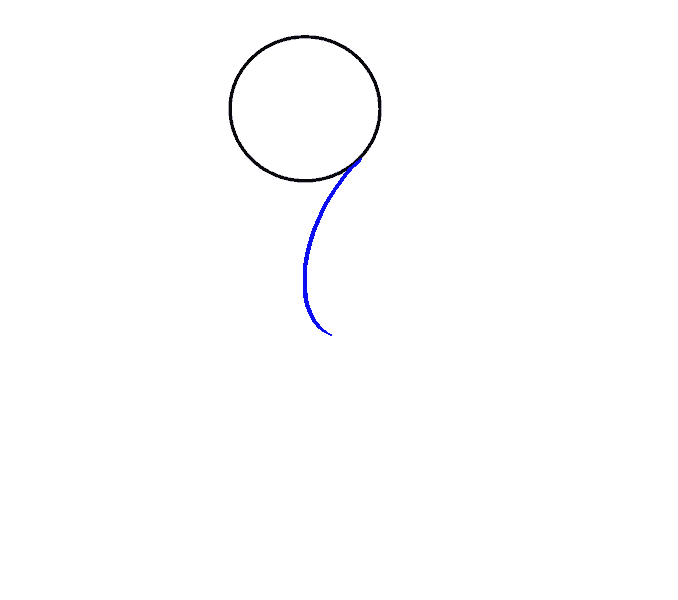 Draw a long, curved line extending downward from the circle. This will form the back of the duck's neck. 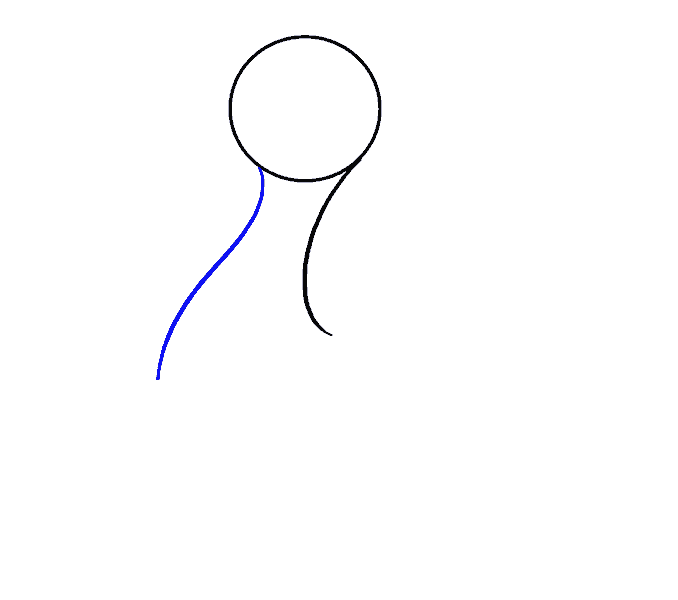 Draw another long, curved line extending downward from the head, to outline the front of the neck. 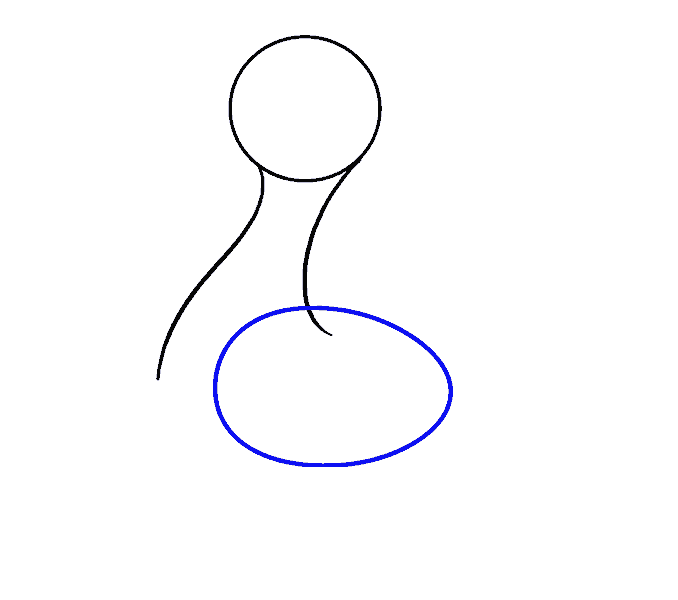 Draw a large oval at the base of the neck. This outlines the duck's wing. 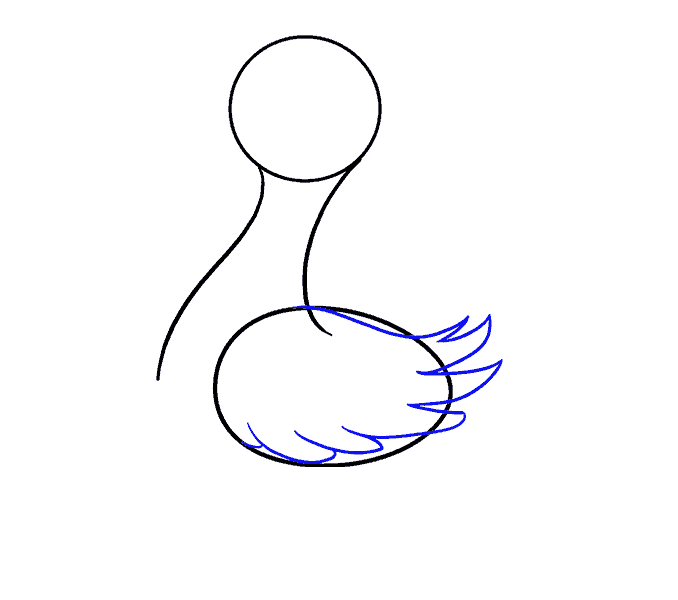 Beginning within the outline of the wing, draw a series of curved lines to detail the feathers of the wing. For the wingtip, allow the lines to extend past the oval and meet in sharp points. On the bottom side of the wing, the feathers will be shorter and more rounded, using "U" shaped lines. 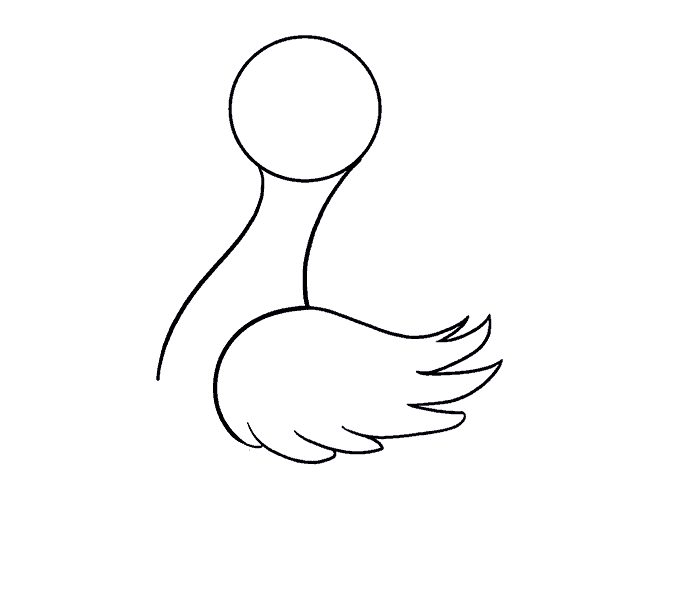 Erase the guide lines from around the wing. 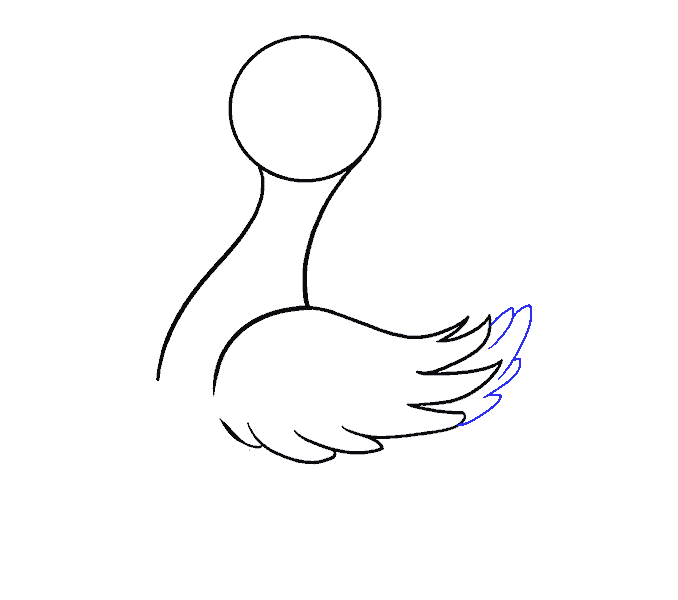 Using a series of connected, curved lines, extend more feathers past the tip of the wing. This will form the duck's tail. 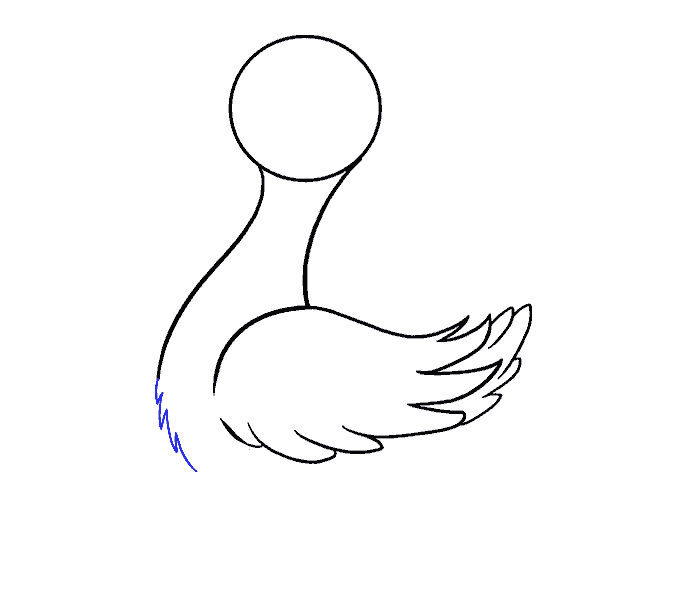 Add a rough of feathers to the duck's chest using short, curved lines that connect in downward facing jagged points. 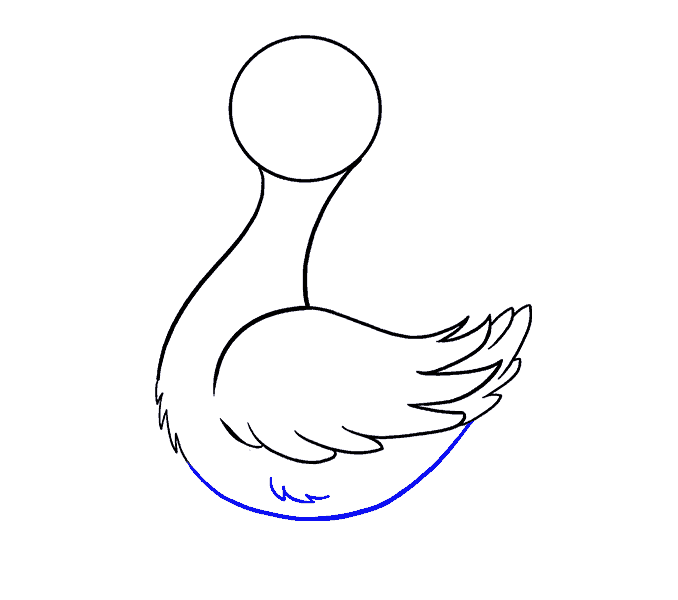 Enclose the duck's body by drawing a long, curved line from the duck's chest to its tail. Add the detail of feathers below the wing using short, curved, connected lines. 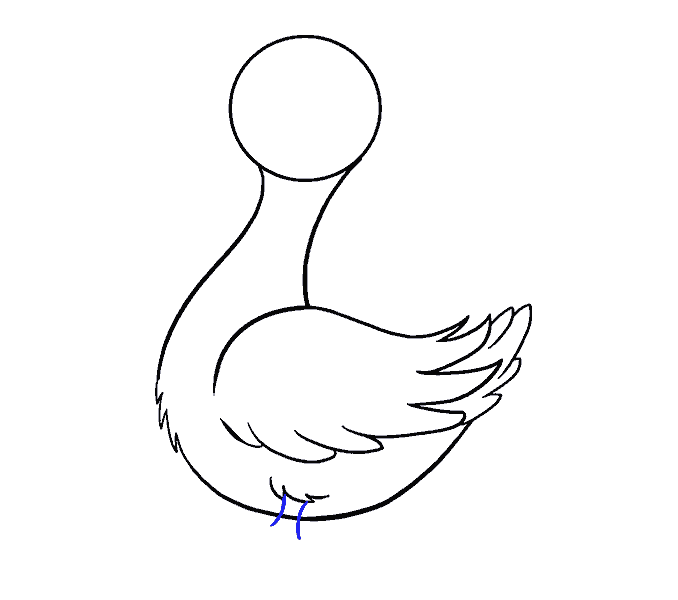 From this tuft of feathers, begin the leg by drawing two short, curved lines. 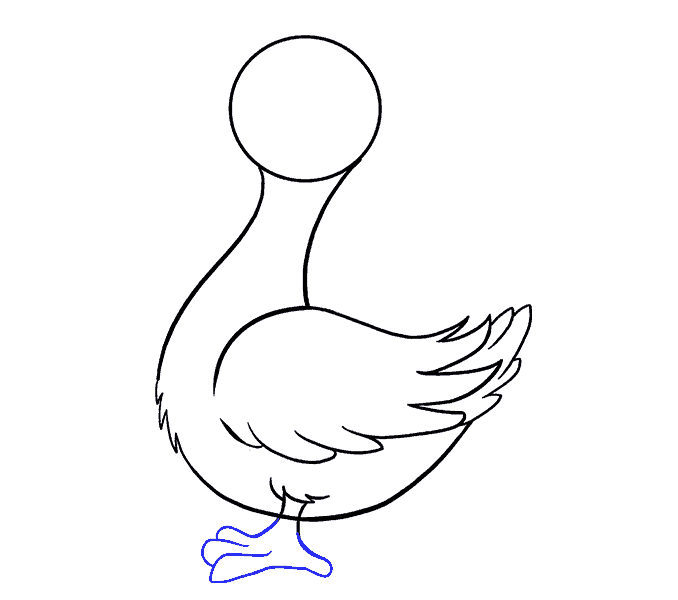 Use a series of "U" shaped lines to draw the foot. Extend one toe to the back of the foot using a "U" shaped line, and several toes facing the front. 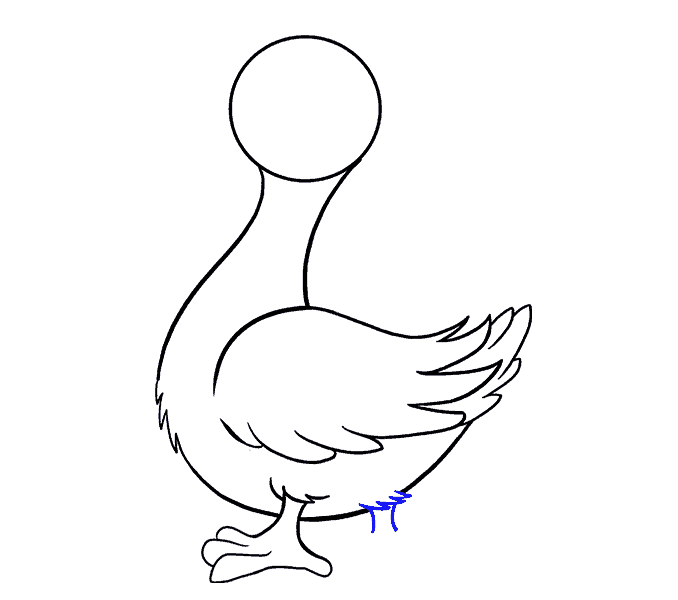 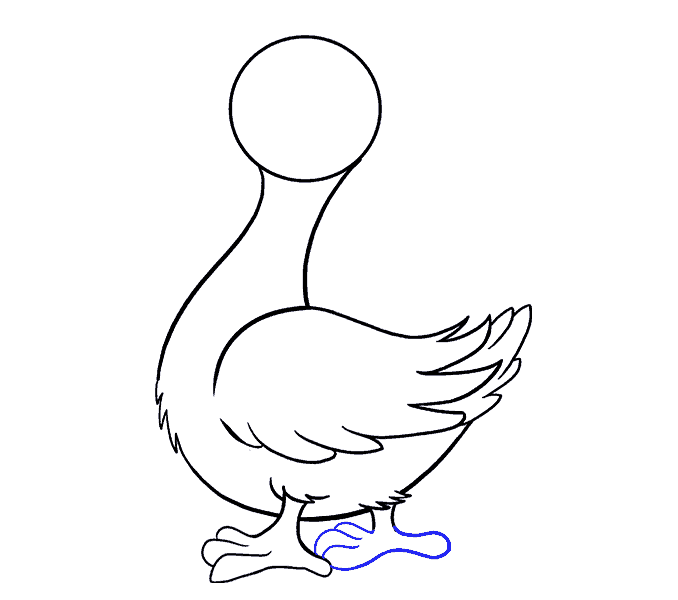 Draw the second foot in similar fashion to the first, by connecting and overlapping several "U" shaped lines. 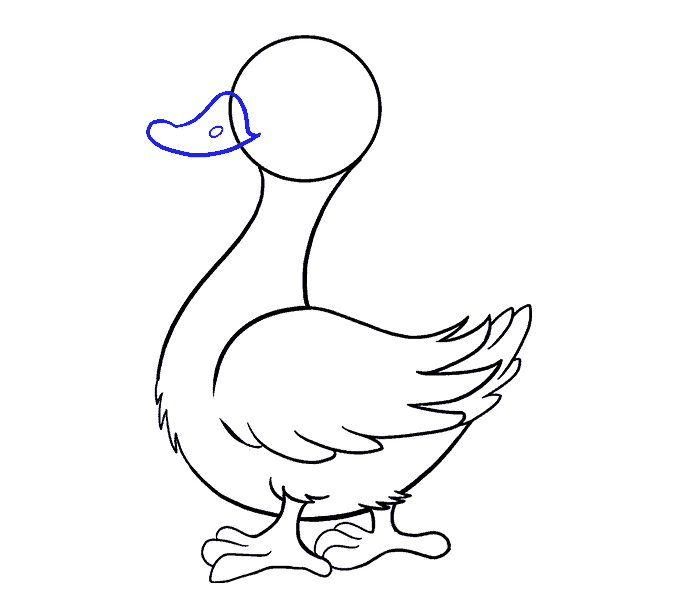 Draw the beak. Extend a curved line from the face, and enclose an irregular shape. Draw a small oval within the shape to form the nostril. 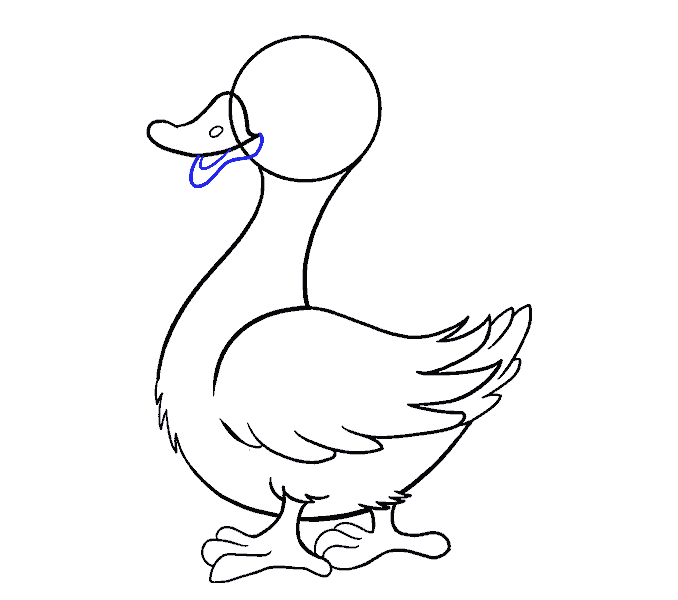 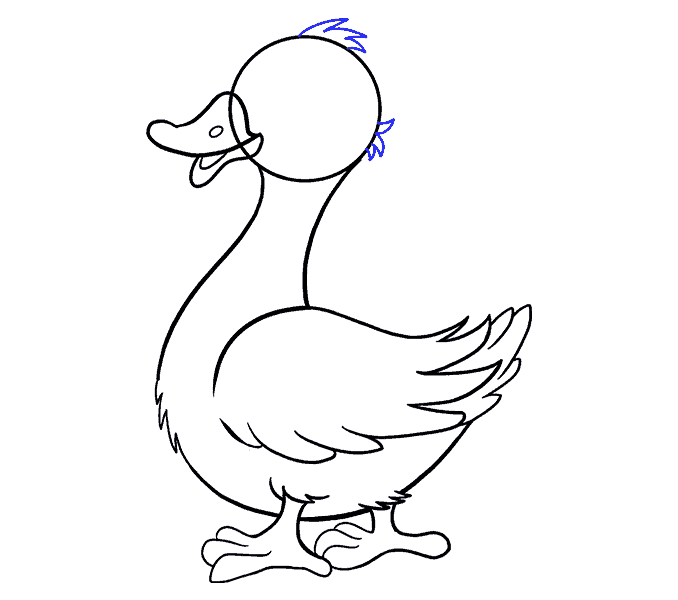 Draw tufts of feathers extending from the top and back of the head using short, curved lines connected in jagged points. 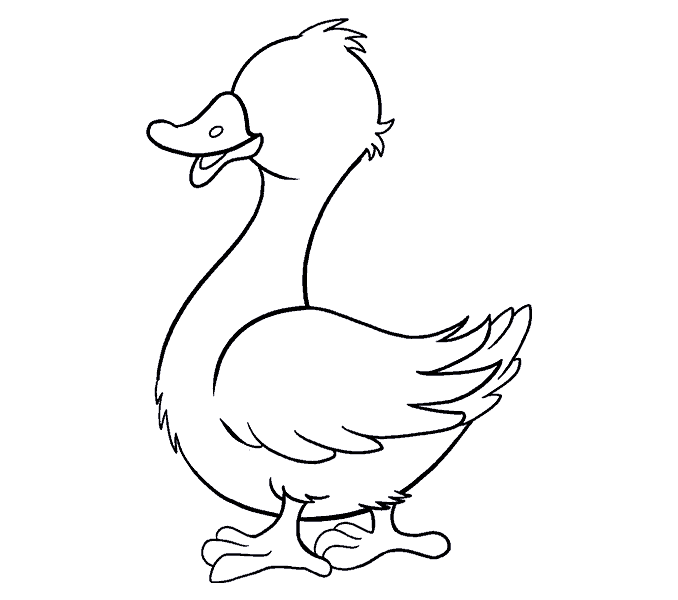 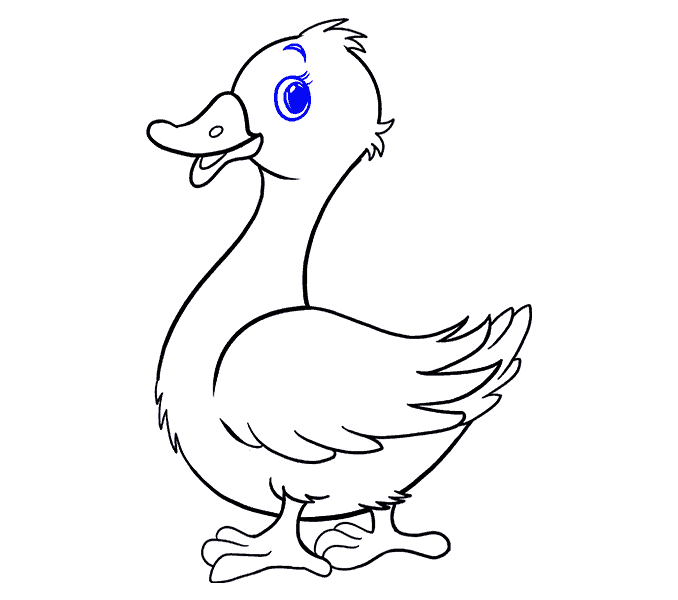 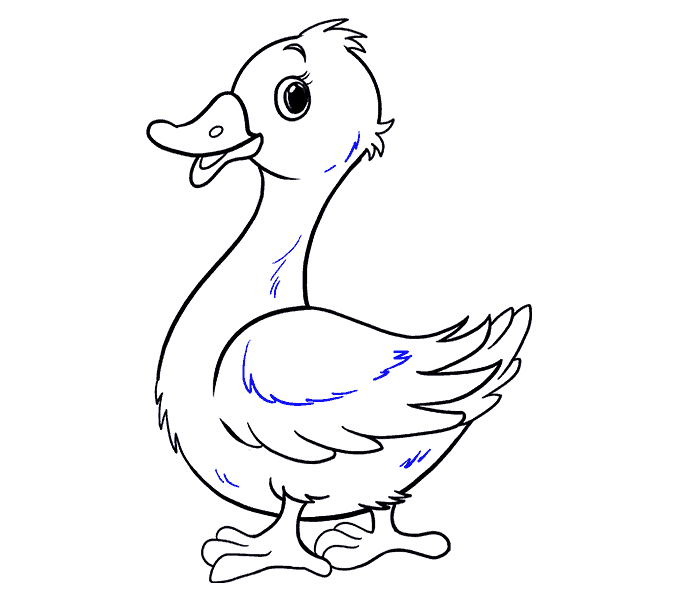 Add the detail of feathers to the head, neck, stomach and wing using short curved lines. 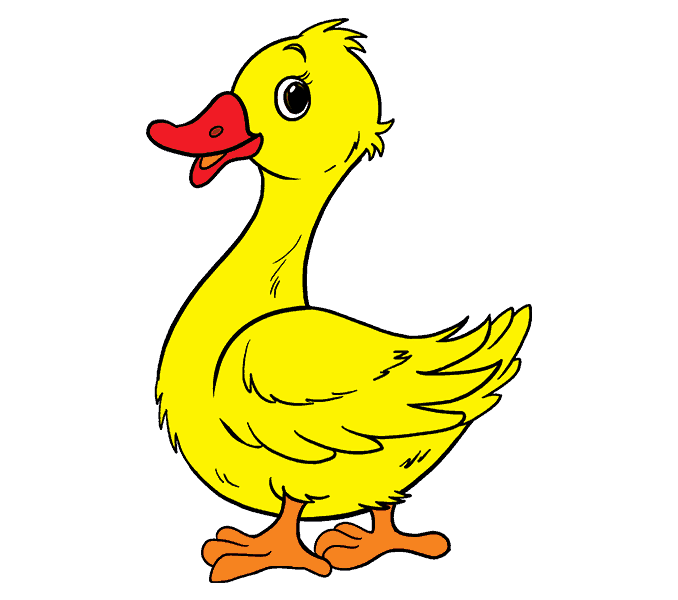 Color the duck. Ducks can come in many colors - ducklings are often yellow. Adult ducks may be solid white or flecked in shades of white, brown, black, and even green.