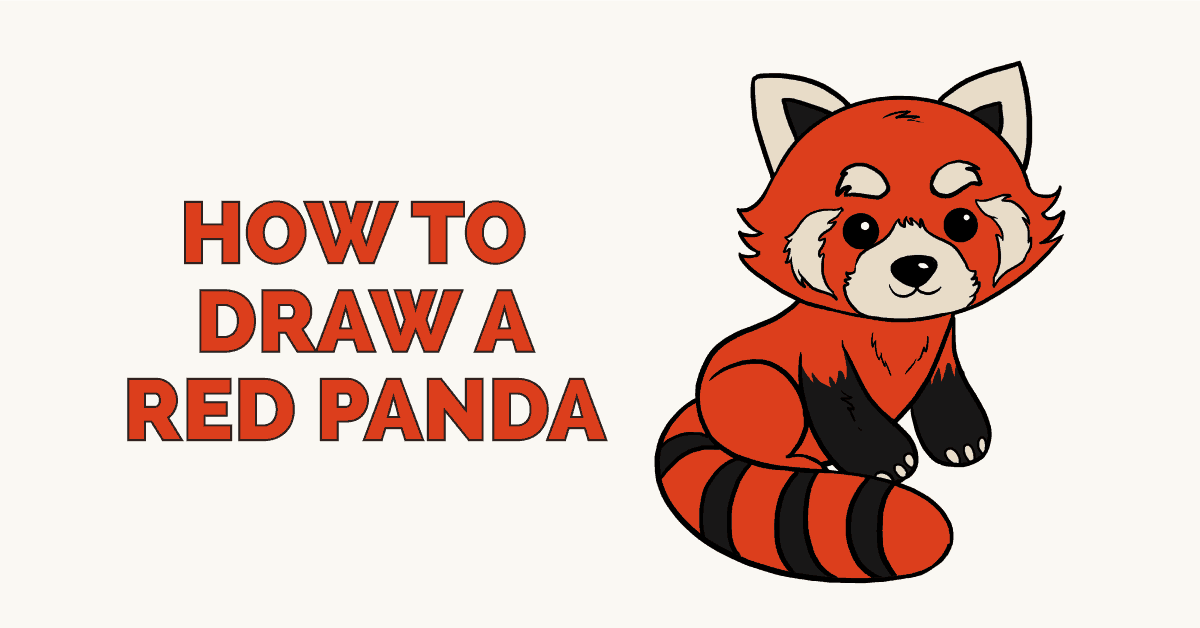 Did you know that the red panda isn't a panda bear at all? It was once thought to be a relative of the panda because it lives in the same area and observes a similar diet, consisting mainly of bamboo.

Other researchers thought it a cousin of the raccoon, due to its mask and ringed tail. At one time it was called a "bear-cat," but it is not a cat, either. Now, however, scientists class the red panda in a family all its own, as it is unlike any other animal.

Red pandas are gentle animals that are easy to tame, which sadly lands them in the illegal pet trade. Many of these animals find homes in zoos, where their climbing antics make them a visitor favorite.

Would you like to draw a red panda? Now you can, with the help of this easy, step-by-step drawing tutorial. All you will need is a pencil, a sheet of paper, and an eraser. You may also wish to have handy colored pencils, crayons, or something similar in shades of red and brown to color your finished drawing.

​Step by Step Instructions for Drawing​​​ a​ ​Red Panda

2. ​​​​​​Next, extend a curved line beneath the head. Double the line back upon itself, enclosing a rounded shape, outlining the body.

3. ​​​​​​On one side of the head, extend a short, curved line. Then, draw several curved lines, meeting in points, forming a zigzag pattern. Then, use a longer curved line to connect the zigzag to the chin. Repeat this process on the other side to form a mirror image.

4. ​​​​From the middle of the body, extend a curved line. Allow the line to cross outside the body, then double back upon itself. This forms one of the panda's front legs. Enclose another, similar shape using a curved line to form the other leg. 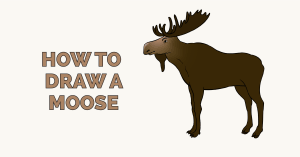 7. ​​​​​​​Enclose small oval shapes at the tip of each paw, indicating claws. Band the tail with sets of parallel curved lines, indicating stripes.

8.​​​ ​​​​​​For each ear, enclose a triangle, and a smaller triangle within it. Draw two circles in the middle of the face to form the large eyes. Draw a tiny circle within each eye, and shade around it. Above each eye, draw a sideways "U" shape. Then, enclose the end of each "U" using a series of short, curved lines that meet in jagged points. These form the panda's eyebrows.

9.​​ ​​​​​​​​​​Add the final details to your red panda. Draw an upside down, rounded triangle shape to form the nose. Place a small oval within it, and shade around it. Beneath the nose, sketch two curved lines like a rounded "W" to form the mouth. Enclose the mouth and the area between the eyes using short, curved lines that meet in jagged points. Use similar lines to enclose a curved shape on each cheek. Finally, add the texture of fur to the top of the head, chest, and foreleg using short lines.

10. ​​​​​ ​​​​​​Color your red panda. In the wild, red pandas have reddish brown fur, black chests and paws, white ears and face patches, and darker brown rings around the tail.

The Complete Red Panda Drawing Tutorial in One Image

How to draw: Red Panda - all drawing steps