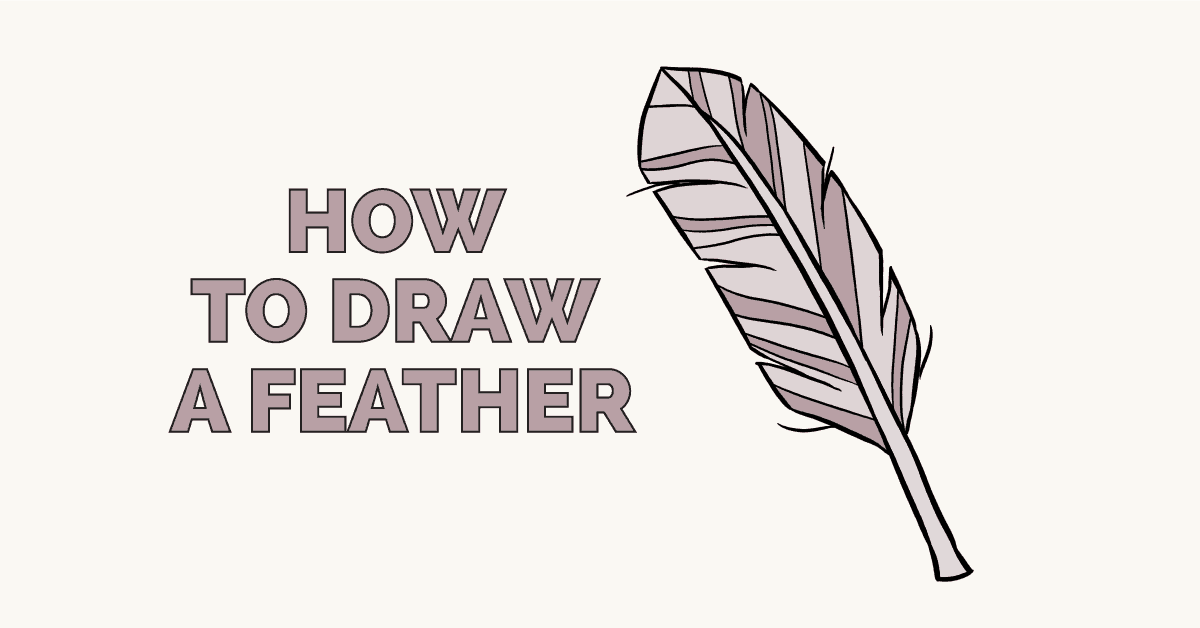 "Birds of a feather flock together." - Maxim dating to the sixteenth century.

Birds are the only extant creatures that grow feathers rather than scales or fur (it is thought that some dinosaurs or other ancient creatures may have borne feathers as well).

Feathers serve a wide range of purposes for the animals that wear them. Tough flight feathers enable most bird species to fly - some, such as the wandering albatross, may stay aloft for a year or more without landing!

Soft down feathers keep many birds warm in frigid temperatures. The feathers of water birds, such as ducks or penguins (learn to draw a duck or penguin), even keep out moisture so that the bird's skin remains dry.

People in cultures around the world have long used feathers for greatly divergent purposes.

Pillows, bedding, and clothing were stuffed with feathers for added warmth. Feathers attached to the end of an arrow helped it to reach its target, and quill pens were feathers dipped in ink and used as writing or drawing implements.

To the Native Americans, eagle feathers are, to this day, sacred religious objects used in ceremonial headdresses and ritual objects. Rooster feathers are still used to decorate men's and women's hats, jewelry, and hair accessories.

Would you like to draw your very own feather? All you will need is a pencil, a sheet of paper, and this handy, simple, step-by-step drawing tutorial.

Notice that in each step, new lines are highlighted in blue, and explanatory text accompanies each illustration. If you wish to color your finished drawing, you may use crayons, colored pencils, markers, or paints.

If you liked this tutorial, see also the following drawing guides: Clouds, Star, and Heart.

Step-by-Step Instructions for Drawing a Feather

1. Begin by drawing a long, slightly curved diagonal line. This line will form the shaft, or central "trunk" portion of the feather.

2. Draw a second, slightly curved line alongside the first. Allow the two lines to meet in a point at the top.

3. Enclose the bottom of the shaft, the area called the quill, using a series of short, curved lines.

4. Extend a short, straight line from the tip of the feather. From this uppermost point, draw two curved lines angled back toward the feather.

6. Add detail to your feather. Extend pairs of curved lines from the outline of the feather toward the shaft. Before reaching the shaft, allow the lines to meet in sharp points, enclosing narrow triangles.

7. Erase guide lines from the feather. The triangles drawn in the previous step now appear as indentations between the vane, or branches, of the feather.

8. Draw short, curved lines near the base of the feather and from the center of some of the indentations. The vane of a feather typically sticks together due to friction between the barbs and barbules - smaller branches - but these lines indicate fibers that are not sticking together.

9. Add further detail of vane to your feather by drawing curved, wavy lines between the shaft and the edges of the feather.

10. Color your feather. In our example, the feather is striped in bands of brown, but birds - and therefore their feathers - come in all the colors of the rainbow. Raven feathers, for example, are black, and flamingo feathers are pink. Goldfinches have bright yellow feathers, and parrot feathers may be red, blue, green, or orange. What type of bird did your feather come from? The choice is yours.

The Complete Feather Drawing Tutorial in One Image

How to draw: Feather - all drawing steps