Skip to content
Easy Drawing Guides > easy, landscape, other, summer > How to Draw an Island 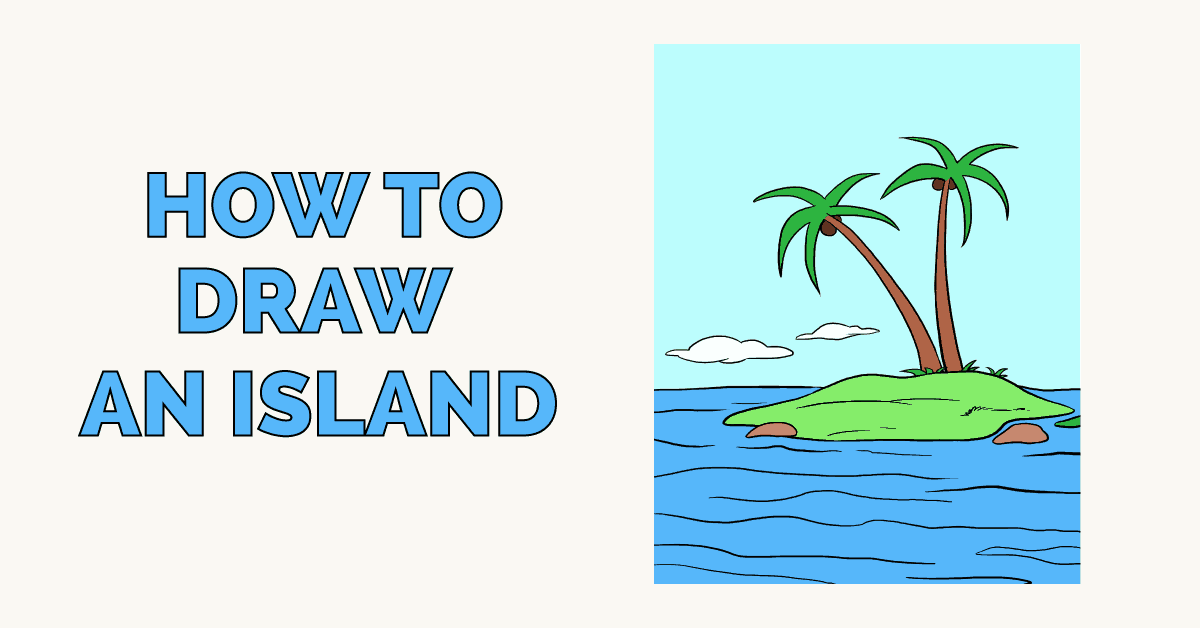 By definition, an island is "a tract of land surrounded by water and smaller than a continent." Did you know? In 1881, a British army general declared that he had found the Garden of Eden of biblical lore. He had actually landed on Vallée de Mai, and island of the Seychelles now declared a World Heritage Site. Christopher Columbus thought something similar when he landed on the island of Hispaniola (today, the Dominican Republic and Haiti).

One island off the coast of Brazil, called Snake Island, is inhabited by a huge population of golden lancehead vipers, one of the deadliest snakes in the world. No people are allowed to visit the island, except scientists and military personnel.

In popular culture, the term island has come to describe other things that stand alone. For example, tended gardens or grassy areas within a parking lot are known as "islands." In 1965, the rock group Simon and Garfunkel released the song "I Am a Rock," in which a hermit-like person is described as an island. The lyrics say, in part, "I am a rock, I am an island. And a rock feels no pain. And an island never cries."

Today, islands are often used to represent vacations, travel, the tropics, and affluence. Would you like to draw your very own island? Doing so is easy with the help of this simple, step-by-step drawing tutorial. All you will need is a pencil, a sheet of paper, and a good eraser.

If you liked this tutorial, see also the following drawing guides: Volcano, Grass, and Waterfall.

Step-by-Step Instructions for Drawing an Island

1. To begin drawing your island landscape, you will first draw the sea that surrounds it. Draw a wavy horizon line - the line that marks where the water meets the sky. In the foreground, draw wavy lines of various lengths, some very short and others nearly as long as the horizon.

2. Outline your island. Do so using a long, curved line to enclose an irregular, flattened shape. Notice that the shape extends above the horizon line.

3. Enclose a few rocks in the water around your island. Do so by enclosing small, irregular shapes using curved lines.

4. Erase the guide lines of the island from behind the rocks.

5. Add texture to your island. Indicate sand on the beach using overlapping curved lines. Draw a patch of grass near the beach using a jagged, zigzag line. At the top of the island, draw some individual blades of grass. Do so by using a pair of curved lines for each, allowing the lines to meet in a point at the top.

6. Draw the trunks of the palm trees. For each, extend two curved lines upwards from the island. The lines should be closer together at the top than at the bottom.

7. Draw the crown, or leafy portion, of one of the palm trees. At the top of the trunk, extend pairs of lines outward, allowing each to meet in a point. The pairs of lines should overlap, forming a star shape.

8. Draw the crown of the second palm tree. For each frond, or leaf, extend two curved lines, allowing them to meet in a point. Continue drawing connected fronds until the crown is completely enclosed, forming a star shape.

10. themed drawing tutorials, including How to Draw a Palm Tree.

The Complete Island Drawing Tutorial in One Image

How to draw: Island - all drawing steps