Skip to content
Easy Drawing Guides > easy, landscape, other, space > How to Draw the Sky 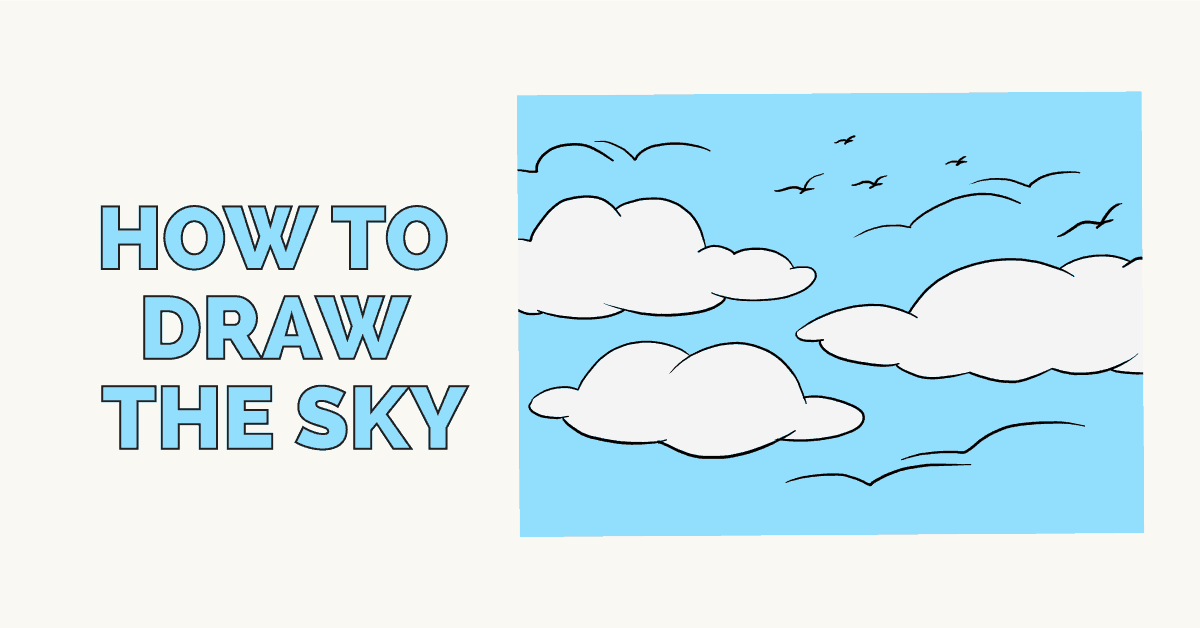 The sky has long been an object of fascination for humans. Since the dawn of time, he has looked to the stars, the clouds, the sun, and the rain, and drawn conclusions. In the sun, he saw a god who caused crops to grow as he made his daily march across the sky. In the stars and the clouds, he saw images of people, animals, and events of the past.

Scientifically, the sky, also called the celestial dome or sphere, is “everything that lies above the surface of the Earth, including the atmosphere and outer space.” Culturally, the sky was often considered the realm of the gods. In the religion of ancient Egypt, the sky itself was regarded as consisting of the goddess Nut and the god Horus. Sky gods were often considered to be creators of the earth and humanity and the bringers of weather – whether good or bad.

It has only been in very recent history that man has ventured forth in this unknown realm. It was in 1903 that the first airplane took flight in Kittyhawk, North Carolina, U.S.A. By the 1960s, manned space flights were possible.

A classic question asked by young children is, “Why is the sky blue?” Parents may dread this seemingly unanswerable question, but there is, in fact, an answer. While the sky actually has no color, it appears blue because the earth’s atmosphere scatters the blue wavelengths of sunlight more readily than it does red light. Therefore, more blue light reaches our eyes than any other color in the spectrum.

Would you like to be able to add a detailed sky to your drawings? Doing so is easier than ever with the help of this simple, step-by-step sky drawing tutorial. All you will need is a pencil and a piece of paper.

You may also wish to use crayons, colored pencils, markers, or paints to color your finished drawing. The sky can come in a variety of colors – blue on a sunny day, orange or purple at sunset, and black at night.

In each step of this drawing guide, you will see an illustration as well as explanatory text. Pay special attention to the highlighted blue lines in each drawing. These indicate new lines to be added to your drawing.

Remember, when you are drawing, the sky’s the limit!

If you liked this tutorial, see also the following drawing guides: Sun, Airplane, and Clouds.

Step-by-Step Instructions for Drawing the Sky

1. Begin by outlining a cloud. Use several short, curved, connected lines to draw the top of your first cloud.

5. Begin drawing a third cloud, using short, curved lines that connect to give it a fluffy appearance.

7. Indicate additional clouds in the distance, using curved, loosely “M” shaped lines. These clouds will not be enclosed.

9. Draw a flock of birds in the sky. For each bird, sketch a simple outline. Begin with a loose, curving “M” shaped line. This indicates the bird’s open wings. Draw a short line at the downward point of the curved “M” to indicate the body, head, and tail.

10. Color your sky. Will it be a cheerful blue sky full of fluffy white clouds? A stormy sky with dark, foreboding storm clouds? A sunset sky washed in rosy hues? Or a night sky of bedarkened clouds and twinkling stars? Be creative, as the choice is yours.

The Complete Sky Drawing Tutorial in One Image

How to draw: Sky - all drawing steps 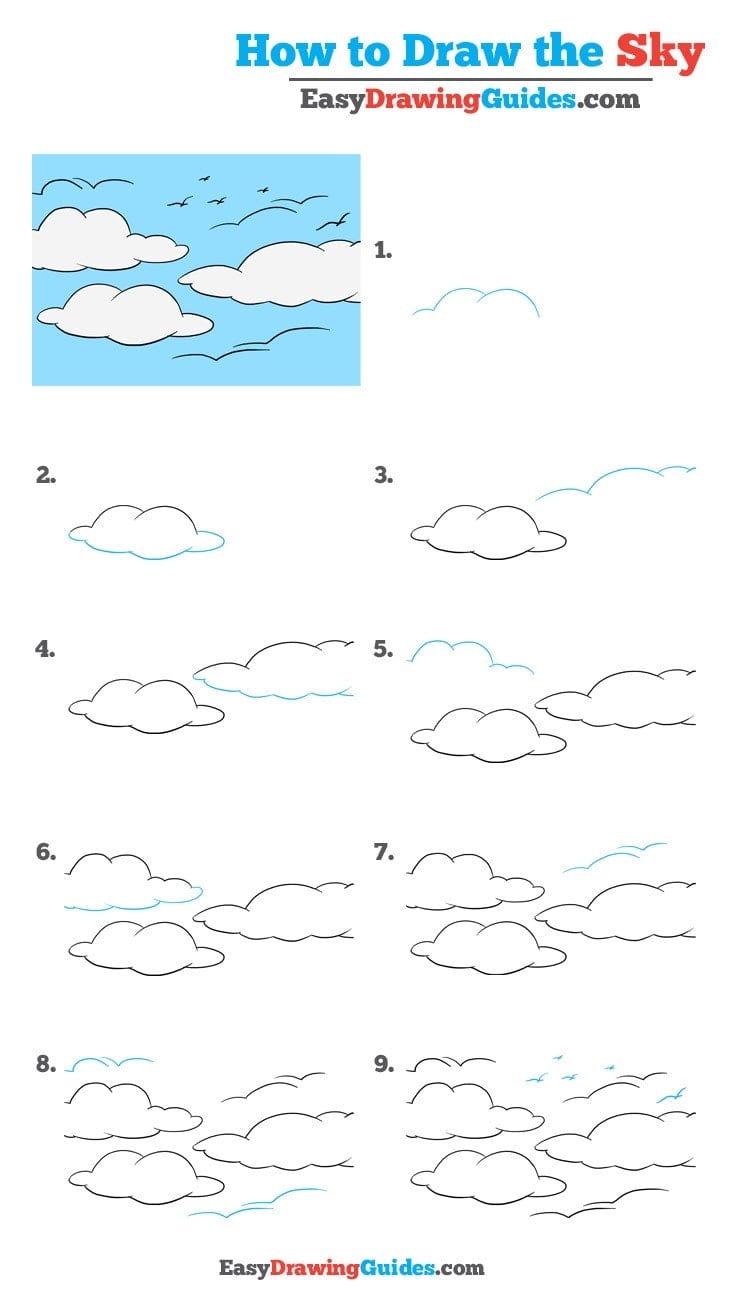