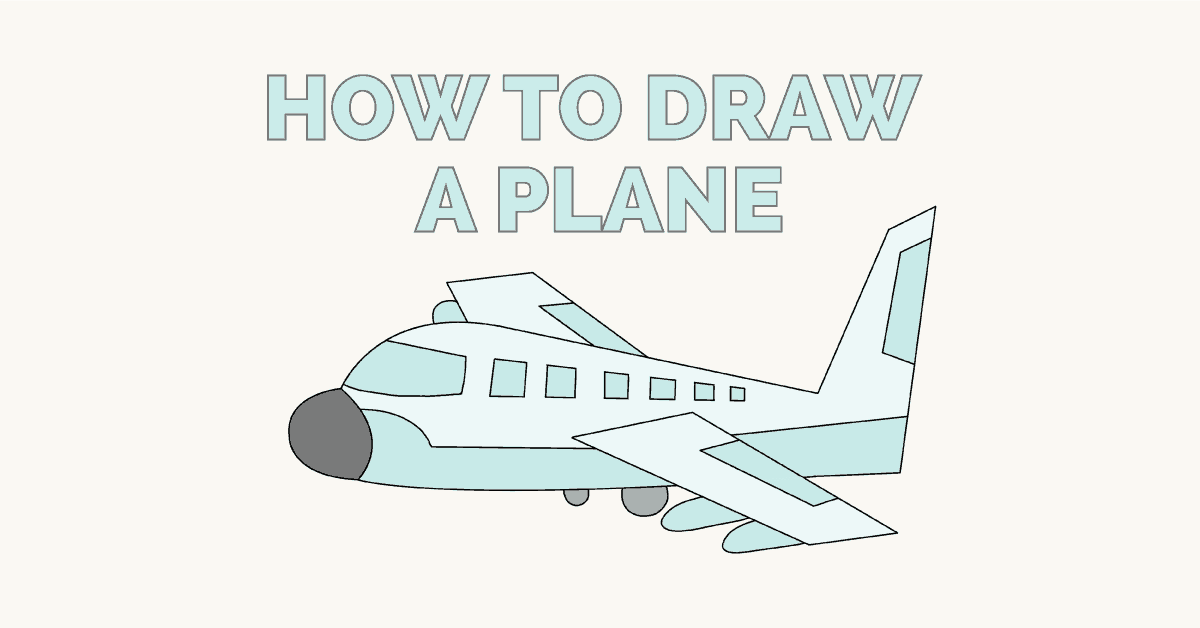 Airplanes, planes, aeroplanes, jets, jetliners - whatever you call them, commercial passenger planes are common sights in the skies.

The first airplane was invented in 1903. It was much smaller than modern aircraft and remained airborne for just a few seconds. By the time World War II began just over a decade later, technology had advanced enough that airplanes were used as weapons of warfare. The first jet-powered planes were invented during the 1940s.

Since airplanes are heavier than air, how do they fly? The engines push the plane forward at high speeds. This causes air to flow quickly over the wings and down toward the ground. When the air goes down, it pushes the plane up. This is called lift. You can experiment with this by making a paper airplane.

Airplanes have also been personified as characters in popular culture. Examples include Jay Jay the Jet Plane, Disney's Planes, and Jeremy, Isla, and Emerson from Thomas and Friends.

Would you like to draw a cute cartoon airplane? This cartoon vehicle drawing tutorial is laid out in an easy-to-follow, step-by-step fashion. Grab a sheet of paper and something to draw with, and you're ready to fly!

If you liked this tutorial, see also the following drawing guides: Anchor, Guitar, and Robot.

Step-by-Step Instructions for Drawing an Airplane 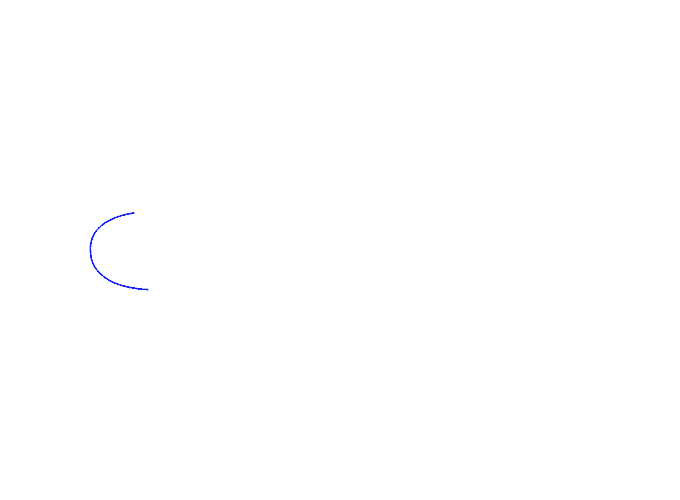 1. Begin by drawing a “C” shaped line. This will become the nose of the airplane. 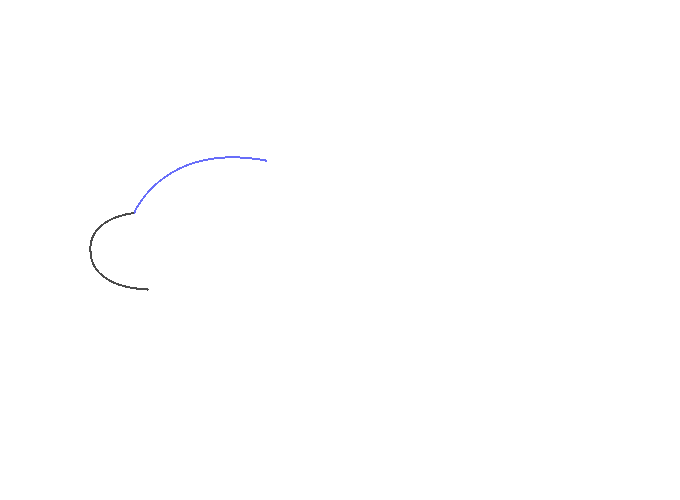 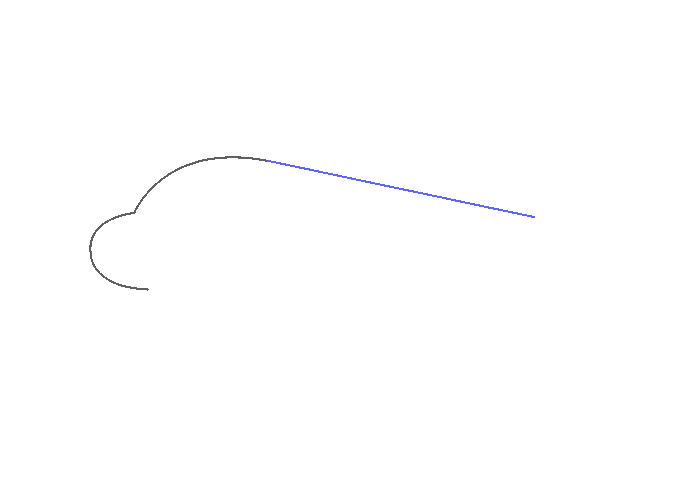 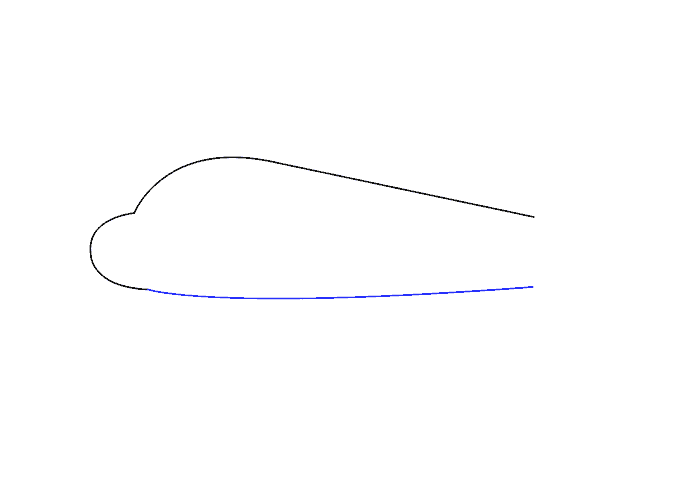 4. Draw a curved line from the bottom of the plane’s nose, sketching the belly or underside of the plane. 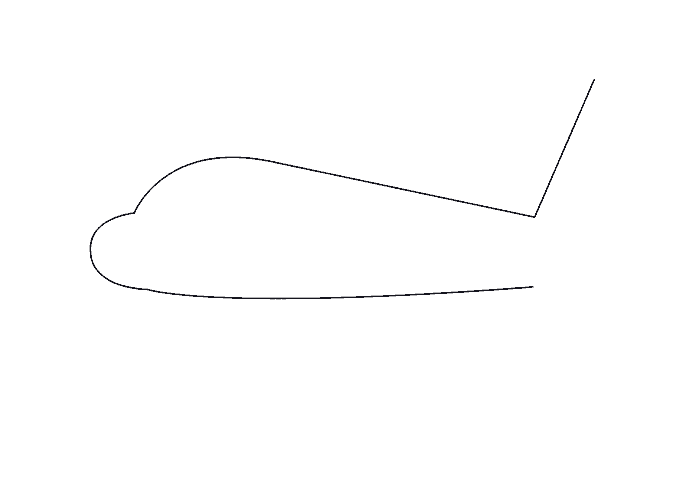 5. From the top of the airplane, draw a straight line upward at a diagonal angle. This begins the outline of the plane’s tail. 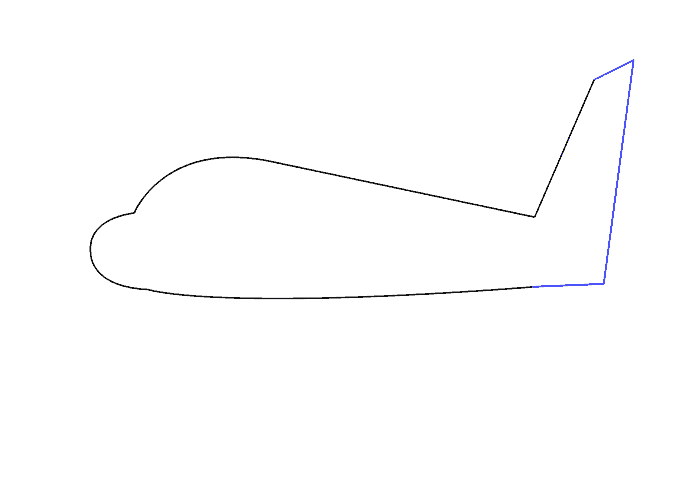 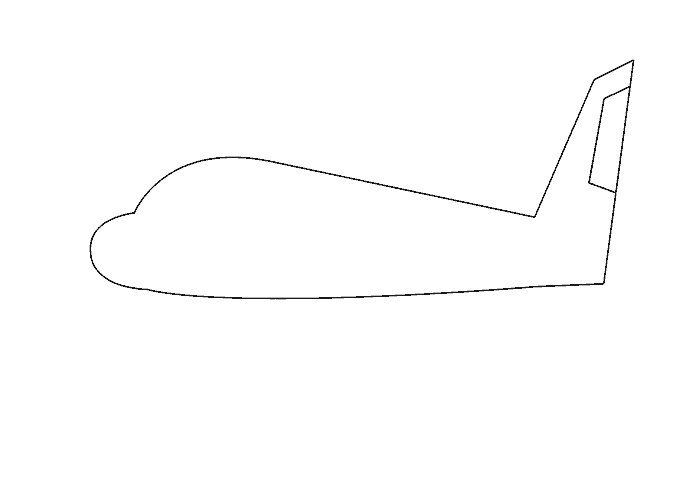 7. Draw an irregular parallelogram along the back edge of the tail of the jet. This outlines the rudder, which allows the pilot to steer. 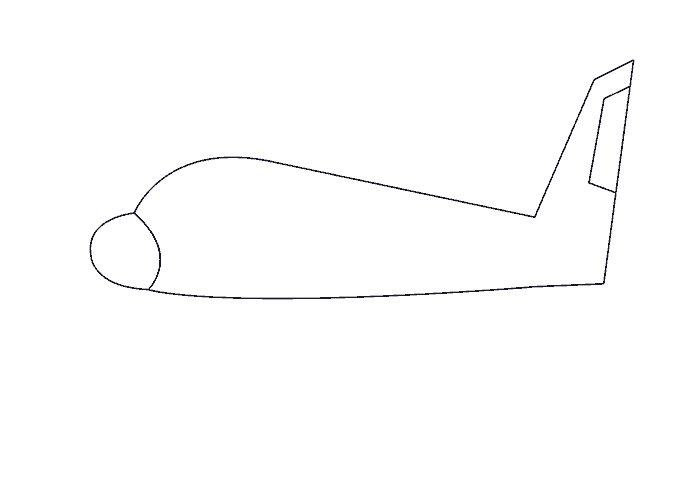 8. Draw a curved line across the nose of the plane, distinguishing it from the body or fuselage. 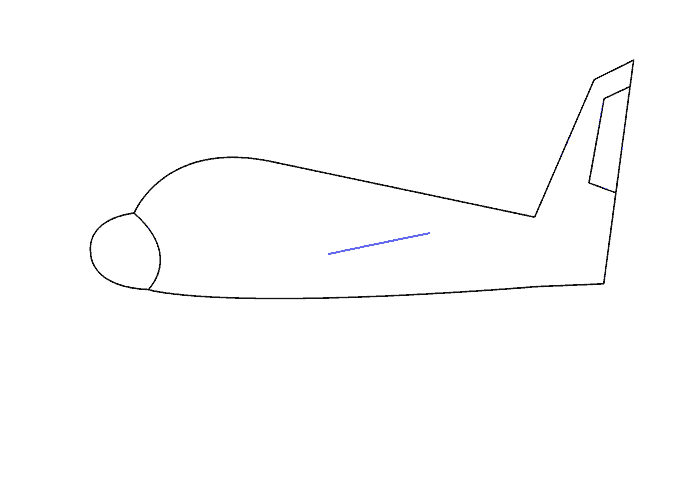 9. Draw a straight, diagonal line across the fuselage. This begins the outline of the plane’s wing. 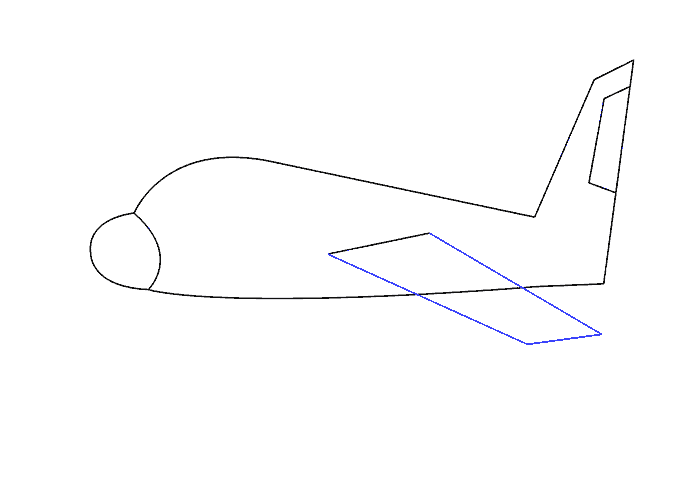 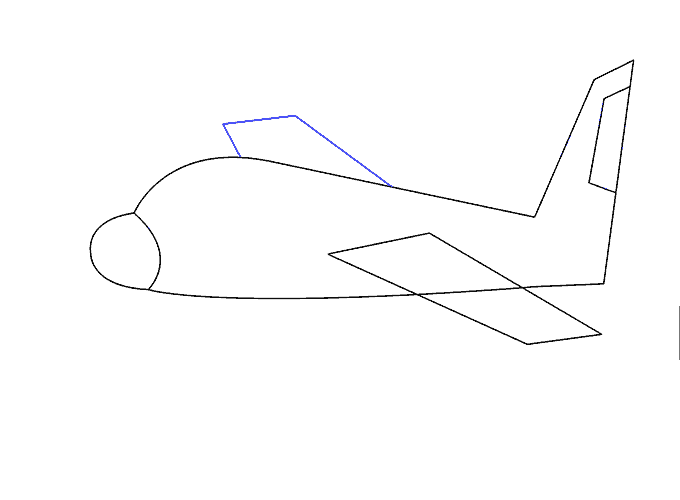 11. Extend two straight lines from the top of the plane, and connect them with a short straight line. This forms the opposite wing. 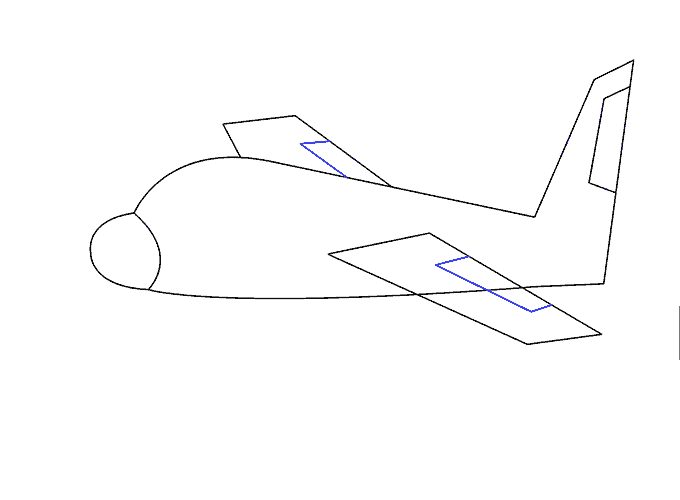 12. Use curved lines to outline a narrow rectangle at the back of each wing. These form the wing flaps. 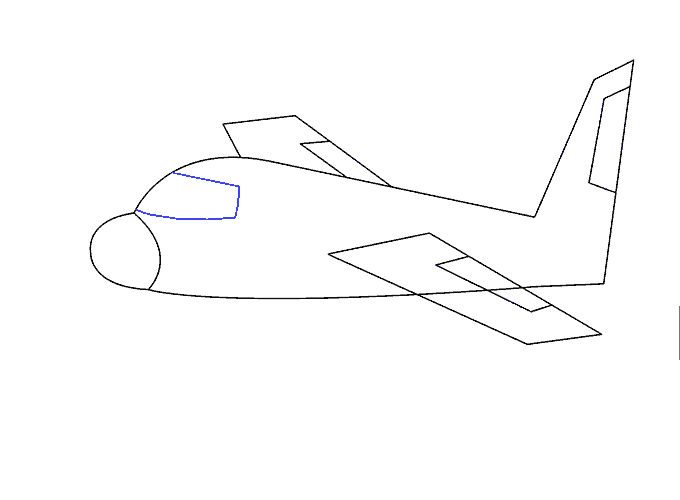 13. Use curved lines to draw a thick, irregular rectangle at the front of the cockpit. This forms the windshield of the flight deck. 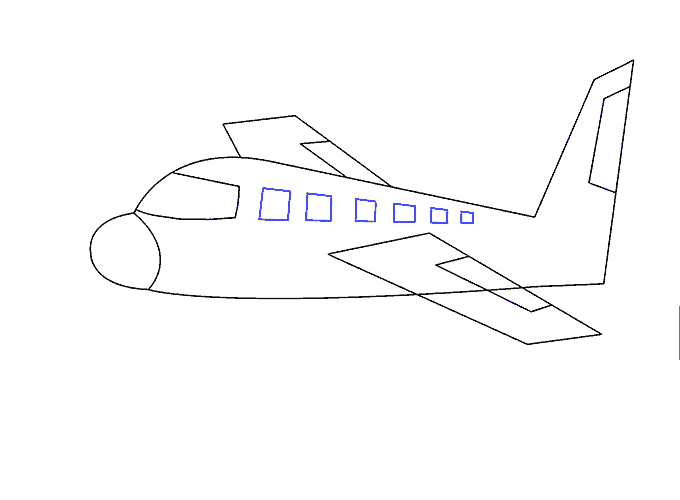 14. Draw a series of successively smaller squares along the side of the plane. These are the windows of the passenger area. 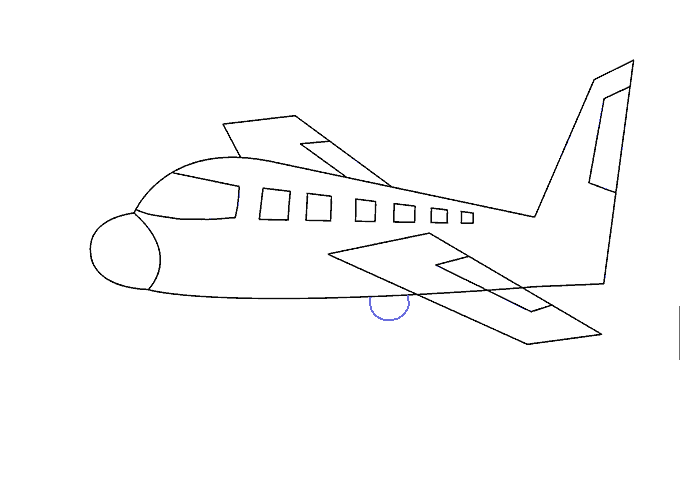 15. Draw a small half circle under the belly of the plane. This forms the wheel of the landing gear. 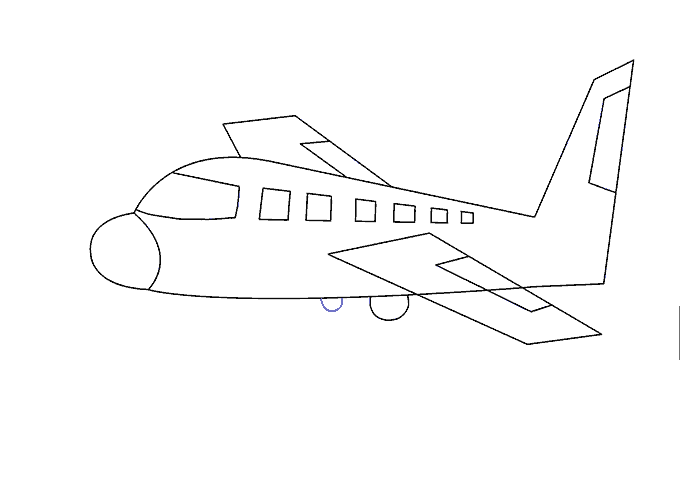 16. Draw another, smaller half circle along the belly of the plane. This forms the remaining landing gear wheel. 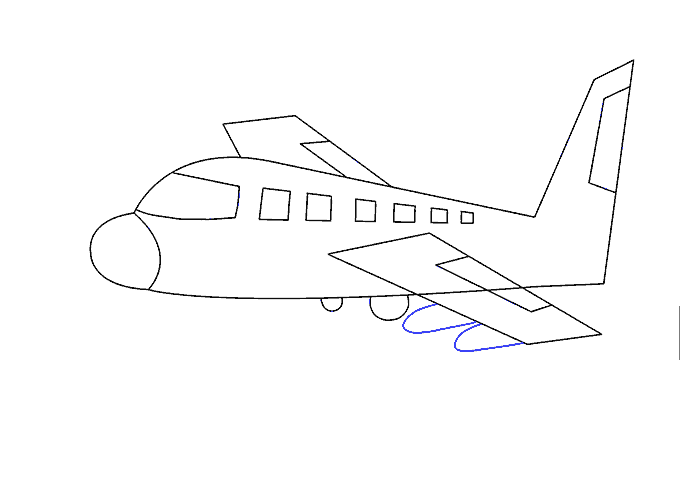 17. Use curved lines to enclose partial irregular ovals on the leading edge of the plane’s wing. These indicate the plane’s jet engines. 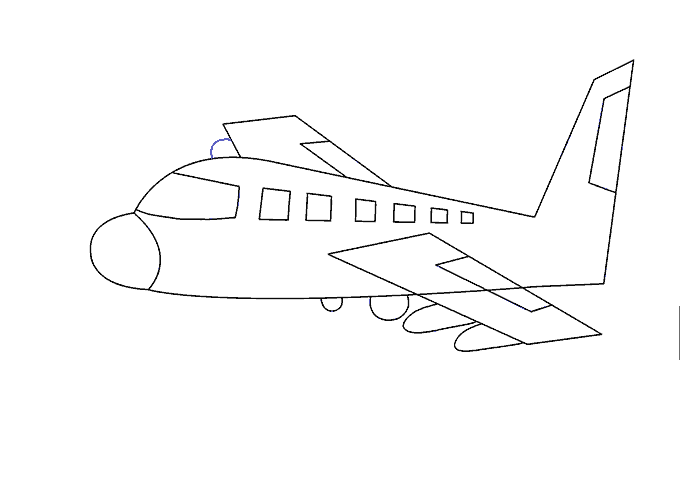 18. Use a curved line to draw the engine visible on the tip of the remaining wing. 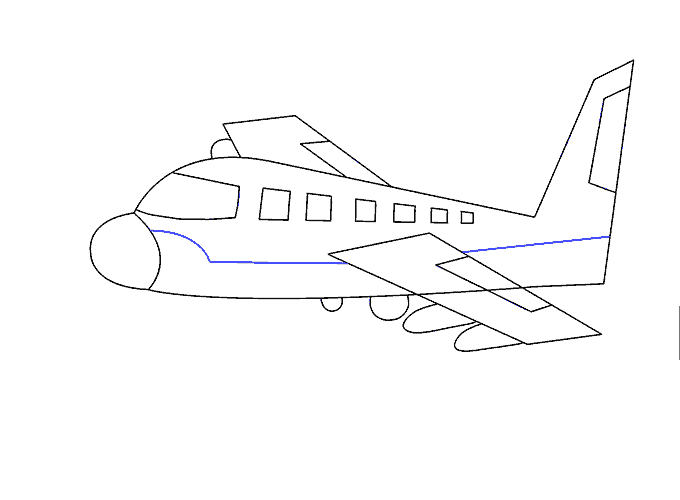 19. Draw curved lines along the fuselage, from the nose of the plane to the tail. 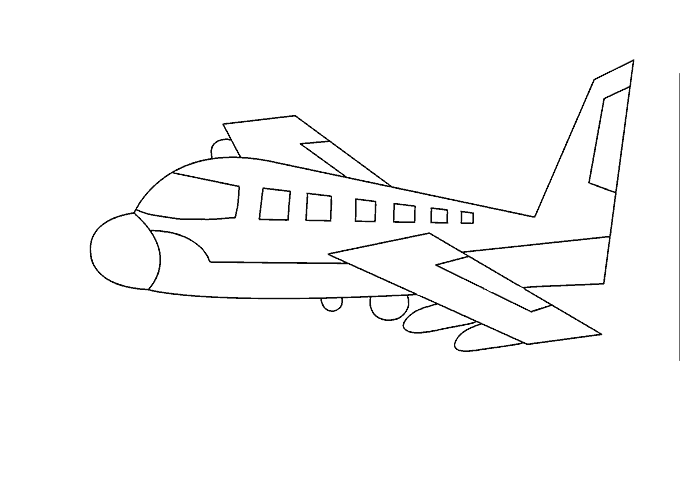 Color your cartoon airplane. The most basic planes are a silvery metal color. They may be painted any color. 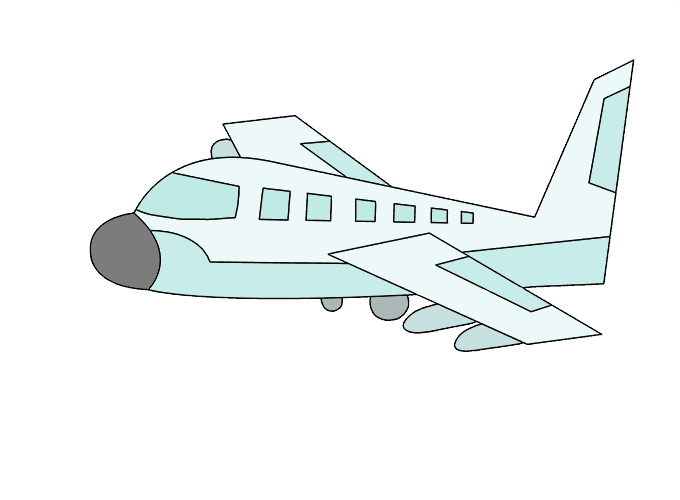 Is your head in the clouds? Your airplane should be, too! Learn to draw clouds.