Learn how to draw a great looking Trophy with easy, step-by-step drawing instructions, and video tutorial.

By following the simple steps, you too can easily draw a beautiful Trophy. 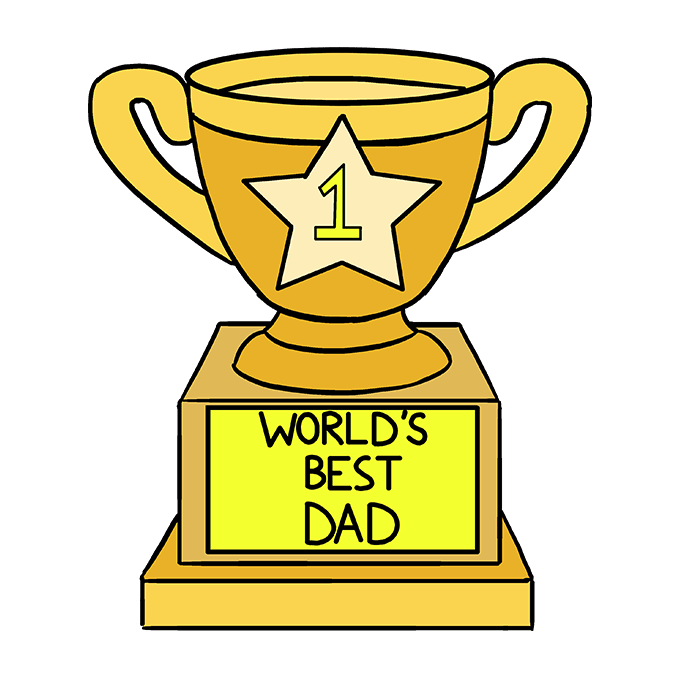 Have you ever received a trophy? Today, trophies are often awarded in honor of academic excellence, achievement in sports, or some other accomplishment.

The word "trophy" comes from the ancient Greek word tropē, meaning an overwhelming defeat of an enemy. Greek soldiers would erect "trophies," or monuments, at the sites where their armies had been victorious in war.

What were these trophies made of? Weapons, shields, and other materials would be fastened to a tree or beam in the shape of a person. Details about the battle, as well as dedications to deities, would be written on the makeshift statue.

If the battle was at sea, ships or pieces of ships would be hauled to the beach to assemble the trophy.

The Romans also constructed battle trophies, typically stone arches or columns in Rome. Trophies such as wreaths of plants to be worn on the head were common awards in ancient sporting events.

The first modern trophies came about during the 1500s. One example is the Carlisle Bells, a trophy given for a horse race in Britain for over 400 years.

Cup shaped trophies arose in the 1600s. The type of trophy depicted in this drawing tutorial is called a loving-cup trophy. Some trophies are given once for the winner to keep, while in other cases, trophies are passed on to the next winner of the contest or event.

Do you have the world's best dad? Tell him so with this Father's Day trophy drawing.

All you will need is a pencil, a sheet of paper, and an eraser. You may also wish to use crayons or something similar to color your finished drawing. 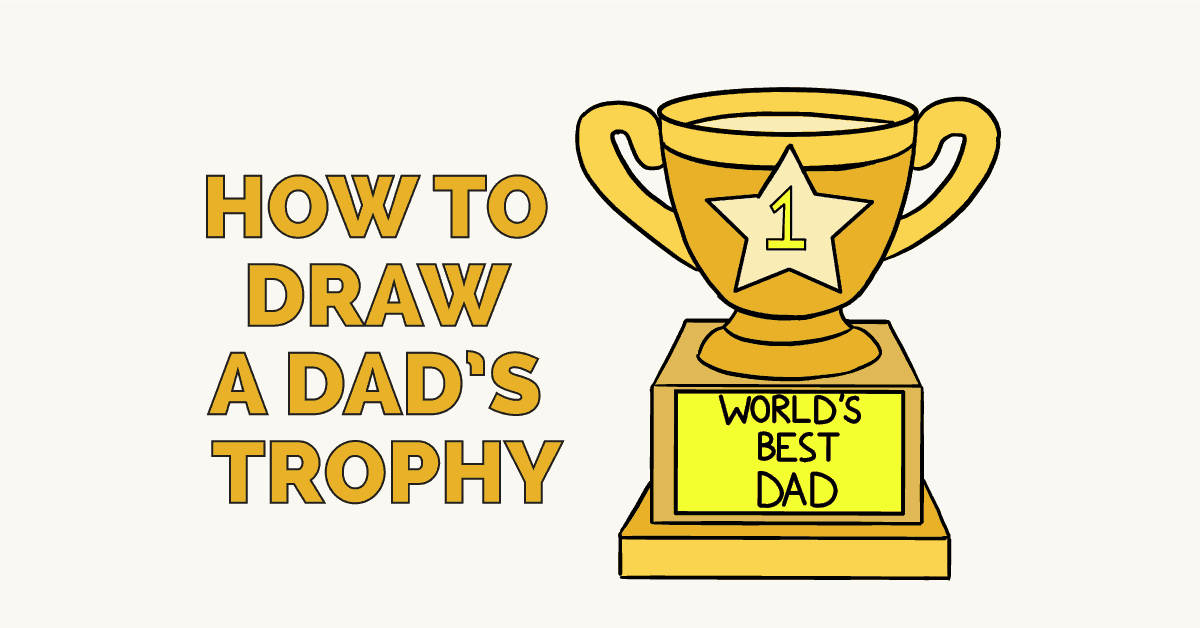 How to Draw a Great Looking Trophy for Kids, Beginners, and Adults - Step 1 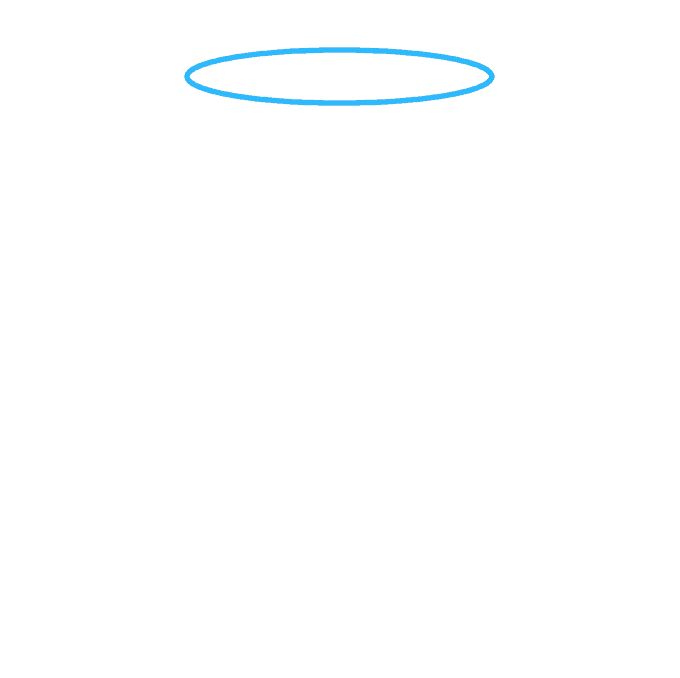 1.​ ​Begin by drawing a flattened, horizontal oval. This will become the opening of the trophy's cup. 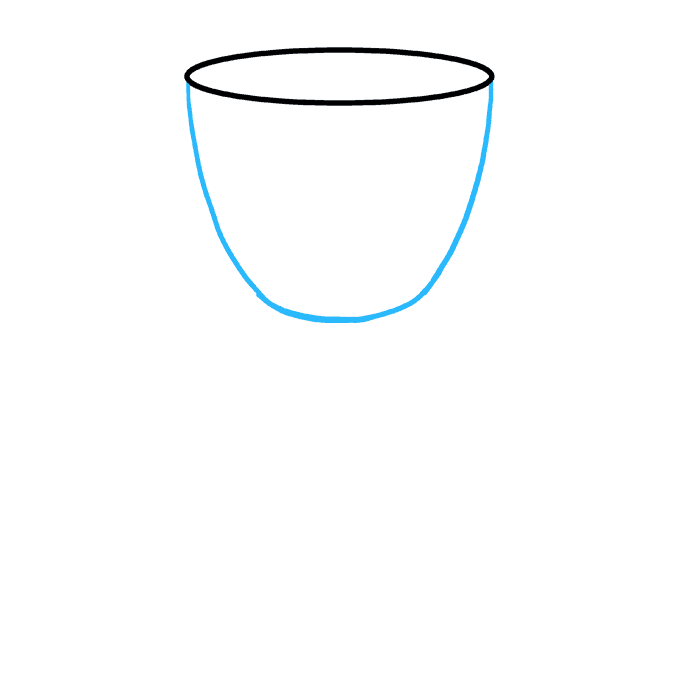 2. ​​​​Draw a large, "U" shaped line connecting the sides of the oval. This forms the body of the cup. 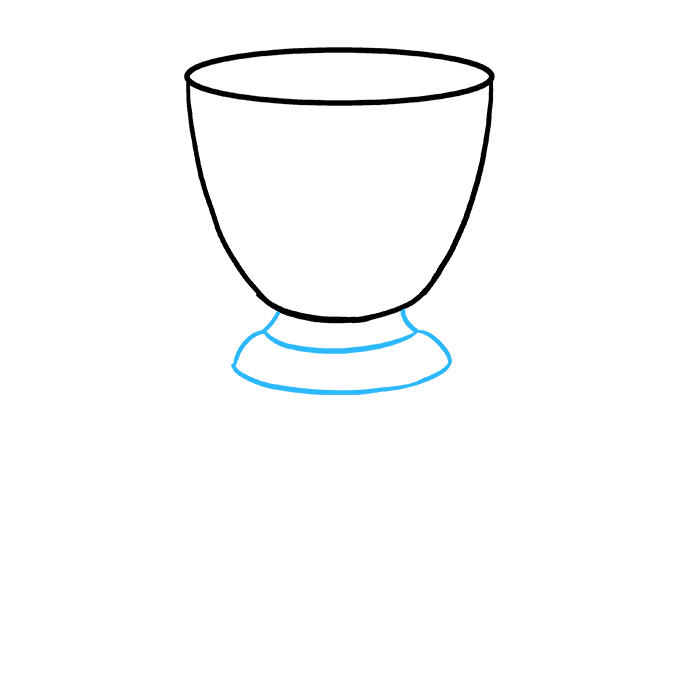 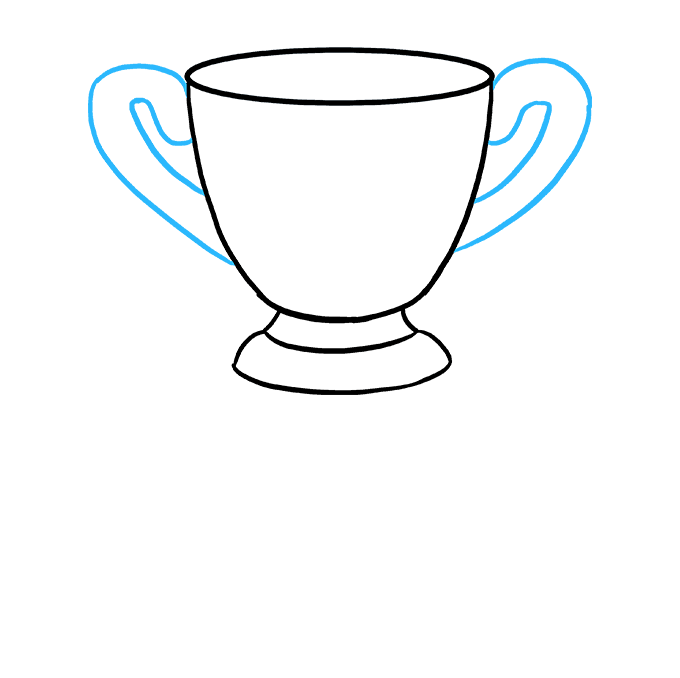 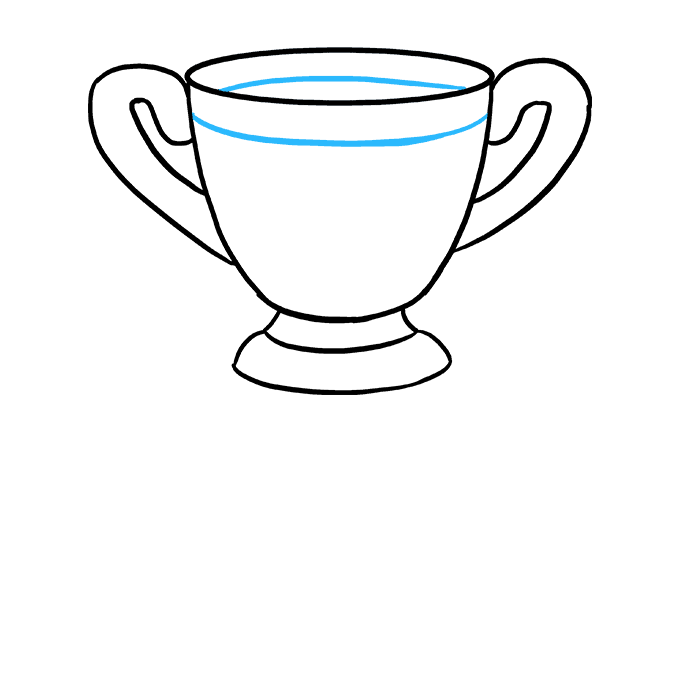 5.​​ ​​​​​Decorate the cup with a ring around the top. Draw a curved line parallel to the top of the cup, both on the inside and the outside. 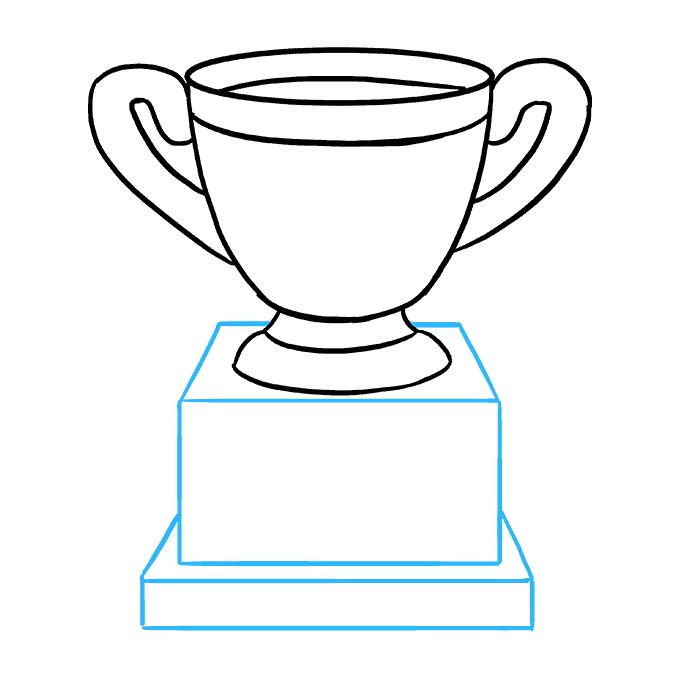 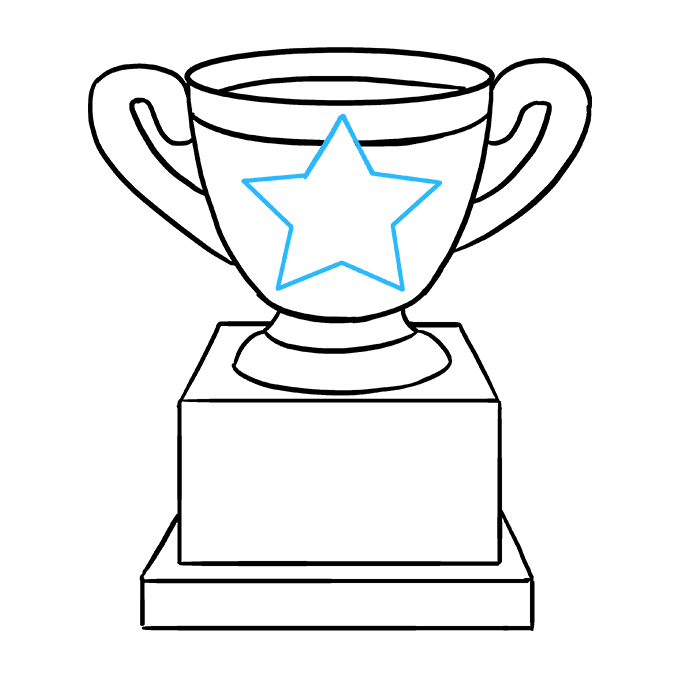 7. ​​​Use straight lines to draw a five pointed star on the front of the cup. Erase guide lines as necessary.

How to Draw a Teddy Bear with a Heart 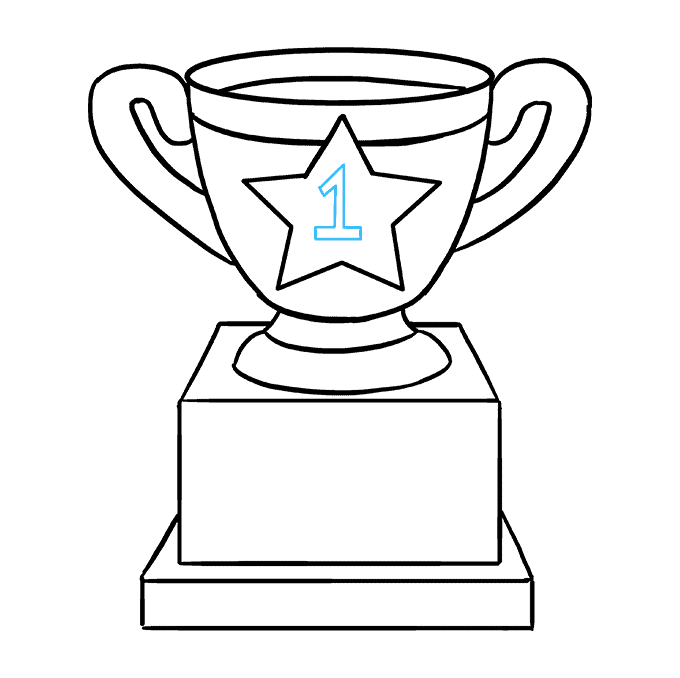 Complete the Outline of Your Trophy Drawing - Step 9 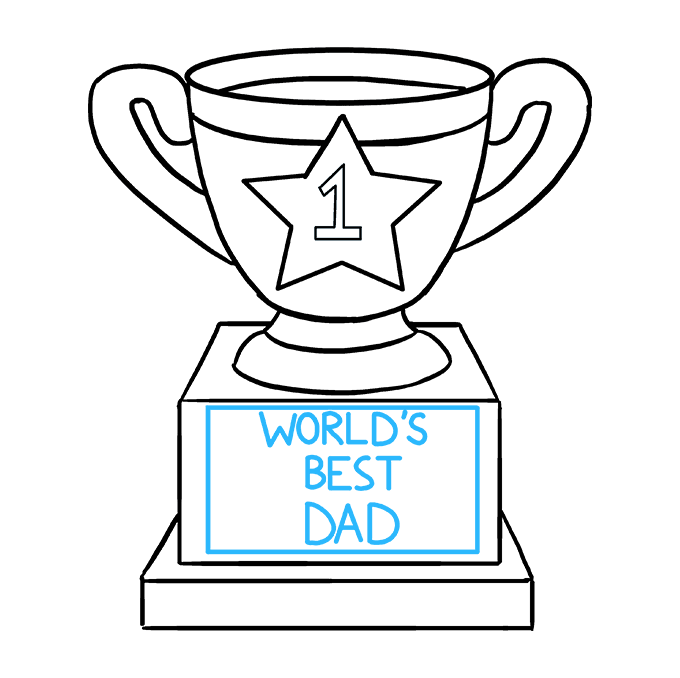 9.​​ ​​​Within the rectangular front of the trophy base, draw another, slightly smaller rectangle. This forms the plaque on which words are written. Then, on the plaque, write the words "WORLD'S BEST DAD."

10. ​​​​​ ​​​​​​Color your Father's Day trophy drawing. First place trophies are generally made of gold, but some may be silver. The base may be brown if it is made of wood. 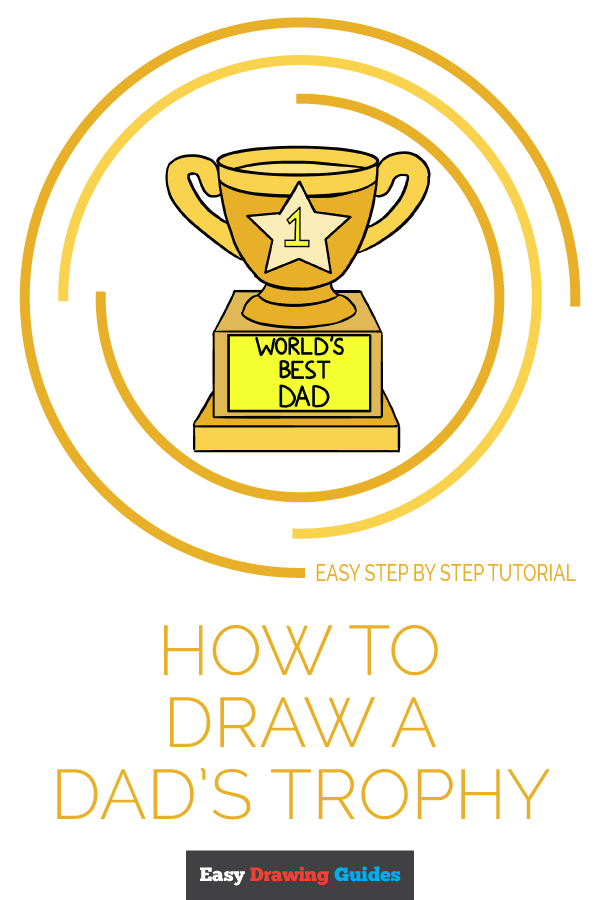 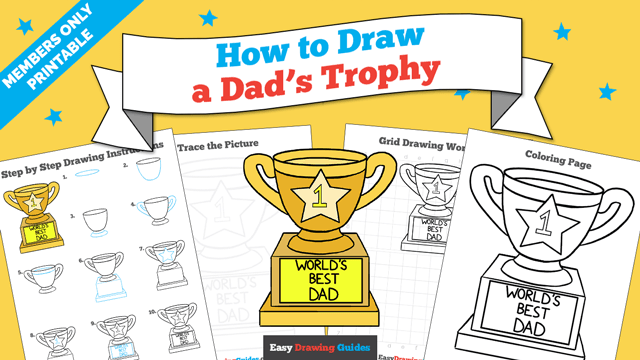