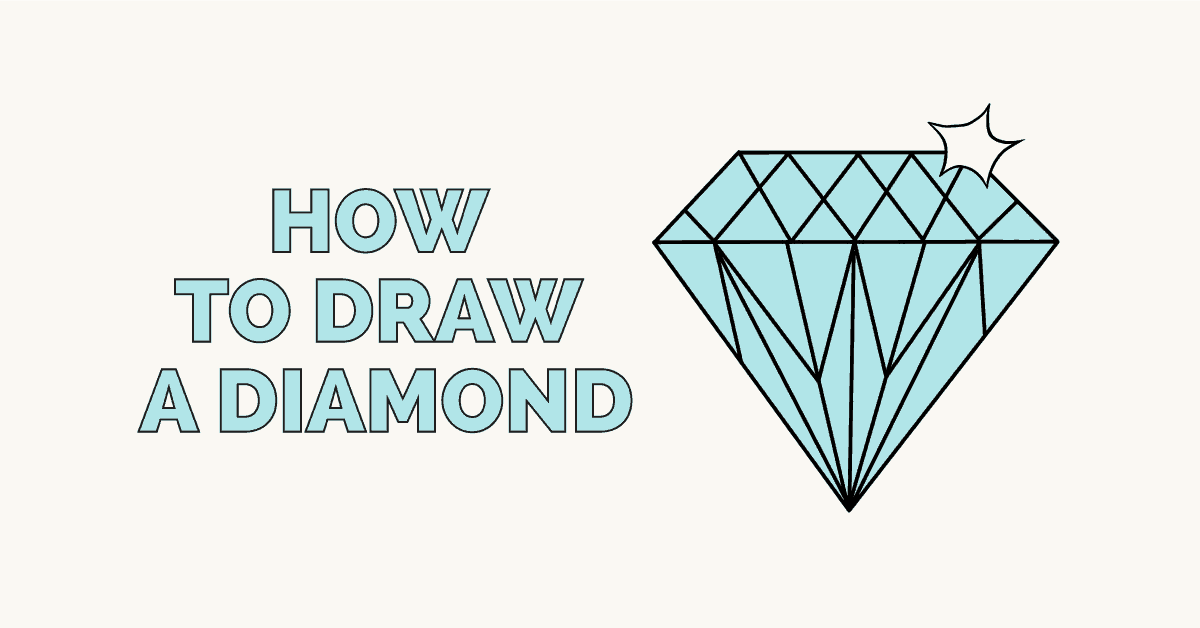 "Diamond's are a girl's best friend." "He's a diamond in the rough." "I'm just a lump of coal, but I'm going to be a diamond someday." The little stone known as a diamond has taken on a multifaceted meaning in cultures around the world.

Diamonds are made of carbon, the same material abundant in common coal and graphite. High temperatures and intense pressure, however, can cause carbon to bond in a crystalline structure that endows ordinary rock with extraordinary beauty. Diamond is one of the toughest materials in the world; in fact, it is used on the tips of many cutting and industrial tools. The word diamond means "unbreakable" in ancient Greek.

The shape we recognize as a diamond today is the result of cutting the stone so that light reflects from it, causing it to sparkle. Diamonds often symbolize aristocracy, a high economic status, and, when set in a gold band, marital engagement. The practice of giving a diamond ring as a symbol of betrothal dates back to the 1400's. The practice became thoroughly embedded in popular culture during the 1930's, due to advertising campaigns by De Beers mining company of South Africa. The diamond is also the birth stone for the month of April.

Would you like to draw your very own sparkly diamond? All you will need is a pencil, a piece of paper, and the help of this easy, step-by-step drawing tutorial. In each step, new lines drawn are highlighted in blue, and explanations can be found in the accompanying text. You may wish to use colored pencils, paints, markers, or crayons to shade your finished picture.

If you liked this tutorial, see also the following drawing guides: The Eiffel Tower, Crown, and Cartoon Castle.

Step-by-Step Instructions for Drawing a Diamond

1. Begin by drawing a straight, horizontal line. This will form the top of the diamond.

2. Draw a longer horizontal line, below and parallel to the first. This line forms the cut of the diamond.

4. Diamonds sparkle in the light because of the way they are intricately cut. Indicate the cuts, or facets, on the top portion of the diamond. Enclose small triangles using a series of short, straight lines.

5. Continue forming the facets of the diamond, this time on the lower portion. Extend two long, straight lines from the horizontal line to the bottom tip of the diamond, dividing it into three triangle shapes.

6. Add more facet detail to the top portion of the diamond. Draw a zigzag line using a series of short, straight lines. Essentially, you will be enclosing additional small triangles, offset from and overlapping the lines of the first.

7. Add more faceted detail to the lower portion of the diamond. In each facet, extend two lines from the horizontal line to the side lines of the facet. Each set of lines will divide the facet into two triangles and a rhombus.

8. In each of the lower facets, draw a straight line from the upper tip of the rhombus to the lower tip.

9. Give your diamond some sparkle. Near the top of the diamond, enclose an irregular starburst shape using several short, curved lines. Erase guide lines as necessary.

10. Color your diamond. In our example, the diamond is shaded blue, but clear diamonds can reflect all the colors of the rainbow. In nature, diamonds have been known to appear yellow, brown, white, black, green, pink, purple, orange, or red.

The Complete Diamond Drawing Tutorial in One Image

How to draw: Diamond - all drawing steps