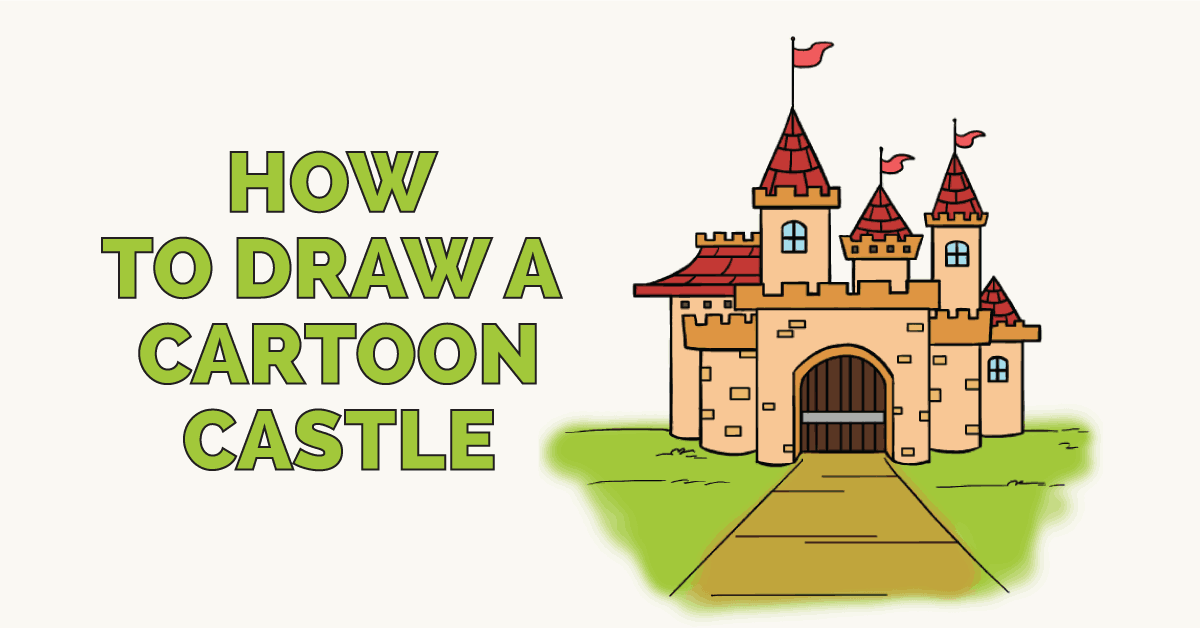 Massive castles are a sight to behold. At first they were build to protect the inhabitants and the surrounding areas. Later they evolved into decorated residents for the nobility.

Castles have also long been an important part of fairy tale illustrations. Have you seen the Sleeping Beauty Castle in Disneyland?

Drawing a cartoon castle is easy. There are a lot of details but they are all easy to draw. Would you like to draw your very own cartoon castle?

With the aid of this easy, step-by-step drawing tutorial, you will need only a pencil and paper, and perhaps an eraser and something with which to color.

In each step of this simple drawing guide, notice that new lines are highlighted in blue.

If you liked this tutorial, see also the following drawing guides: Cross with Rose, Boat, and Monster Truck.

Step-by-Step Instructions for Drawing a Castle 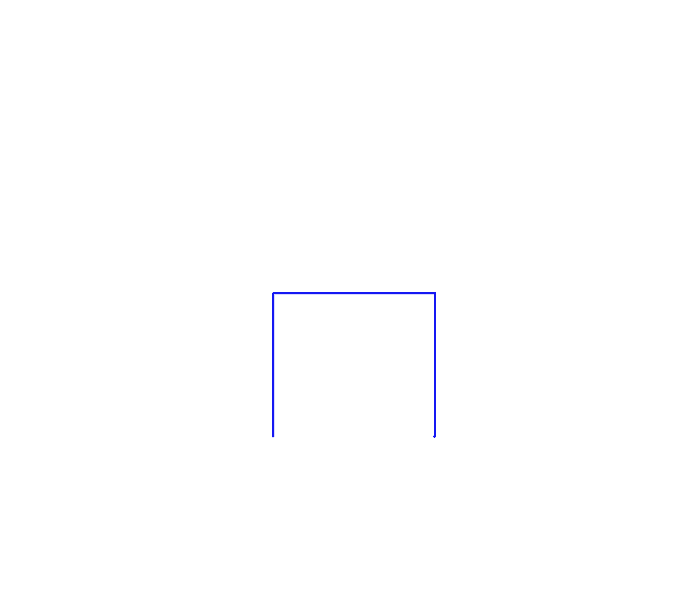 Begin by drawing three straight lines that meet at right angles, forming the shape of a square with no bottom. This will outline the front of the castle. 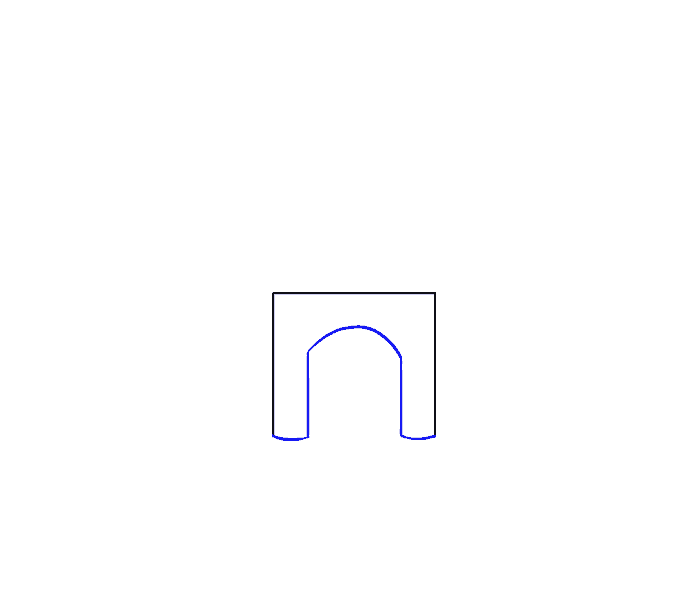 Draw a curved line within the open square. Extend straight lines downward from the curve, and connect these to the sides of the square using short, curved lines. You have now outlined the castle doorway. 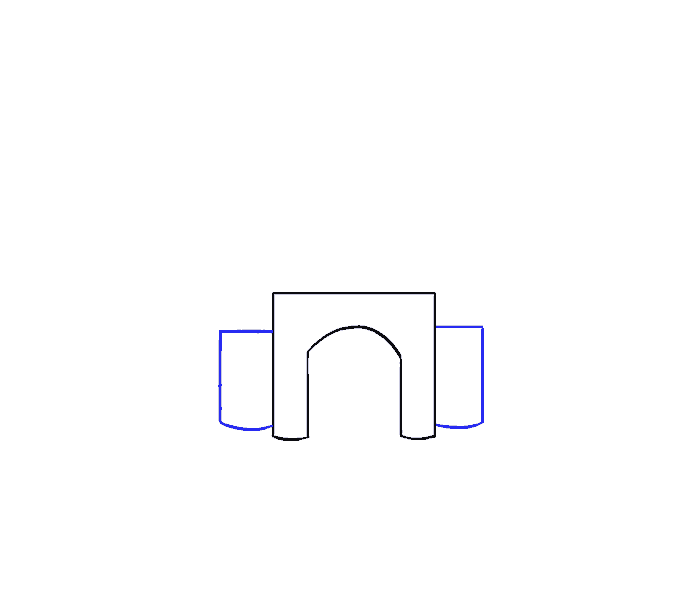 Extend horizontal straight lines from the sides of the square. Draw a straight line downward from each previous line, and enclose the form using a curved line. You have just extended the castle walls to form towers. 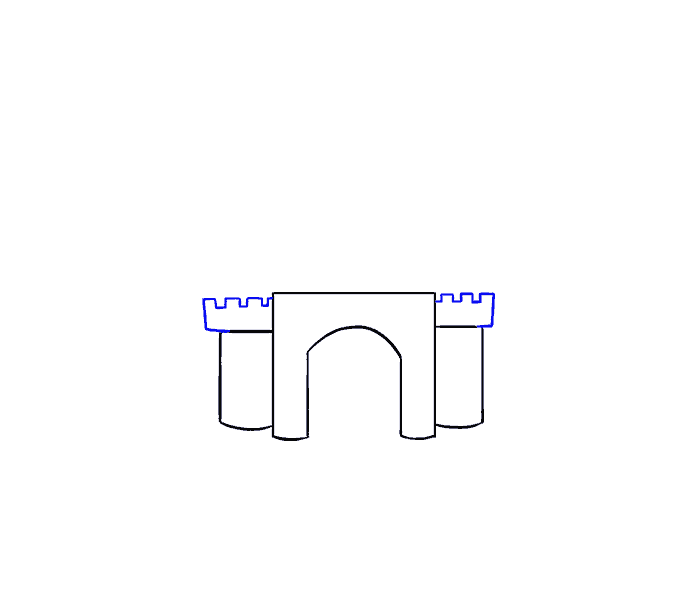 Extend the top line of each tower, then draw a straight line upwards. Form the top of the tower wall by using short, straight lines to draw a convex and concave square pattern. 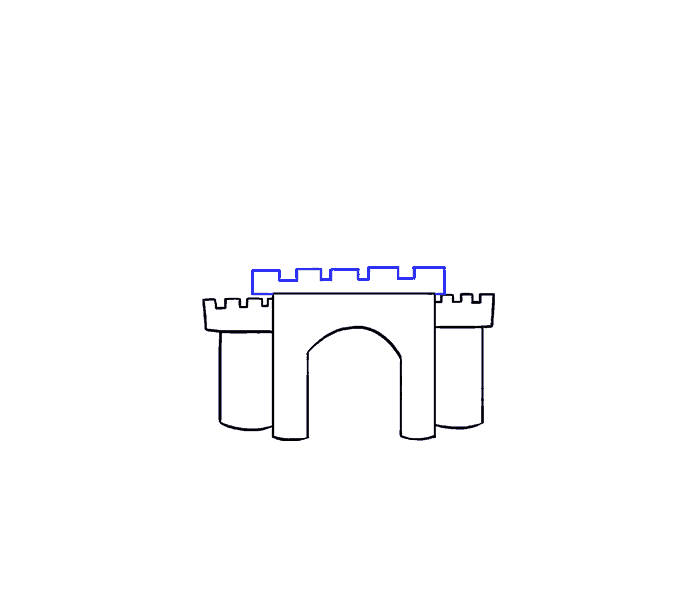 How to Draw a Throne

How to Draw a Chair

How to Draw a Table 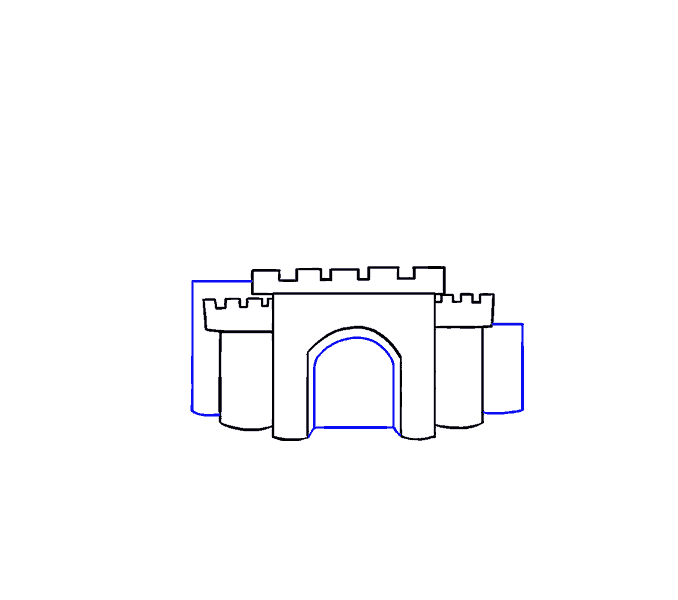 Draw a slightly smaller archway within the arch of the door, and connect it to the castle front using short, straight lines. Enclose the shape of the doorway using a straight line. Enclose rectangular shapes on each side of the castle, one taller than the other. 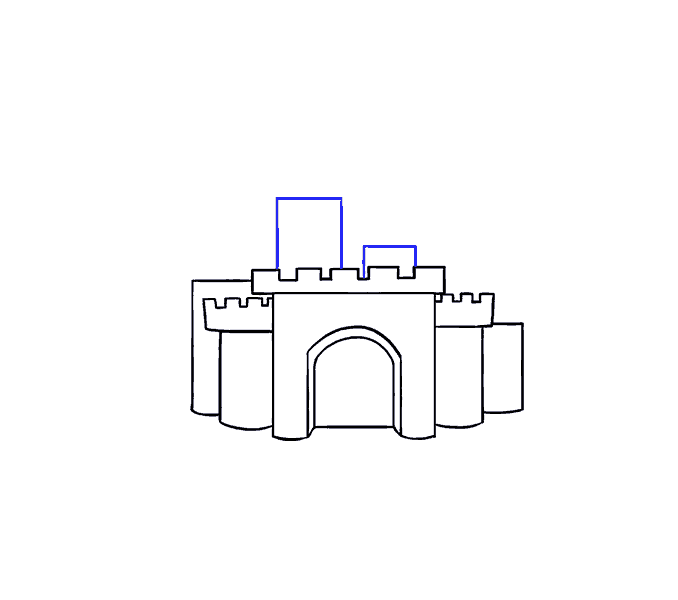 Enclose rectangular shapes atop the castle front, again making one shape larger than the other. 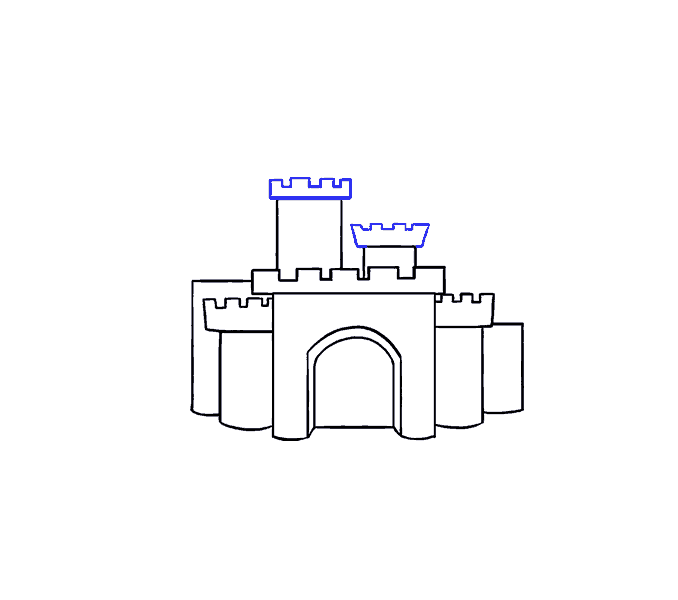 Draw the upper wall on each of the previous shapes. Extend the upper line of each shape, then use short, straight lines to draw a convex and concave rectangular pattern 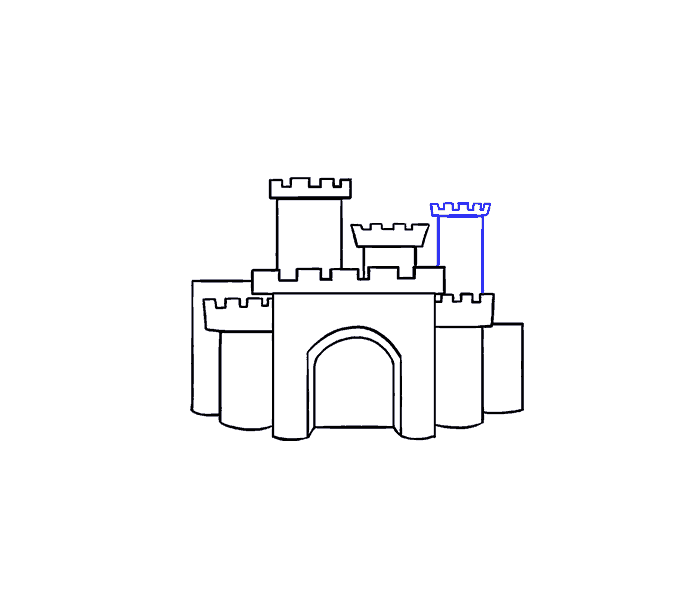 Draw another tower extending from the side of the castle. Use short, straight lines to draw a convex and concave rectangular pattern, forming the upper wall of the tower. 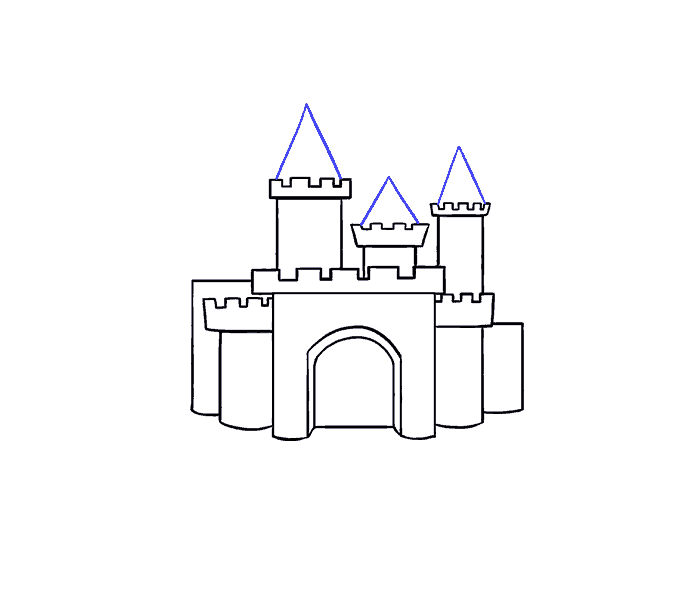 Enclose a triangle atop each of the tall towers using two straight lines. This will form the tower roof. 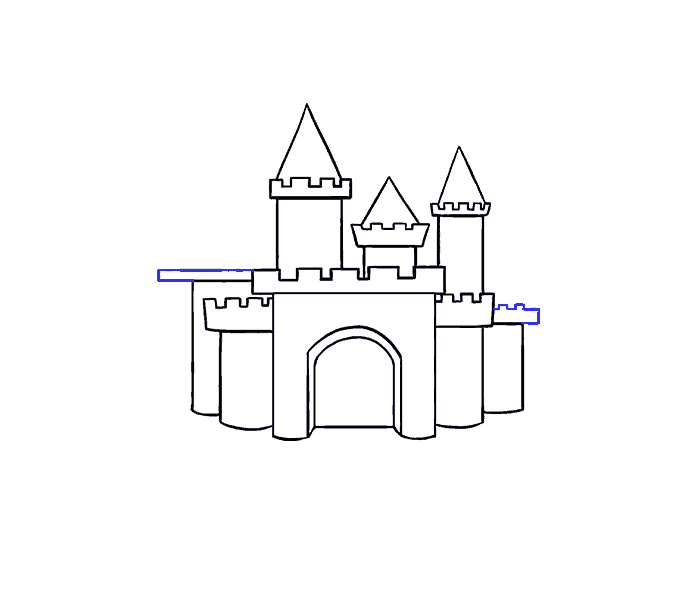 Draw a long, narrow rectangle on top of the left castle wall. On the right, draw the upper wall of the small tower using short, straight lines to form a pattern of convex and concave rectangles. 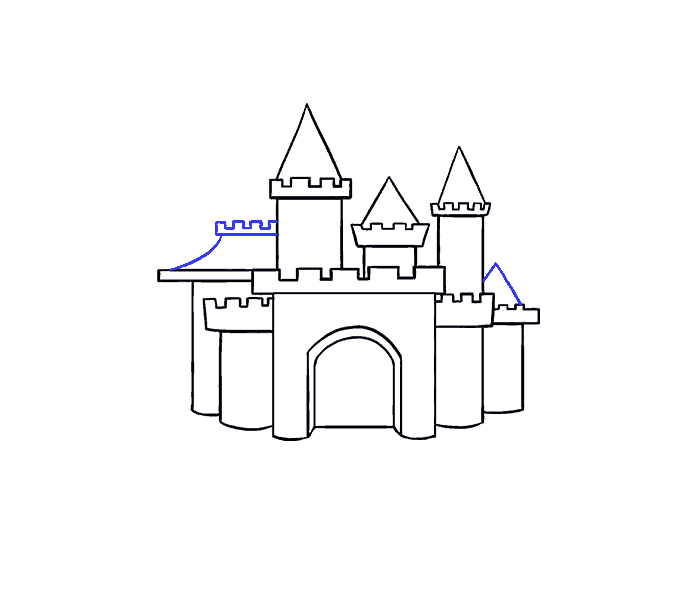 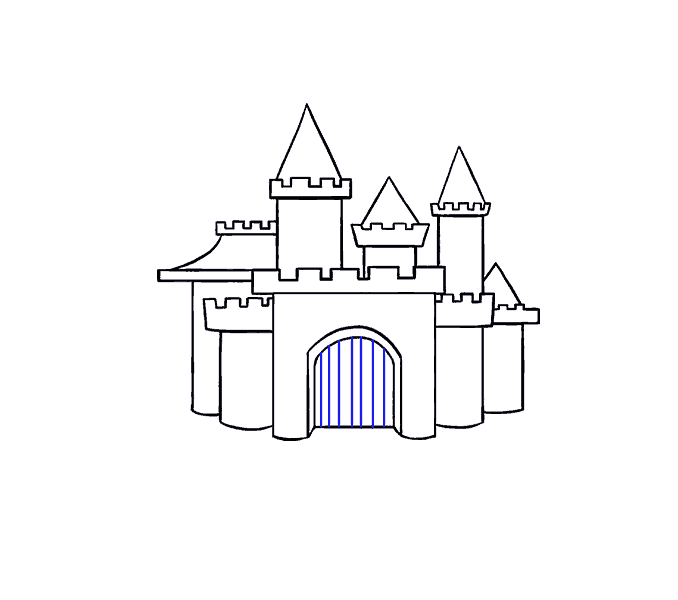 Draw vertical lines across the arched doorway to indicate planks of wood. 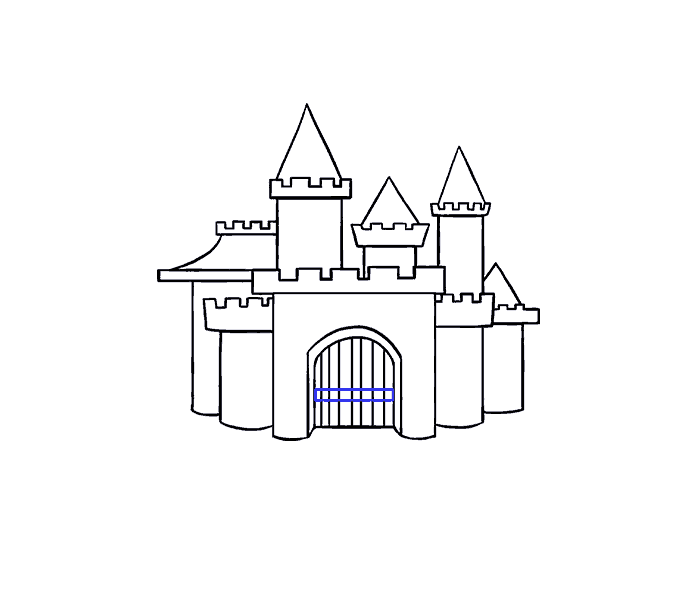 Draw a narrow, horizontal rectangle across the doorway. 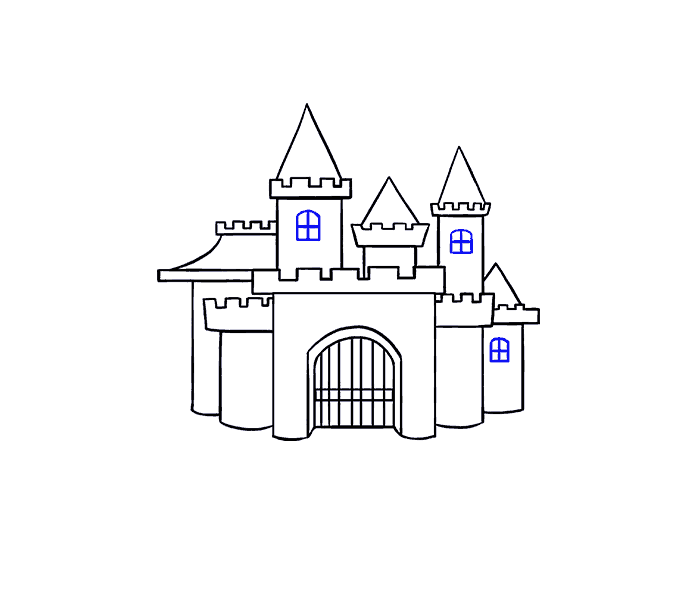 Draw windows on the castle towers. Begin by drawing a square shape with no top. Then, enclose the shape using a curved line. Finally, draw a set of perpendicular lines across the window. 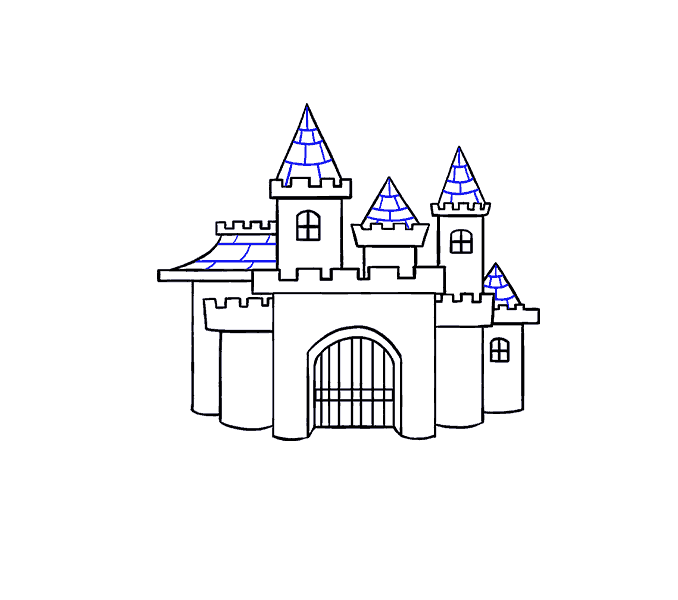 Add the detail of shingles to the tower roofs. For the triangular roofs, draw curved horizontal lines. Then draw short, straight lines between the curves. For the flat portion of the roof, draw straight horizontal lines connected by short, curved lines. 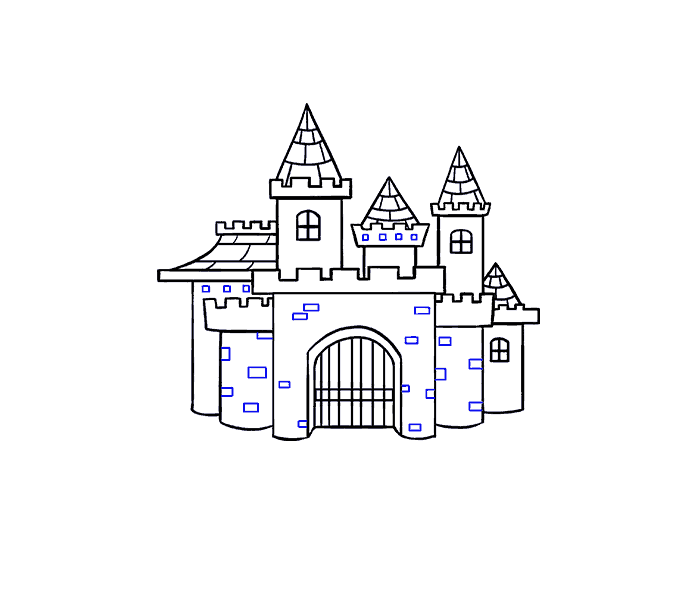 Add the detail of stone to the castle. Draw squares and rectangles of various sizes across the castle walls. 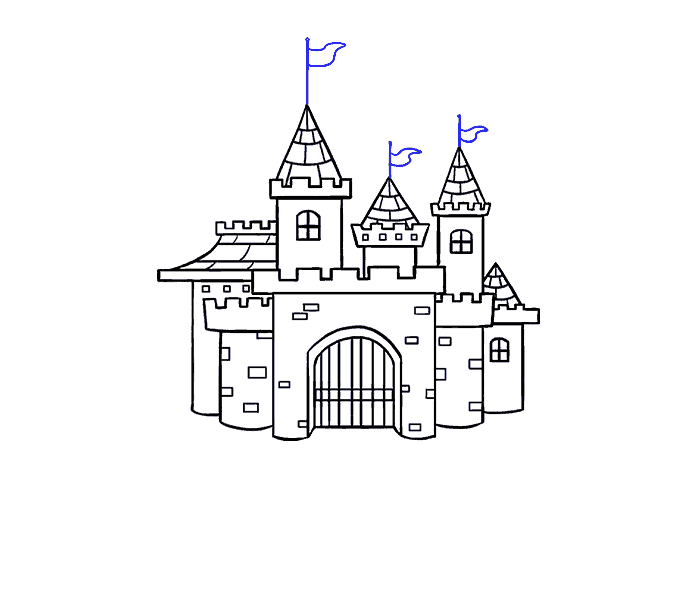 Draw flags, or pennants, atop the towers. Extend a straight, vertical line from each tower. Place a dot at the end of each line. Then, draw two curved lines extending outward, allowing the lines to meet in a point to form the flag. 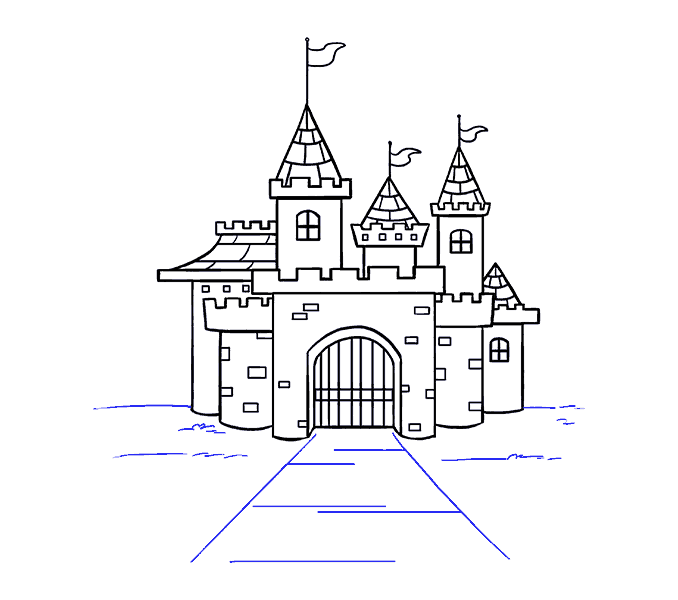 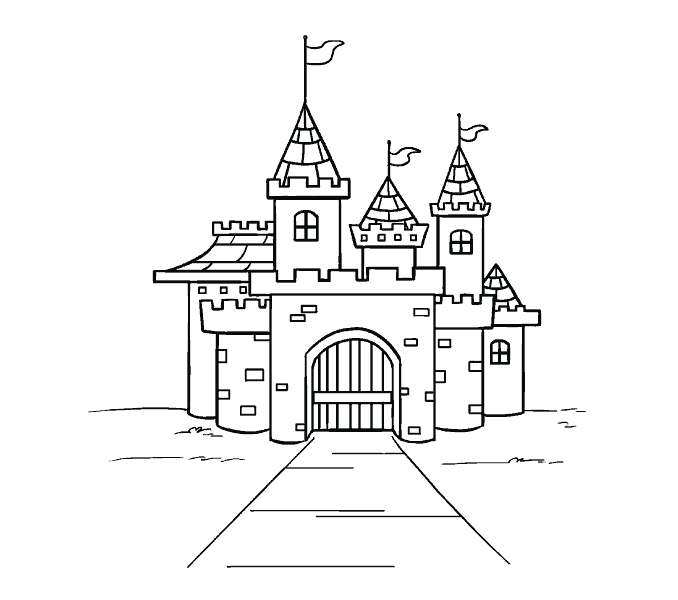 Erase the extra lines from the gate. 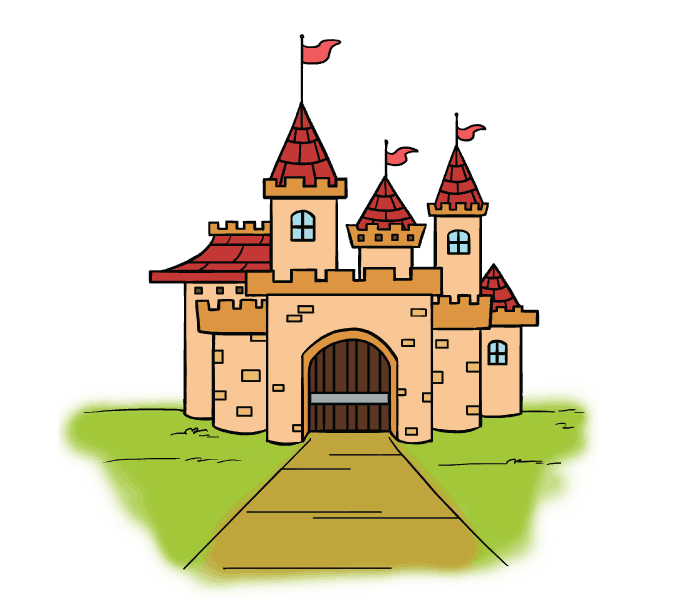 Color your castle. Shade in brown or gray to indicate realism, or make it pink or purple for a pretty fairy tale princess.