Learn how to draw a great looking Football with easy, step-by-step drawing instructions, and video tutorial.

By following the simple steps, you too can easily draw a beautiful Football. 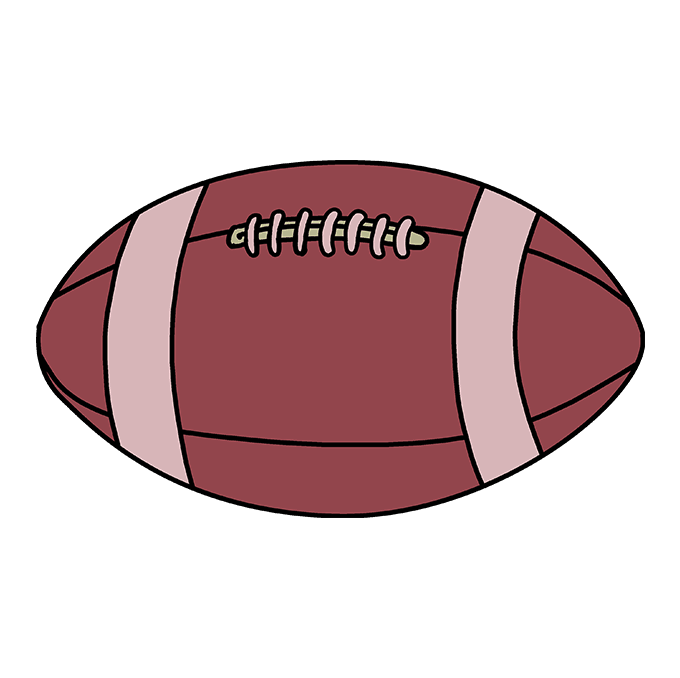 American football is one member of a family of sports that includes soccer, rugby, and Australian football. In each game, the teams try to get the ball through the opponent's goal.

During the fourteenth and fifteenth centuries, a game called folk football was played in Europe during the Easter season.

Villages would compete against other villages, trying to get the ball through the goal - the opposing village's church doors.

This game may have pre-Christian religious ties as a fertility ritual. Folk football was at times banned by various governments due to property damage and violence.

Football underwent a makeover in Renaissance-era Italy. The rectangular boundaries were introduced and the game was enjoyed by aristocrats.

Soccer and rugby evolved from these as a game played by school teams. Later, American football - often called "gridiron football" due to the evenly spaced white lines on the field - arose from rugby and became the largest spectator sport in the United States.

The ball itself has also changed over the years. Earlier footballs were made from leather, or from the inflated bladders of animals.

This is why the American football is sometimes referred to as a "pigskin."

The oldest football still in existence dates from the 1500s, discovered on the roof of a European castle in the 1990s. Today, footballs are made of plastic, rubber, and cow leather.

The less than round shape of an American or Canadian football is called a "prolate spheroid."

Would you like to draw a football? This simple, step-by-step football drawing tutorial is here to show you how.

All you will need is a pencil, a sheet of paper, and an eraser. You may also wish to color your finished drawing.

If you liked this tutorial, see also the following drawing guides: Bike, Soccer Ball, and Basketball.

​Step by Step Instructions for Drawing​ a Cartoon Football 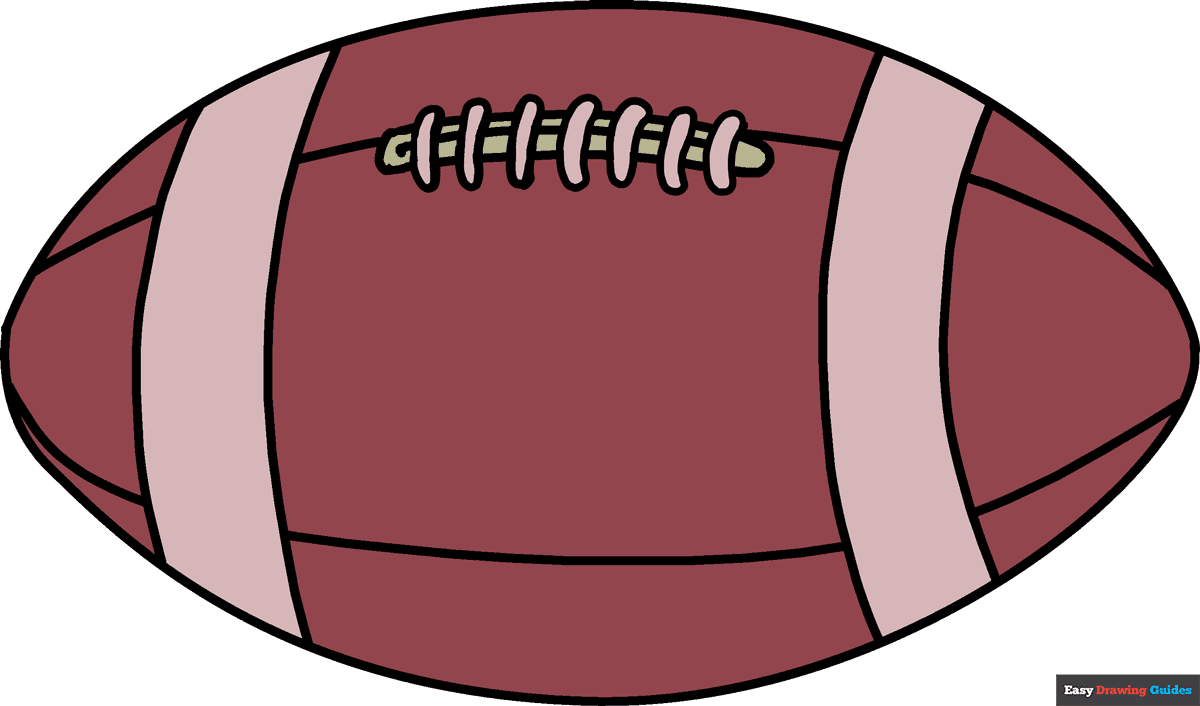 How to Draw a Great Looking Football for Kids, Beginners, and Adults - Step 1 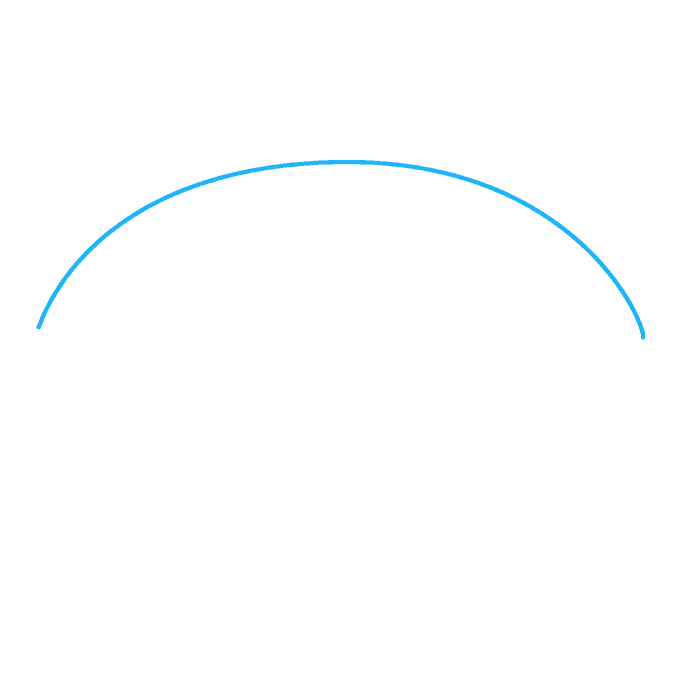 1. Begin by drawing a long, curved line, like the top of a circle. This will form the top of the football. 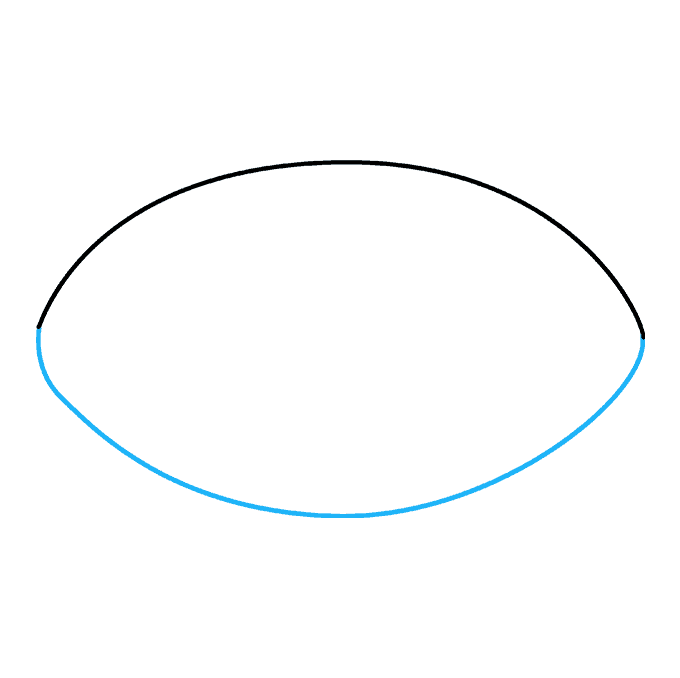 2. Draw a long, curved line to form a mirror image of the first line, fully enclosing the shape of the cartoon football. The lines should connect in gentle points at each end. 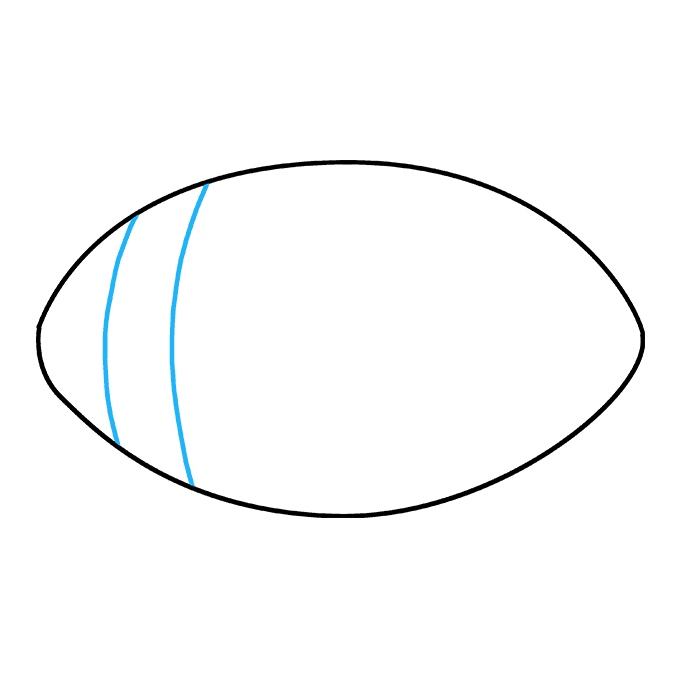 3. Draw a pair of parallel lines, curved and roughly vertical, near one end of the cartoon football. These form the football's characteristic stripe. 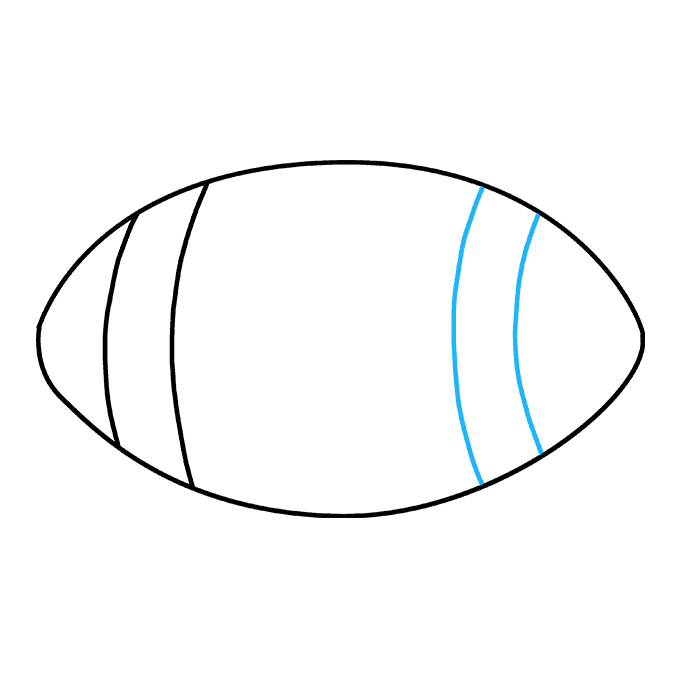 4. Draw another set of parallel, curved lines on the opposite end of the football, forming the other stripe.

How to Draw a Basketball 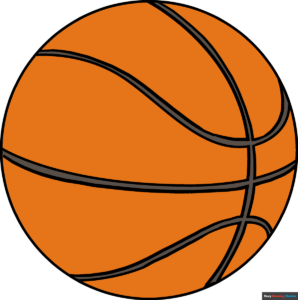 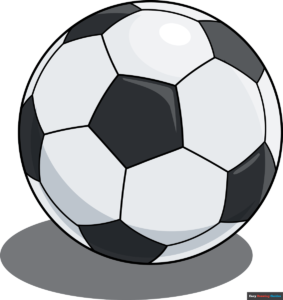 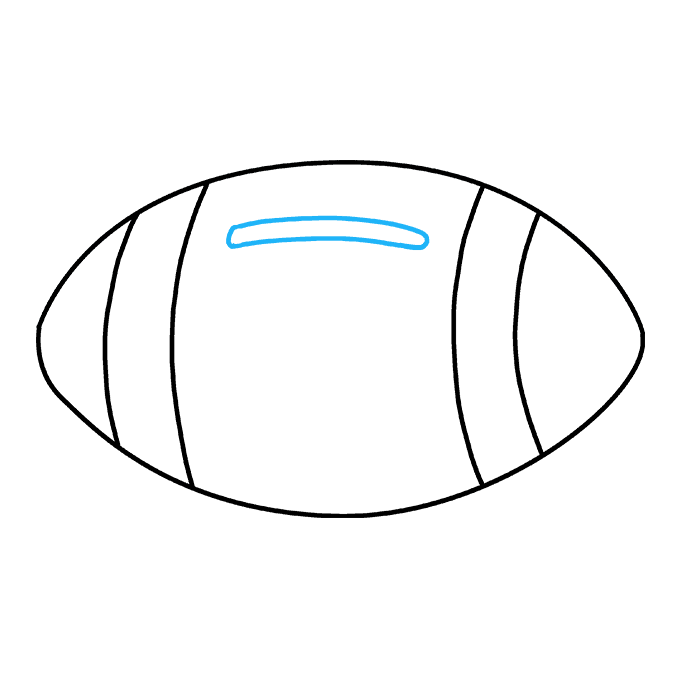 5. Draw two roughly horizontal curved lines in the middle of the football, near the top. Then connect the lines on each end using short curved lines. This shape lays the basis for the football's characteristic stitching. 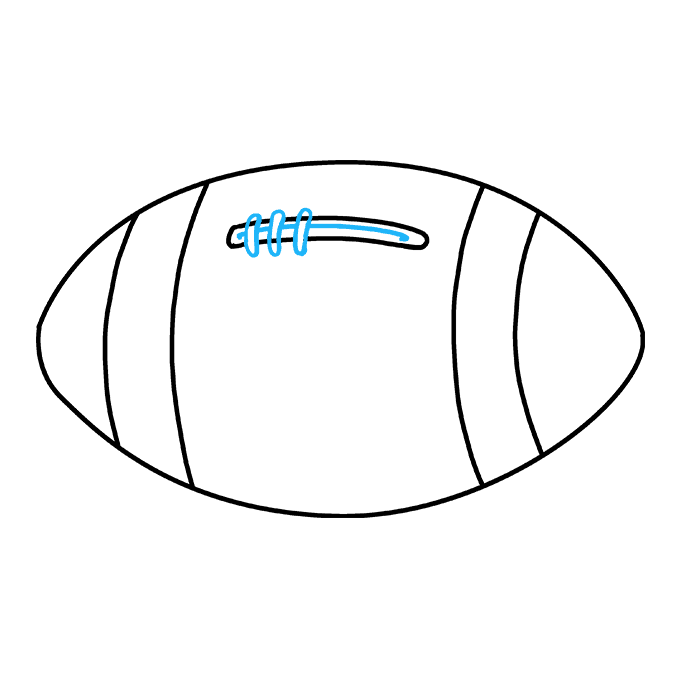 6. Draw another curved line down the center of the shape drawn in the previous step. Then, use short curved lines to enclose curved shapes crossing the original shape. Erase guide lines as necessary. These shapes represent the football's stitching. 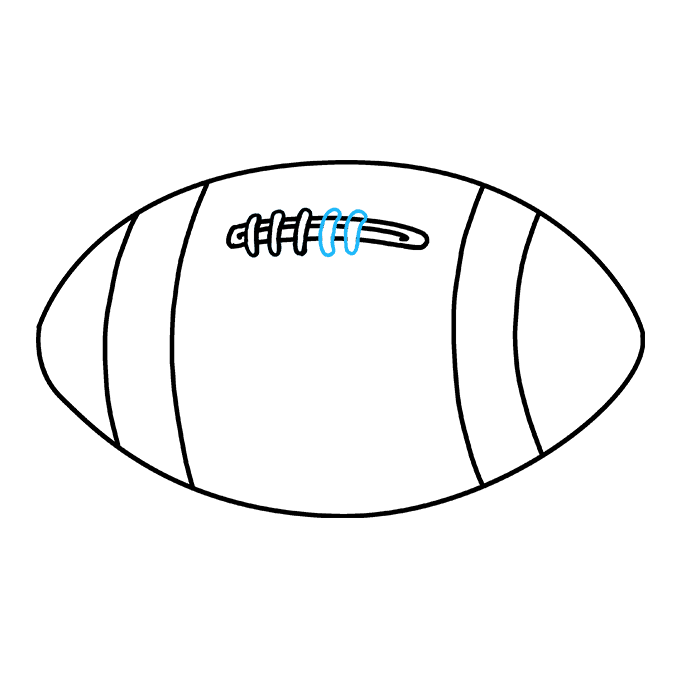 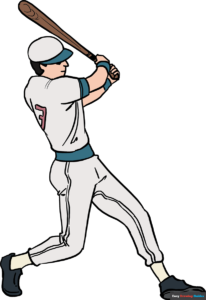 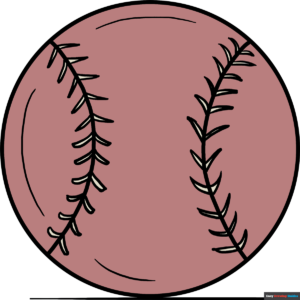 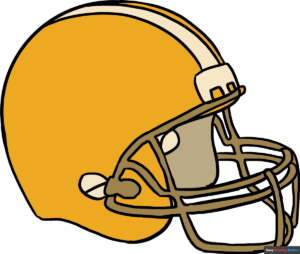 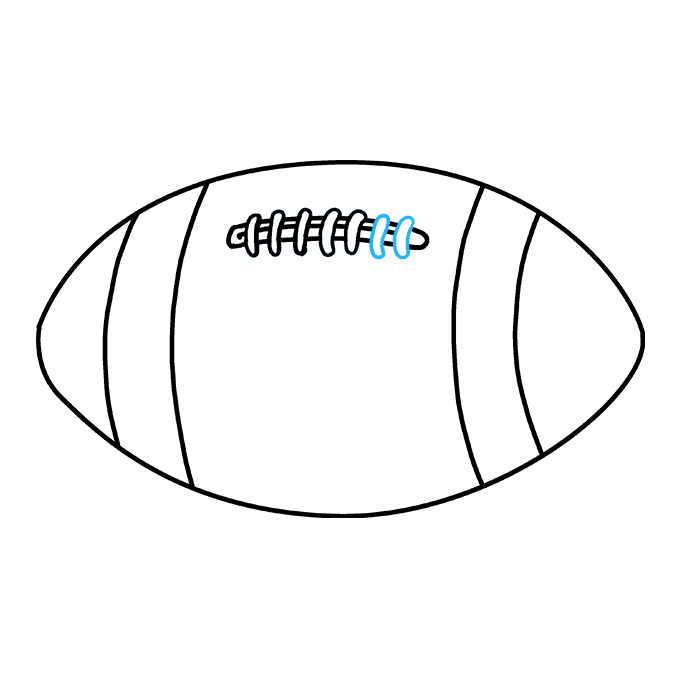 8. Draw a few more curved shapes, filling the base with stitches from end to end. Erase guide lines as needed.

Complete the Outline of Your Football Drawing - Step 9 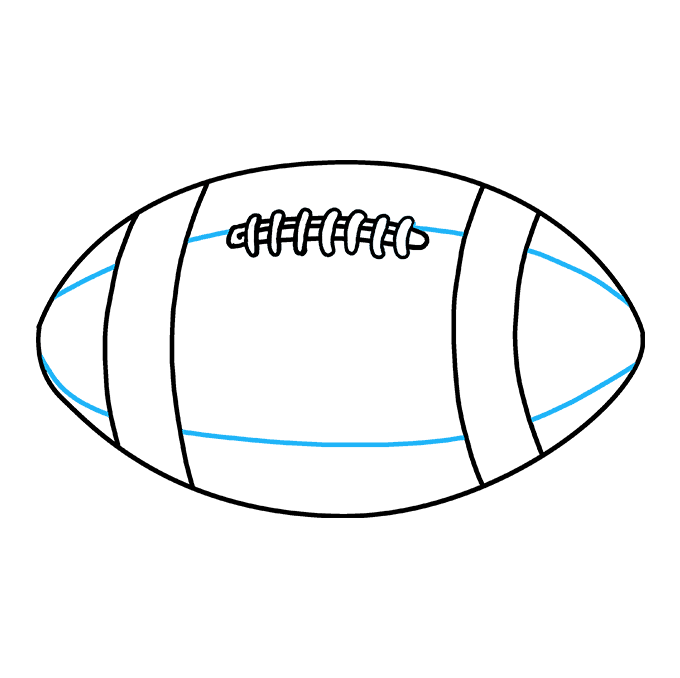 9. Draw two curved lines running the length of the football. Notice how the lines do not cross over the stripes or stitching.

10. Color your football. American footballs are typically brown in color with white or tan stripes and stitching.

Keep your head in the game! Use our easy drawing guides to learn to draw other sports-related items, such as a basketball or a soccer ball. 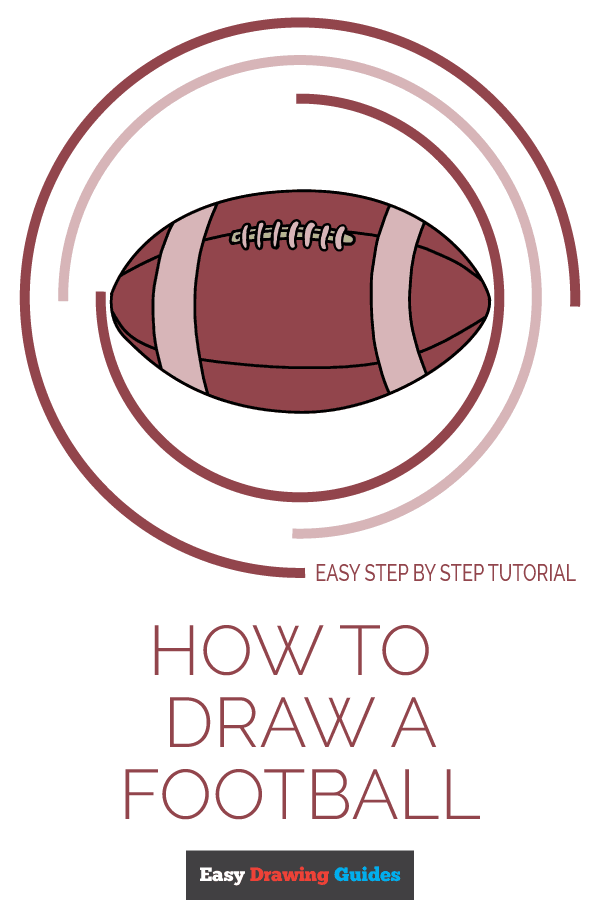 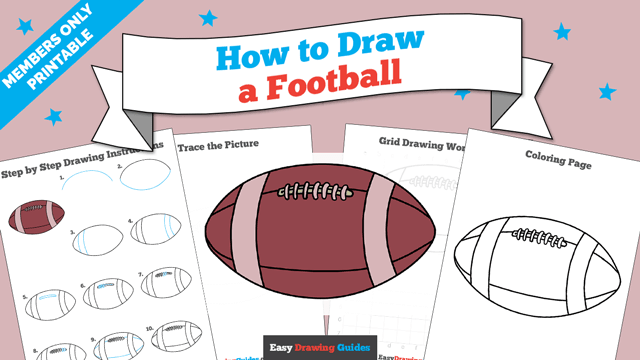