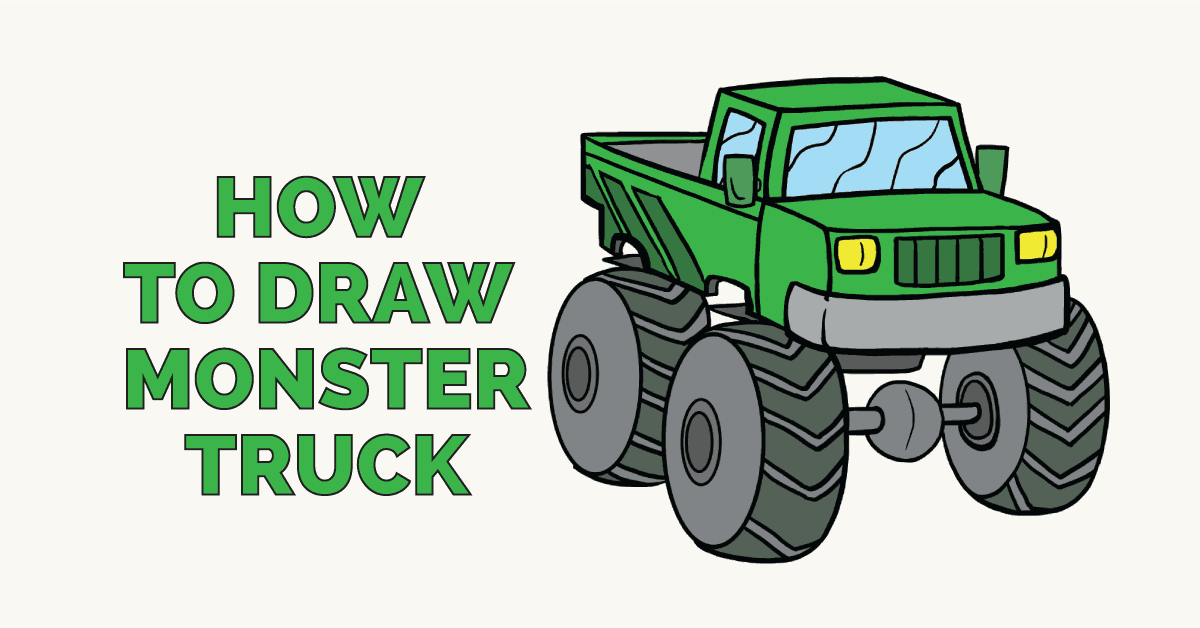 The appeal of monster trucks is not lost on the animation industry. Numerous children's movies and series have featured monster truck characters, such as the 2006 Discovery Kids series Bigfoot Presents: Meteor and the Mighty Monster Trucks. In 2016, Paramount and Nickelodeon's animated film Monster Trucks was released, featuring a truck inhabited by an actual monster.

Would you like to draw your very own monster truck? Now you can, using this easy, step-by-step drawing tutorial.

All you will need is a pencil and a piece of paper. You may also want to have an eraser handy and something with which to color your finished drawing, such as crayons, colored pencils, markers, or paints. In each step, new lines are shown in blue.

If you liked this tutorial, see also the following drawing guides: Train, Revolver, and House. 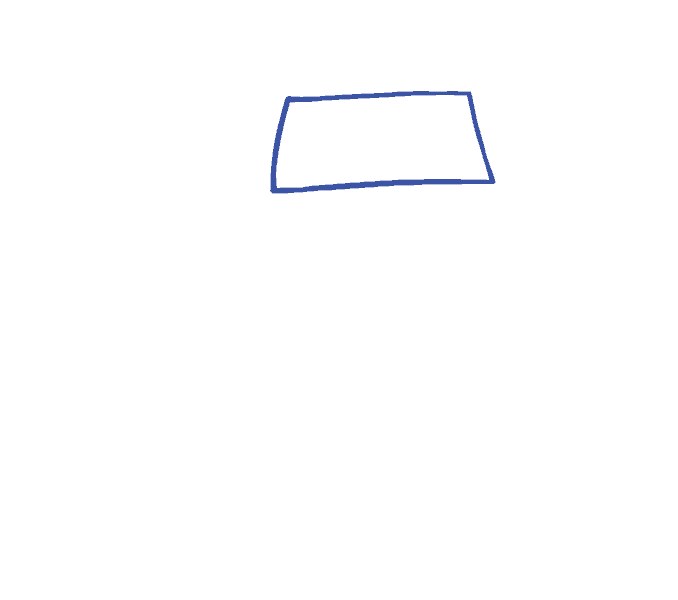 Begin by drawing a parallelogram - A rectangle in which the top line is shorter than the bottom line. This will form the truck's windshield. 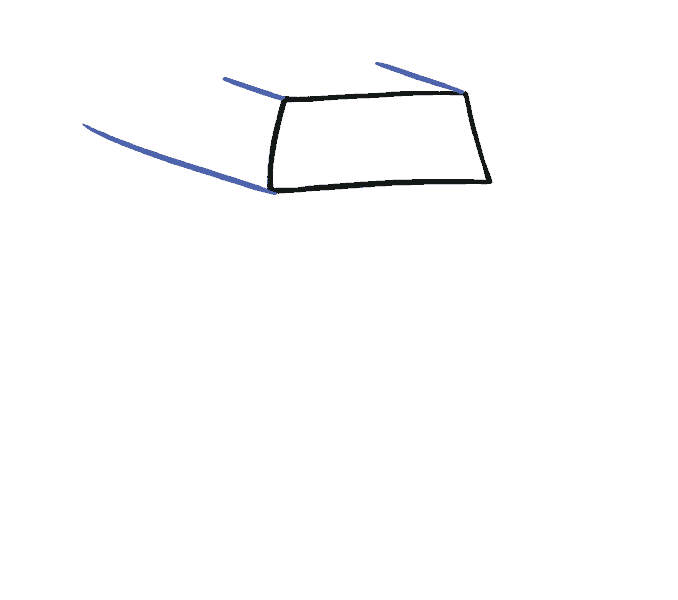 From the top corners and one of the bottom corners, extend straight, parallel lines. This three dimensional form outlines the cab of the truck. 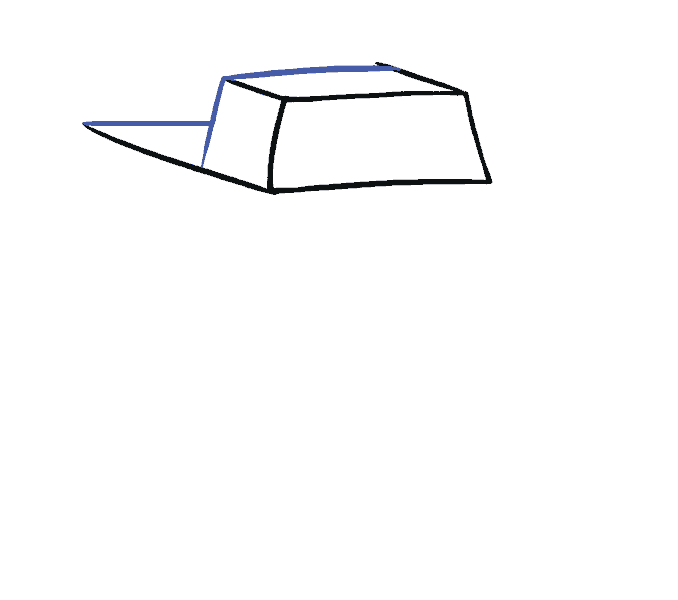 Enclose the cab of the truck and the truck bed using straight lines. 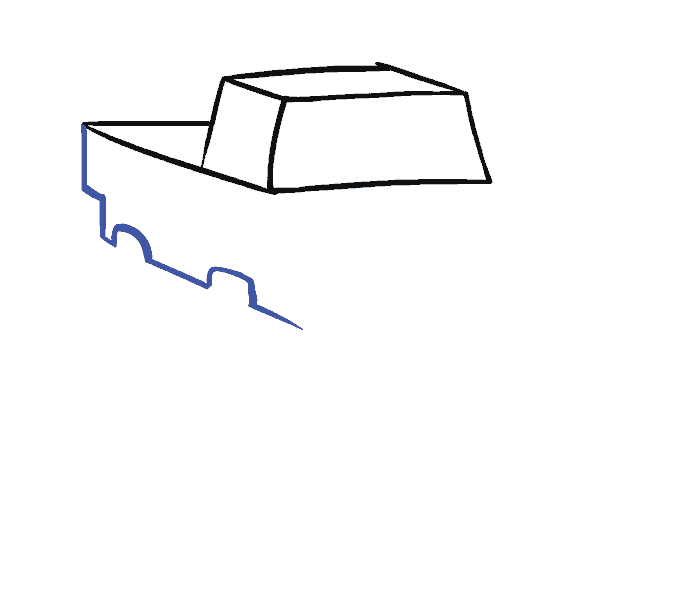 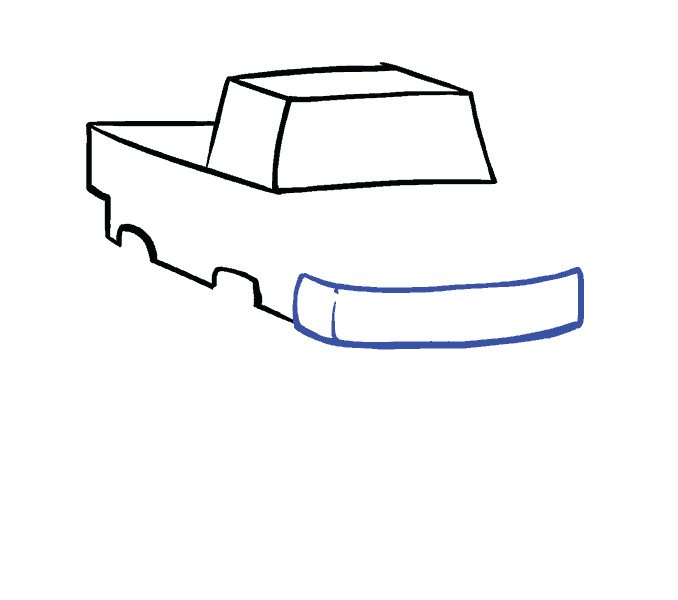 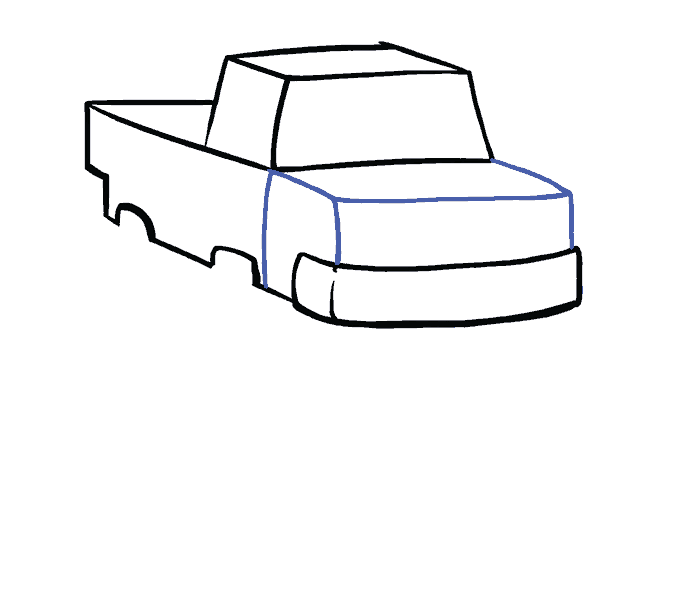 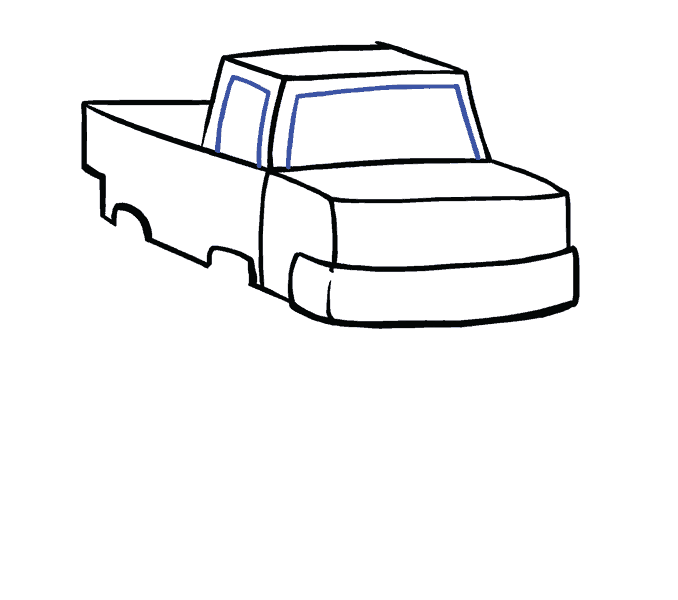 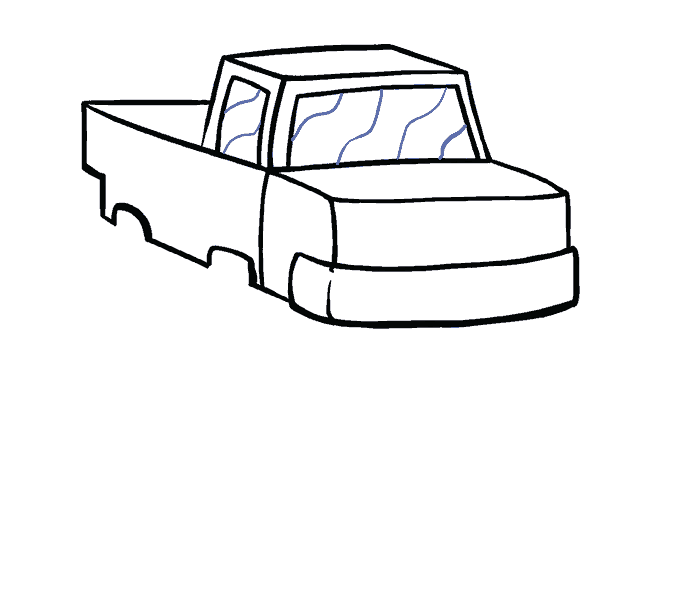 Draw wavy lines across the windows. These lines indicate reflections on the window glass. 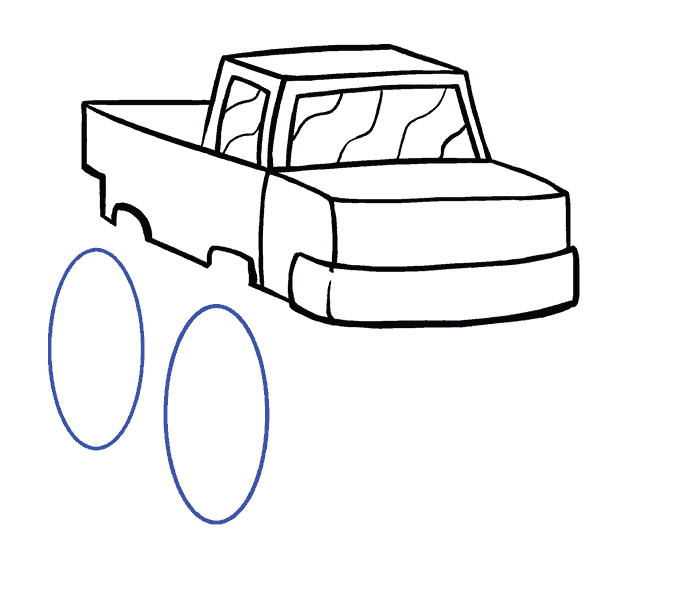 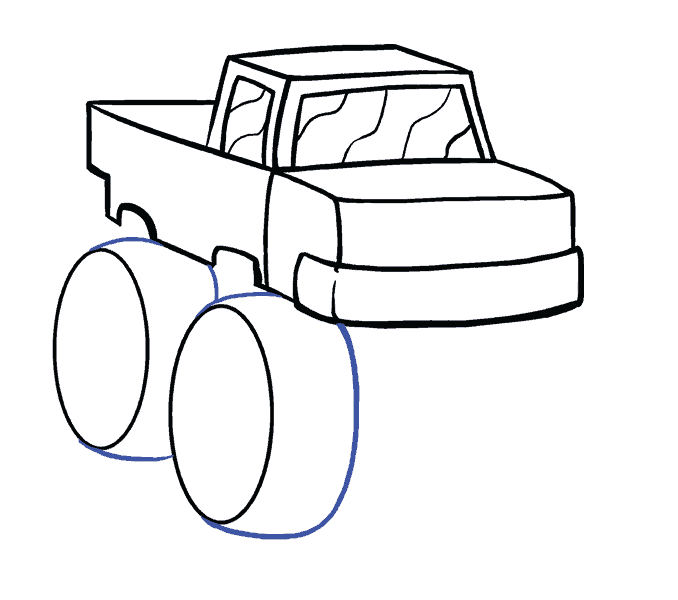 Draw curved lines from the top of the ovals to the truck body, and to the bottom of the ovals. This encloses the surface of the tires. 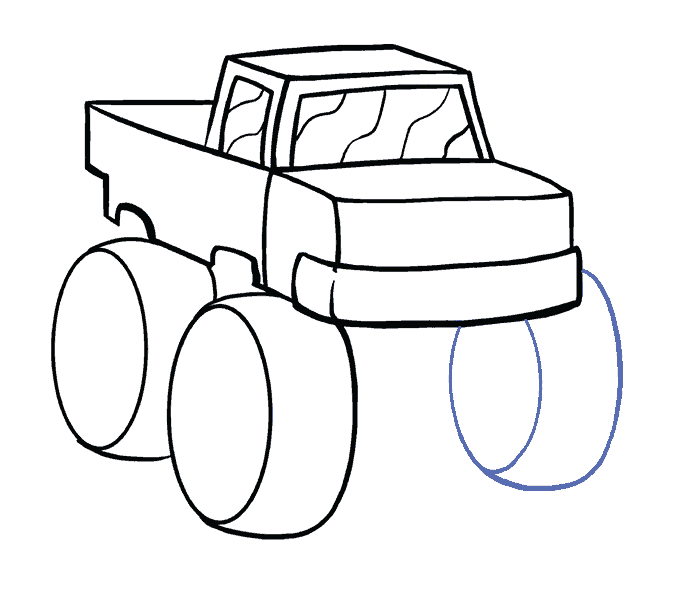 Draw another tire on the opposite side of the truck, using an oval and a curved line. 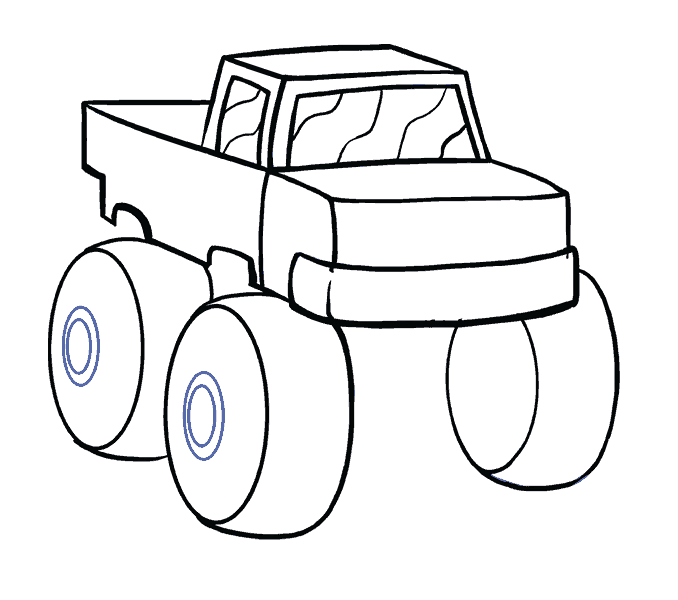 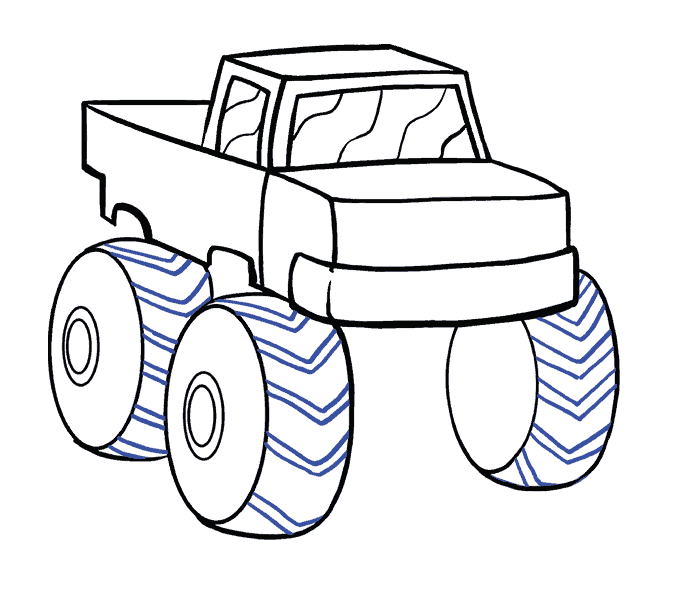 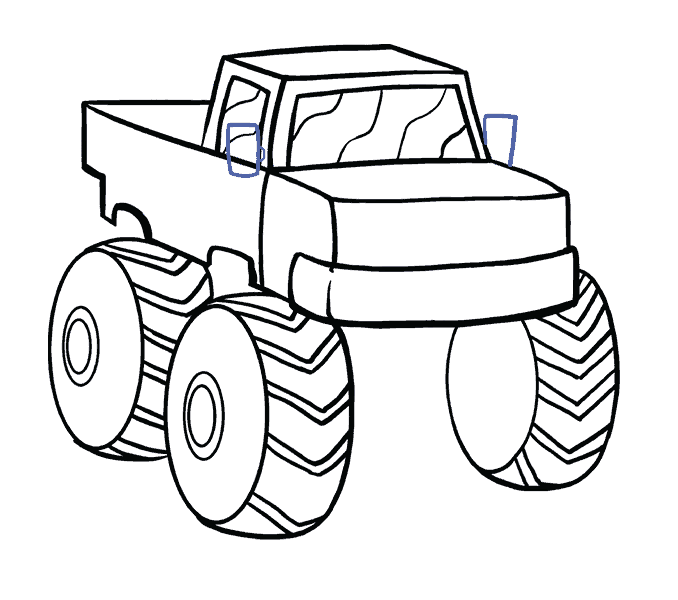 Draw mirrors on each side of the truck using small rectangles. 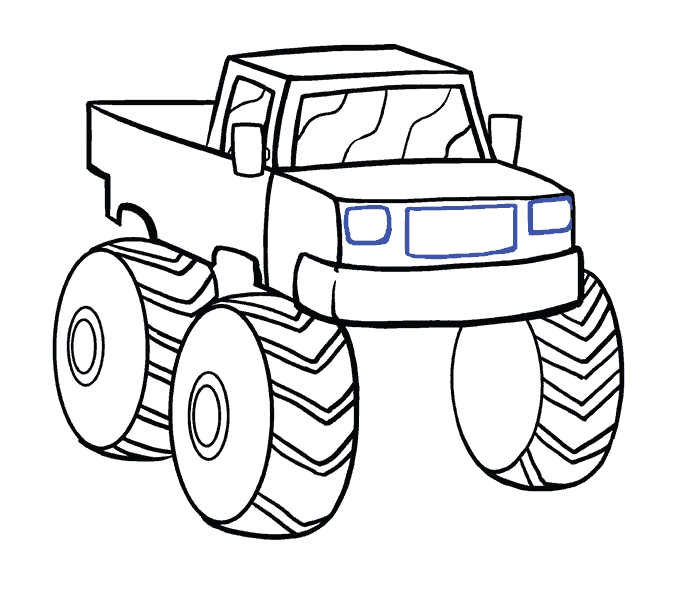 Draw two small rectangles on the front of the truck to indicate headlights. Draw a larger rectangle between the headlights to form the grill. 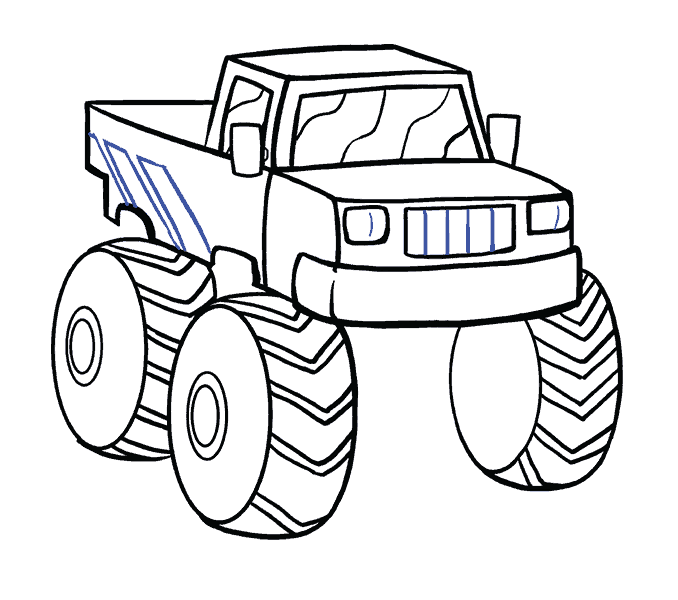 Detail the truck. Draw vertical lines across the grill, and draw a curved line across each headlight. Draw several narrow, diagonal parallelograms on the side of the truck. 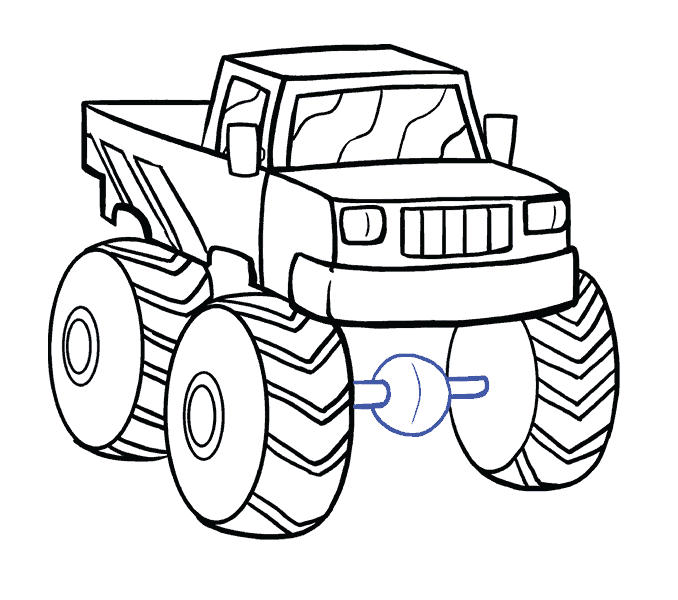 Draw the axle between the front wheels. Begin with a circle. Extend parallel lines from the circle to the wheel. As needed, connect the lines using a short, curved line. Draw a curved line through the circle. 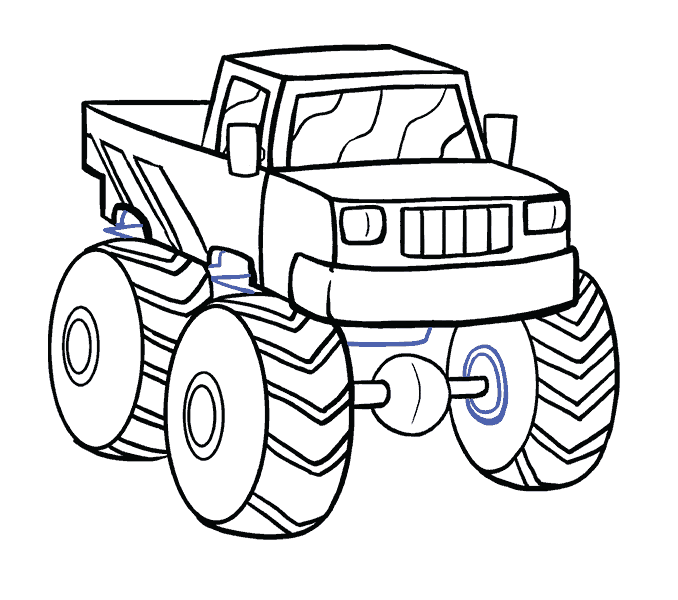 Draw a circle within a circle around the axle, where it connects to the far wheel. Using curved lines, detail the underside of the truck below the bumper, and within each wheel well. 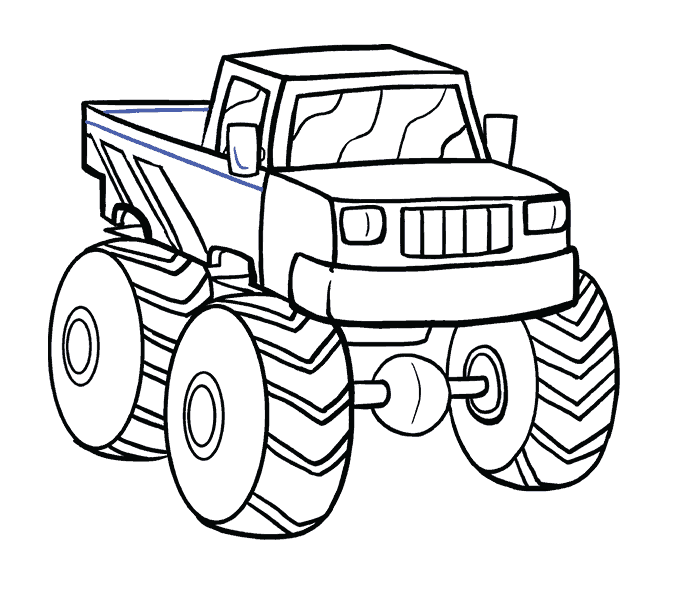 Draw a straight line down the side of the truck and across the truck bed. 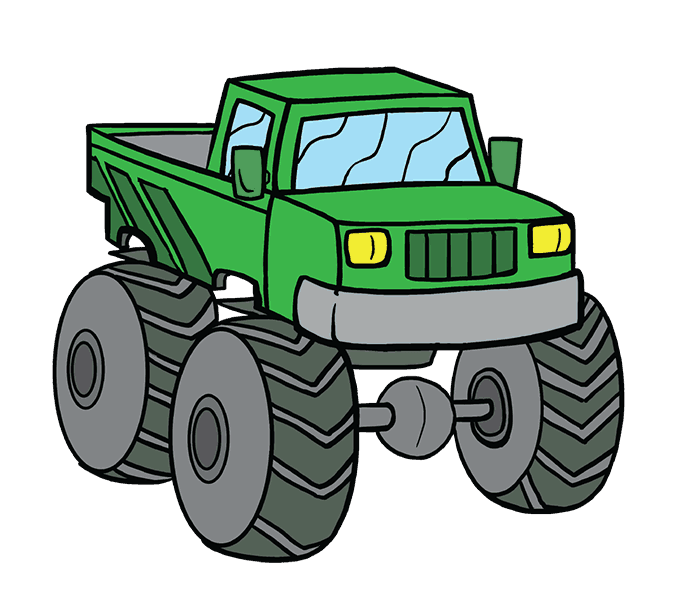