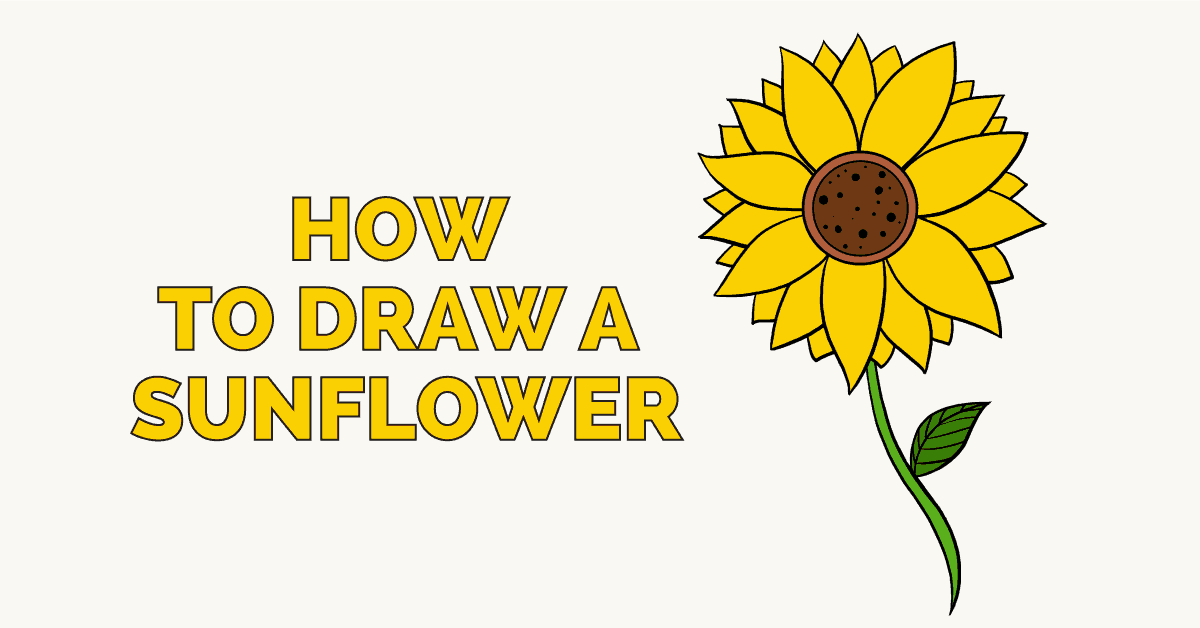 Sunflowers are a well known sight across much of the world. Their scientific name, Helianthus, can literally be translated "sun flower," from the Greek words helios (sun) and anthos (flower).

The sunflower's name describes the behavior of this large plant, as its blossoms turn to follow the sun in its daily march across the sky.

The yellow flowers themselves are alsothought to resemble the sun.

There are about 70 varieties of sunflower, and they are farmed for their beauty as well as their seeds, which both humans and animals find to be tasty and nutritious.

Wild sunflowers are native to North and South America, and the sunflower is one of only four agricultural plants to be domesticated by the Native Americans.

Sunflowers have featured prominently in artwork. Native Americans not only made representations of the flower itself, but used its seeds as ornamentation.

Sunflowers were also used extensively in the artwork of Disney's animated film, Pocahantas (1995).

The large, bright flowers gained popularity as a design element in clothing and home decor during the 1960's and 1970's, and are still used as such today.

Would you like to add cheerful sunflower designs to your room, your clothing, your school supplies, or your artwork?

Doing so is easier than ever with this simple, step-by-step drawing guide.

All you will need is a pencil and a piece of paper, and perhaps an eraser, crayons, colored pencils, markers, or paints.

Simply follow the instructions of the written steps, along with the accompanying illustrations.

In each step, new lines are shown in light blue. Using this easy drawing guide, you will soon "grow" an entire garden of sunflowers!

If you liked this tutorial, see also the following drawing guides: Tulip, Cartoon Flowers, and Rose with Stem.

Step-by-Step Instructions for Drawing a Sunflower

1. Begin by drawing a circle. This will form the center of the flower, often called the eye or disk.

2. Extend pairs of curved lines from the flower's eye, allowing the lines in each set to meet in a sharp point. Repeat this process around the entire circle. Thus are formed the flower's petals.

3. Between each petal, draw a pair of shorter, curved lines, allowing the lines to meet in a sharp point. These lines form a second layer of petals behind the first.

4. Between each of the near and far petals, draw a pair of short, curved lines that meet in a point. These triangular figures form yet another layer of petals behind the first two layers.

5. Within the circle of the flower's eye, draw another, smaller circle, adding detail to the flower's center.

6. Beneath the flower, extend two long, curving, parallel lines. Allow the lines to meet at a point. This forms the flower's stem.

7. Extend two curved lines from one side of the stem, allowing them to meet in a point similar to that of the petals. This forms the flower's leaf. Then, draw a curved line from the base of the leaf to its tip, indicating the leaf vein.

8. Continue to detail the leaf by adding additional veins. Do so by drawing short, straight or slightly curved lines from the central leaf vein to the outside edge of the leaf.

9. Add a random assortment of small dots and circles to the eye of the flower. This indicates the texture of the seed bearing central disk, which is actually a collection of small flowers.

10. Color your sunflower. Most sunflowers are yellow with brown centers and green leaves. Some sunflowers, however, are red, orange, purple, or rust colored.

The Complete Sunflower Drawing Tutorial in One Image

How to draw: Sunflower - all drawing steps