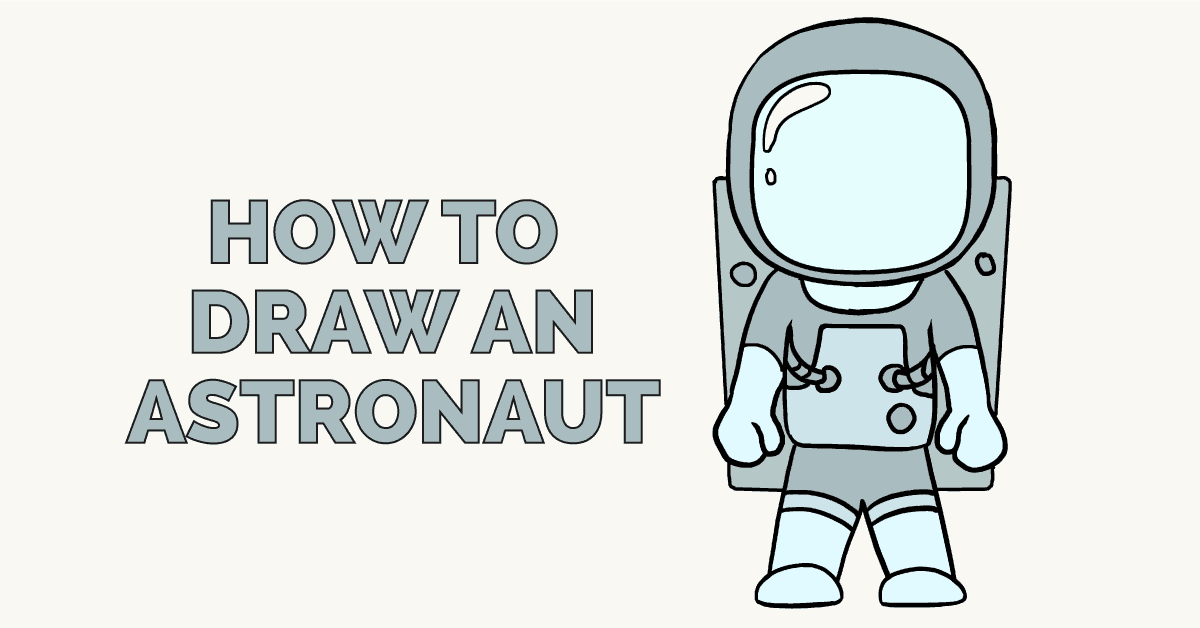 ​Since the 1960s, more than 500 people have traveled in outer space. Russian Yuri Gagarin became the first human in space during a 1961 mission. Early space flights were short because scientists were unsure of how long people could survive away from their planetary home. Today, some astronauts live on the space station for more than a year at a time.

​Did you know? The word astronaut is derived from the Greek words for "star" and "sailor." Therefore, an astronaut is anyone who has 'sailed among the stars' - a person who has flown in outer space, beyond the earth's atmosphere. Other countries, such as Russia and China, use terms such as cosmonaut and taikonaut, meaning "universe sailor" and "space sailor," respectively.

​A common experience of many astronauts is viewing the beauty of the earth from space. It is often described as a pearl, and something to be protected.

​Would you like to make an out of this world drawing of an astronaut? Doing so is easy with the help of this simple, step-by-step drawing tutorial. All you will need is a pencil, a sheet of paper, and a good eraser. You may also wish to use crayons, colored pencils, or something similar to shade your finished drawing.

If you liked this tutorial, see also the following drawing guides: Robot, Moon, and Night Sky.

​Step by Step Instructions for Drawing ​an Astronaut

1. ​Begin by drawing a circle. This will help you to outline the astronaut's head.

2. ​​​​Draw curved lines on the outside of the circle, forming an outline like a highly rounded rectangle.

3. ​​​Erase the guide lines left from the circle.

4. ​​​​​​​​​Draw a curved rectangular shape beneath the astronaut's head. This will form the body. Below the body, draw two diagonal lines. Between these lines, draw an upside down "V." Connect the lines using short, curved lines to form the astronaut's legs.

5.​ ​​​​​Add details to the space suit. Draw a set of curved, parallel lines across each leg to indicate the knee. Then, draw an irregular shape at the bottom of the leg, rounded on top and flatter on the bottom. These shapes form the astronaut's feet.

7. ​​​​​​​Erase the sides of the body of the spacesuit closest to the helmet.

8. ​​​​​​​​Draw a curved line beneath the helmet to indicate the neck, then draw the arms. Draw a long, curved line from the bottom of the helmet. As the line reaches the waist, extend it outwards then double it back upon itself, forming the hand. Use another curved line to outline the thumb and the underside of the arm. Repeat on the opposite side.

9. ​​​​​​​​​Draw a smaller, rounded square within the confines of the helmet. Draw a small oval and an irregular curved shape on one side to indicate the glass. Outline a rectangular shape behind the astronaut; this is his life support equipment. Draw a small circle on each side. Finally, draw a curved line across each arm to separate the glove from the suit.

10. ​​​​​​​​​​Color your astronaut. Today, most countries employ white spacesuits, but be creative!

​Why not use our other drawing tutorials to give your astronaut an out of this world environment? Use our guides to draw a robot, the moon, and the night sky. Boldly go where no artist has gone before!

The Complete Astronaut Drawing Tutorial in One Image

How to draw: Astronaut - all drawing steps