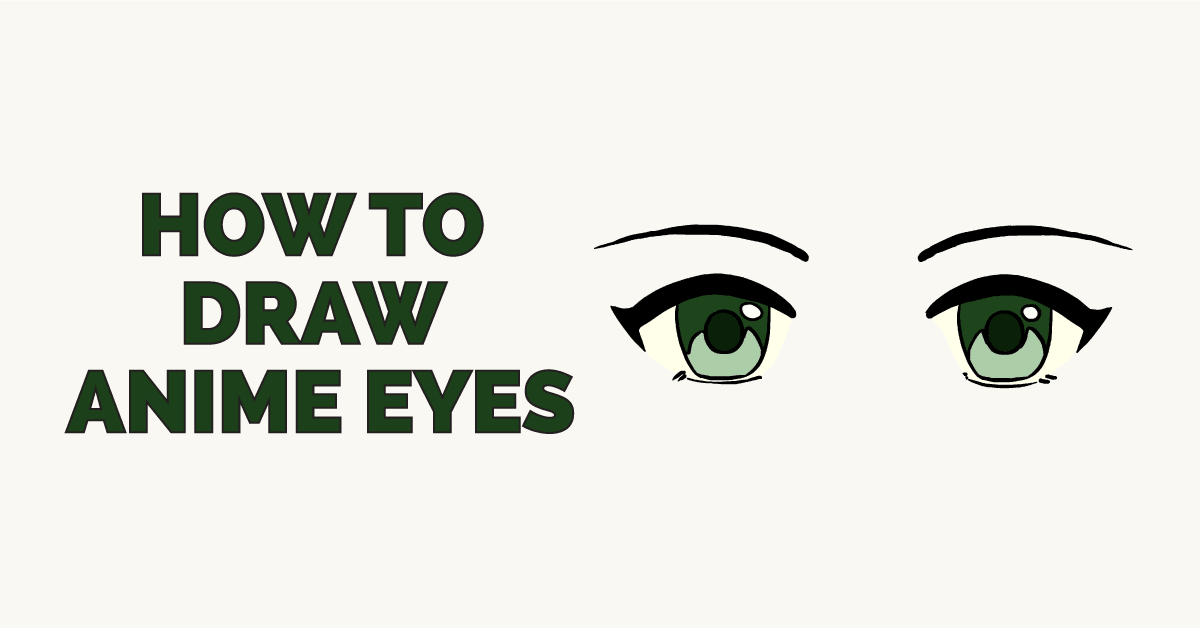 Some credit William Shakespeare with the maxim, "the eyes are the windows to the soul." This means that you can learn a lot about a person by watching their eyes.

The eyes are one source of nonverbal communication - we show our feelings to others when we cry, when our eyes are drawn up along with a smile, when they grow wide with fear, are squinted in anger, or when we roll our eyes in contempt.

The Japanese animation style known as anime takes the art of the eye to a whole new level.

The eyes of anime characters are large and expressive, often square in shape and somewhat pointed, rather than round.

Each artist or series displays a distinct drawing style, which may include interesting styles of hair and dress and differing degrees of realism.

Modern anime arose during the 1950s, following the success of American animated cartoons, such as those produced by Walt Disney.

A subculture has grown up around anime and manga - not only do fans watch the television shows, but they often delight in playing video or card games, reading books, dressing up as characters and engaging in live action role play, or learning to draw their favorite characters.

Would you like to draw an anime (or manga) character? Mastering anime girl eyes is a good place to start, and this simple, step-by-step eye drawing tutorial is here to help.

All you will need is a pencil or a pen and a sheet of paper. You may also wish to use colored pencils or something similar to shade your finished drawing.

If you liked this tutorial, see also the following drawing guides: Goku, Charizard, and Pikachu.

1.​ ​Begin by drawing two curved lines. These will form the tops of the anime girl eyes.

2. ​​​​​​​​​​​Draw another curved line beneath each of those drawn in the first step. It should meet the first line in a point on the inside of each eye, open on the other end. Then, extend short, curved lines outward from the end of each line. Connect the lines using a short, straight line, enclosing the upper eye.

4. ​​Draw a thick, curved line above each eye. These lines represent the eyebrows.

5.​​ ​​​​​​​Use a long, curved line to enclose an irregular rounded shape between the upper and lower portions of the anime girl eye. This will form the iris of the eye.

6.​ ​​​​​​​​​​​​​Repeat this process on the other eye, enclosing an irregular rounded shape using a long, curved line, to form a mirror image.

7. ​​​Within the iris of each eye, draw a small circle to form the pupil.

8.​​​ ​​​​​Add detail to the iris of the eye. Draw a curved line connecting the pupil to the iris on each side. The resulting shape should resemble two mountains, with the pupil like a rising sun between them.

9.​​​ Draw a small oval beside each pupil to highlight the eye, and shade the upper portion of the eye.

10. ​​​​​​​Color your anime girl eyes. Common human eye colors include brown, amber, green, hazel, grey, blue, and even violet. Of course, your anime character can sport any eye color you may dream up. Don't forget to be creative!

Want to learn more anime drawing tips? Check out our manga hair guide, as well as characters such as Goku, Naruto, Charizard, and Pikachu.

The Complete Anime Eyes Drawing Tutorial in One Image

How to draw: Anime Eyes - all drawing steps 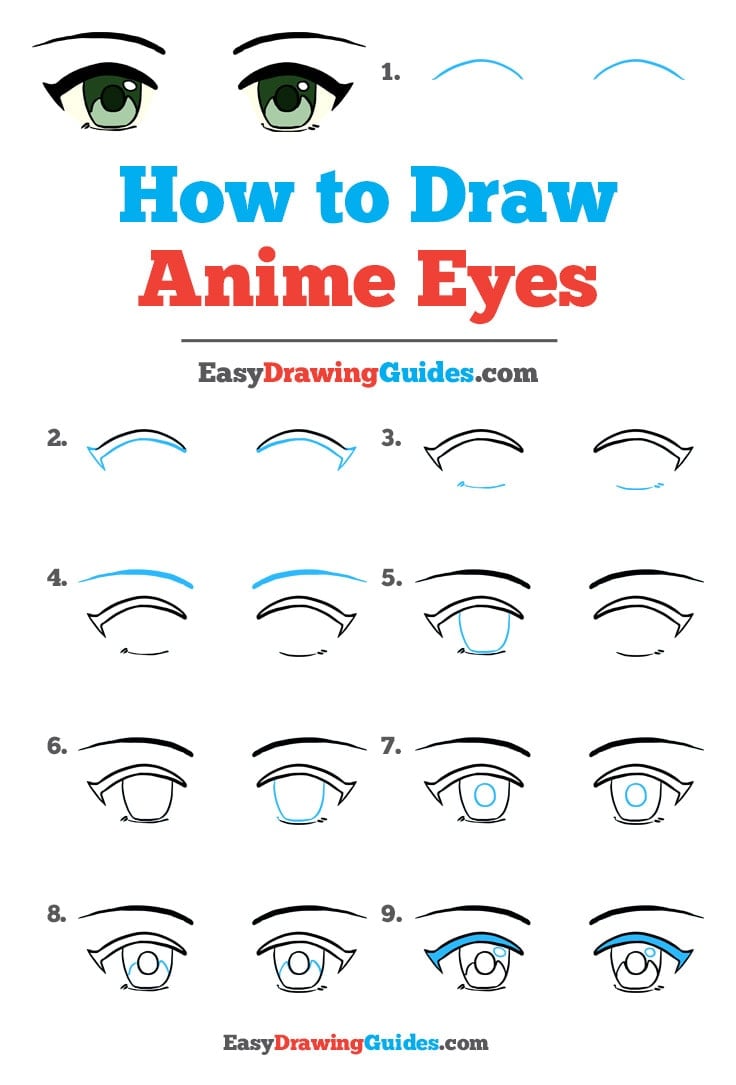