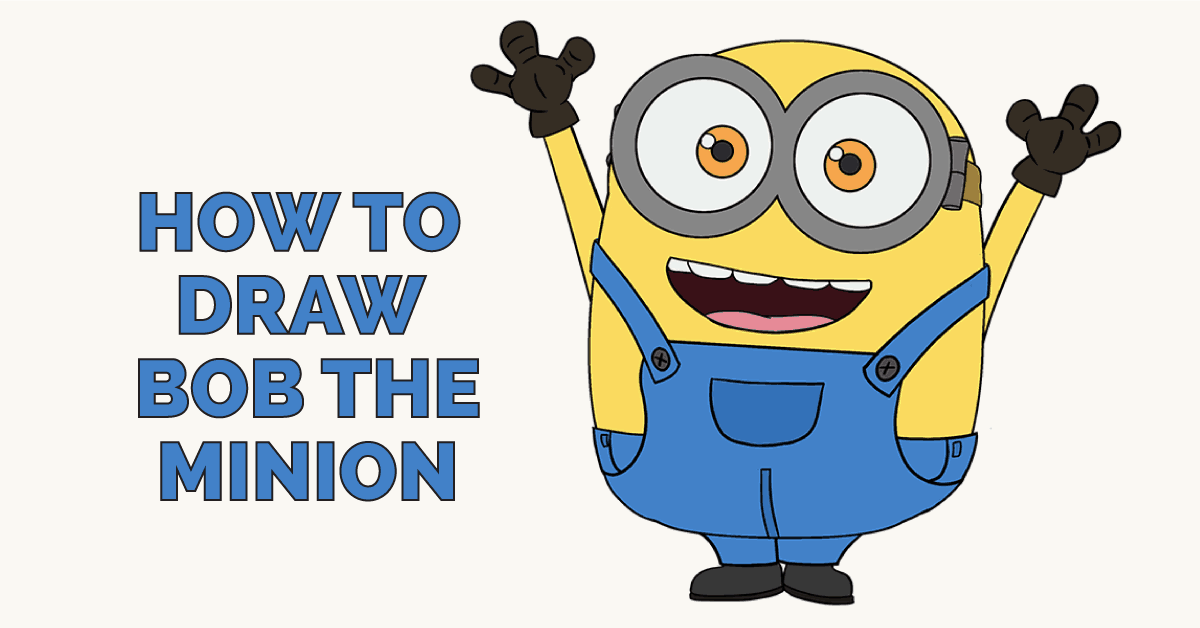 We were first introduced to the cute and eccentric minions in the 2013 feature film Despicable Me. While they may have only been supporting cast, they undeniably stole the show, and have since been featured in sequels to the original film as well as starring in their own.

Bob is one of the most well-known of the minions. He is short, cute, and very childlike.

Whether you are an evil mastermind or not, would you like to be able to draw your very own minion? Now you can, as you learn to draw Bob in this easy, step-by-step drawing tutorial.

All you will need to draw Bob the minion is a piece of paper and a marker, pencil, or pen. You may also want to gather supplies such as crayons, colored pencils, or markers to color your minion when you are finished.

As you follow this drawing guide, you will notice that each step is illustrated with a picture. New lines added in each picture are highlighted in blue. Draw the lines lightly at first, as some will need to be erased before you complete your drawing.

If you liked this tutorial, see also the following drawing guides: Santa Claus, Super Mario, and Sonic the Hedgehog. 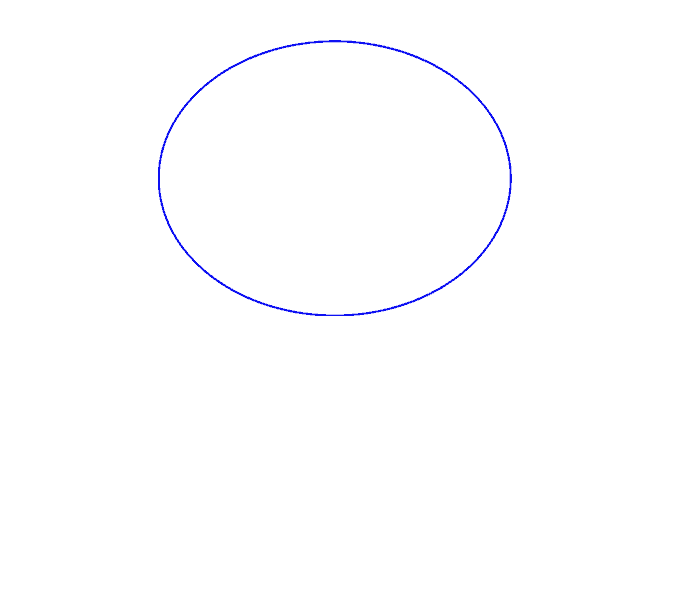 Begin by drawing an oval in the center of your page. 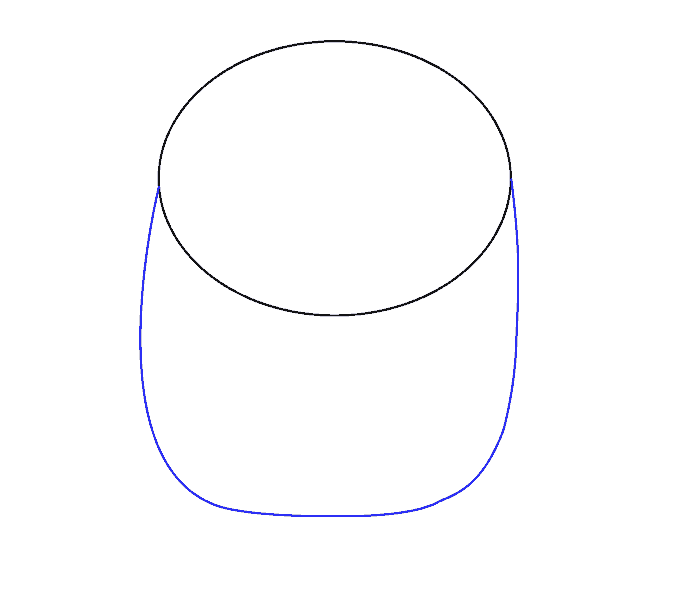 Draw a long, curved line from one side of the circle to the other. 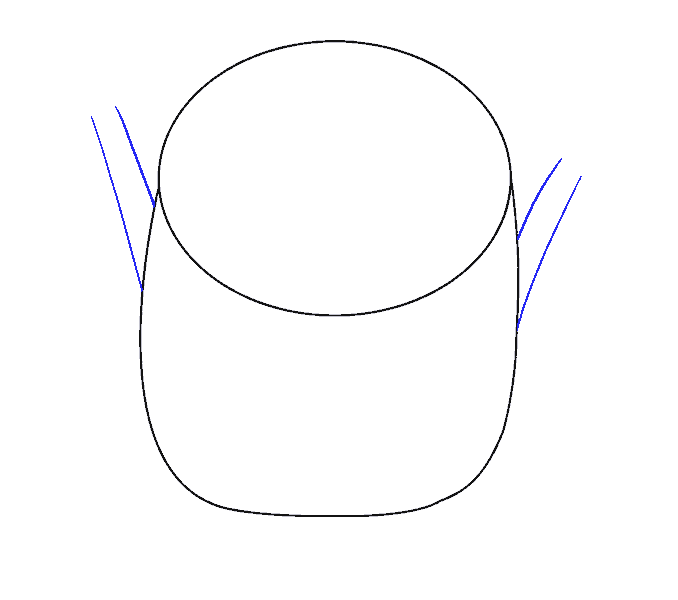 From each side of the newly enclosed shape, extend two slightly curved, parallel lines. 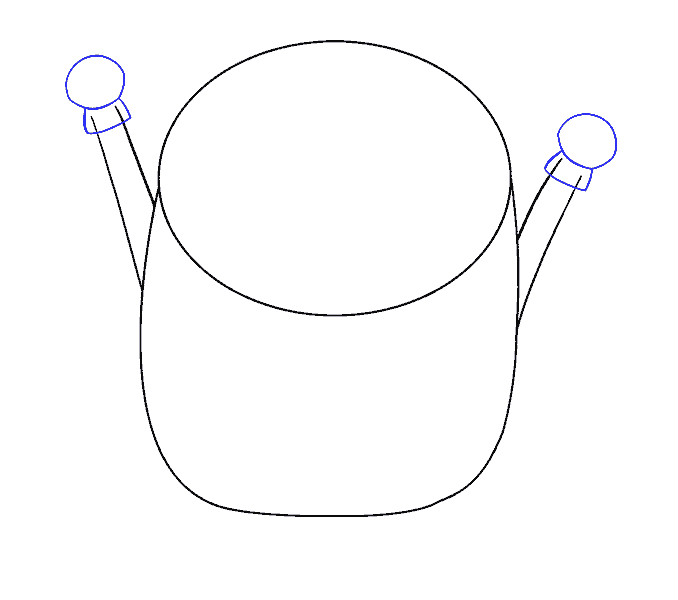 Draw a small circle just above each set of parallel lines. Extend two short, curved lines from the bottom of each circle. Connect the lines with a slightly curved line. 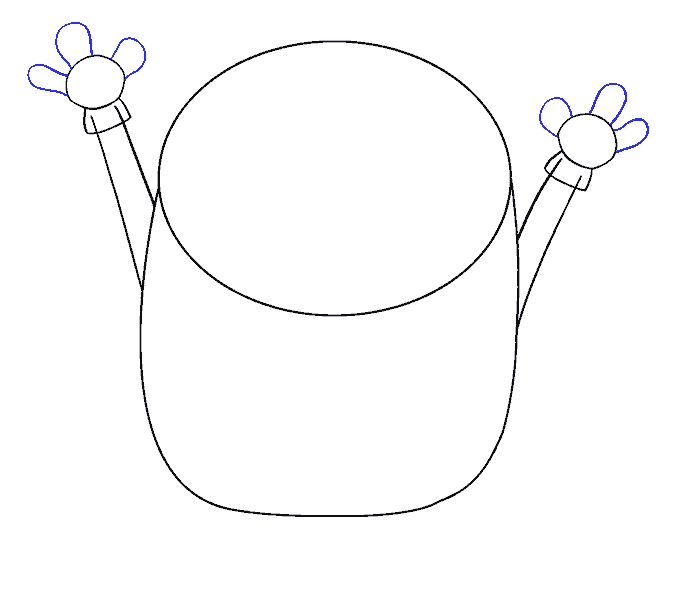 Draw three fingers on each circle. To draw a finger, extend a "U" shaped curved line from the top of the circle. Repeat until you have drawn all six fingers. 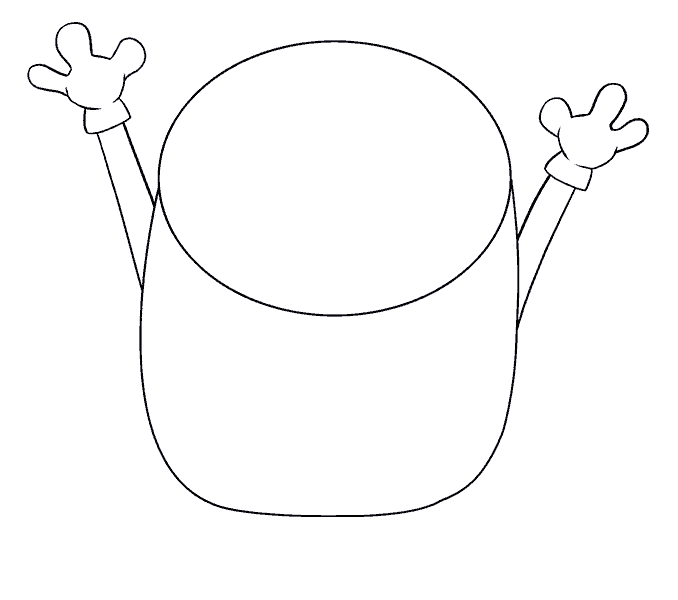 Erase the guide lines from within the hands. 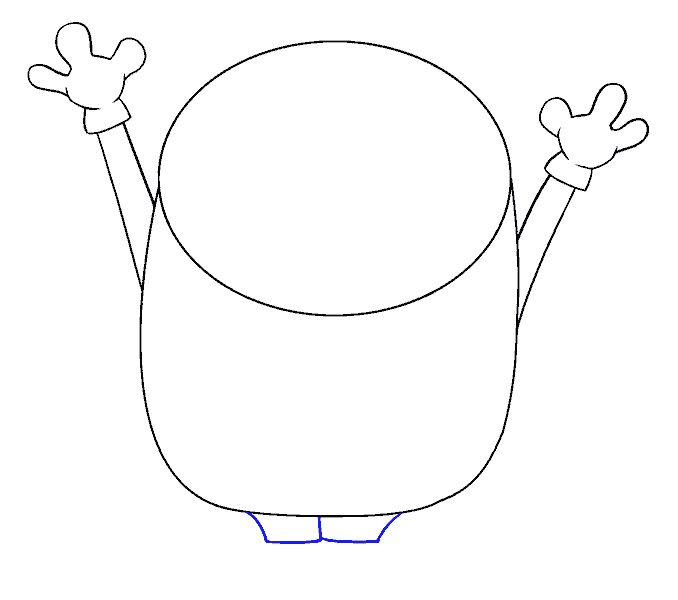 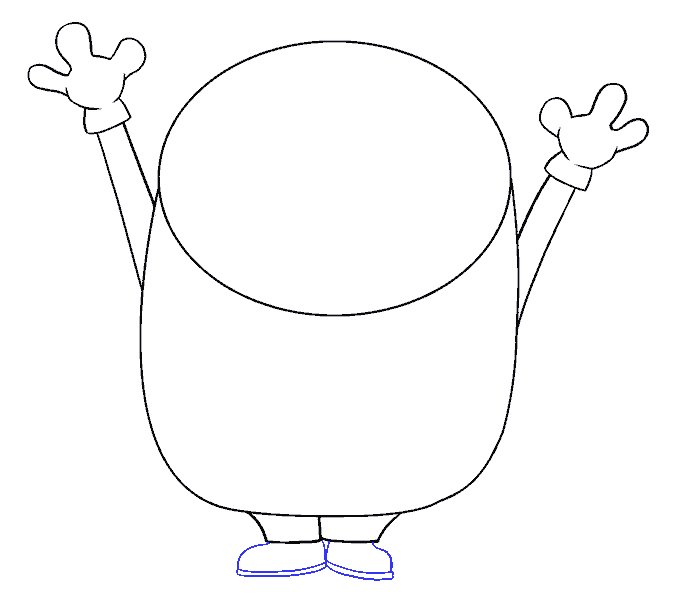 To draw the feet, extend two curved lines from each of the shapes created in the last step. Connect each pair of lines with a curved line. Then, draw another curved line parallel to the last. Connect the parallel lines using short lines. 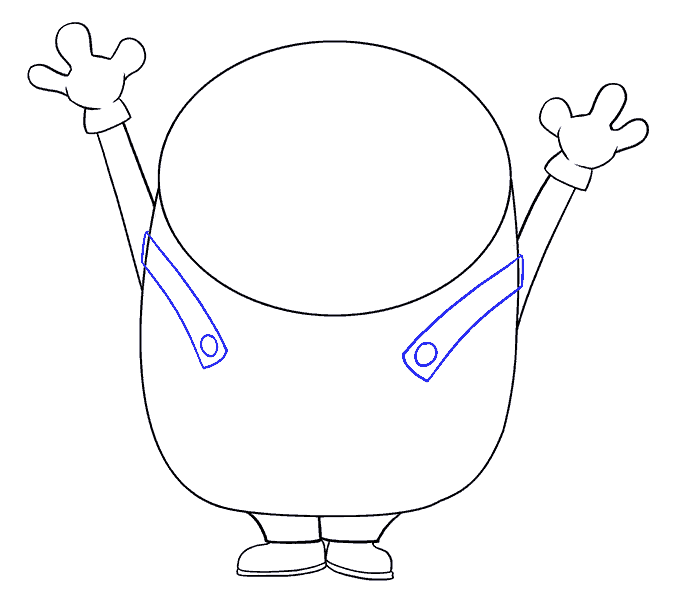 Draw Bob's suspenders. Extend two curved, parallel lines from each arm towards the center of the figure. Connect the lines on each end using a short, curved line. Draw a small circle within each shape. 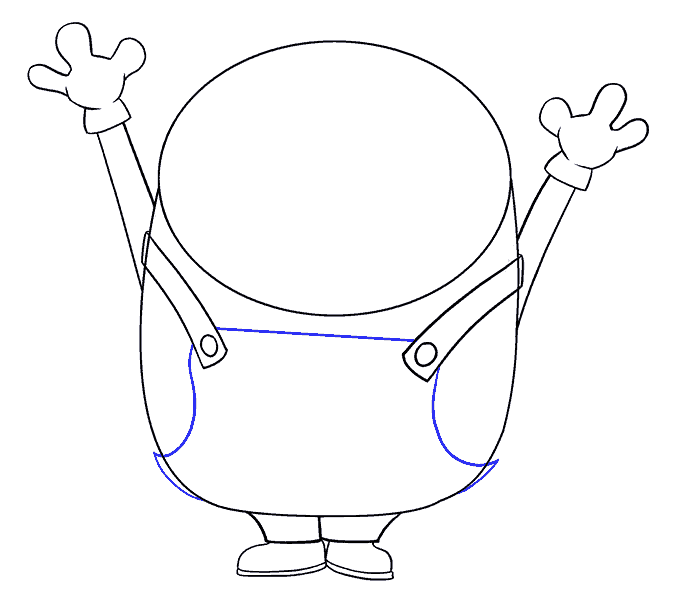 Draw Bob's clothing. Connect the two suspenders using a straight line. Extend a line downwards from each suspender, curving to the side of the image. Allow the line to cross outside the shape of the body. Draw another short line to the body. The lines will connect in a point.

How to Draw Totoro 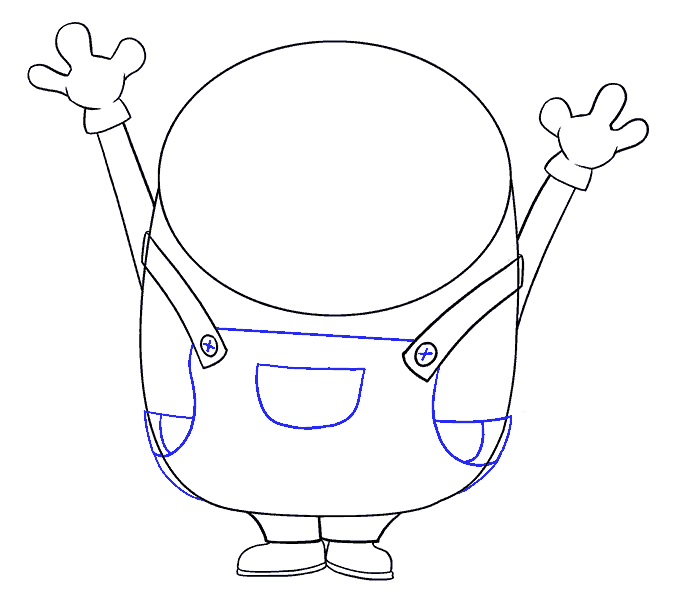 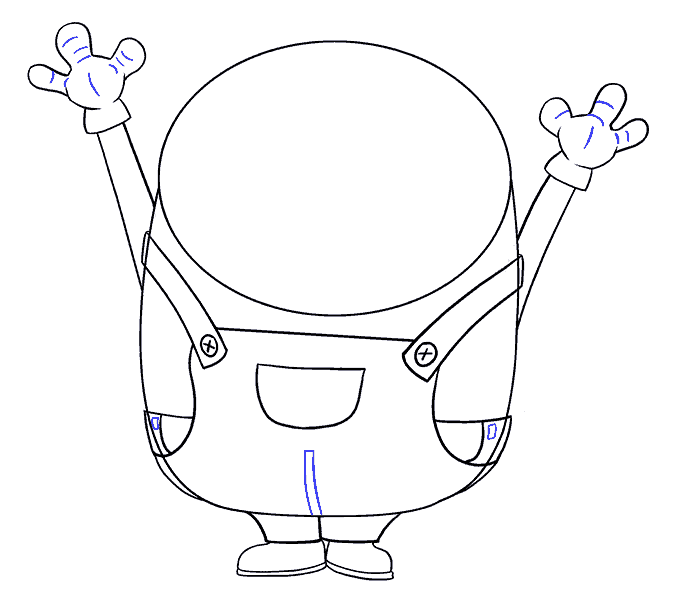 Draw a small square on the outer portion of each pocket. Extend two parallel lines from just below the center pocket to the legs. Connect the lines using a short line. Add details to the hands. First, draw a short, curved line across the palm of each hand. Then, draw one to three short, curved lines across each finger. 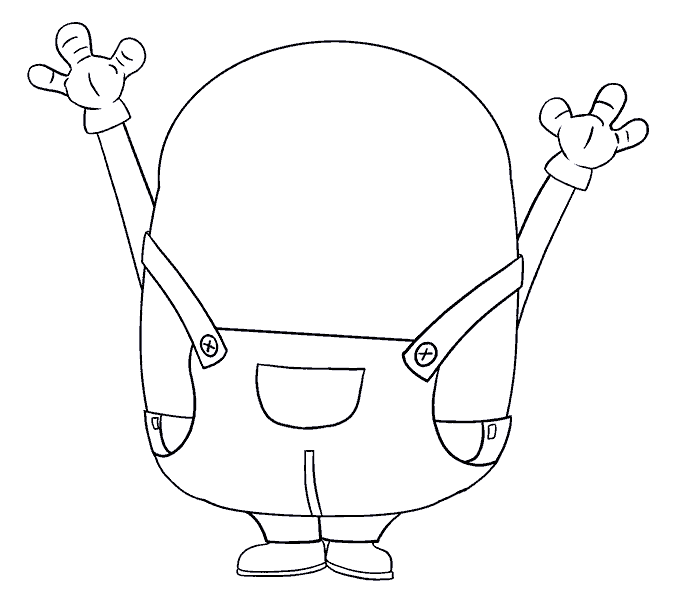 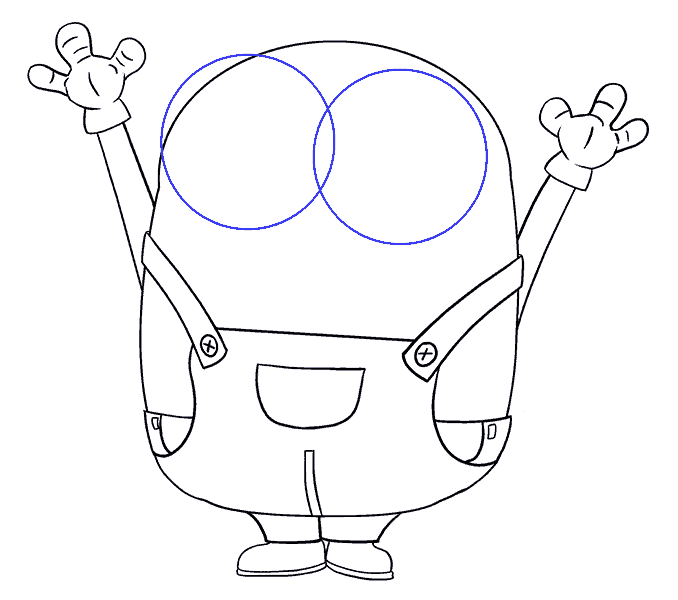 Draw two overlapping circles in the middle of the head. 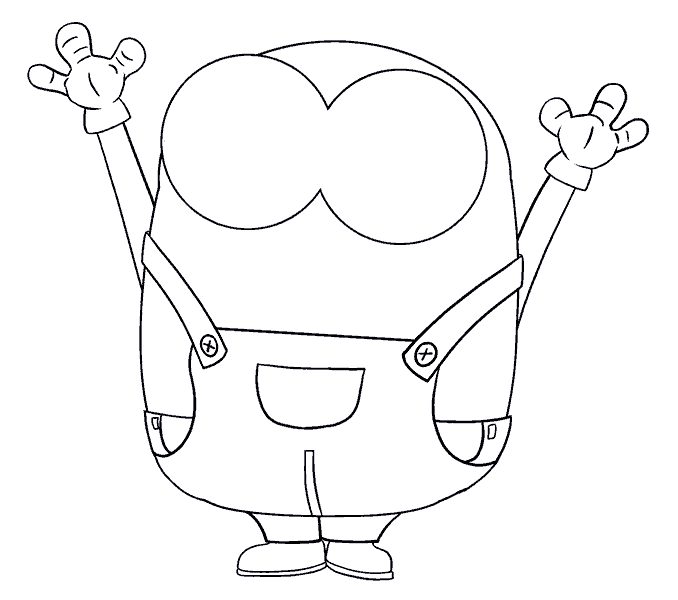 Erase the lines from where the circles overlap. 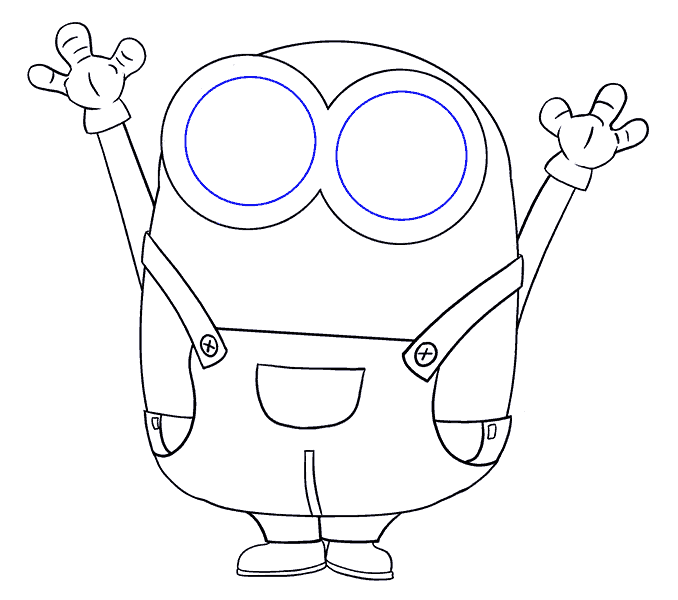 Draw a slightly smaller circle within each eye circle. 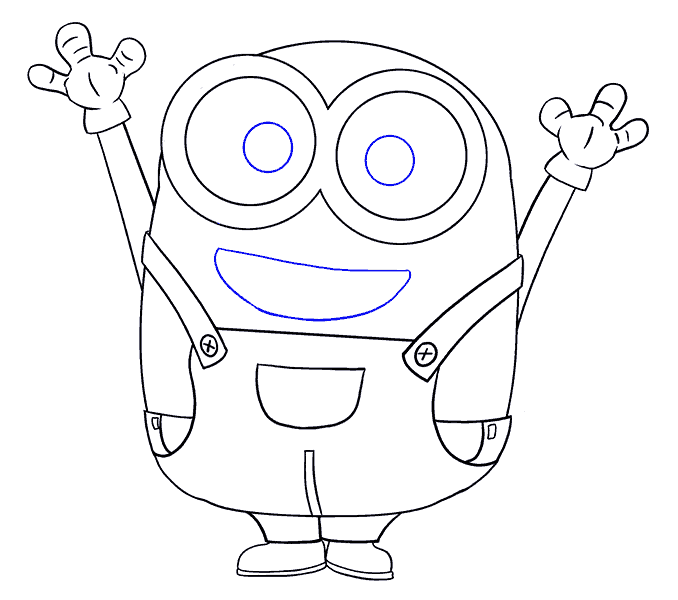 Draw pupils by placing an even smaller circle within each eye. Draw the mouth using a wide "U" shaped line. Enclose the mouth with a slightly curved line. 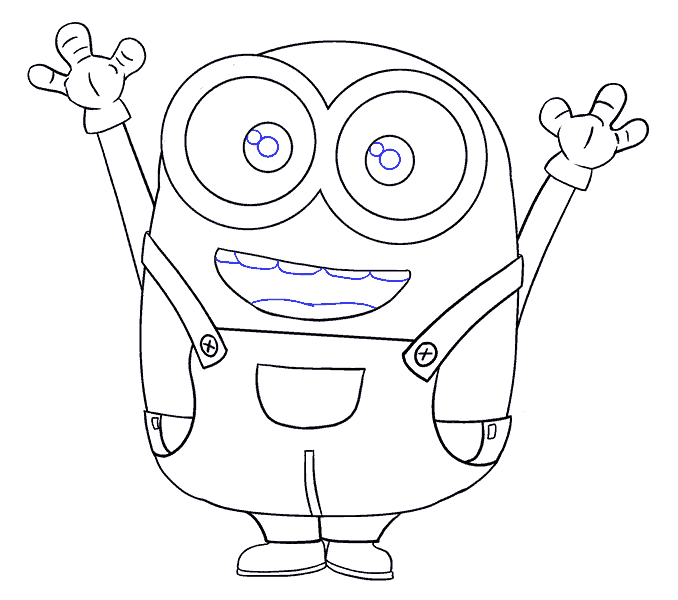 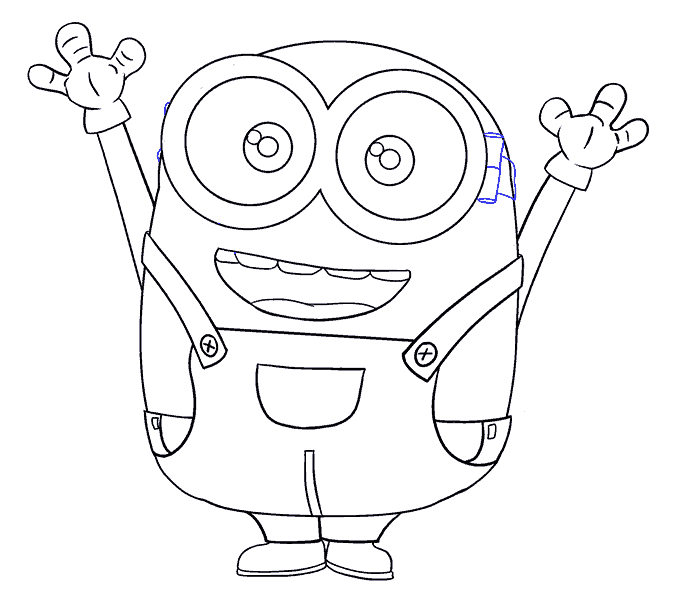 Draw two very small circles to the left of Bob's glasses, and three rectangles to the right. 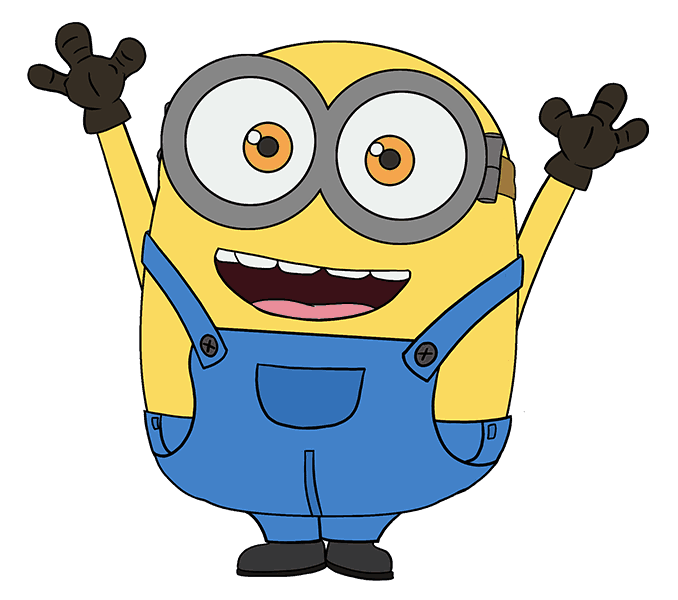