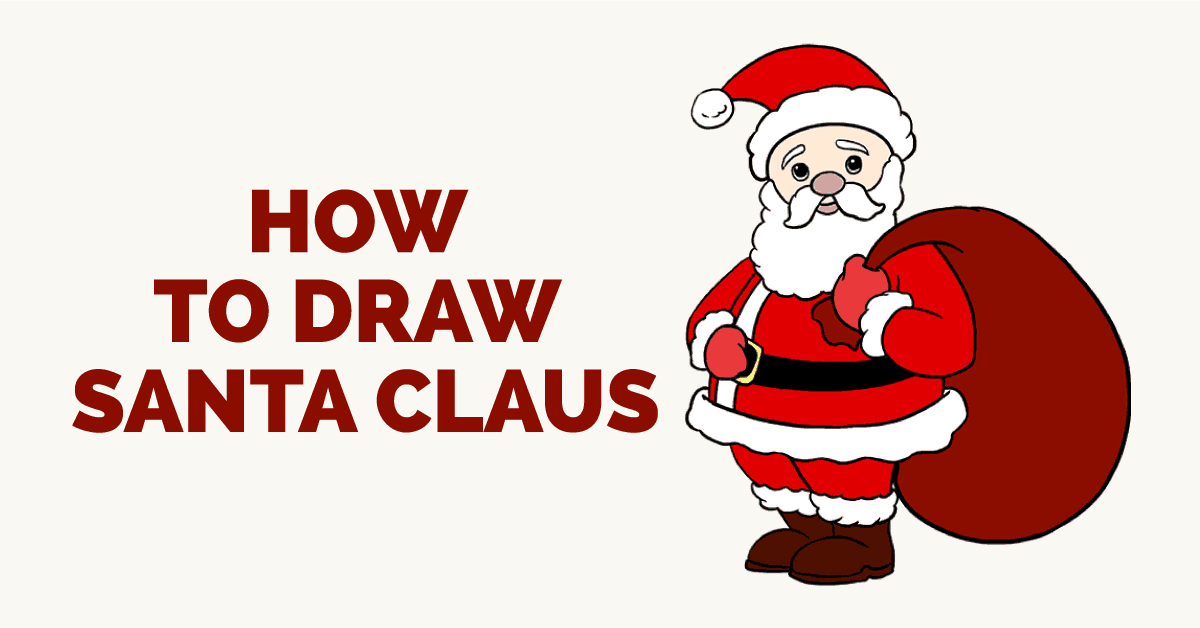 Santa Claus is a common sight in December throughout much of the world, adorning Coca Cola products, children's books, front yards, and more.

While Christmas or variations of it have been celebrated for centuries, Santa as we know him today is a relatively recent invention.

Nicholas had been known for generosity and was remembered in early December; Yule celebrations to Odin and other spirits also took place in that month.

Eventually, these were assimilated into Christmas celebrations held on December 25.

The modern appearance of Santa Claus was described in the poem "The Night Before Christmas" in 1823, and popularized in political cartoons.

During the twentieth century, marketers capitalized on this image, using it to sell products ranging from foods and beverages to decorations, toys, and clothing.

Would you like to draw Santa Claus? All you will need is a piece of paper, a pencil, and this easy, step-by-step drawing tutorial. You may also want to use an eraser and markers, colored pencils, crayons, or paints. 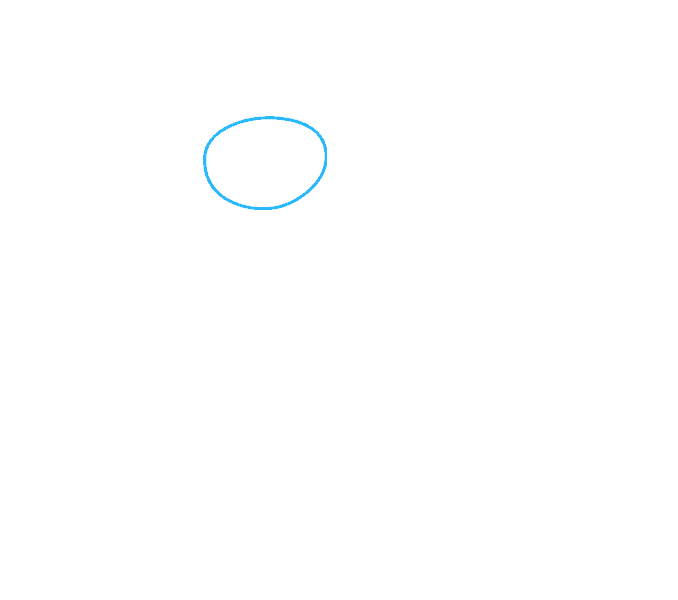 Begin by drawing an oval to outline Santa's head. 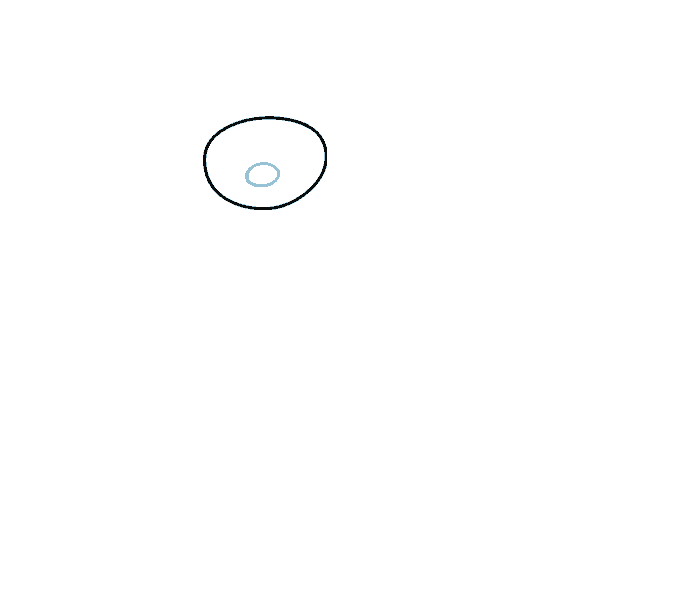 Draw a smaller oval within the first to form the nose. 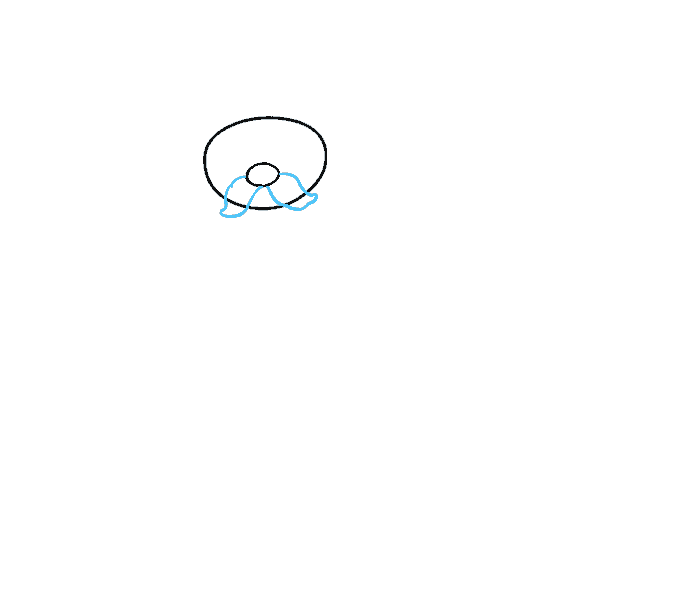 Extend two curved lines from each side of the nose, allowing them to meet in blunt points. This forms the mustache. 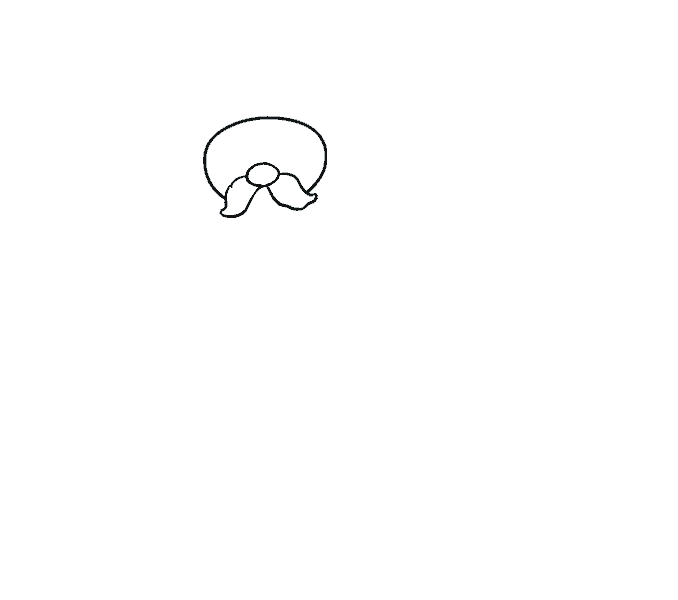 Erase the guide line from between the sides of the mustache. 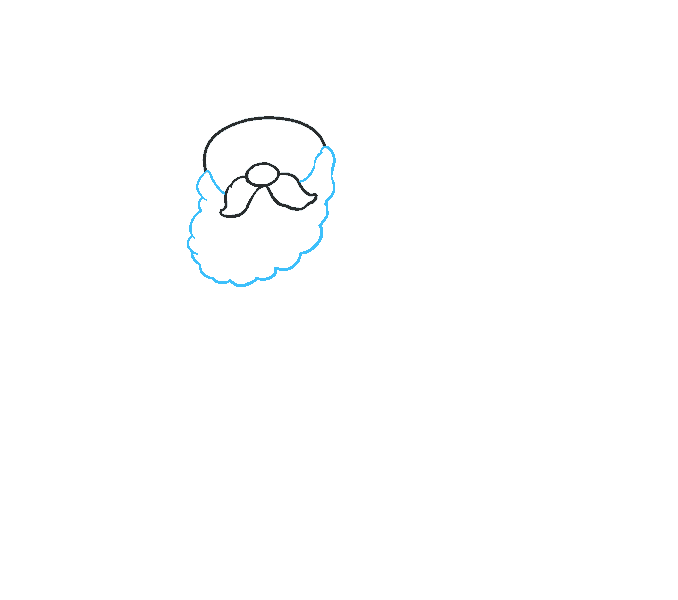 Draw a wavy, scalloped line, enclosing a shape from one side of the head to the other. This forms the beard. 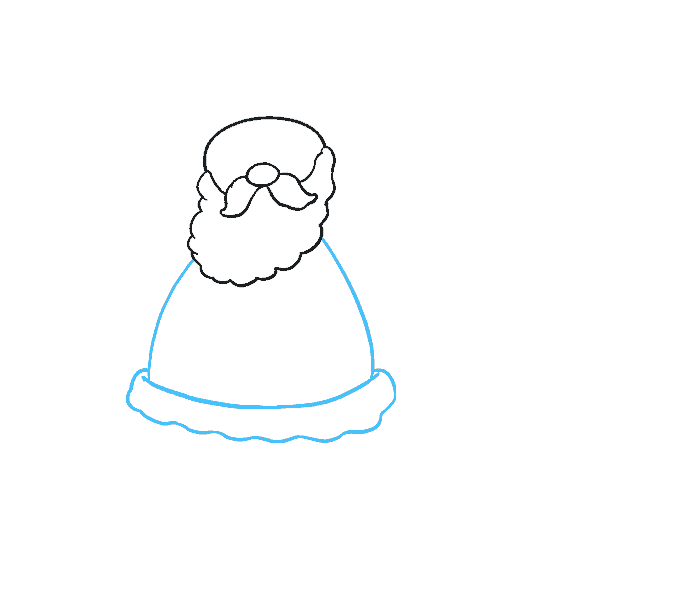 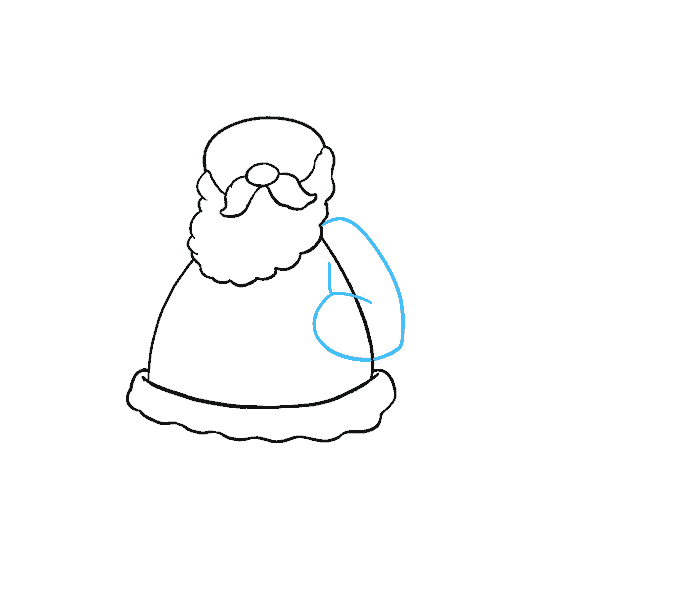 Outline the arm using a long, curved line, looping from the shoulder and into the torso. Draw a shorter curved line to form the other side of the arm. 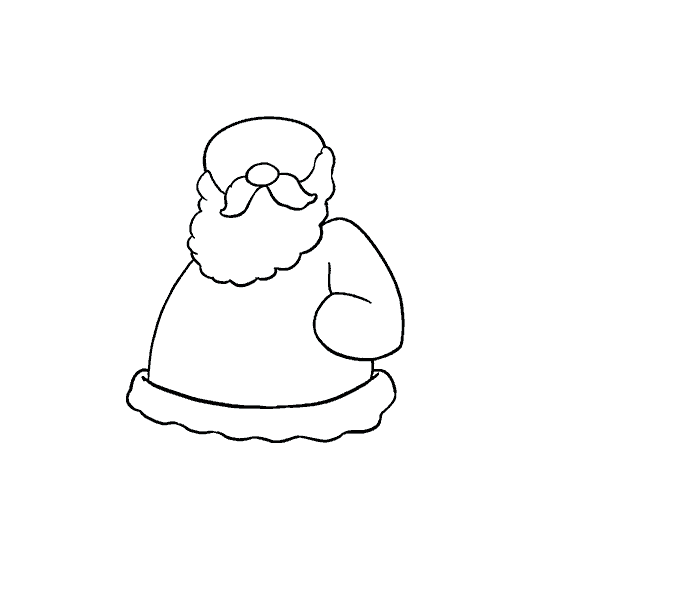 Erase the guide lines from across the arm. 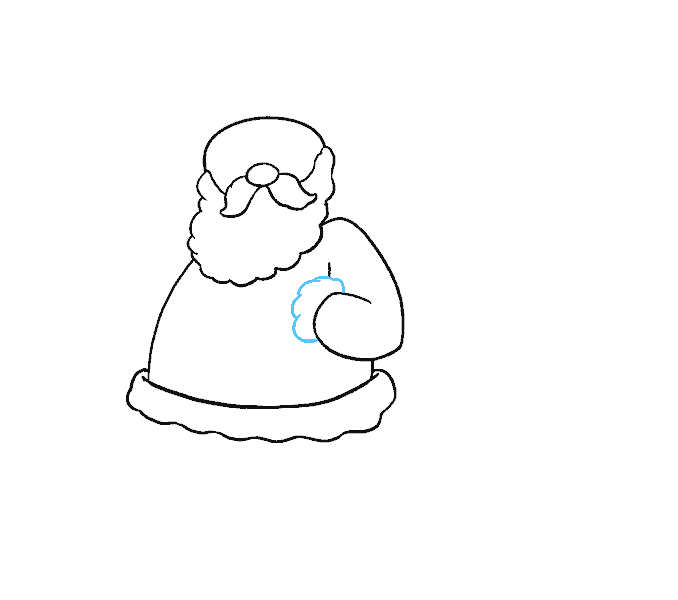 Enclose the cuff of the sleeve by drawing a series of connected, short, curved lines. 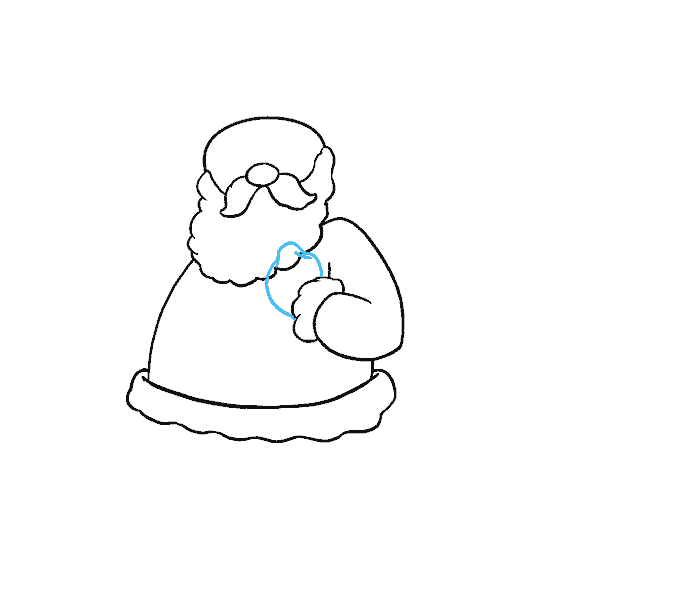 Enclose the hand using a curved line. Add detail where the thumb and fingers meet by drawing a short, curved line. 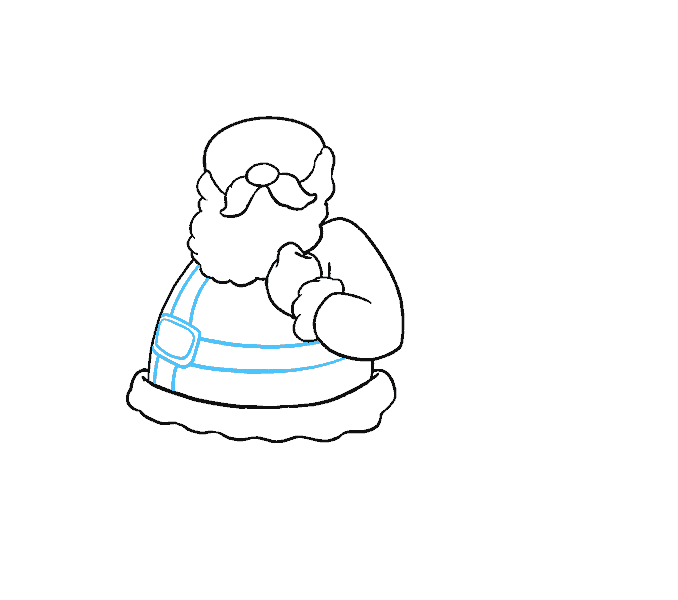 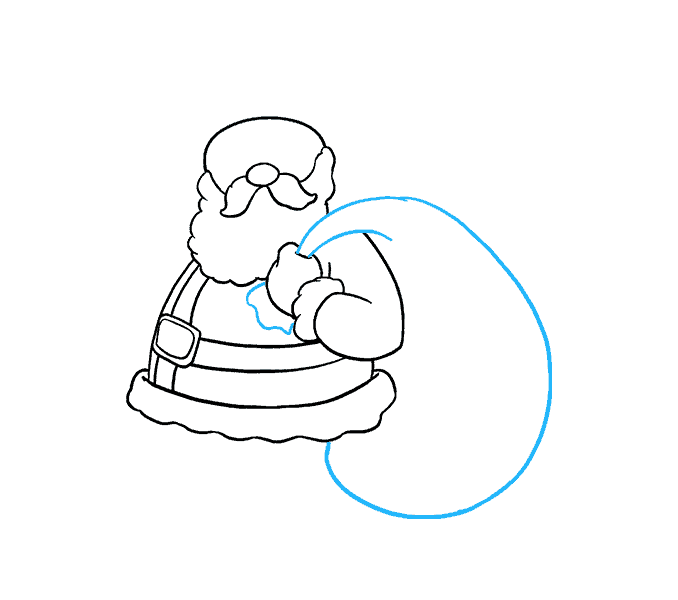 Draw Santa's sack of toys. Draw a wavy line beneath his hand to indicate the opening of the sack. Extend a long, curved line from his hand, looping over his shoulder and ending at the bottom of the figure. Draw a shorter curved line extending from the hand and over the shoulder. Erase guide lines as necessary. 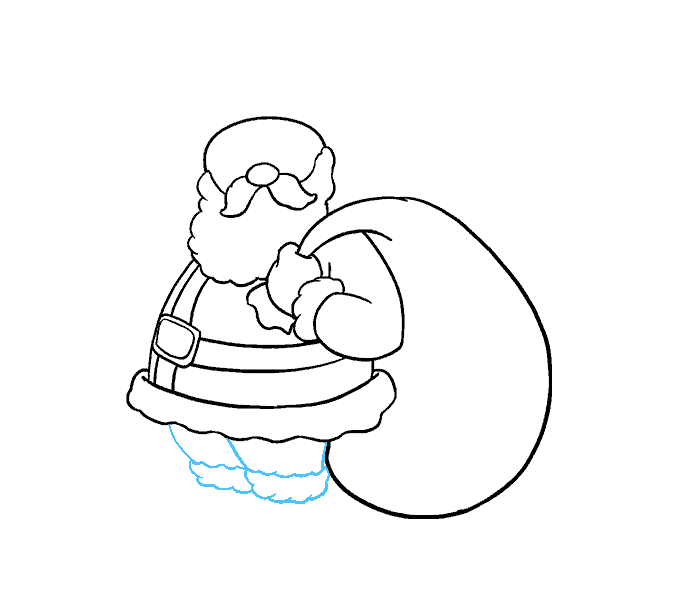 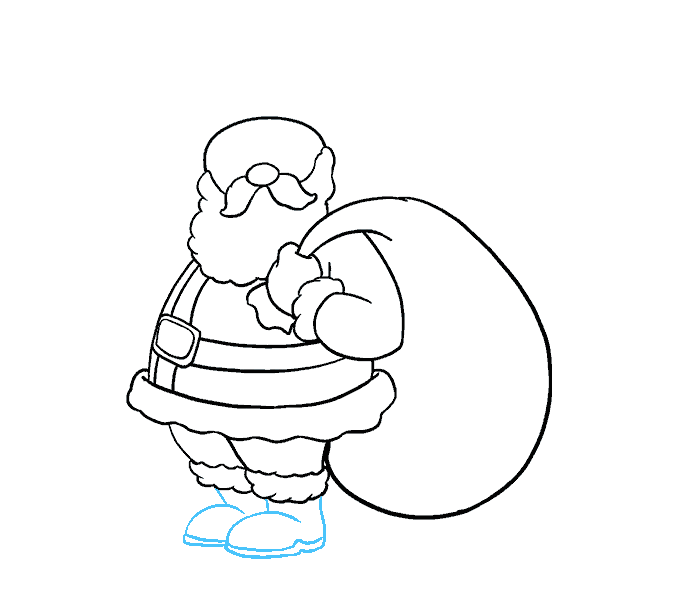 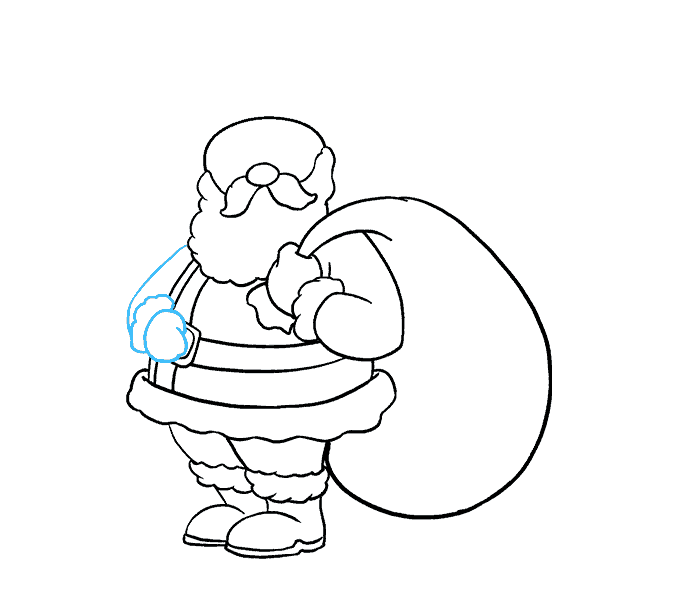 Draw Santa's other arm by extending a long curved line from the shoulder. Enclose an irregular circle to indicate the hand, and use a scalloped line to form the cuff. Erase guide lines as necessary. 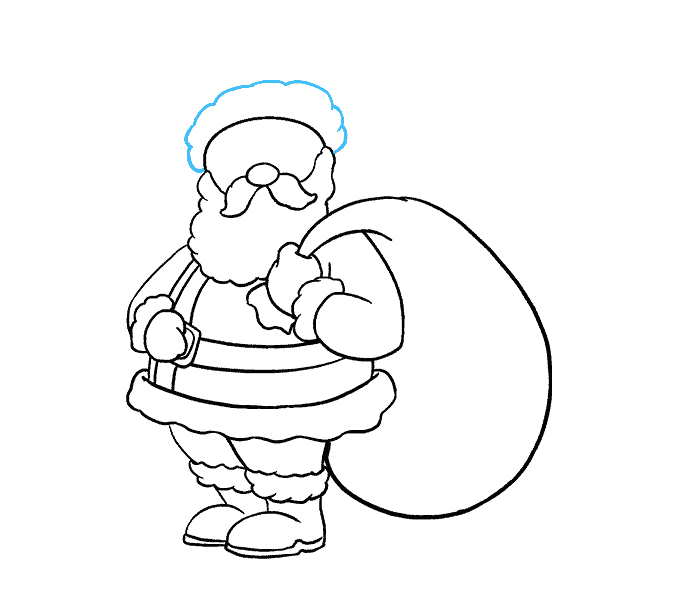 Enclose the bottom of Santa's hat using a scalloped line. 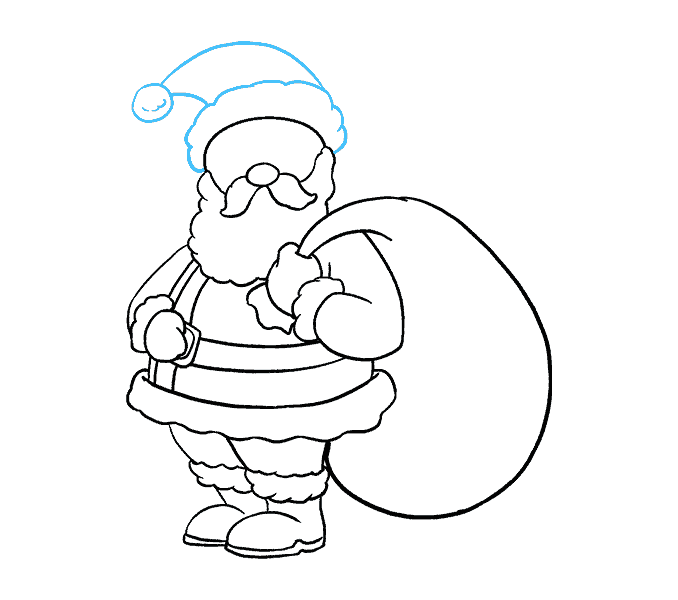 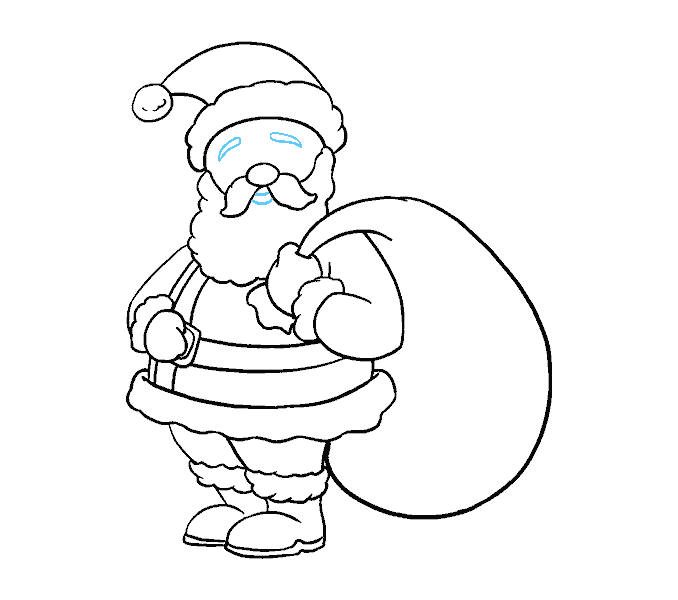 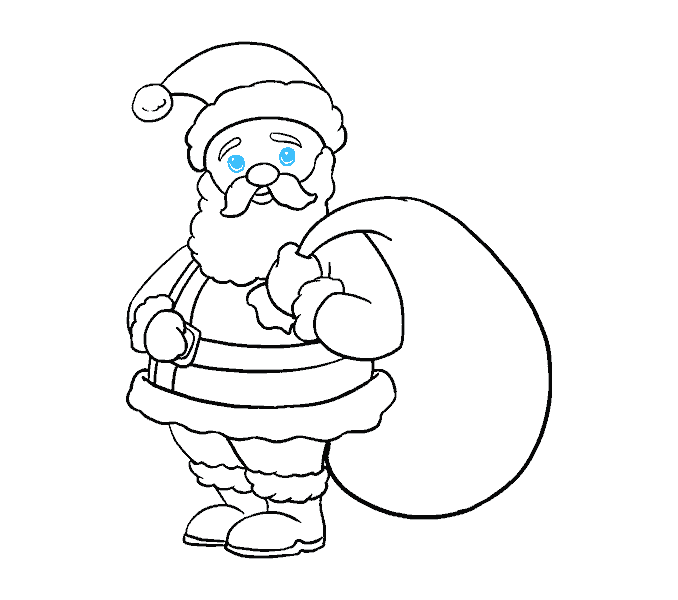 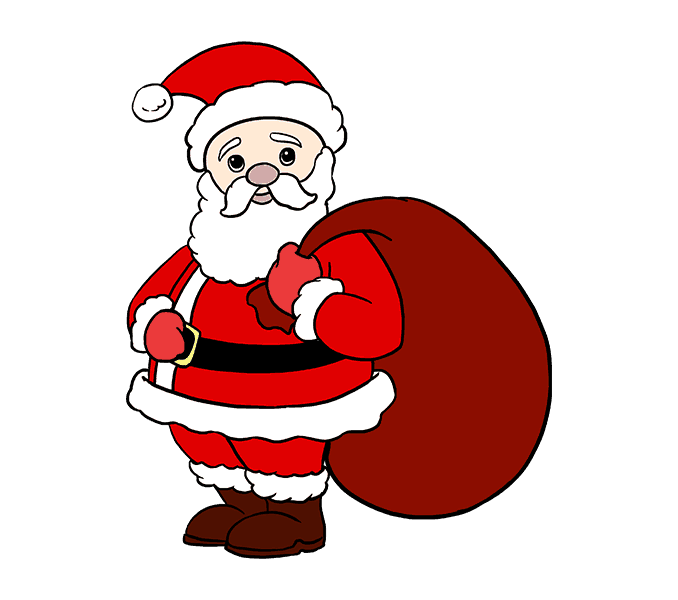