Skip to content
Easy Drawing Guides > clothes, easy, man-made, other > How to Draw a Boots 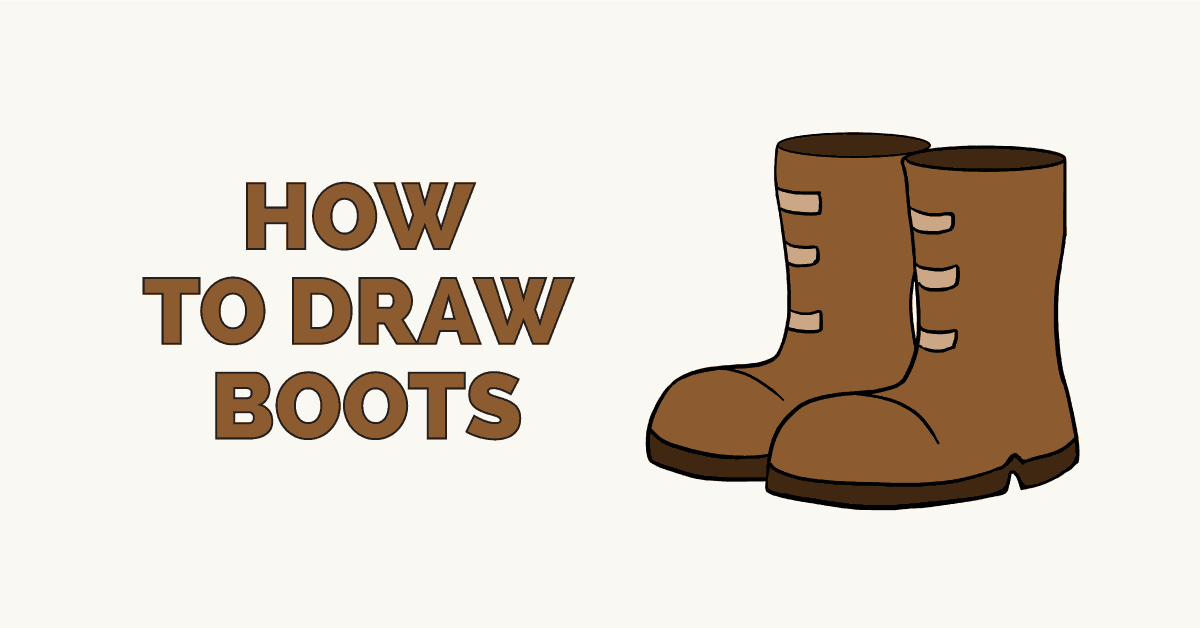 Boots are an ancient form of footwear originally designed to protect the wearer from cold, moisture, or other hazards. The earliest boots consisted of three parts - called soles, uppers, and leggings - that were worn in an overlapping fashion to protect the foot, ankle, and leg. Around 1,000 B.C., the first one-piece boots were invented.

Today, boots come in many styles. Steel toed boots protect construction workers, while other boots are used in such applications as horseback riding, hiking, flight suits, and the military. Cowboy boots have became a well-known symbol of the American west, and these and other styles of boots are considered fashion accessories. Rain boots, or galoshes, are often brightly colored and worn by both children and adults in rainy weather.

Would you like to draw your own pair of sturdy boots? Doing so is now easier than ever with the aid of this simple, step-by-step boot drawing tutorial. All you will need is a piece of paper, a pencil, and a good eraser. If you have crayons, colored pencils, markers, or paints on hand, you can color your drawing when finished.

In each step of this drawing guide, you will find detailed illustrations accompanied by explanatory text. Pay close attention to the light blue lines, as these indicate new lines being added. In some steps, you will need to erase lines previously drawn.

If you liked this tutorial, see also the following drawing guides: Feet, Shoe, and Legs.

1. Begin by drawing a cylinder. To draw the cylinder, start with a set of vertical, parallel lines. Connect the lines with a curved line at both the top and bottom. Then, enclose an oval shape at the top using an additional curved line. You now have a three dimensional cylinder.

3. Using a long, curved line, outline the toe of the shoe. Notice the blunt point formed where the sole and the top of the shoe meet.

4. Erase the guide lines formed by the cylinder.

5. Begin the second boot by drawing another cylinder. Since this boot is partially hidden by the first, you can use one straight, vertical line and two curved lines to enclose the shape.

6. Draw curved lines on each side of the cylinder to detail the outline of the boot.

7. Use a long, curved line to outline the boot's toe.

8. Erase any guide lines to leave a clean outline of your boots.

How to Draw a Graduation Cap

9. Detail your boots with straps. For each strap, enclose a curved rectangle using short, curved lines. Draw a long, curved line parallel to the bottom of the boot, forming the sole. Finally, draw a curved line across the top of the toe.

10. Color your boots. Will they be manly, brown work boots? Or brightly colored rain boots? Be creative, as the choice is yours.

The Complete Boots Drawing Tutorial in One Image

How to draw: Boots - all drawing steps