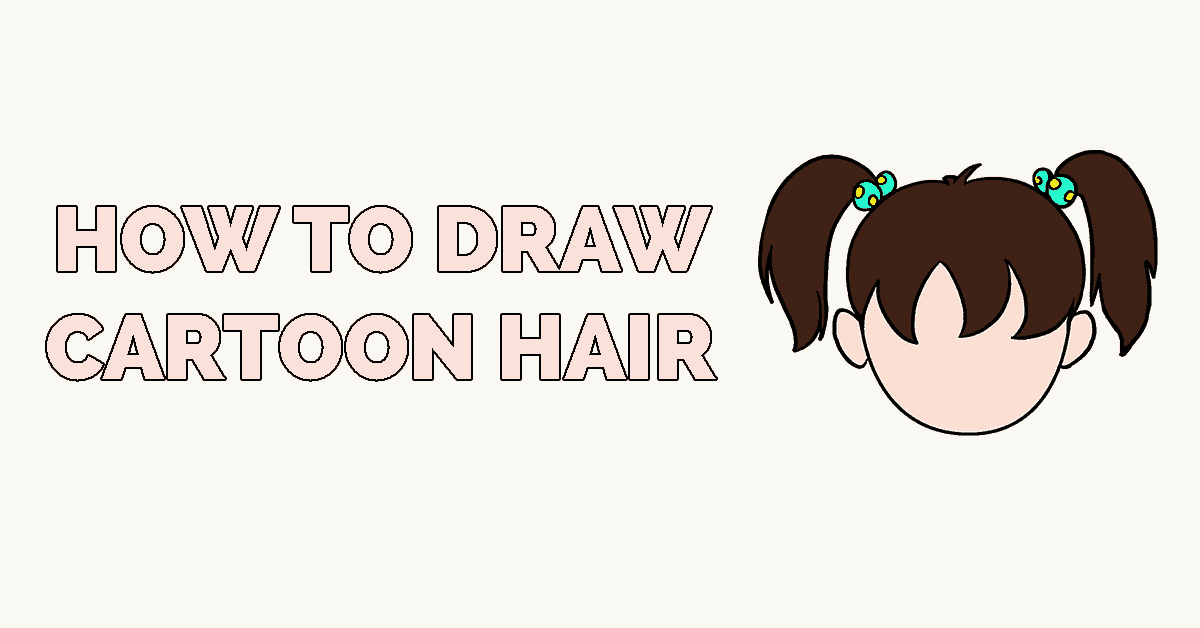 Hair has been important to human culture at least since the time of the ancient Egyptians. Hair styles then came to represent social standing - for example, facial hair in men was a demarcation of royalty.

This was so important to that culture that Hatshepsut, the first female pharaoh, had herself depicted with a beard in temple carvings and paintings. In the Bible, Samson's great strength was dependent on his not trimming his hair. In the Victorian era, it was customary to keep a lock of hair in order to remember a deceased friend or family member.

Indeed, hair is still an important part of our lives. Many people expend great amounts of time and money on styling their hair. Would you like to learn how to draw hair? This simple, step-by-step drawing tutorial explores a classic hairstyle - that of pigtails, or hair tied back on each side of the head.

Did you know? The term pigtail originated in the American colonies in the 1600s. It described a "twist" of chewing tobacco, made from curling several leaves together and then drying them. It was so named due to its resemblance to the curly tail of a pig. Later, it was applied to braids or tied bunches of hair that were worn by both men and women.

All you will need to complete your drawing is a pencil, a sheet of paper, and a good eraser. Each step of this drawing guide includes an illustration as well as explanatory text.

1. Begin by drawing a circle. This will form your cartoon character's head - after all, cartoon hair needs a cartoon head to grow on.

2. Extend a line from one side of the circle to the other, enclosing a rounded shape below the circle. This continues to shape the cartoon character's face.

4. Erase the guide line formed by the bottom of the circle.

5. Outline the hair using a series of connected, curved lines. Notice how the outline of the hair is larger than that of the head. Also note how the locks of hair come together in curved points. Use the horizontal guide line to position the hair, and don't forget the small lock of hair extending from the crown of the head.

6. Draw an even smaller lock at the crown of the head, then draw the hair ties that hold each pigtail. For each hair tie, draw two small circles. Then, decorate the ties with polka dots by drawing even smaller circles within each figure.

7. Erase the horizontal guide line and the guide line formed by the original circle. You now have a clean outline of the head.

8. Draw a pigtail, the hair held apart by the hair tie. Enclose the hair using long and short curved lines that meet in jagged points.

9. Repeat the process of drawing the pigtail on the opposite side, again using long and short curved lines that meet in jagged points.

10. Color your cartoon hair. Common hair colors include black, blonde, brown or red, but many people dye their hair additional colors - for example, purple or blue. Be creative! Why stop there? Visit one of our other drawing tutorials to learn how to add features such as a nose, eyes, and mouth to your drawing.

The Complete Cartoon Hair Drawing Tutorial in One Image

How to draw: Cartoon Hair - all drawing steps