Skip to content
Easy Drawing Guides > easy, other, scary > How to Draw Flames and Smoke 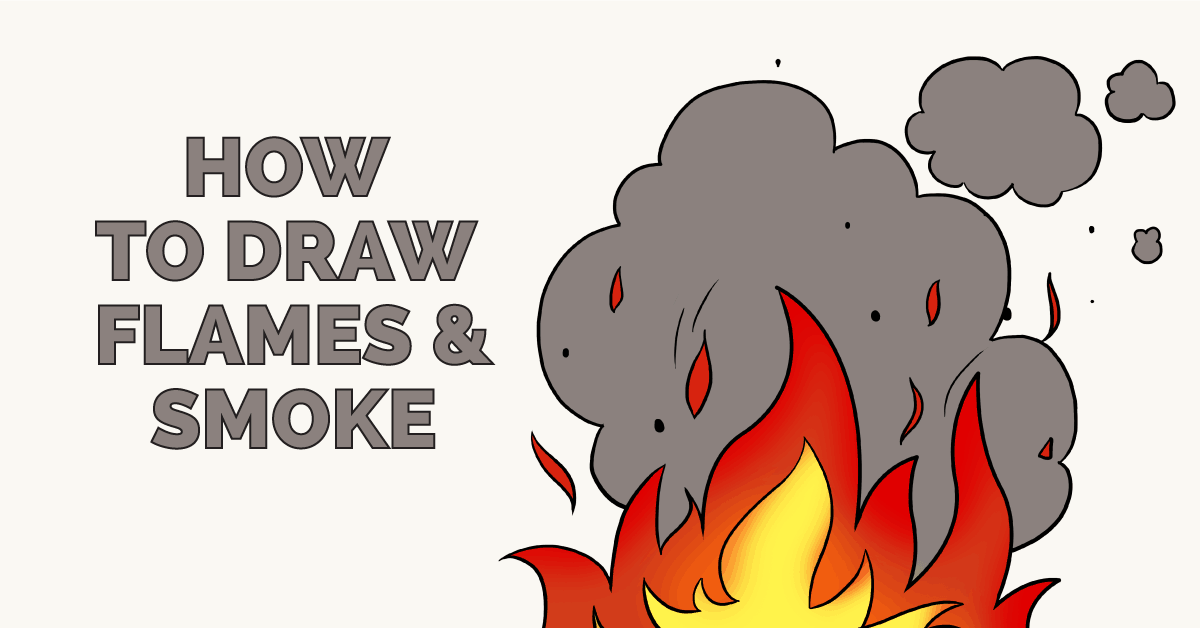 Fire and smoke have been employed by humans for millennia. The ability to start fires and control them allowed people to cook their food, flavoring it and reducing disease from microscopic organisms; to stay warm in cold climates; and to keep dangerous wild animals at bay.

Eventually, people discovered other uses for fire, such as in the manufacture of metal and glass products, or in clearing land for agriculture.

Smoke has also been put to use by humans. For centuries, smoke signals have been used as a means of long distance communication. For example, along China's Great Wall, soldiers used smoke to warn of impending dangers.

In just a few hours, fires could be lit along the wall, carrying the message as much as 470 miles (750 kilometers). Native Americans and the ancient Greeks also used smoke signals to convey messages. Even today, special smoke is used in the Vatican in Rome, Italy to indicate whether a new pope has been elected.

Both flames and smoke are the result of a chemical reaction called rapid oxidation. In this reaction, molecules of oxygen are broken apart, producing heat. The contents of the material being burned play a role in determining how hot the fire is and the color of the flames and smoke.

If the material has water in it, it will produce white smoke, while fuel, paint and other chemicals produce dark smoke.

Would you like to draw this natural phenomenon? Flames and smoke can be useful in drawing volcanoes, campfires, religious ideas, and natural or man-made disasters. All you will need to draw flames and smoke is a pencil, a sheet of paper, a good eraser, and this easy, step-by-step drawing tutorial.

In each step, you will be given a detailed illustration as well as explanatory text. Pay special attention to the light blue lines, as these indicate new lines to be added to your drawing.

If you liked this tutorial, see also the following drawing guides: Campfire, Fireplace, and Monster Truck.

1. Begin by outlining the flames. To do this, draw several sets of curved lines, allowing the lines to meet in a sharp point. Draw one long, curved line that will soon become the center of the flame.

3. Add additional flames to the foreground of your drawing. Use curved lines of different lengths, allowing the lines to meet in sharp points.

4. Continue drawing flames using sets of short, curved lines. Allow each set of lines to meet in a sharp point.

How to Draw a Cobra

How to Draw Jack Skellington from the Nightmare before Christmas

5. Draw bits of flame and ash rising from the fire. For each spark, draw two short, curved lines, enclosing a shape that is pointed on each side.

6. Draw many more sparks, enclosing pointed shapes with curved lines. In addition to these shapes, draw small circles or dots of ash. Also draw short, curved lines above the flames, indicating the heat rising from the fire.

7. Draw a plume of smoke. To do this, enclose an irregular, rounded shape above the fire using a series of connected, curved lines.

8. Draw another, smaller cloud of smoke hovering above the fire. Using a series of connected, curved lines, enclose an irregular rounded shape.

10. Color your fire. Smoke may range from white steam to shades of black and grey. Fires are typically seen as yellow, red, and orange in color.

The Complete Flames and Smoke Drawing Tutorial in One Image

How to draw: Flames and Smoke - all drawing steps