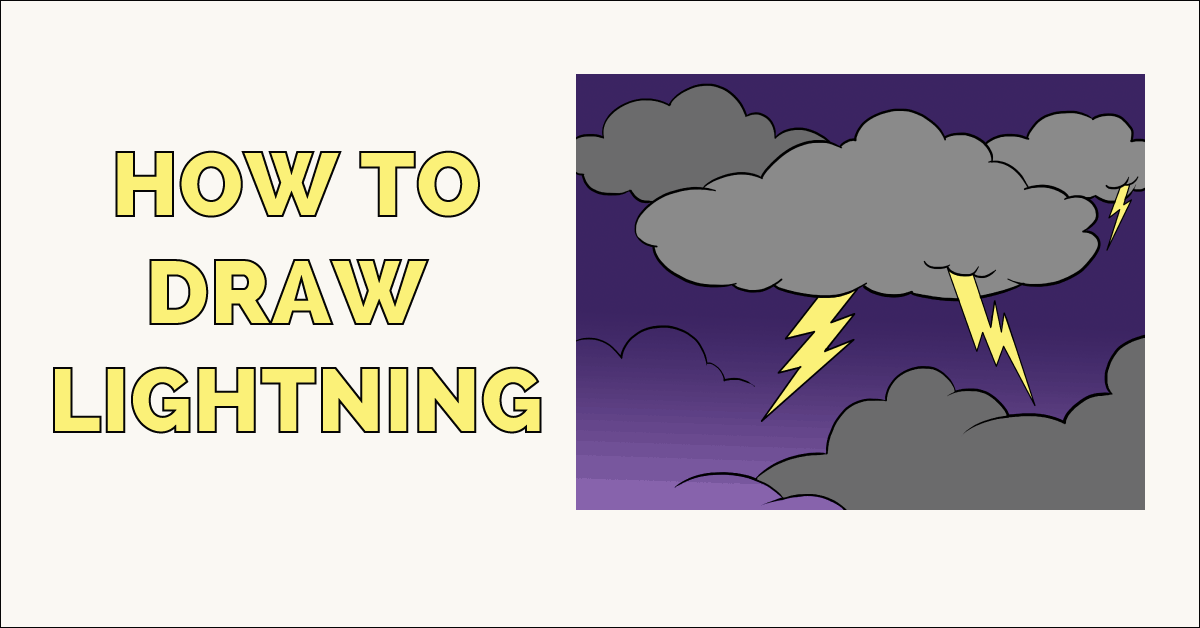 Lightning is essentially a really powerful burst of static electricity. Lightning can discharge within a single cloud, between two clouds, or between a cloud and the ground. Did you know? Lightning is called a strike if it hits something on the ground, and a flash if it stays in the clouds. Lightning that happens in winter is called thundersnow.

Scientists still don't fully understand the mechanics of how lightning works. It is thought that sub-freezing air in the middle of a storm cloud creates large and small ice crystals. The lighter crystals move upwards on the wind while the larger fall downwards. When these bump into one another, it creates an electrical charge.

It is estimated that around 1.4 billion lightning flashes occur on earth each year - that's 40 to 50 lightning bolts per second! A small village in the Democratic Republic of Congo receives more lightning strikes than anywhere else in the world. Other "hot spots" include areas in Venezuela, Singapore, and Florida, U.S.A.

The natural result of lightning is thunder. A lightning bolt super-heats the air it passes through, causing the gasses in the air to expand rapidly. This creates a shock wave which we hear as thunder. Because sound moves through the air at a constant rate, you can count to estimate how far away the lightning is. Each second from the time you see lightning to the moment you hear thunder represents about two tenths of a mile, or one third of a kilometer. Therefore, three seconds approximates one kilometer, and five seconds a mile.

Culturally speaking, lightning has blazed into the human psyche. Certain ancient gods were thought to use lightning bolts as weapons. Today, the lightning bolt is used to represent speed - for example, on the costume of the fictional superhero, the Flash.

Would you like to draw lightning? To do so, follow this easy, step-by-step lightning drawing guide. All you will need is a pencil and a sheet of paper. You may also wish to use crayons, colored pencils, paints, or markers to shade your finished drawing.

If you liked this tutorial, see also the following drawing guides: Clouds, Plane, and Night Sky.

1. Begin by drawing a cloud. Outline the top of the cloud using a series of short, connected, curved lines.

2. Draw a second cloud overlapping the first. Again, use short, connected, curved lines to outline the top of the cloud.

4. Enclose the shape of the central cloud using a series of short, connected, curved lines.

5. Outline the bottom of each of the background clouds using short, connected, curved lines.

6. Draw a lightning bolt descending from the central cloud. To draw the lightning, extend two zigzag lines from the cloud, each consisting of short, straight lines that meet in points. Allow the lines to converge in a sharp point at the tip.

7. Draw additional lightning bolts. First, draw a layer of cloud within the shape of the cloud using short, curved lines. From this area, draw two zigzag lines that meet in a point. Repeat this process on one of the smaller background clouds.

10. Color your stormy sky. Storm clouds are often depicted as being black, grey, brown, or dark blue. It has been observed that during a hailstorm or a tornado, clouds may even turn green or pink. What is your storm cloud raining upon? Check out our other easy drawing guides to get the full picture.

The Complete Lightning Drawing Tutorial in One Image

How to draw: Lightning - all drawing steps 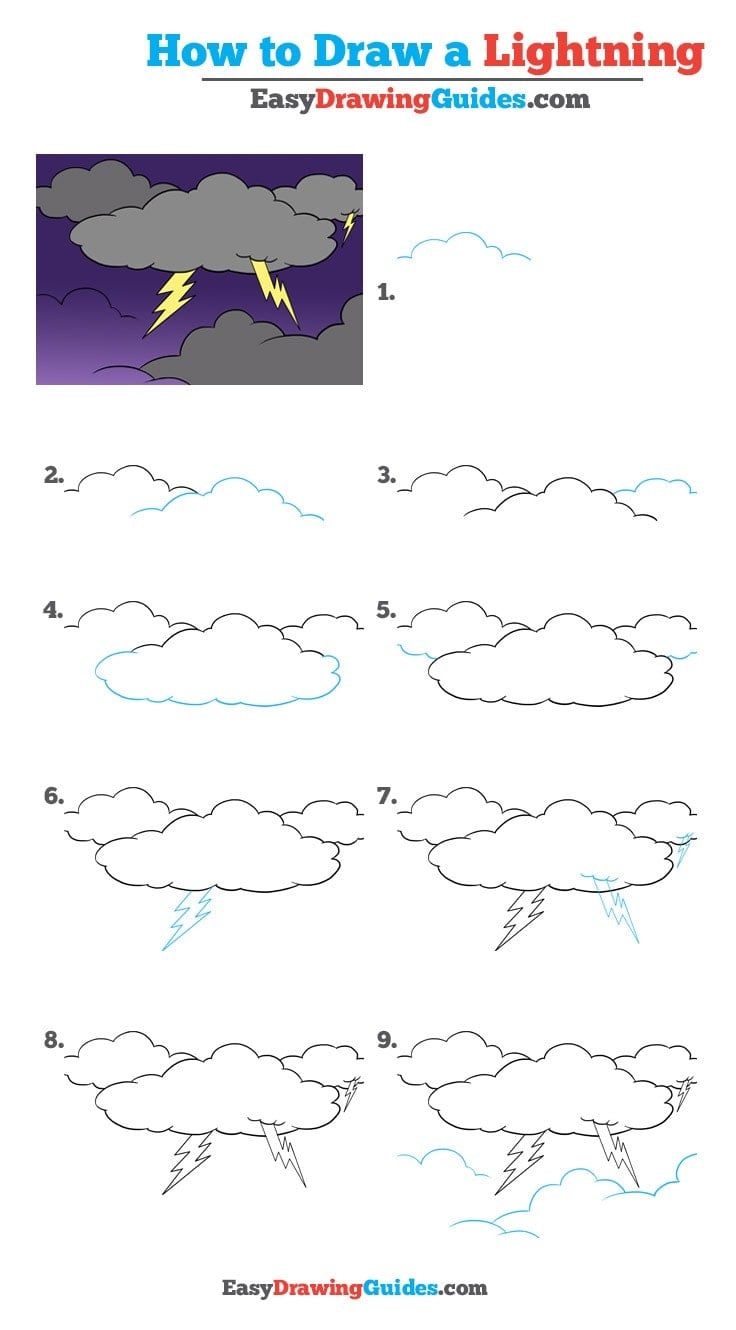