Learn how to draw a great looking Earth with easy, step-by-step drawing instructions, and video tutorial.

By following the simple steps, you too can easily draw a beautiful Earth. 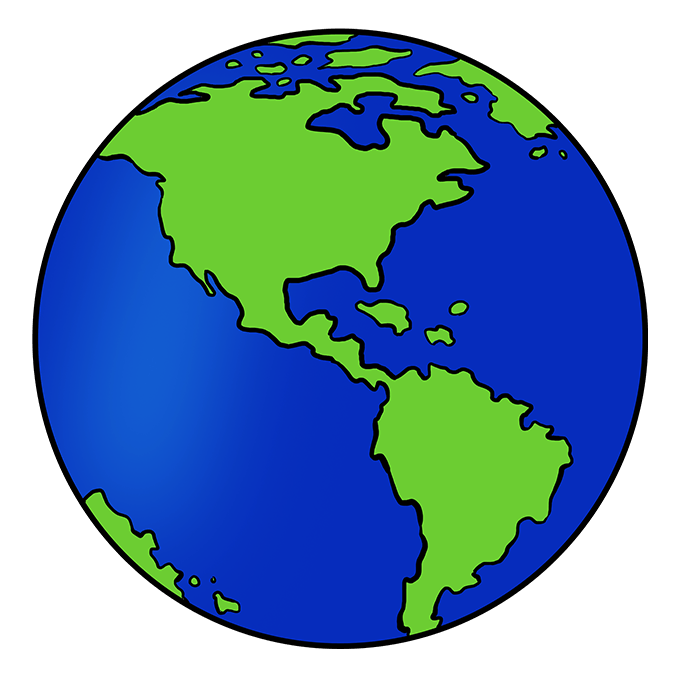 "To see the earth as it truly is, small and blue and beautiful in that eternal silence where it floats, is to see ourselves as riders on the earth together, brothers on that bright loveliness in the eternal cold — brothers who know now they are truly brothers."— Archibald MacLeish, American Poet

The earth - according to astronomer Carl Sagan, it is "a mote of dust suspended in a sunbeam," the only rock in the universe known to support life.

The earth, a small planet orbiting a small star at just the right distance and axial tilt to sustain life, has been host to every human, animal, and plant that has ever lived.

The planet hosts the correct amounts of water, atmospheric composition, natural cycles, and magnetic shielding for such life to exist.

Edgar Mitchell, an astronaut for the Apollo space program, described it this way:

"A sparkling blue and white jewel, a light, delicate sky-blue sphere laced with slowly swirling veils of white, rising gradually like a small pearl in a thick sea of black mystery."

The popular television series Star Trek opened with the words, "Space, the final frontier." Yet, unexplored frontiers remain on earth as well.

More than 70 percent of the surface of the earth is covered by oceans, the depths of which have not been explored.

Scientists estimate that at the current rate of discovery, it will take over 1,000 years to catalog all of earth's species.

Would you like to draw this space faring jewel? This simple, step-by-step drawing tutorial makes doing so easy.

All you will need is a pencil, pen, or marker, and a sheet of paper. You may also wish to use crayons, paints, or colored pencils to shade the finished planet.

If you liked this tutorial, see also the following drawing guides: Star, Dessert, and Sun. 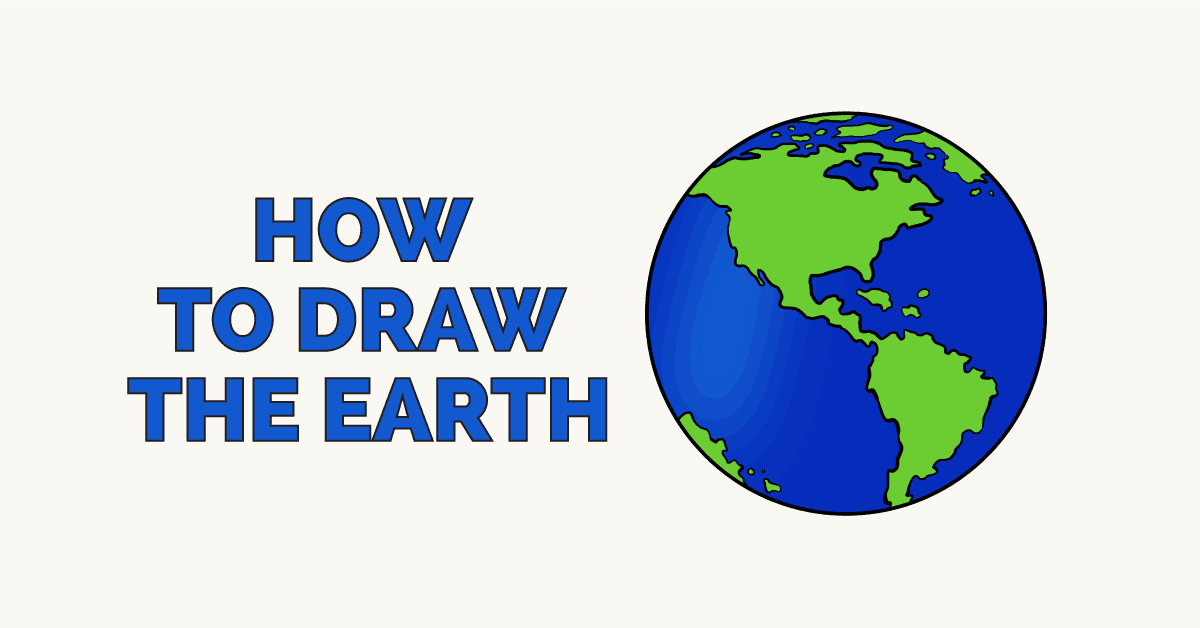 How to Draw a Great Looking Earth for Kids, Beginners, and Adults - Step 1 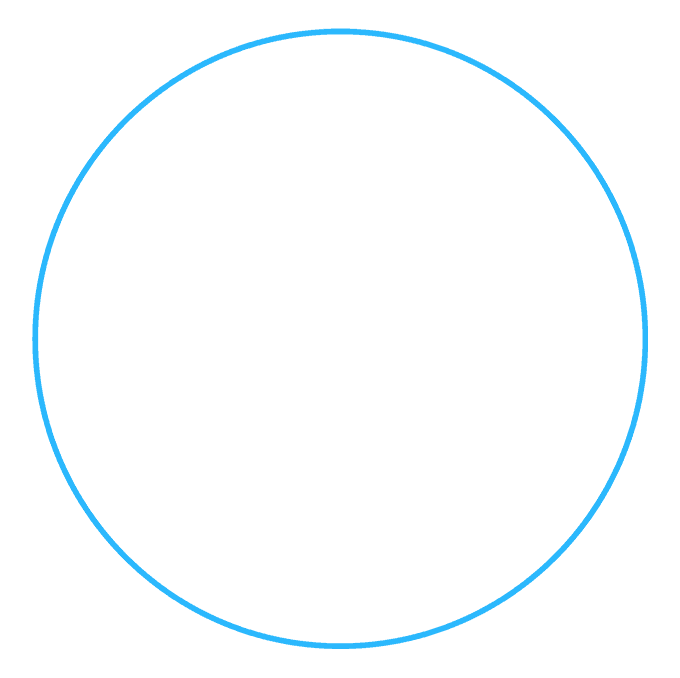 1. Draw a circle to outline the shape of the earth globe. 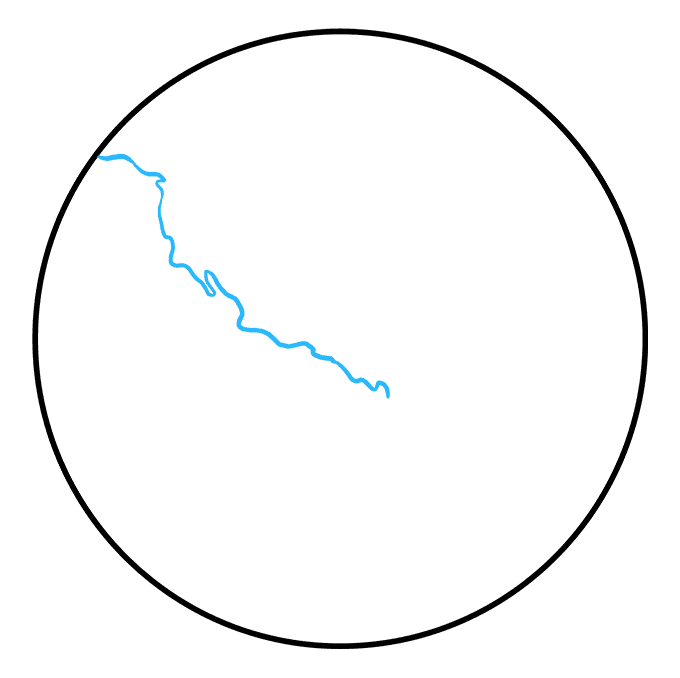 2. Draw a jagged, diagonal line across the circle. This will form the Pacific Ocean side of the North American continent. If you wish to make your drawing geographically accurate, pay attention to the shape of the line in our example drawing. For example, do you see how Baja, California, where the United States joins Mexico, doubles back on itself? 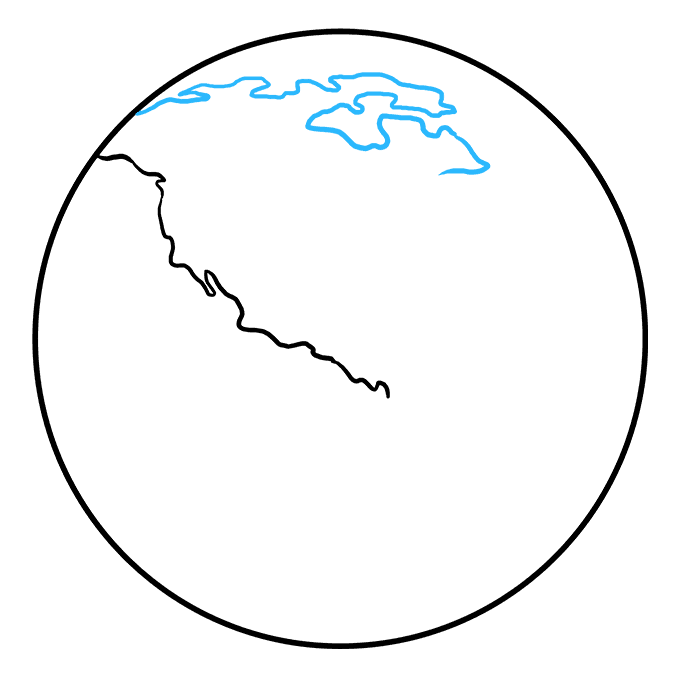 3. Draw a convoluted, curved, jagged line across the top of the globe. This is the northern side of the North American continent, which includes Alaska and Canada. 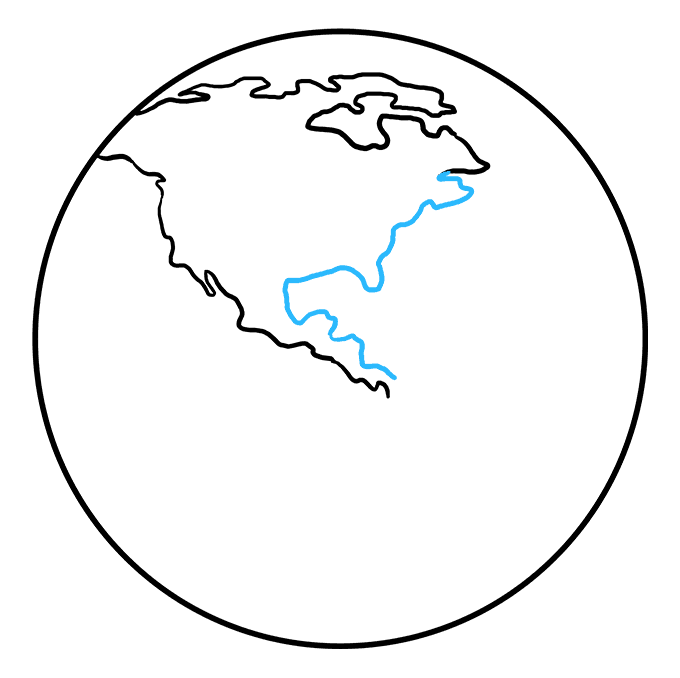 4. Finish enclosing North America using another jagged line. Note how the Florida panhandle juts out from the mainland, and how the Gulf of Mexico folds inward. 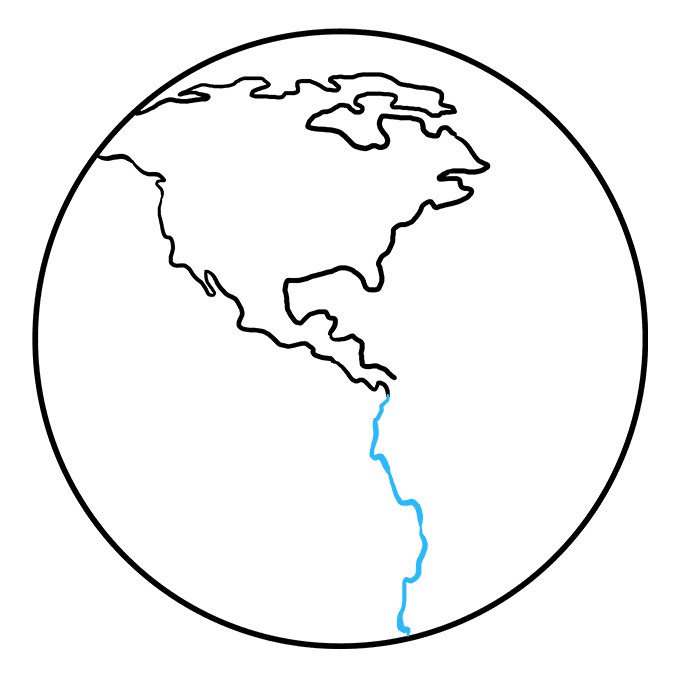 5. Outline the western edge of South America using a jagged line. This includes countries such as Ecuador, Peru, and Argentina. 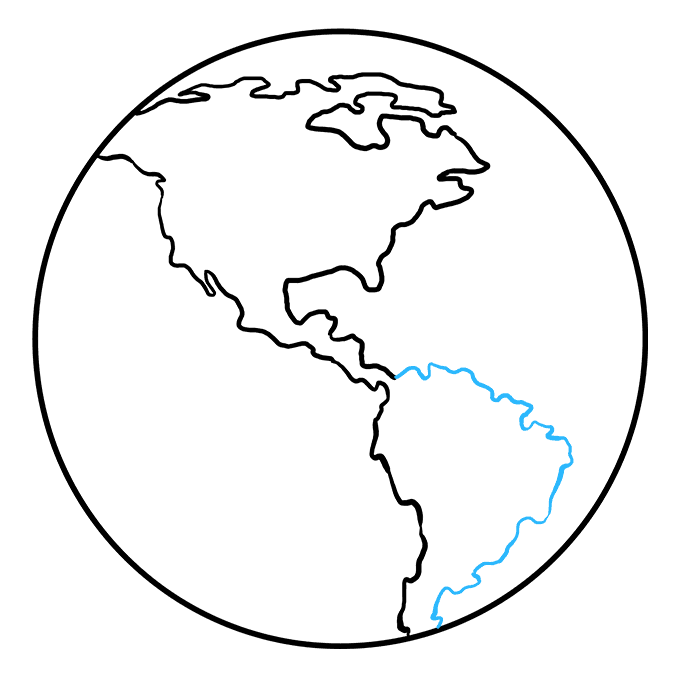 7. Enclose a few irregular shapes at the top of the globe. These landmasses represent Greenland, the eastern coast of Europe, and the northern reaches of Russia. 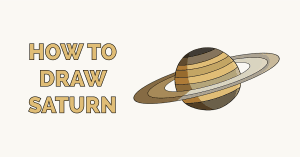 How to Draw a Cute Star 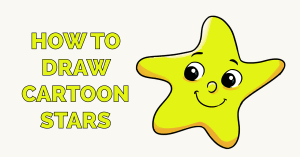 8. Enclose islands, irregular shapes, north of Canada and in the Caribbean region, between North and South America. These latter islands include Cuba, Puerto Rico, the Dominican Republic, and Haiti.

Complete the Outline of Your Earth Drawing - Step 9 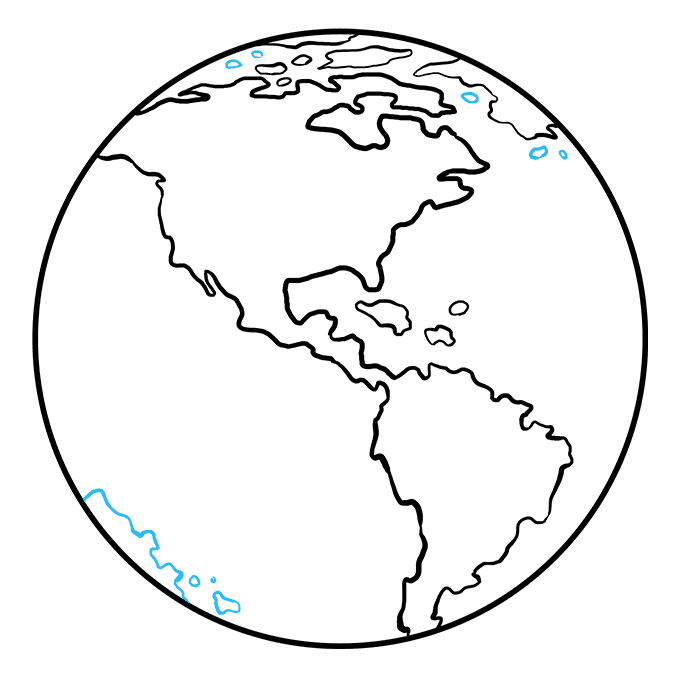 9. Enclose additional small shapes north of Canada, near Europe, and at the bottom left of the globe. The latter represents Australia and Tasmania.

10. Color your globe. As seen from space, the earth globe's oceans are blue and its landmasses are green and brown. White polar ice caps might be seen at its top and bottom, and our planet is often swaddled in bands of white clouds.

Are you drawing a solar system? Don't forget to include other celestial bodies, such as distant stars and our own sun. 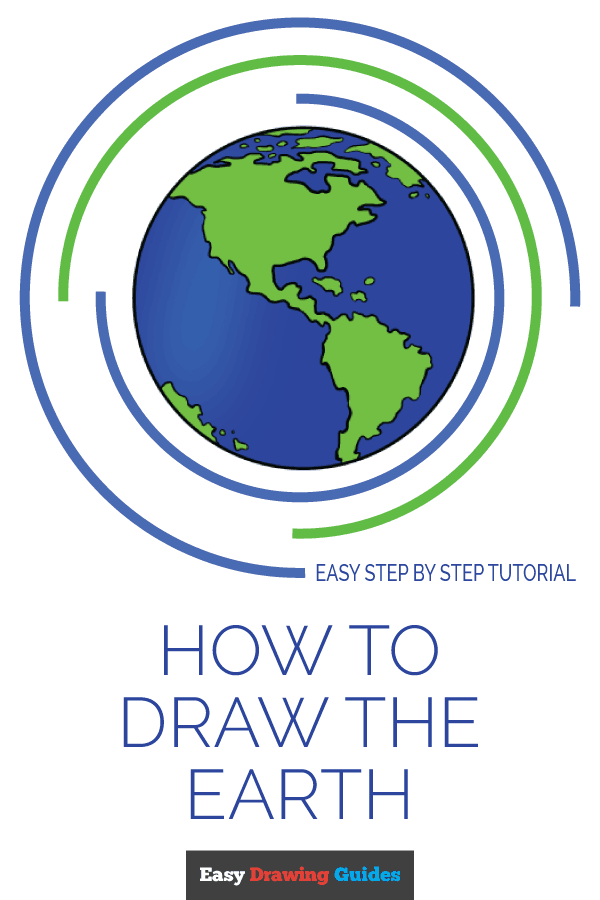 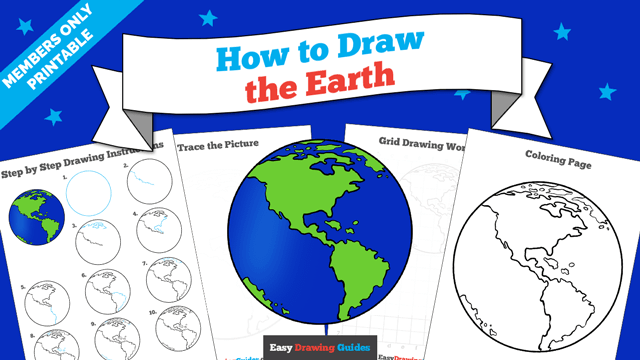