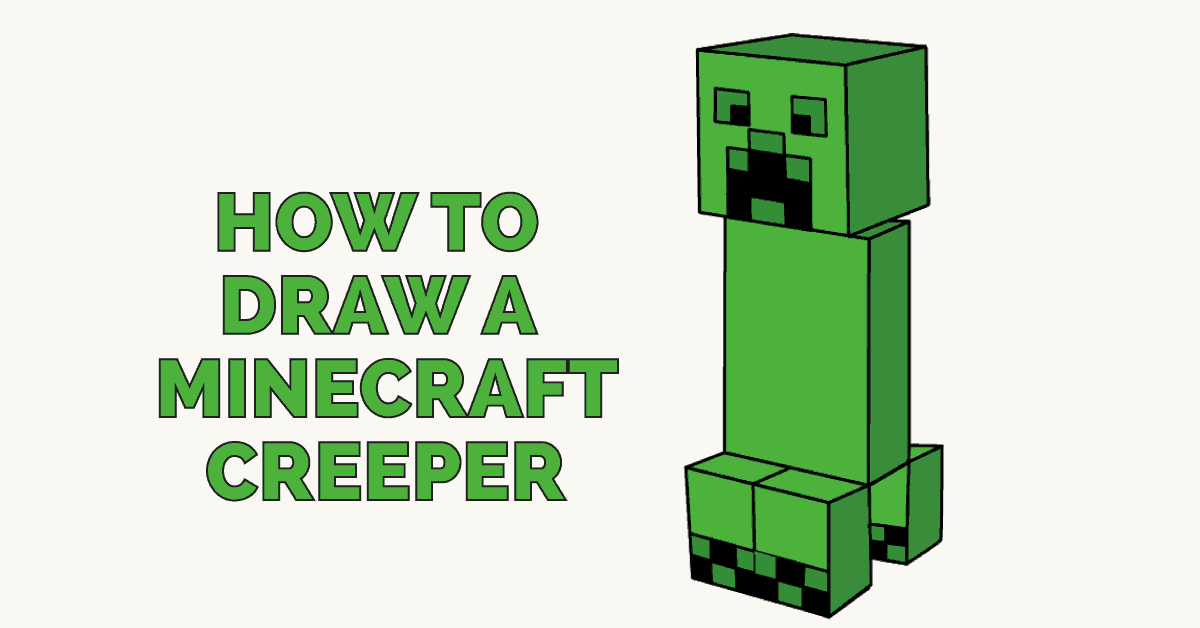 The creative video game Minecraft was released in 2011, and it has since become the second most popular video game of all time, selling over 100 million copies. The game allows players to explore and manipulate an endless world of textured blocks that represent various materials and objects.

Creepers are creatures unique to the imaginary world of Minecraft. During the game's survival mode, Creepers may appear. They are known to sneak up on players and explode. If the player's health bar becomes completely depleted, gameplay ends.

Would you like to draw your own Minecraft Creeper? Now you can, by following this easy, step-by-step drawing tutorial. All you will need is a piece of paper and a writing implement, such as a pen, pencil, or marker. You may also want to have some crayons, colored pencils, or markers handy to color your finished Creeper.

Each step of this simple drawing guide is accompanied by an illustration. Notice that in each picture, new lines added to the drawing are highlighted in blue. You may want to sketch your lines lightly at first, as you will be erasing some of the early lines as you complete your drawing.

If you liked this tutorial, see also the following drawing guides: Jack Skellington, Bob the Minion, and Spongebob. 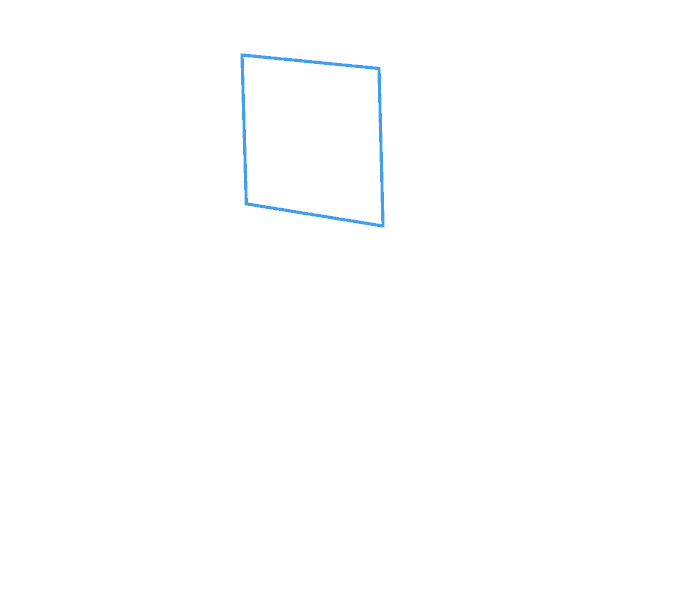 Begin by drawing a rhombus, or slanted square. This will form the Creeper's head. 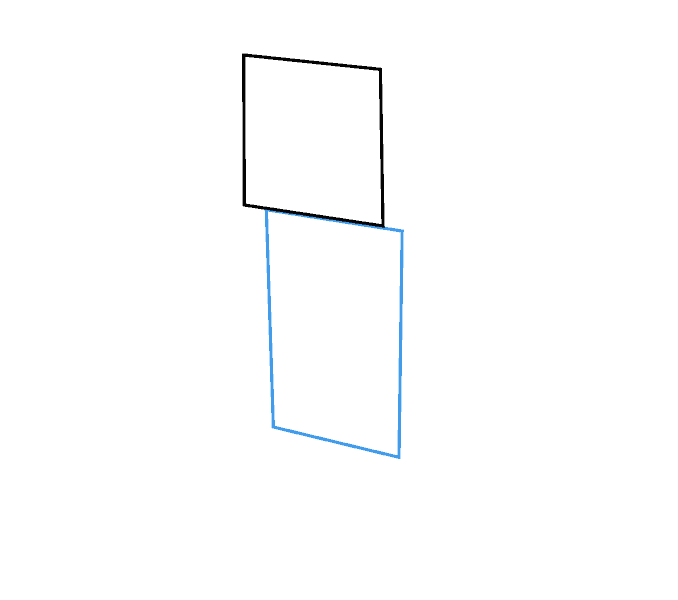 Draw a rectangle beneath the square. This will form the body. 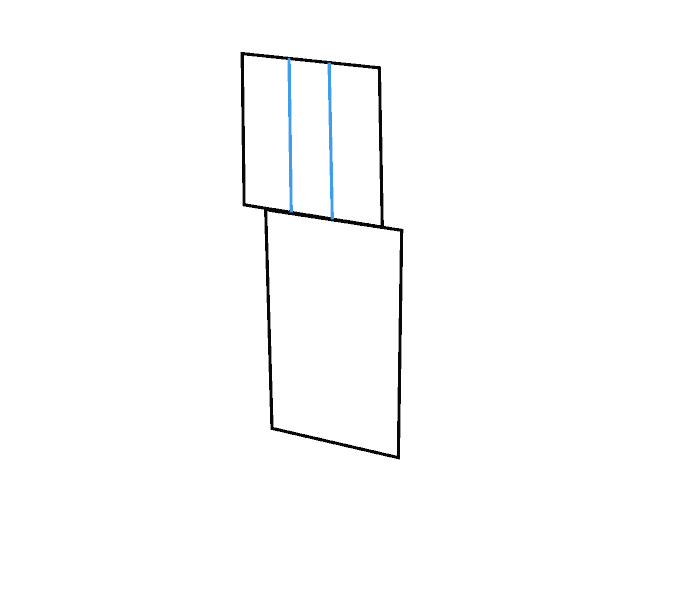 Draw two vertical lines through the center of the square. 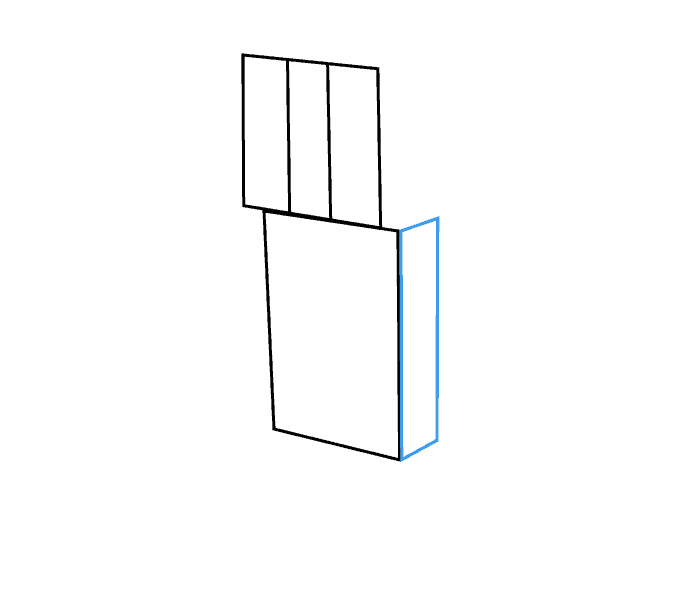 Draw a narrow rectangle to the right of the large rectangle.

How to Draw Bendy 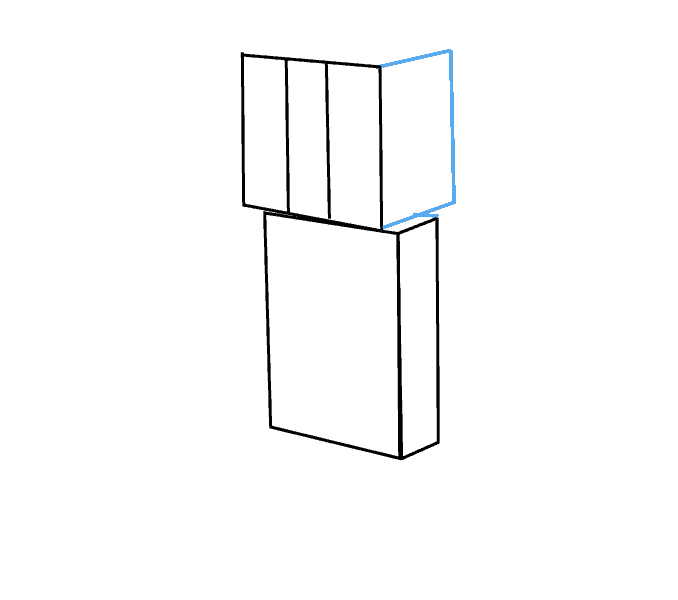 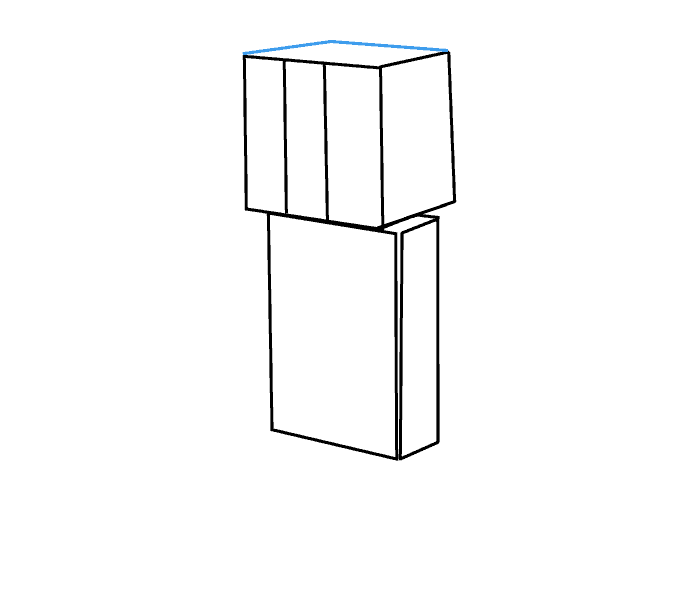 Connect the upper right corner of the newest rectangle to the upper left corner of the original square using two straight lines. The lines should meet in a point. Notice how your shapes now appear to be three dimensional; your square is now a cube. 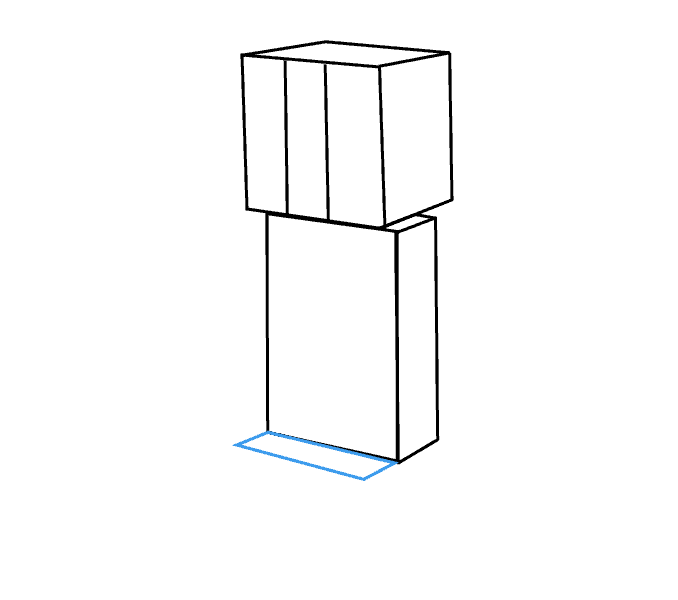 Draw a narrow rectangle at the base of the body. 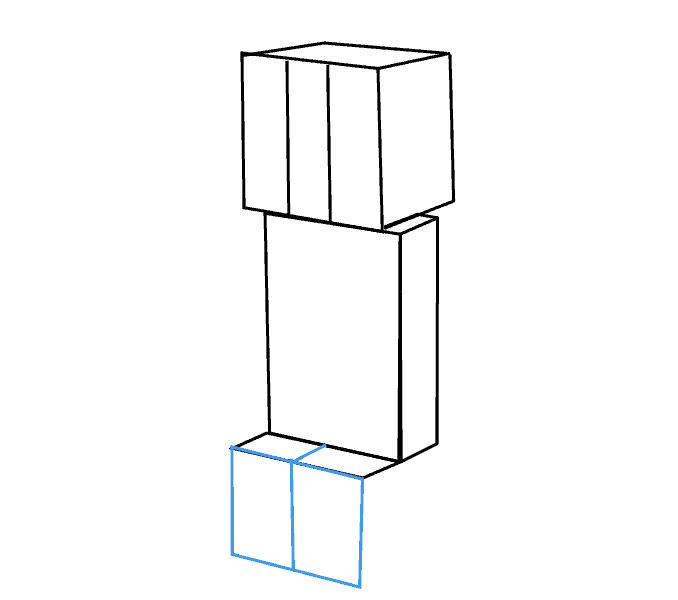 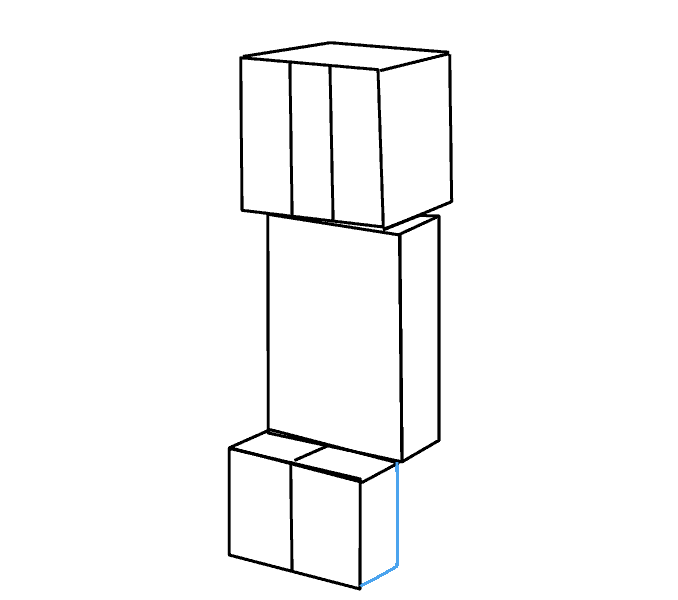 Extend a line down from the far right corner of the narrow rectangle. Connect it to the other rectangle using a short, straight line. Notice the 3-D effect created once again. 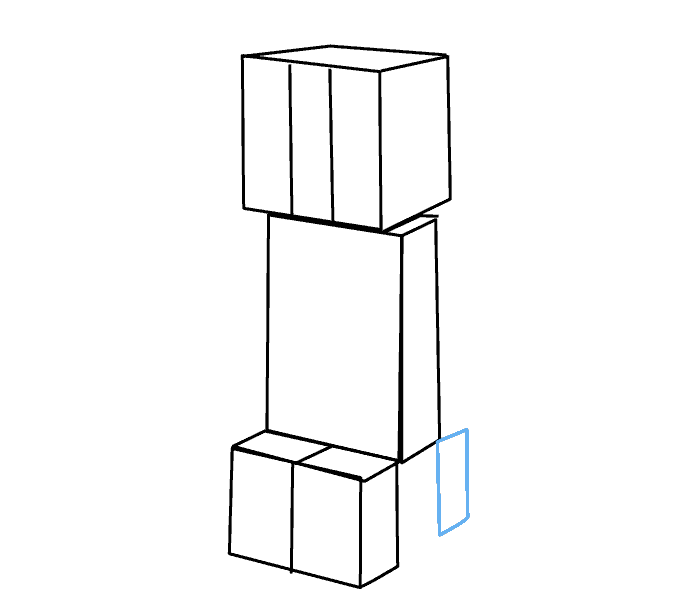 Draw a small rectangle below the Creeper's body. 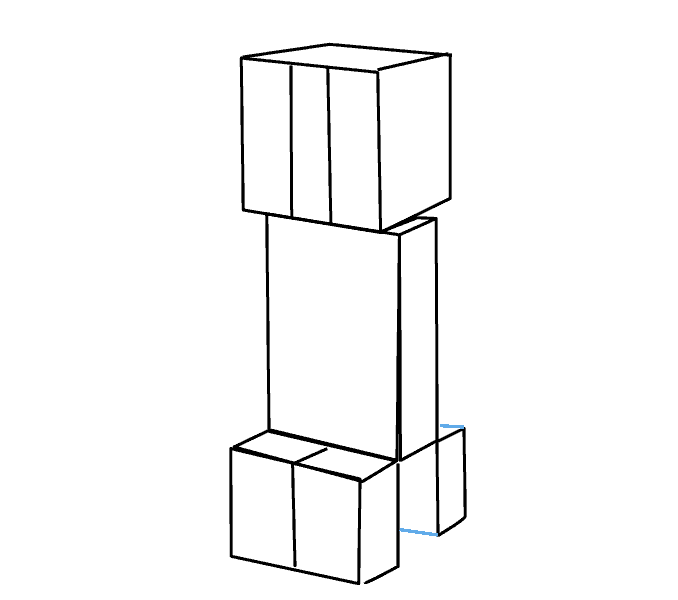 Connect this rectangle to the body by drawing a short, straight line from the top right corner. Draw another line from the bottom left corner to the legs. 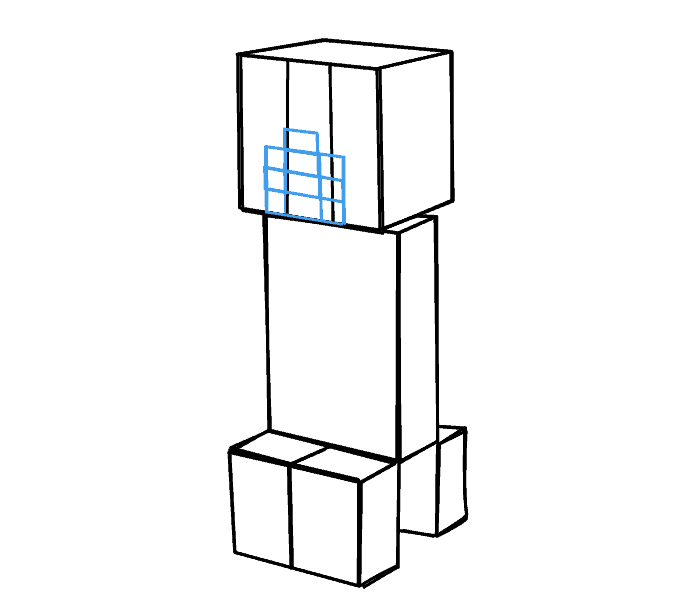 Draw a rectangle at the bottom of the face, intersecting the vertical lines. Draw two horizontal lines through the rectangle. Then, draw a narrow vertical rectangle extending through and above this rectangle. 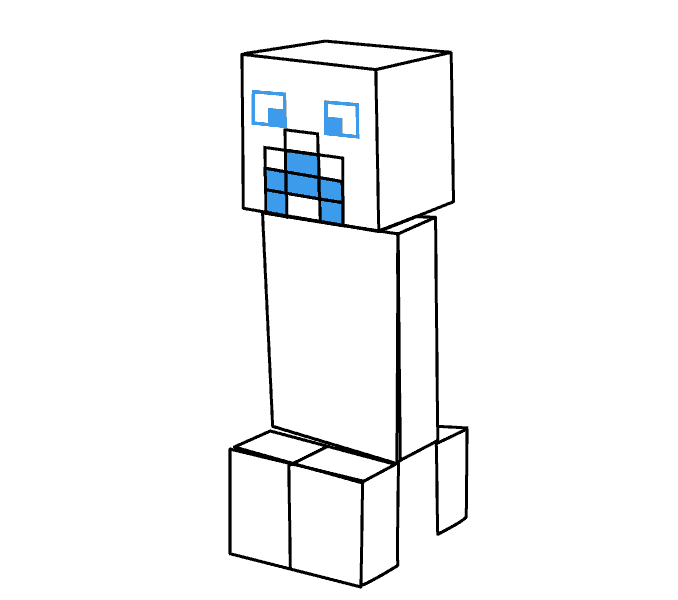 Erase the vertical guide lines from the face. Shade six of the squares on the face to create a mouth. Draw two squares above the mouth, and draw a smaller square inside of each. Shade the smaller square. 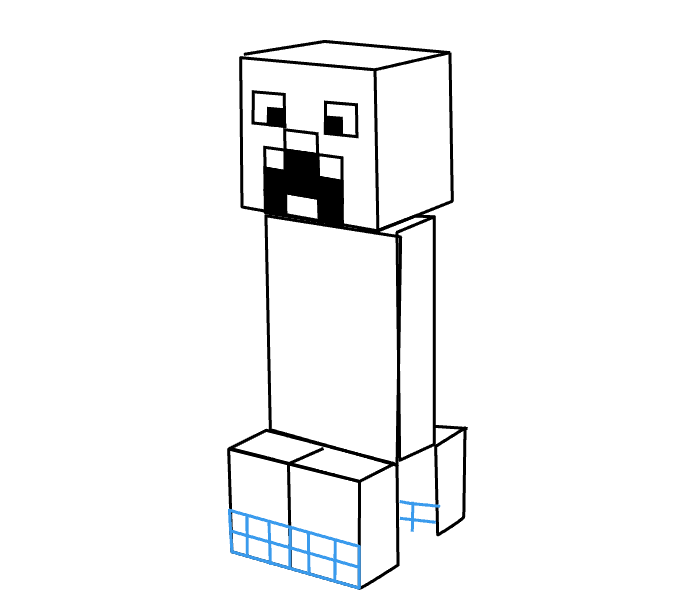 Draw a rectangle at the bottom of the front feet. Then, draw a horizontal line through the rectangle. Cross the rectangle with five short, vertical lines to form a grid pattern. Do the same on the front of the back feet using a square and two perpendicular lines; only four grid sections will show. 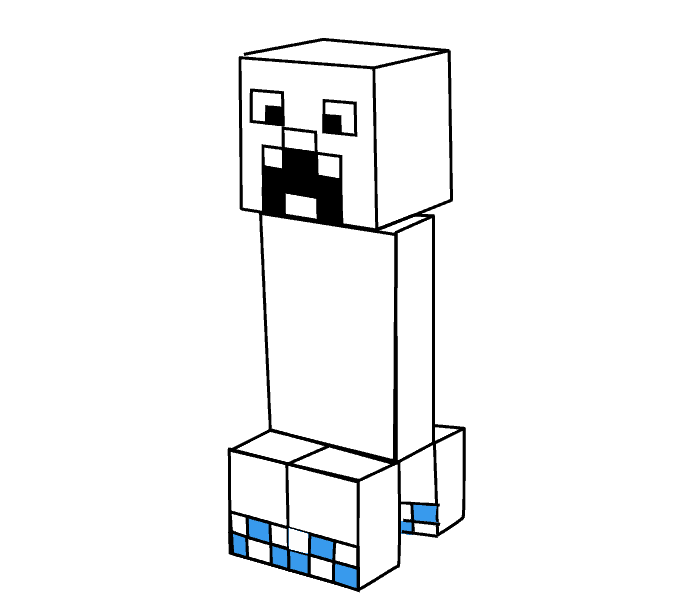 Shade three grid sections on each foot in a checkerboard pattern. 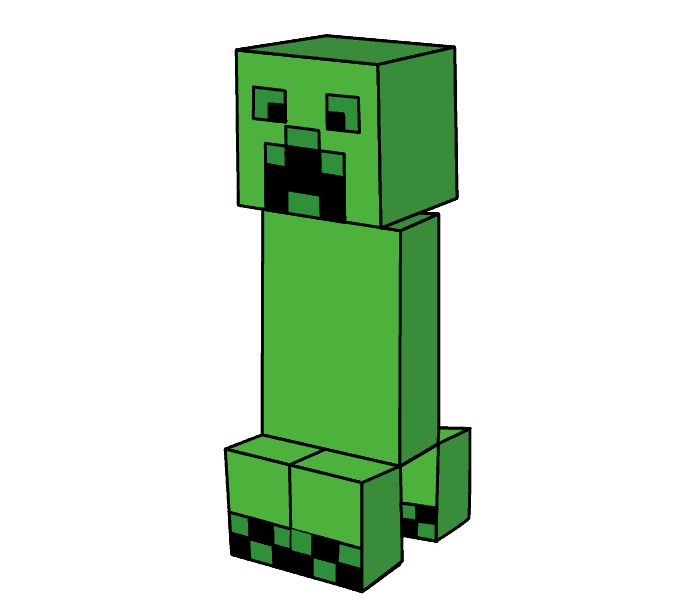 Color the Minecraft Creeper. In order to color him as he appears on the game, shade his body green and use a darker green for the details of his eyes, mouth, and feet.