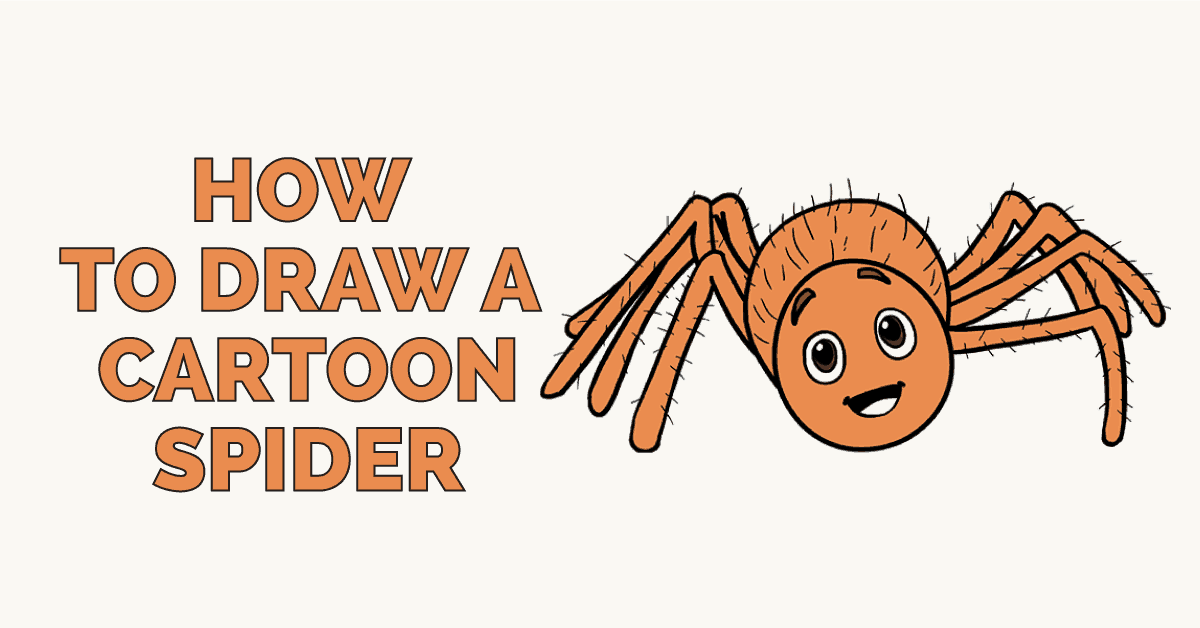 Some researchers have said that no matter where you are on planet earth, you are never more than three feet away from a spider. These prolific arthropods live in buildings, in the forest, in the desert - some even hunt under water.

Spiders are distinguished from other invertebrates by several unique characteristics. Their bodies have two segments, the head and abdomen. All spiders have eight legs and digest their food using poison injected by their fangs. Most spiders are harmless to humans, but a few can cause injury or even death.

Spiders come in a wide range of colors. A variety of orb weaver spiders called writing spiders have yellow and black zebra stripes on their back. Lynx spiders are bright green, and Hawaiian happy face spiders are yellow with black, red, and white spots that make them look like living emoticons. Other spiders are brown, black, white, yellow, red, or a combination of colors.

If you would like to draw your very own cartoon spider, all you will need is a pencil, a piece of paper, and this easy, step-by-step drawing tutorial.

Step-by-Step Instructions for Drawing a Spider 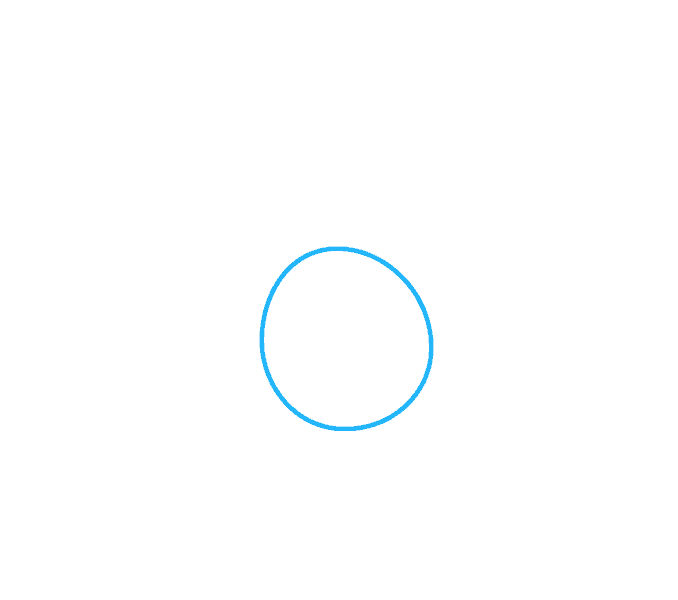 Begin by drawing an oval to form the spider's head. 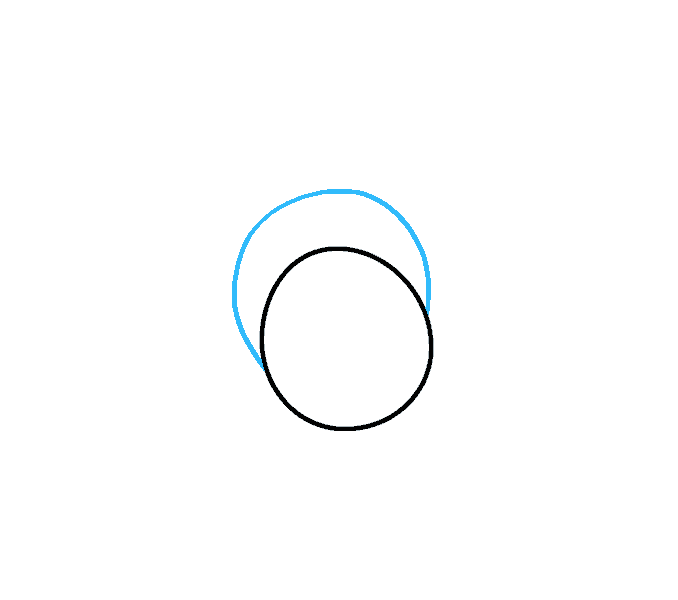 Draw a curved line above the oval, from one side to the other. This circular shape behind the oval will form the spider's body. 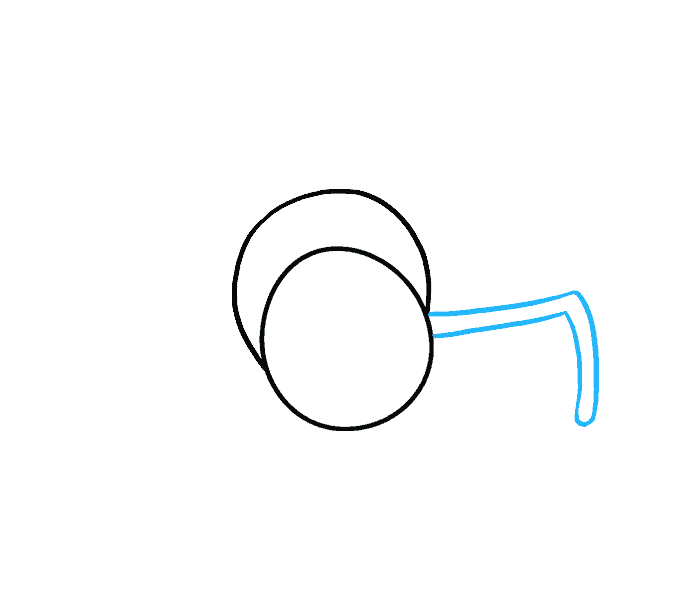 Draw a set of long, parallel, curved lines extending from the point where the head and the body meet. Then, extend another set of parallel lines downward from the ends of the first lines. Connect the lines using a short, curved line. This forms the first leg. 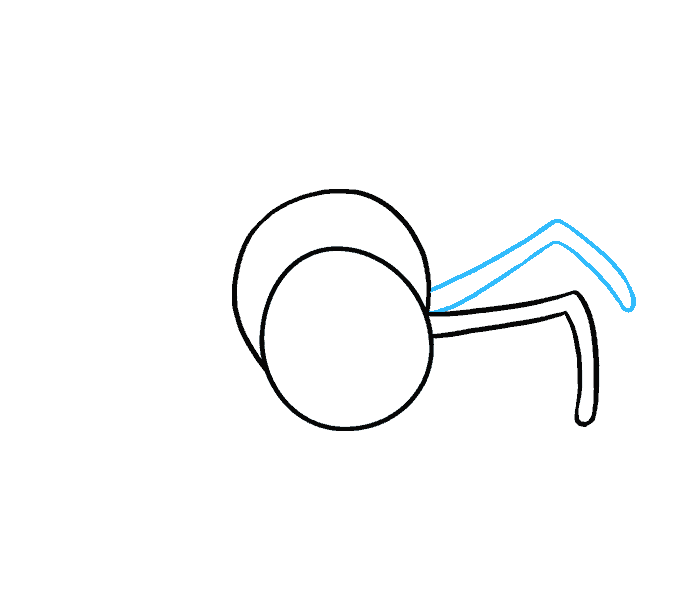 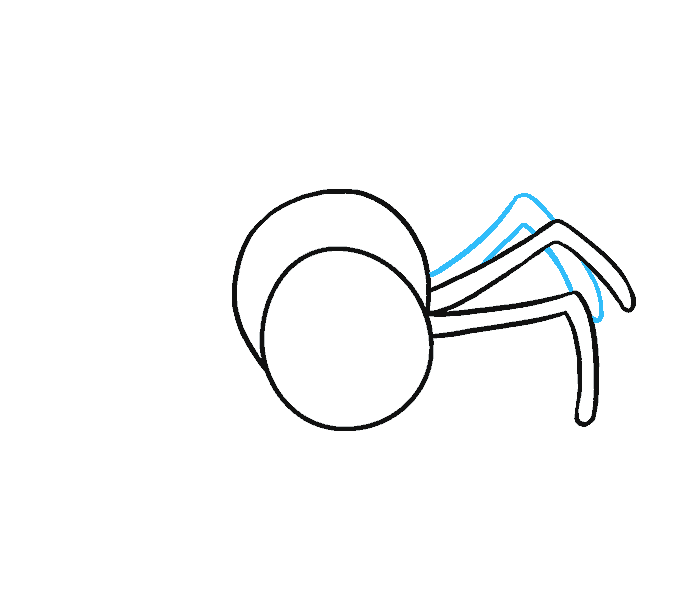 Draw a third leg in a similar manner to the first two. This leg will pass behind the previous two legs. 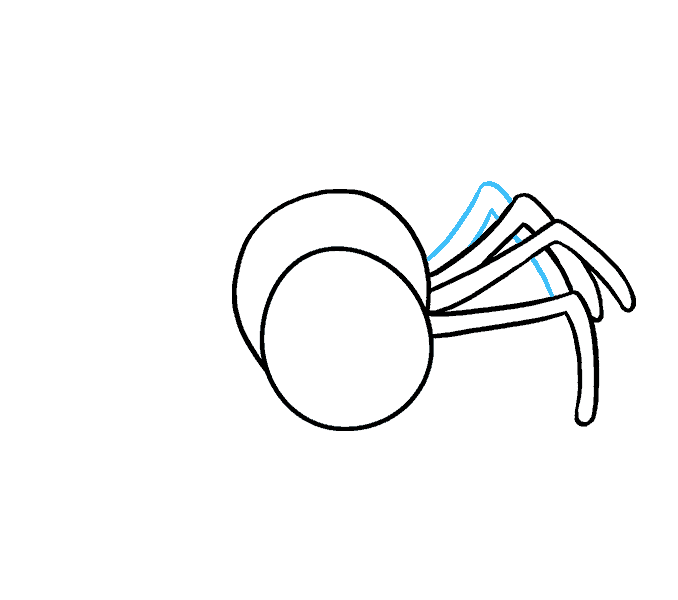 Draw a fourth leg, again using the pattern of parallel lines. This leg will pass behind the previous legs. 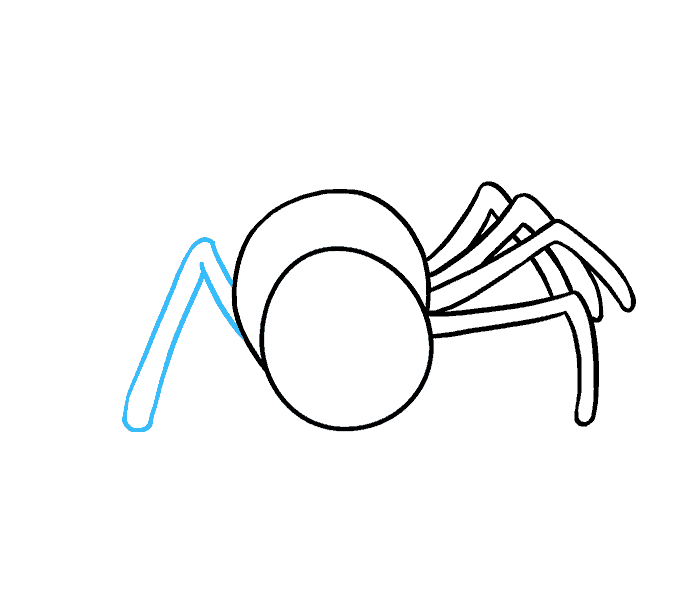 Begin drawing legs on the opposite side. From the body, draw two sets of parallel lines, connected at an angle. Finish the leg by connecting the ends of the lines with a short, curved line. 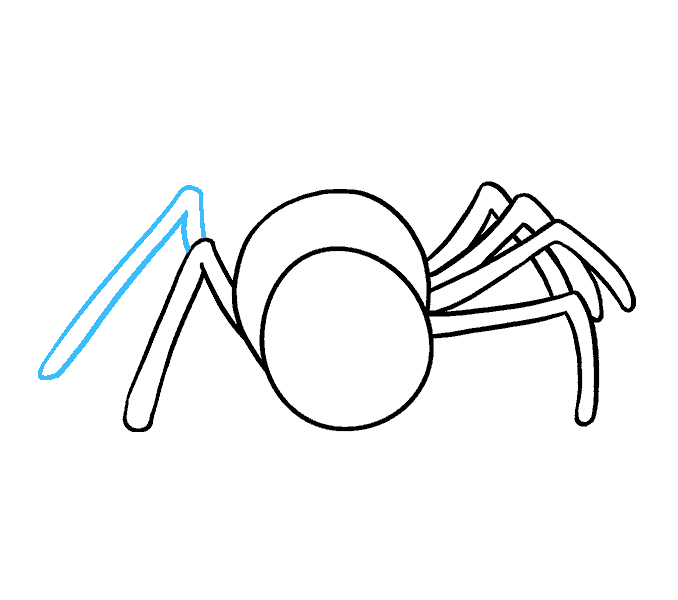 Draw a second leg extending from the bend of the first, using parallel lines. 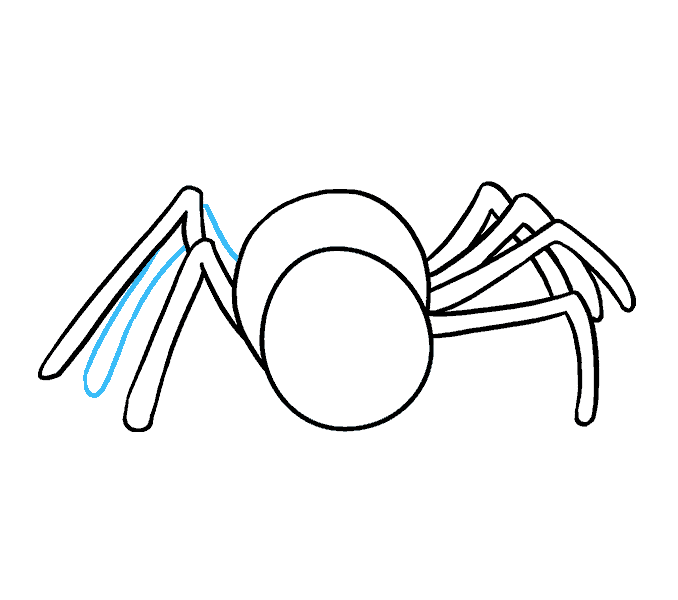 Draw a third leg passing behind the first two legs. 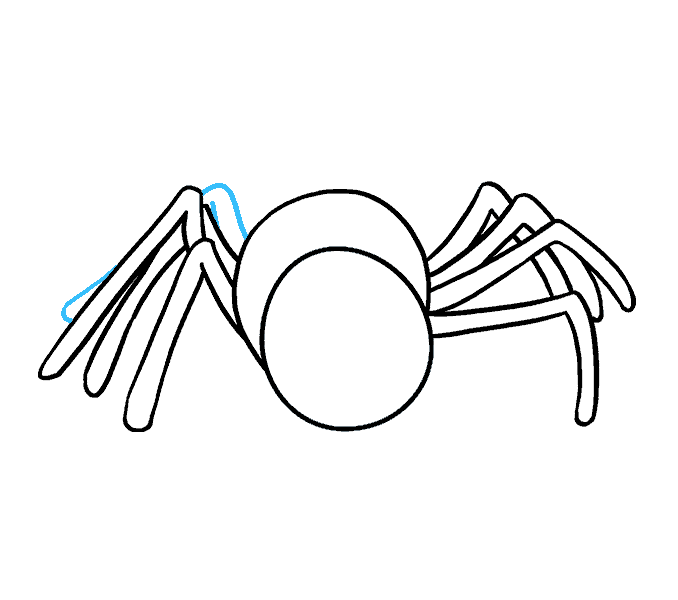 Draw a fourth leg passing behind the previous legs. Your spider now has eight legs. This is how you know it is a spider - all spiders have eight legs, while insects have only six. 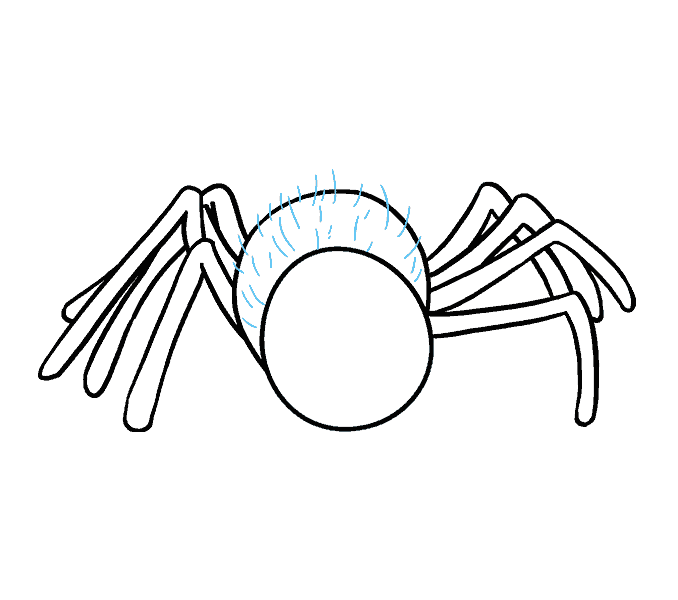 Many spiders are hairy. Draw hairs on the body of the spider using short, curved lines of various lengths. 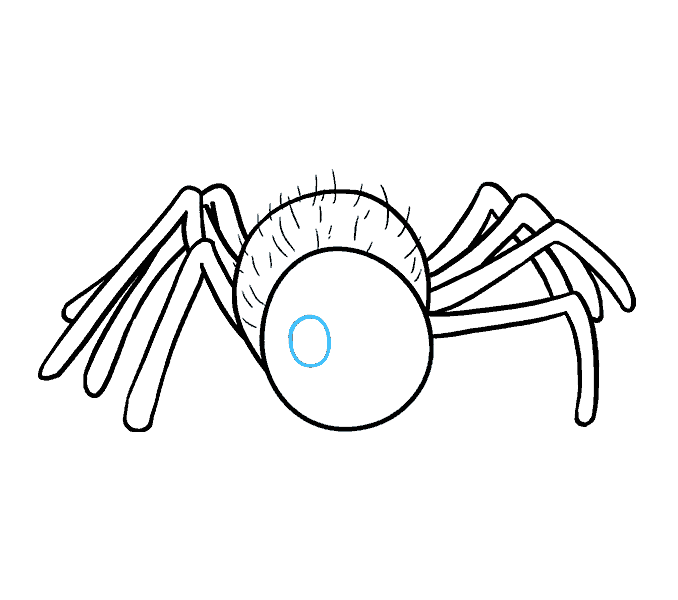 Draw a circle on one side of the spider's face to form the first eye. 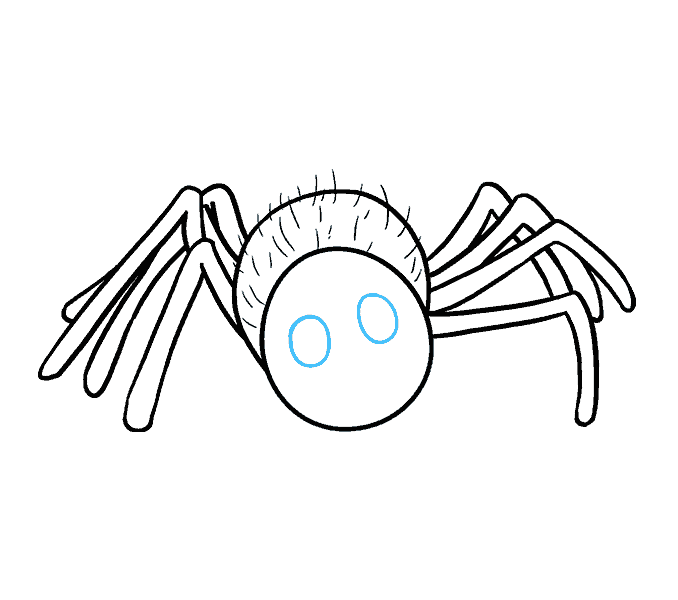 Draw a circle on the other side to form the second eye. 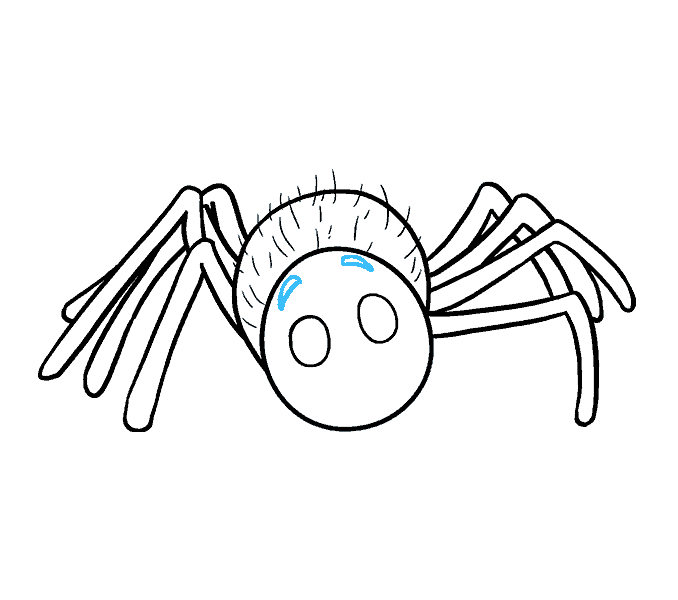 Draw an eyebrow above each eye using two short, curved lines, connected on each end in a sharp point. 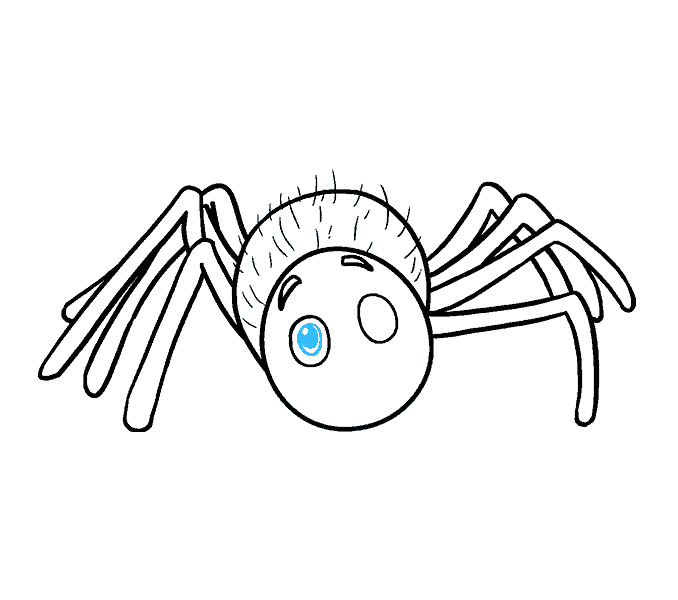 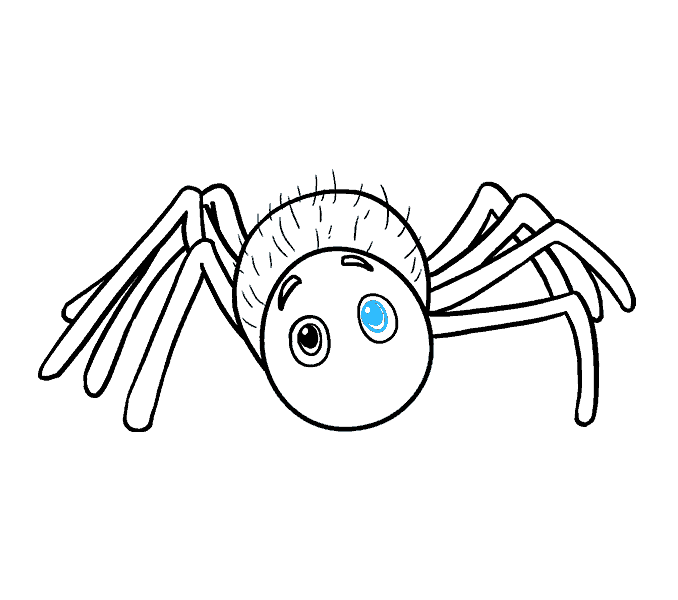 Repeat this process of drawing circles and shading within the other eye to form a mirror image. 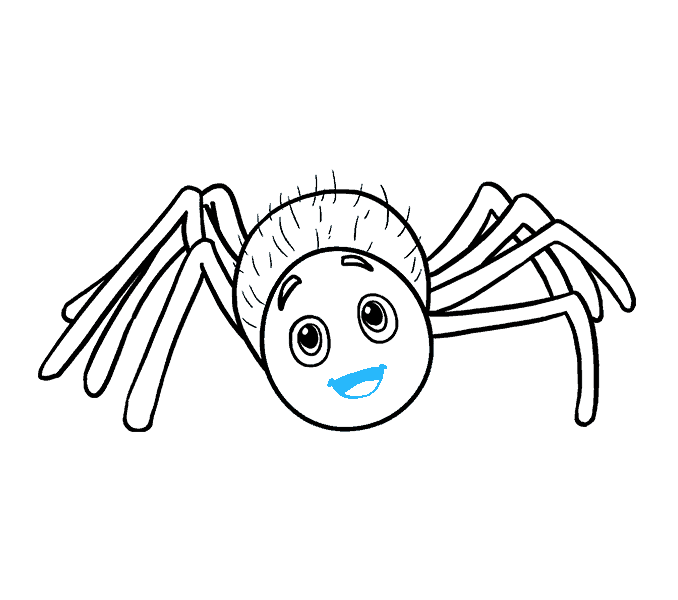 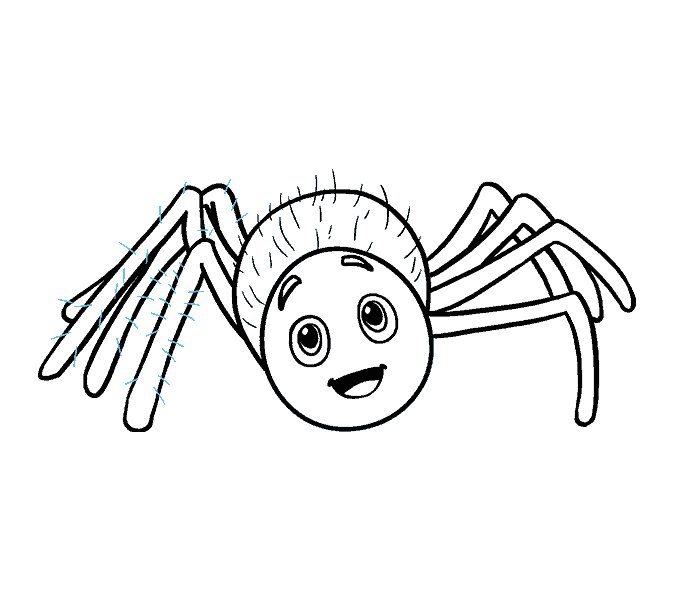 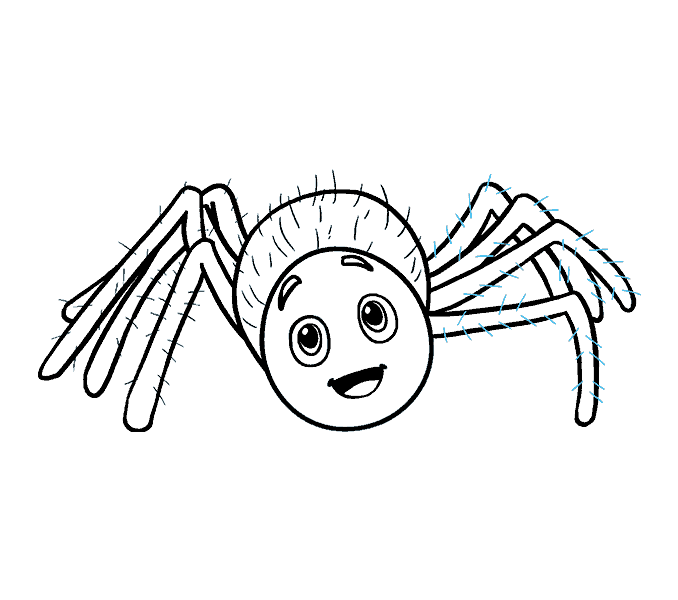 Repeat this process of drawing hairs on the opposite side, forming a mirror image. 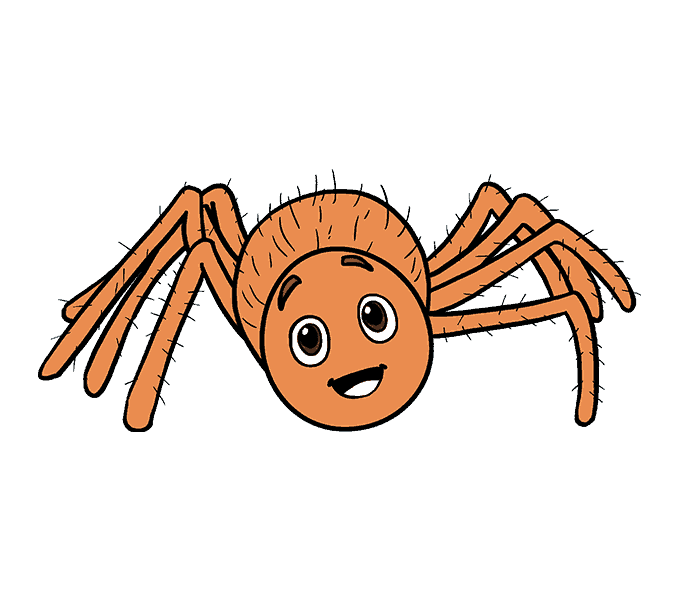