Skip to content
Easy Drawing Guides > easy, man-made > How to Draw a Compass 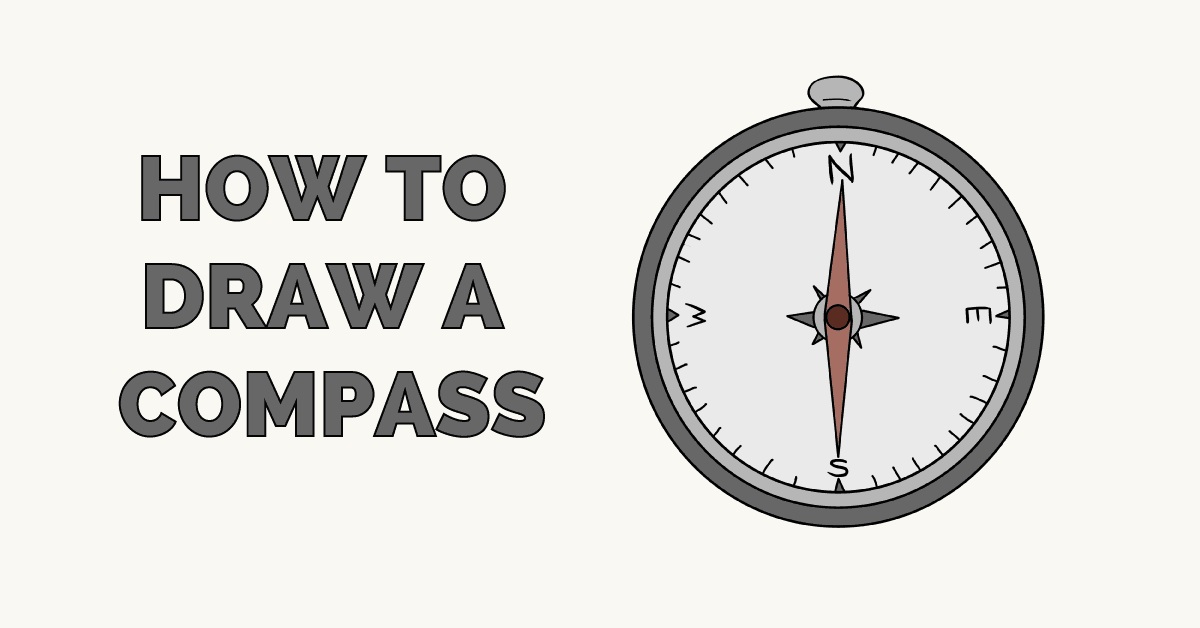 The compass is a very old device used to navigate on the surface of the earth, long before everyone had GPS directions on their cell phones. The most familiar type is the magnetic compass. During the 1100s, both the Chinese and the Europeans discovered that a magnetic iron ore, suspended in liquid upon a pivot, tended to point to the north. This happens because the atoms in the metals naturally align with the earth's magnetic forces. This allows the user to determine where they are and where they need to go.

The compass, paired with a good map, quickly became indispensable to mariners, travelers, and explorers. Today, the image of the compass is often combined with that of maps, anchors, and other equipment used in sailing. It can also be found in the logos of businesses, especially those hoping to offer sound guidance to customers.

The compass also became associated with the ideas of choosing the right path in life or following the guidance of the wise. The compass also represents moral or ethical principles. In Disney's Pocahontas, the title character was aided in 'following her heart' to rescue John Smith when his compass and the "spinning arrow" from her dream pointed in his direction. Grandmother Willow then encouraged her with the words, "You know your path, child - now, follow it!"

Would you like to draw a classic compass? This easy, step-by-step drawing guide is here to help. All you will need is a pencil, a sheet of paper, and an eraser. You may also wish to use crayons, colored pencils, markers, or other implements to help you paint with all the colors of the wind.

If you liked this tutorial, see also the following drawing guides: Book, Beginner Mandela, and Diamond.

​Step by Step Instructions for Drawing a ​Compass

1. Begin by drawing a circle to outline the shape of the compass.

2. Within the original circle, draw two more circles, each smaller than the other. This outlines the metal case of the compass.

3. In the center of the compass, draw two small circles, one within the other. This forms the pivot which supports the compass's arrow shaped needle.

4. Extend two curved lines downward from the compass's central point, allowing the lines to meet in a sharp point. This forms one side of the compass needle.

5. Extend a pair of curved lines upward from the compass center. Allow the lines to meet in a sharp point. This completes the balanced compass needle.

6. Erase guide lines from the center of the compass.

7. Detail the dial, or face, of the compass. Draw a small triangle on each side of the compass needle, and sketch a short, straight line on each side of the triangles. Around the outside of the dial, draw four equidistant small triangles, one at the top, bottom, left, and right sides. Draw short, straight lines along the dial edge between these triangles. If this were a real compass, these markings would allow you to read it.

8. Draw a directional letter at each of the triangles. Write the letter "N" for north at the top, "S" for south at the bottom, "W" for west at the left, and "E" for east at the right.

9. Draw a small oval on top of the compass, and add depth using a short, curved line. This would allow you to attach the compass to a chain or similar object.

10. Color your compass. Can you paint with all the colors of the wind?

The Complete Compass Drawing Tutorial in One Image