Skip to content
Easy Drawing Guides > easy, man-made > How to Draw an Anchor 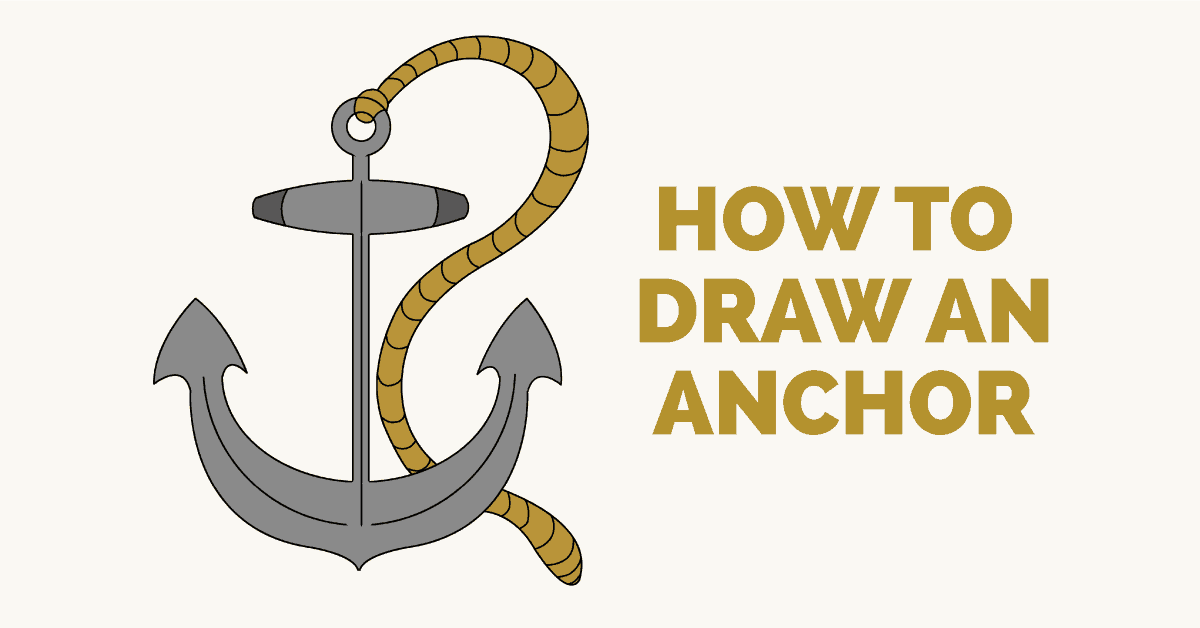 An anchor is a nautical device used to hold ships, sailboats, and other watercraft in place. Anchors are typically made of heavy materials such as metal or concrete, and attached to the vessel by a rope or chain.

From vikings to pirates, seafarers have used anchors since ancient times. Early anchors were made of rocks, wood, or bags of sand.

In popular culture, anchors are associated with the sea. They appear in coastal and maritime decor. Anchors are also commonly depicted as the tattoo of choice for a sailor's chest or arm.

Ahoy, maties! It's time to sink or swim and test out your drawing skills with this cartoon anchor. You'll need a pencil, an eraser, and a sheet of paper. You may also want to color your finished drawing. You'll use lines and geometric shapes to complete your drawing. Follow the step-by-step instructions in this cartoon drawing tutorial, and you'll be able to drop anchor in no time.

If you liked this tutorial, see also the following drawing guides: Guitar, Plane, and Robot.

Step-by-Step Instructions for Drawing an Anchor 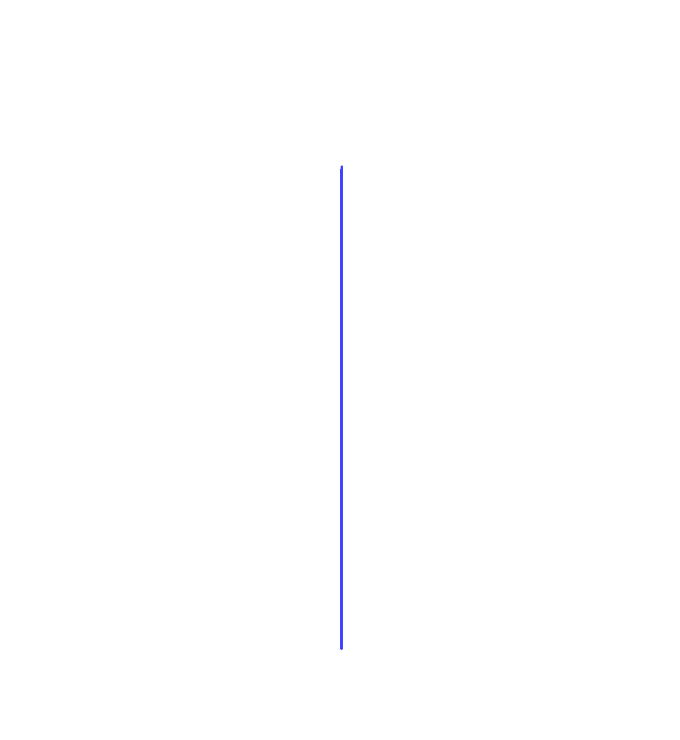 1. Begin by drawing a straight vertical line. This will serve as a guide line to help you sketch the anchor. 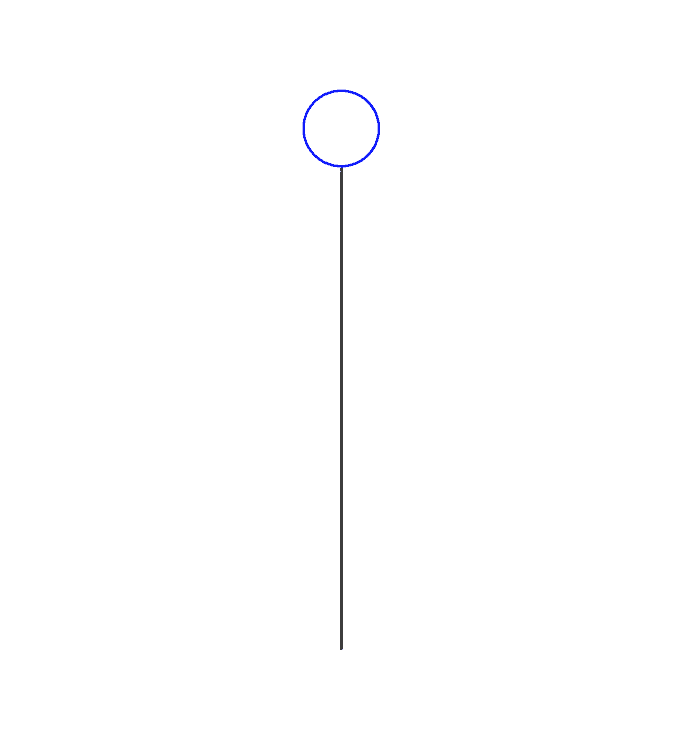 2. Draw a circle at the top of the line. This is known as the ring, and a rope or chain will be attached to it. 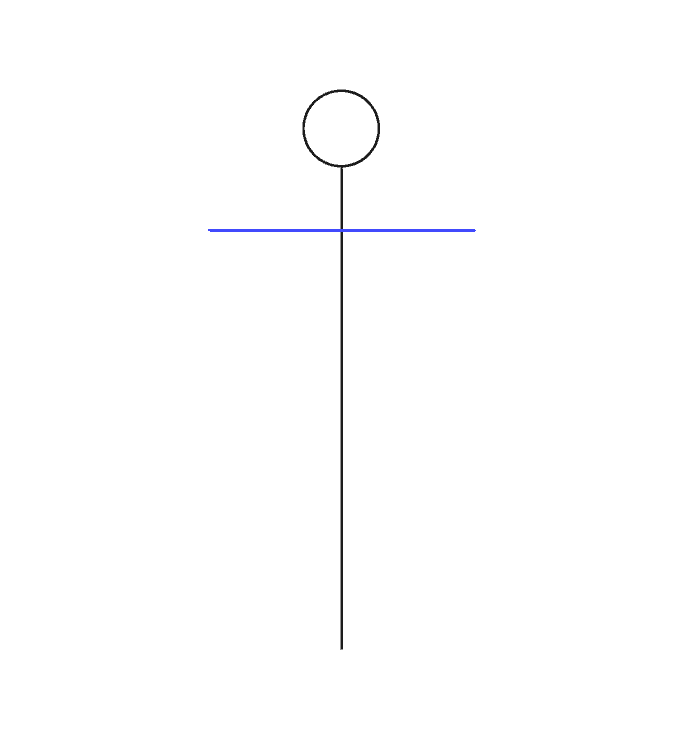 3. Draw a straight horizontal line parallel to the first. This forms the stock or crossbar of the anchor. 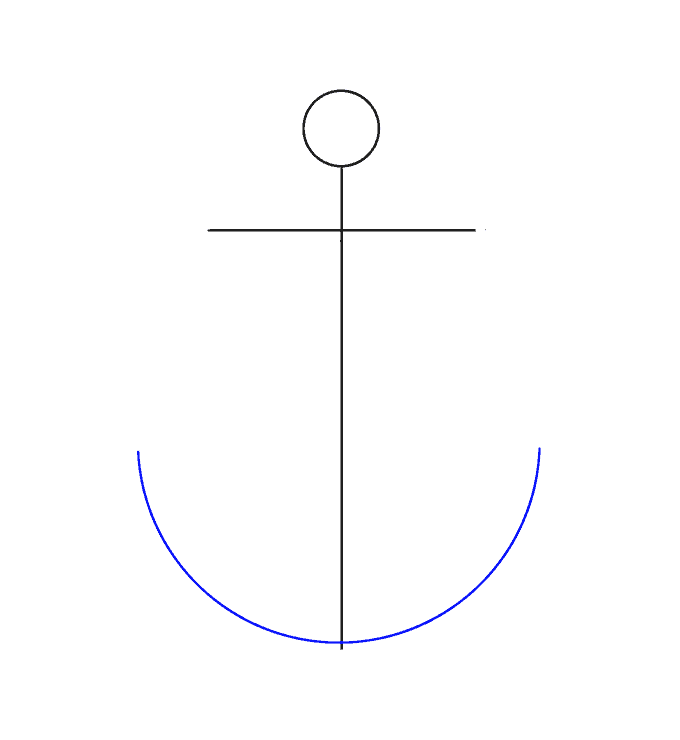 4. Draw a curved line at the bottom of the anchor, forming a half-circle. This outlines the arms of the anchor. 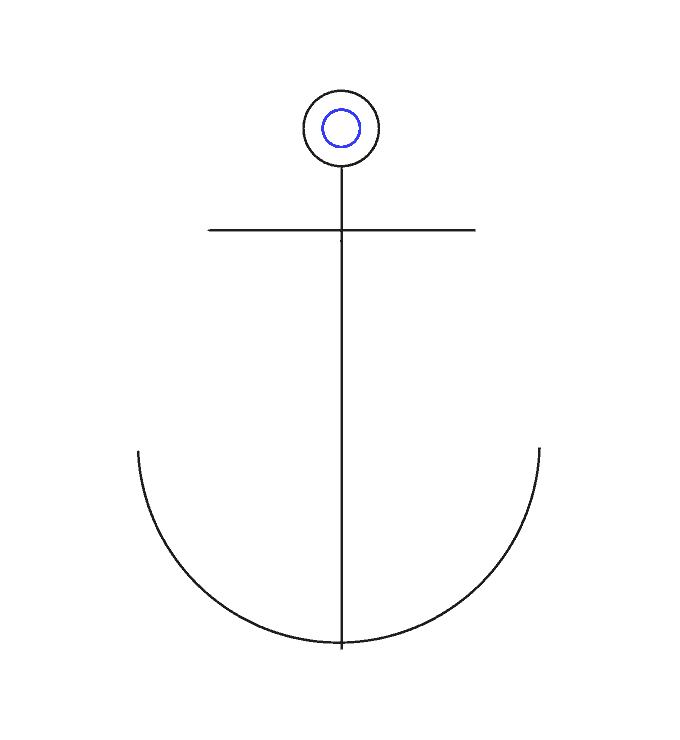 5. Draw a smaller circle within the existing circle, further outlining the ring. 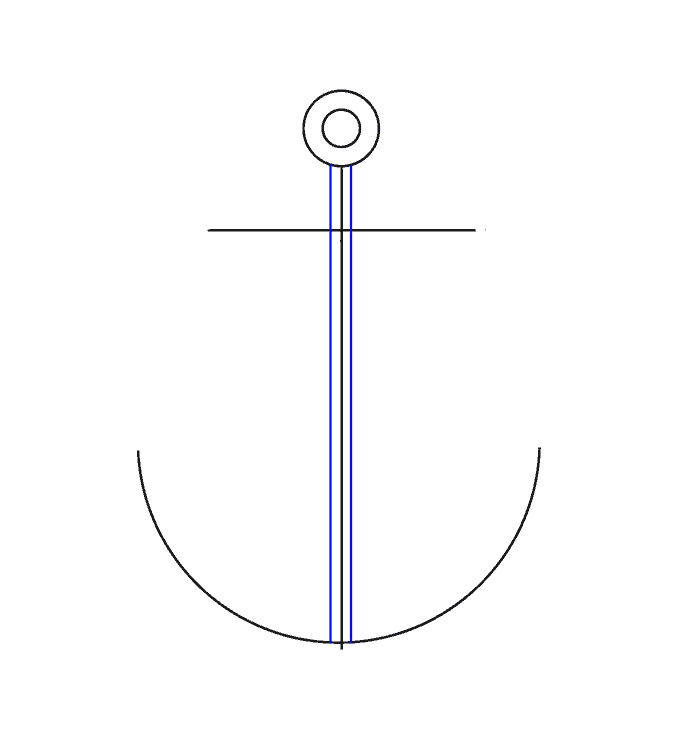 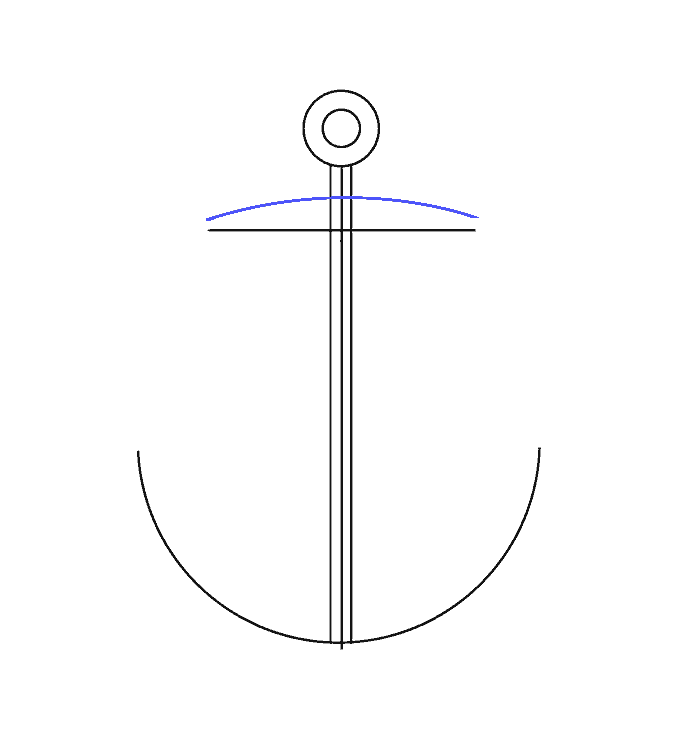 7. Draw a curved line above the line of the stock. 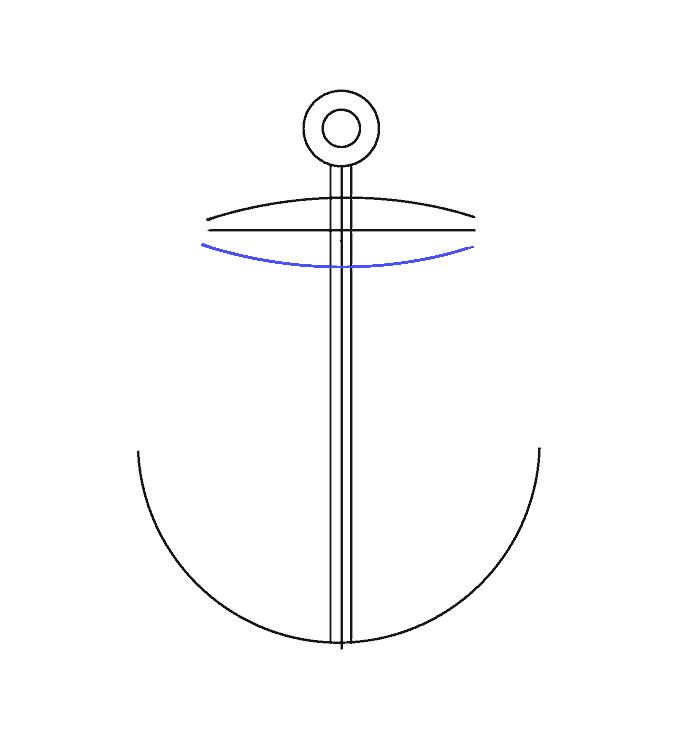 8. Draw another curved line, this time, below the line of the stock. 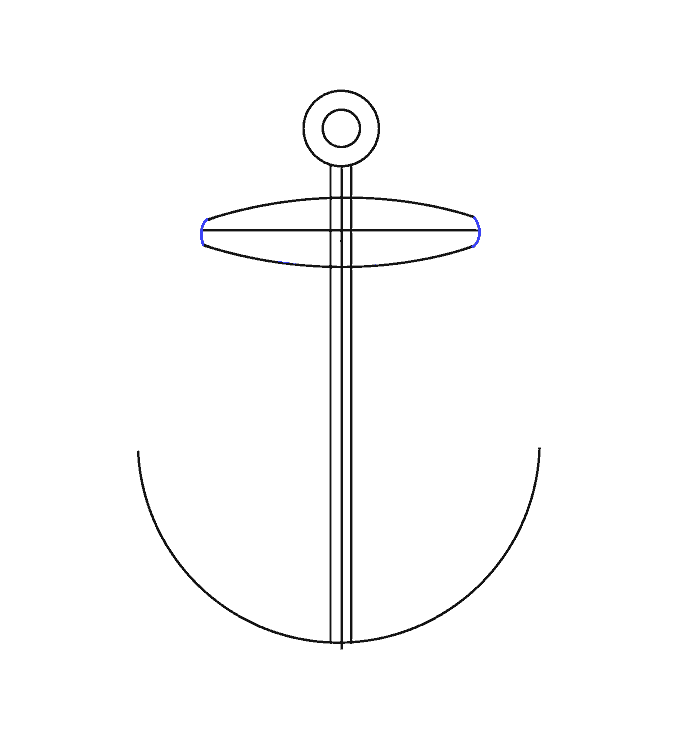 9. Connect the upper and lower ends of the stock using a short curved line on each end. 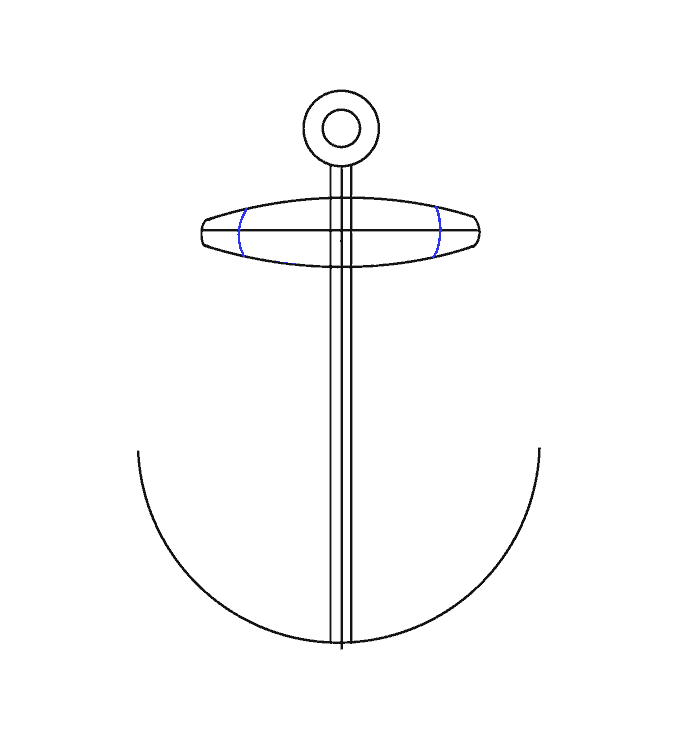 10. Draw a curved line near each tip of the stock. 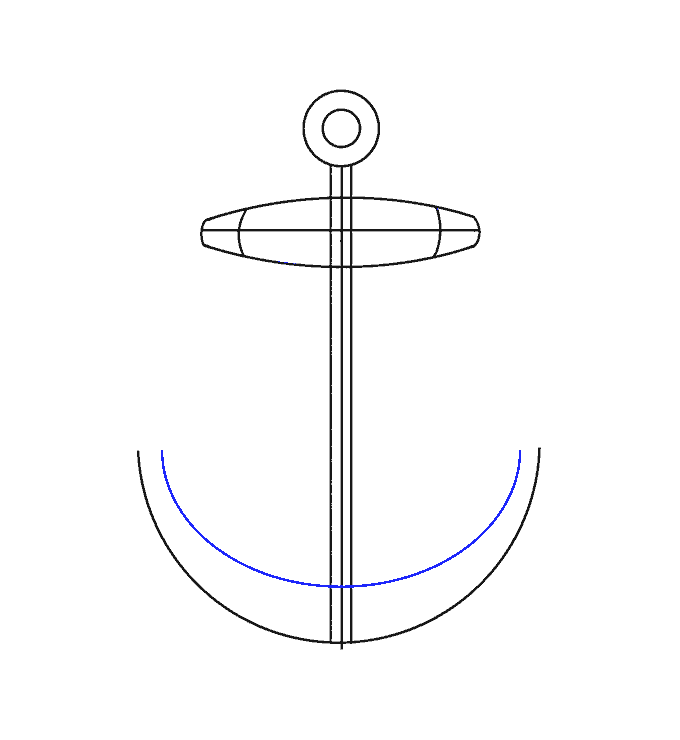 11. Draw a long curved line parallel to the previous one, outlining the arms of the anchor. 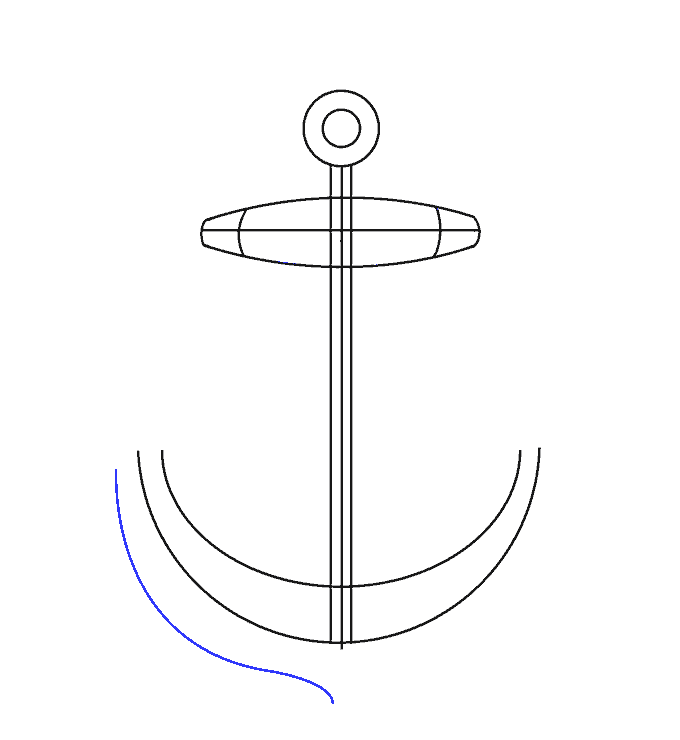 12. Draw a curved line below and parallel to one arm of the anchor. Notice how it flares downward at the bottom, beginning to form the anchor’s crown. 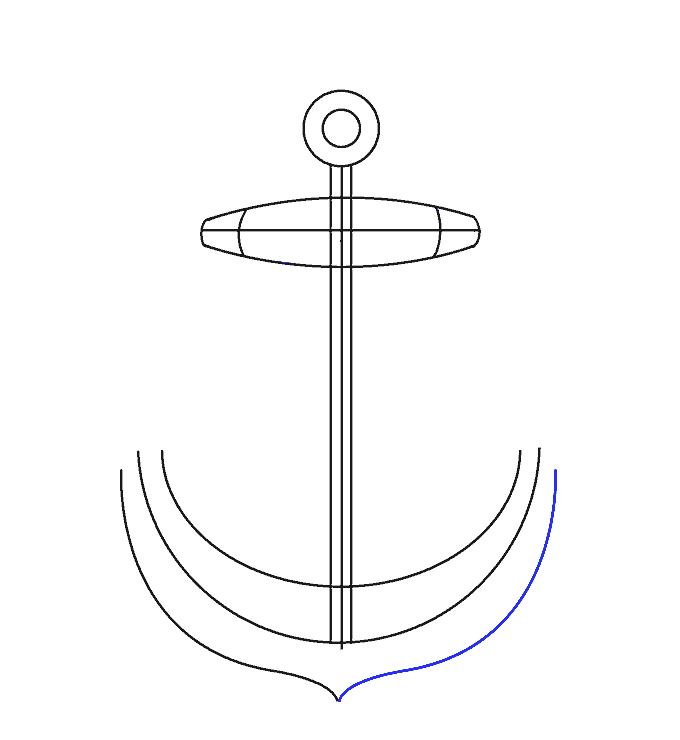 13. Draw a curved line below and parallel to the remaining arm of the anchor. This line should meet the previous line at a point at the anchor’s crown. 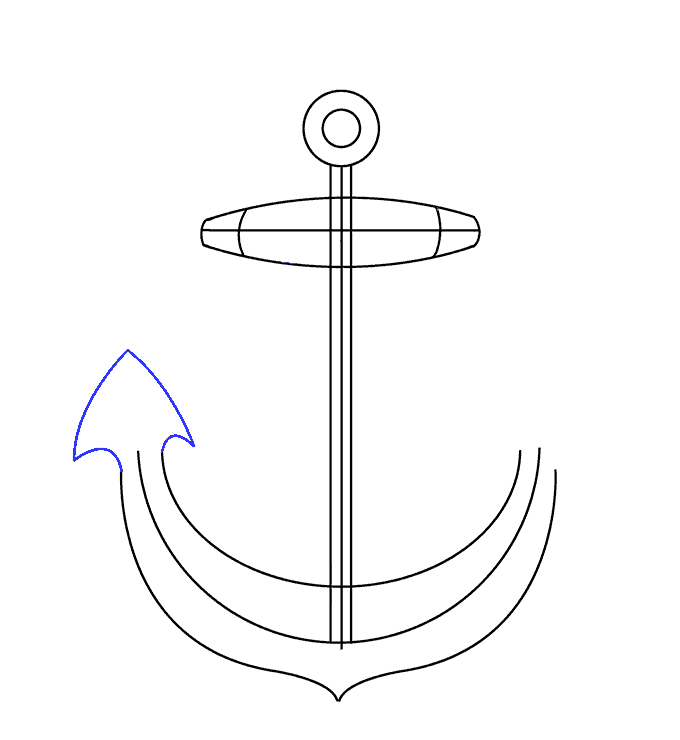 14. Use curved lines to draw a triangular shape at the end of one of the arms. This is called the fluke. 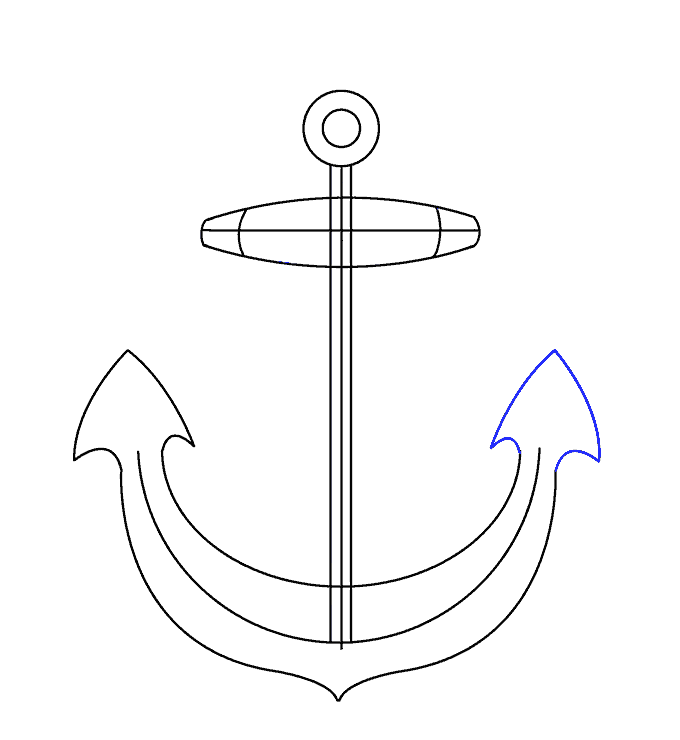 15. Use curved lines to outline a triangular shape at the tip of the remaining arm, forming the second fluke. 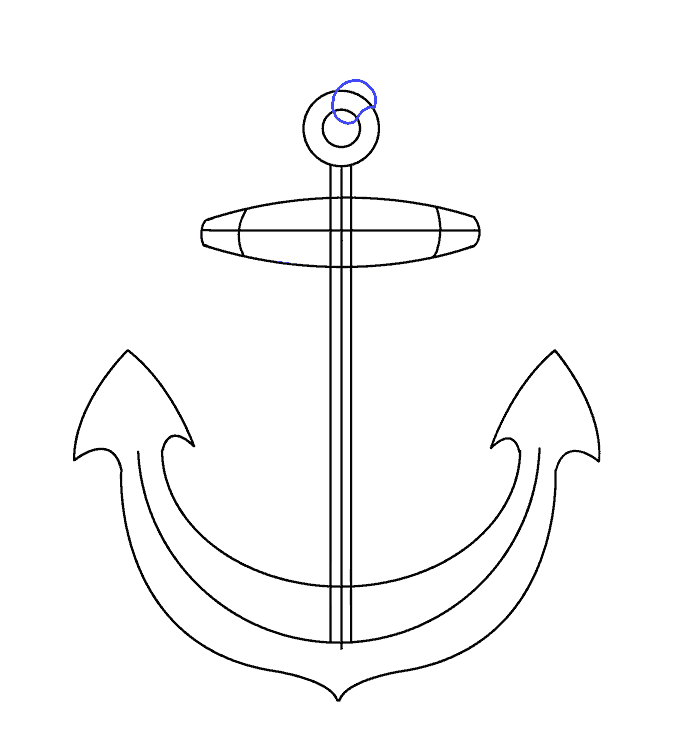 16. Draw an irregular rounded shape overlapping the anchor’s ring. This begins the rope that is attached to the anchor. 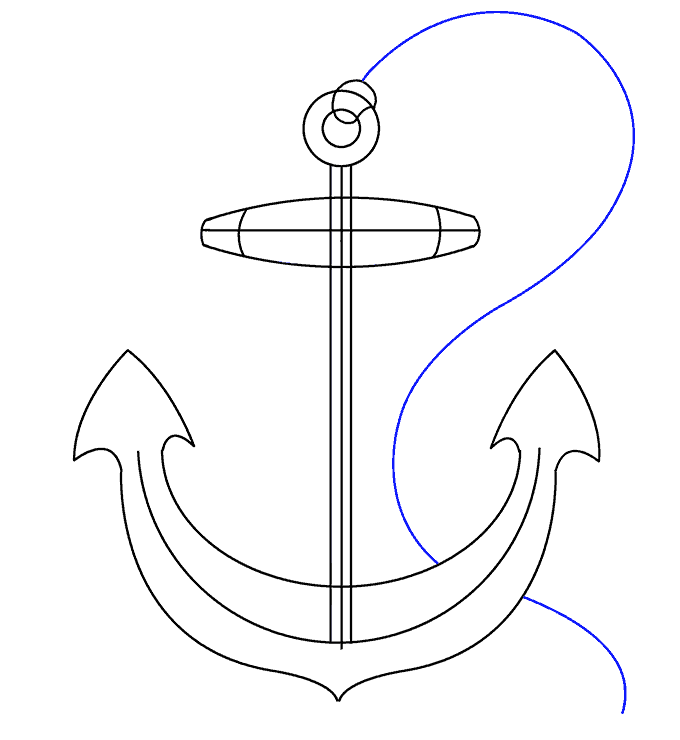 17. Draw a long, “S” shaped line from the portion of rope on the ring. Allow the line to loop around behind the anchor. 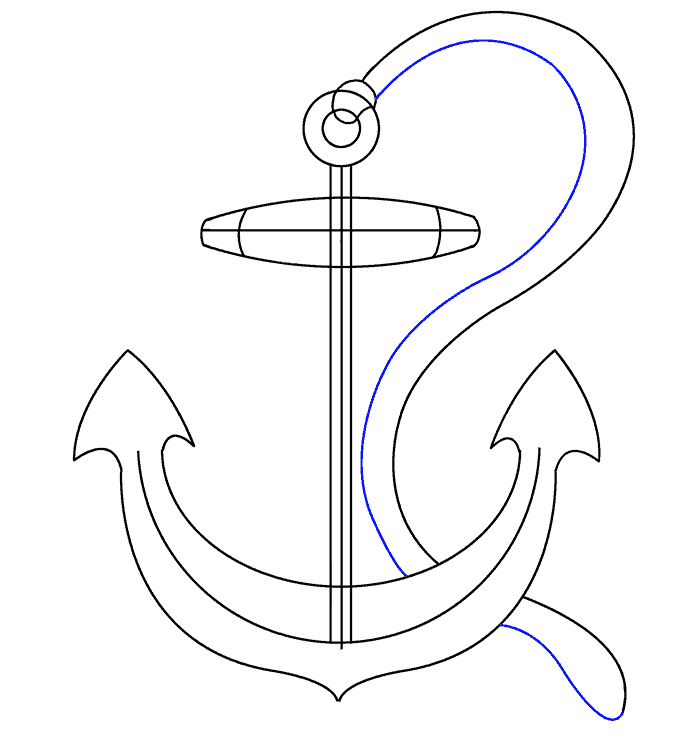 18. Draw another long curved line parallel to the first. Allow the lines to connect in a gentle curve, completing the outline of the rope. 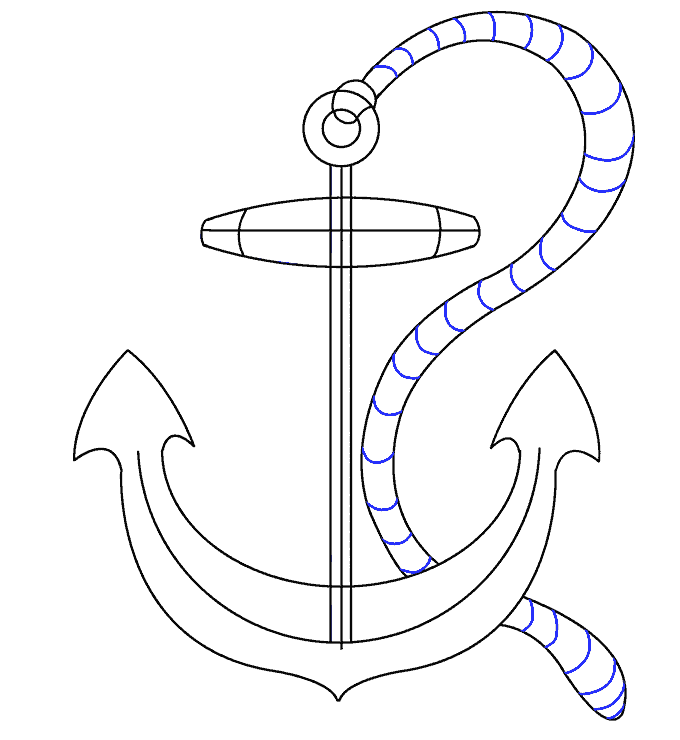 19. Band the rope with short curved lines, giving it a woven texture. 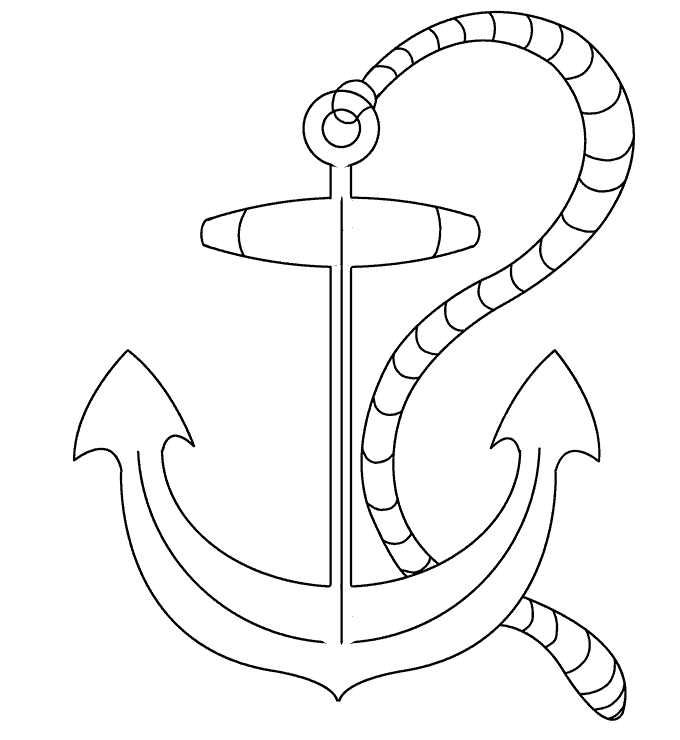 20. You should be done. Your cartoon anchor drawing is complete. All you need to do is to color it. 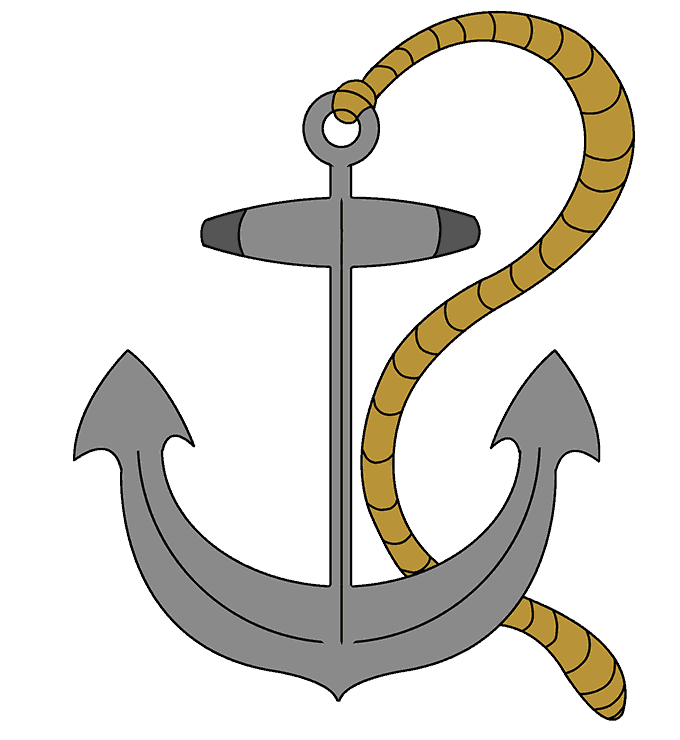 Color your cartoon anchor. Typically, anchors are of a grey metal color, but they may rust and become red or brown.