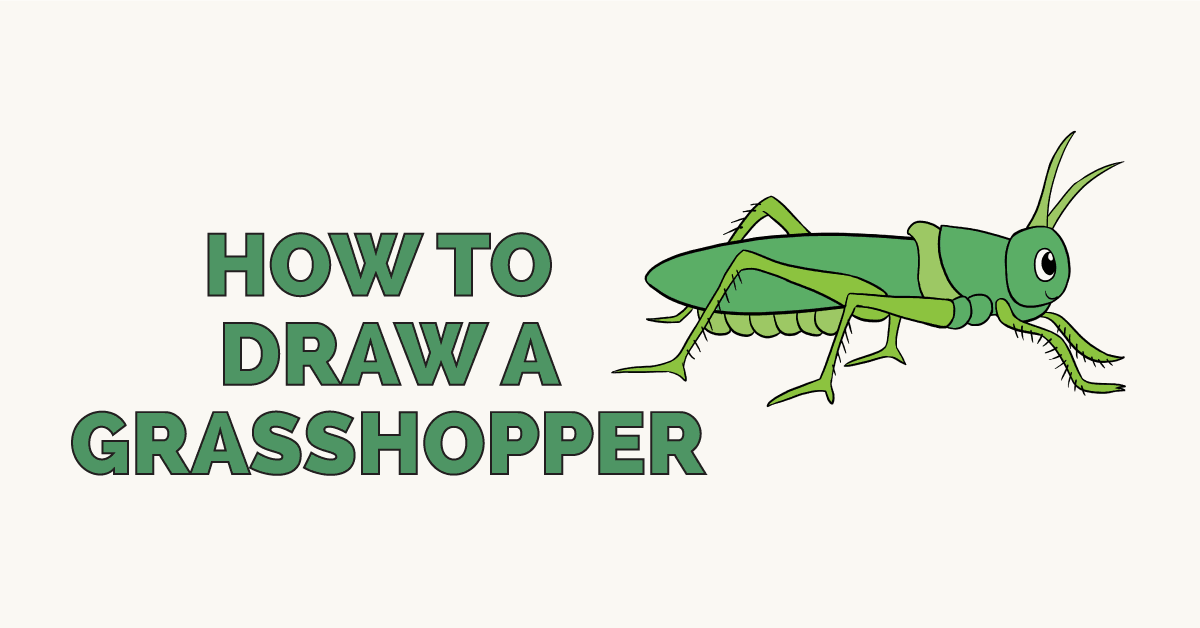 Grasshoppers are jumping insects found throughout the world. Some varieties are known as locusts or crickets.

Since ancient times, the grasshopper has been both utilized and loathed by humans. Swarms of millions of locusts can devastate agricultural crops. In the past, this could cause widespread famine. On the other hand, grasshoppers themselves have served as food for people. Grasshoppers are rich in protein are said to taste like shrimp or crab. They can be eaten raw, cooked, or fried.

Grasshoppers have long found their way into art and popular culture. In ancient Athens, people wore golden grasshopper brooches to advertise a "pure" Athenian lineage. Grasshoppers can be seen in classic paintings such as the 1630 Flowers in a Vase with Shells and Insects and 1685 Flowers in a Vase. In film, the grasshopper has played major roles in Beginning of the End (1957) and A Bug's Life (1998).

Would you like to draw a grasshopper? This easy, step-by-step drawing guide is here to help. All you will need is a pencil, an eraser, and a sheet of paper. You may also wish to color your finished drawing.

If you liked this tutorial, see also the following drawing guides: Grass, Dove, and Owl.

​Step by Step Instructions for Drawing​ a Grasshopper

1. Begin by drawing an irregular circle to form the grasshopper's head.

2. Extend two curved lines from the head, one longer than the other. Allow them to meet in a gentle point. Then, enclose an irregular shape using a long, wavy line. This forms the grasshopper's thorax, or midsection.

3. Extend two long, curved lines from the thorax, allowing them to meet in a gentle point. This forms the grasshopper's abdomen.

4. Using two curved lines, enclose two rounded shapes beneath the head and thorax of the grasshopper.

5. Extend two pairs of curved lines upward from the top of the head. Allow each set of lines to meet in a sharp point, forming the antennae of the insect.

6. Draw the grasshopper's legs. For the front leg, extend a wavy, loosely "S" shaped line, and double it back upon itself to enclose the shape. For the rear leg, enclose two irregular rounded shapes. Then, extend two curved lines that converge but do not meet. Extend another pair of lines downward from these. Use several shorter lines to enclose the inverted "V" shape of the foot at the bottom.

7. Erase the guide lines from the legs.

8. Draw another foreleg using two curved lines that meet in a point. Indicate the far middle leg by enclosing an inverted "V" shape beneath the body. For the near rear leg, extend a pair of lines from behind the middle leg. Draw two lines descending from these, bent at the knee. Enclose the foot using three curved lines. For the far rear leg, indicate the knee by drawing a stacked set of inverted, "V" shaped lines rising above the abdomen. Draw the foot using a pair of curved lines that meet in a point beneath the abdomen.

10. Color your grasshopper. This insect is typically green, brown, or yellow.

Don't forget to check out our animal drawing guides for more creepy crawly fun. Or, complete your picture by learning how to draw grass with our plant drawing guides.

The Complete Grasshopper Drawing Tutorial in One Image

How to draw: Grasshopper - all drawing steps 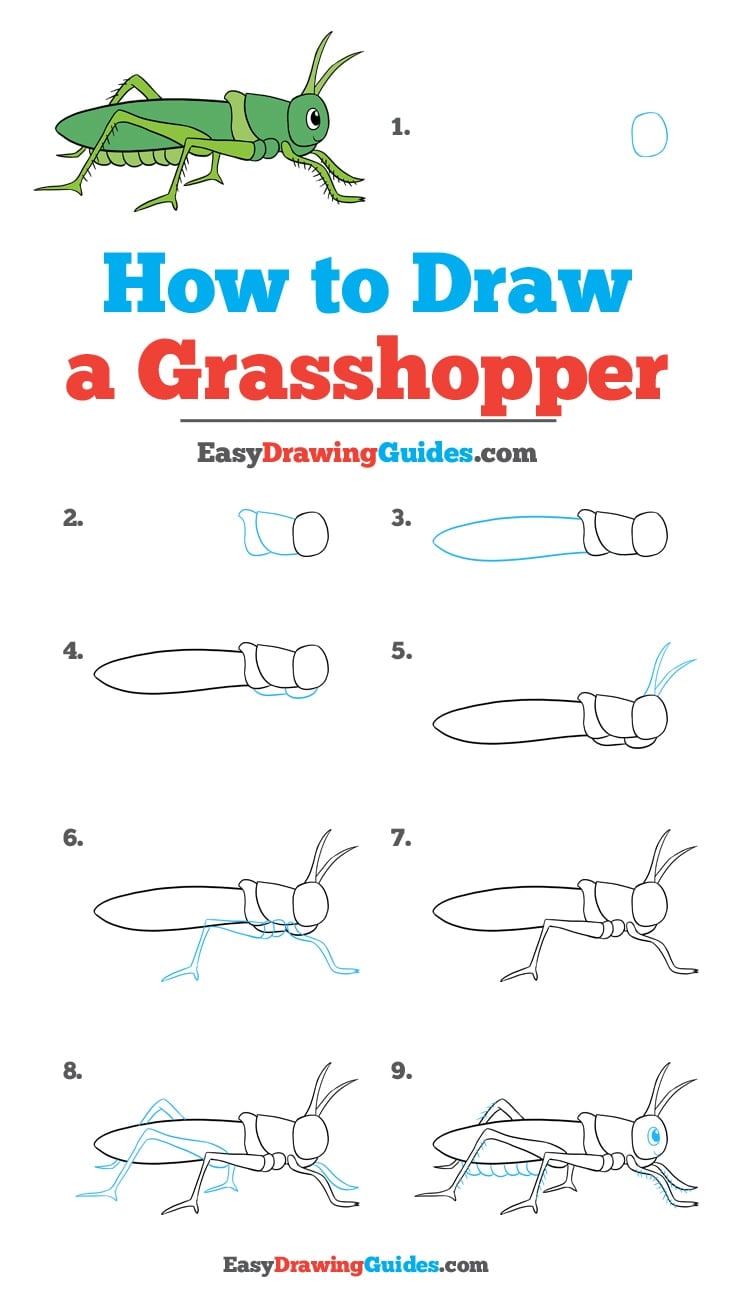