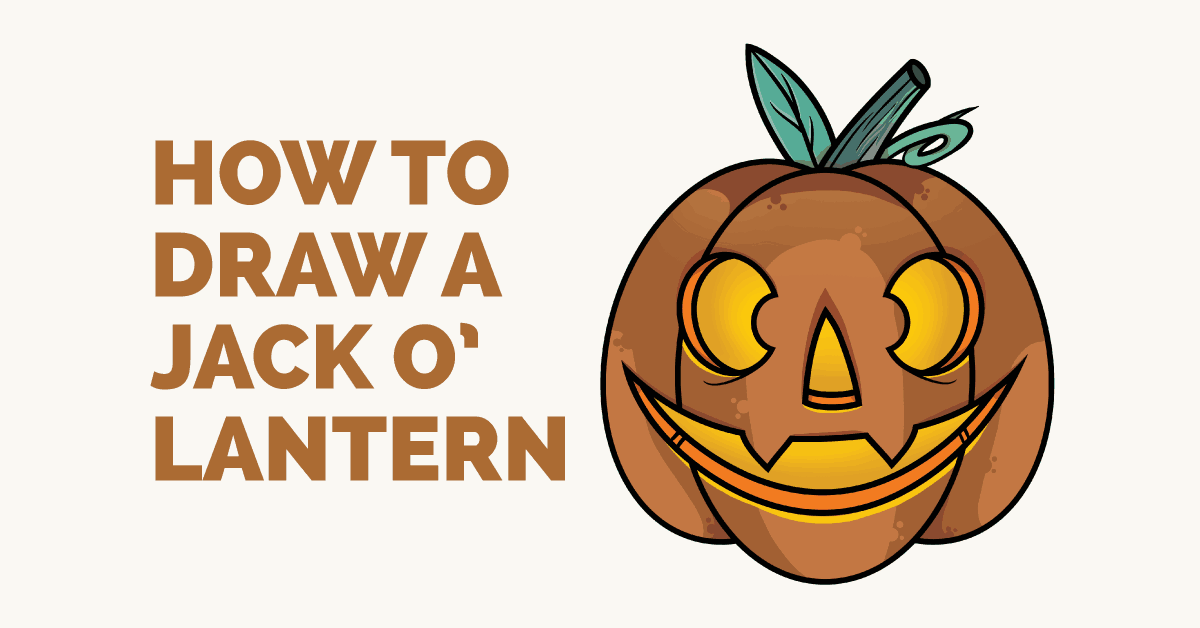 What is a jack o' lantern? This scary or funny-faced carved pumpkin is often seen in the fall. Real or plastic versions adorn front porches, offices, stores, and other places.

Jack o'lantern characters can be seen in cartoons such as It's the Great Pumpkin, Charlie Brown. But why did people start carving faces on vegetables in the first place?

This centuries-old tradition originated in Ireland. There, potatoes or turnips, rather than pumpkins, were used. The scary faces were thought to drive away evil spirits.

Irish immigrants brought the tradition with them to America, where native pumpkins were readily available. From there, the custom spread throughout the world as the holiday became more commercial.

What about the name jack o'lantern? It was derived from the Irish legend of "Stingy Jack" or "Jack of the Lantern," who invited the devil to drink with him. He didn't want to pay, and the devil became a coin to pay the tab. Jack pocketed the coin and kept it with a silver cross, which prevented the spirit from changing back to his original form.

Later, he tricked the devil into climbing a tree, on which he carved a cross so he couldn't come down. Each time he freed him, he made him promise that he wouldn't bother him, even in the afterlife.

When Jack died, neither heaven nor the underworld would take him, so he roamed the earth carrying a lantern made from a turnip.

Would you like to learn how to draw a scary or comical cartoon jack o'lantern? This simple, step-by-step Halloween cartoon drawing tutorial is here to show you how.

What will you need? Only a pencil, an eraser, and a sheet of paper. You may also want to color your picture in shades of orange, yellow, white, or green.

If you liked this tutorial, see also the following drawing guides: Sugar Skull, Skull, and Skeleton. 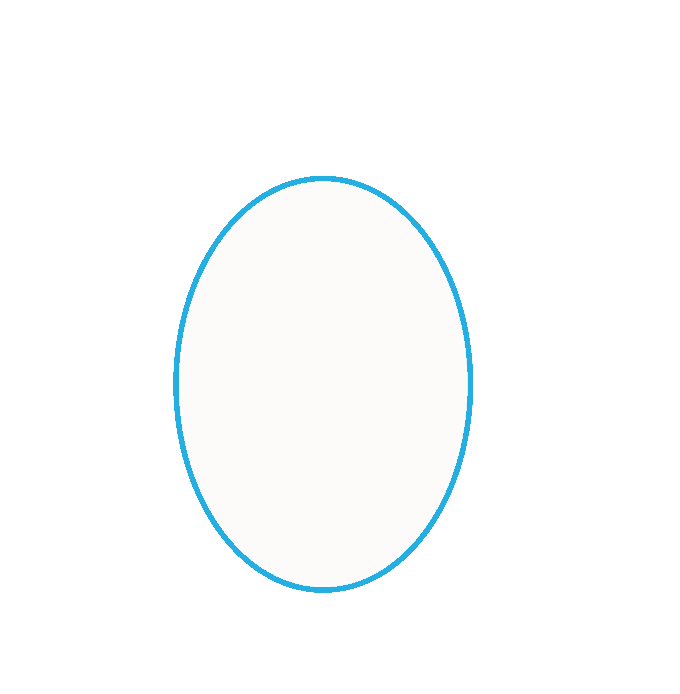 1. Begin by drawing a large oval. This begins the front of the pumpkin and forms the central rib or section of the squash. 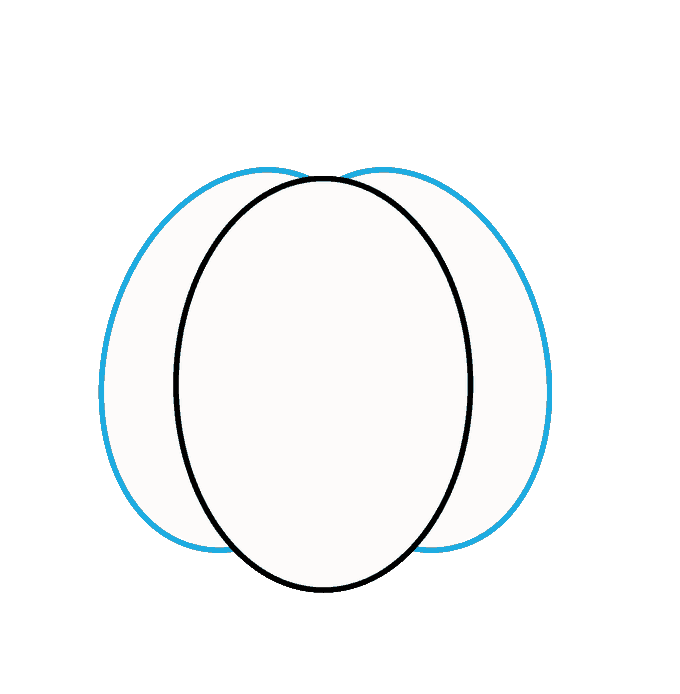 2. Draw a curved line on each side of the oval to form two partial oval shapes. These outline more ribs, completing the outline of the fruit. 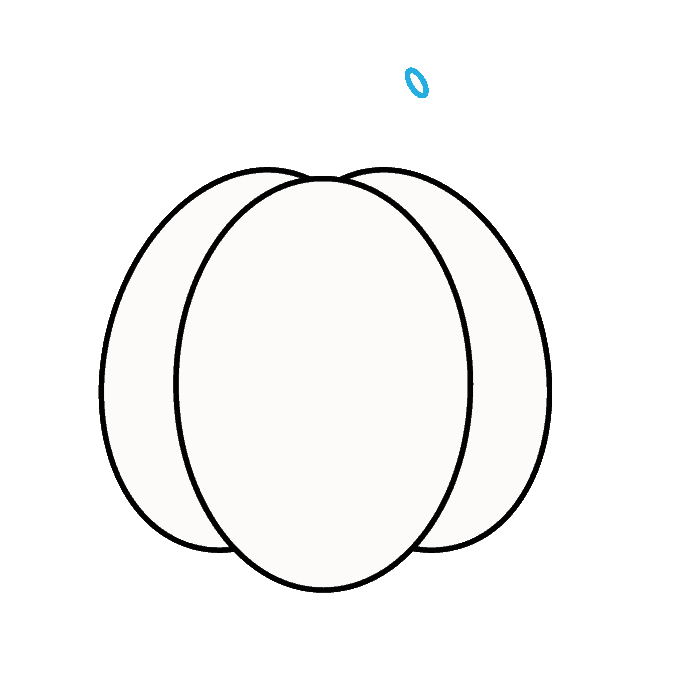 3. Draw a small oval above the pumpkin. This will form the tip of the stem. 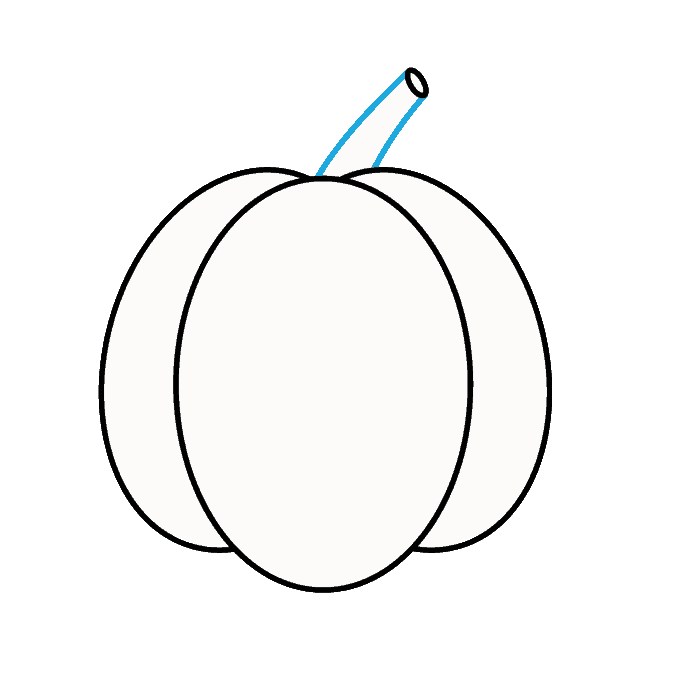 4. Draw curved lines from the top of the pumpkin to the small oval, outlining the stem. 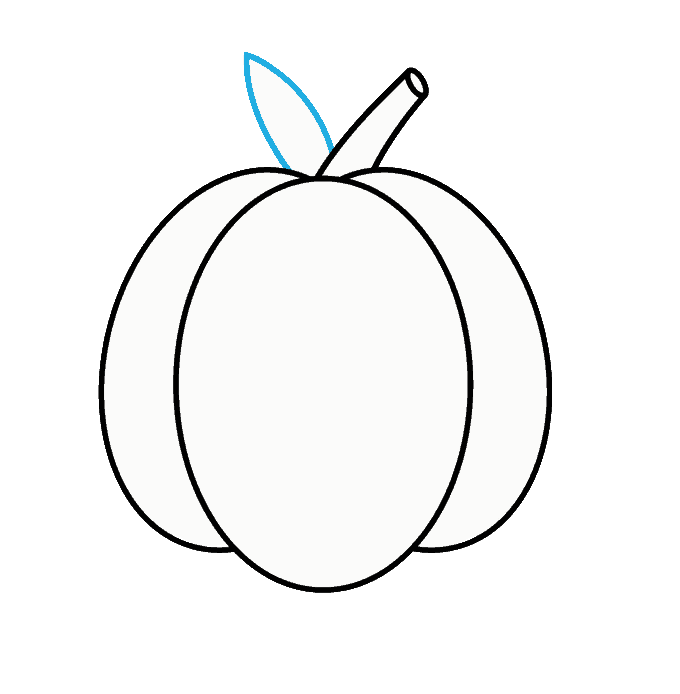 5. Draw a leaf at the base of the stem. Use two curved lines that meet at a point above the pumpkin.

How to Draw a Venus Flytrap 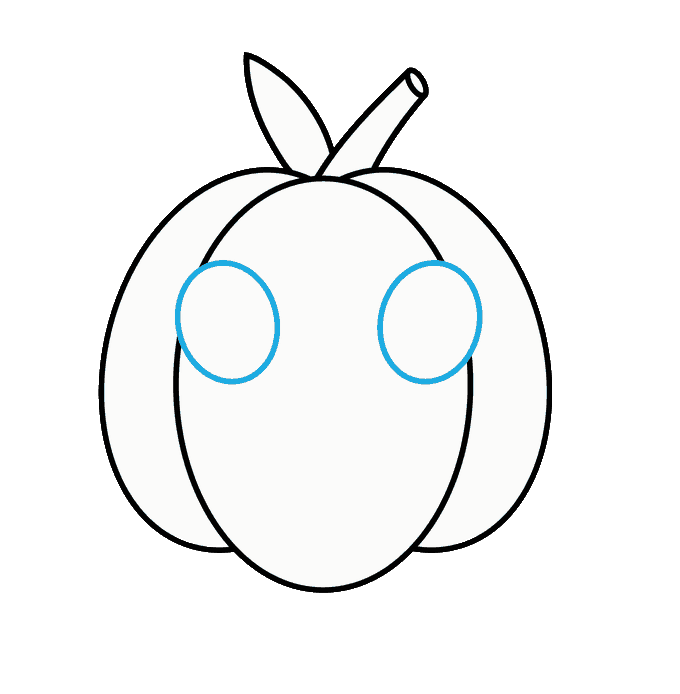 6. Draw the cut-out eyes, erasing as necessary. Draw a large circle to form each eye. 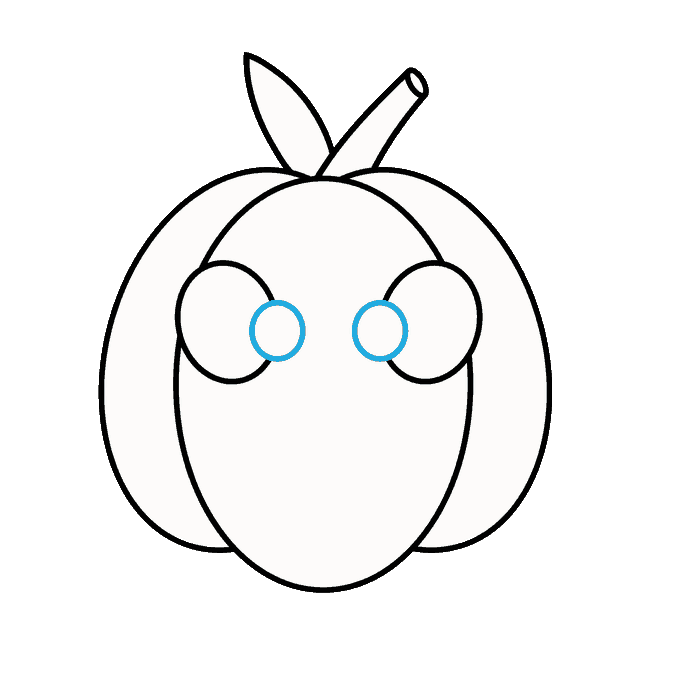 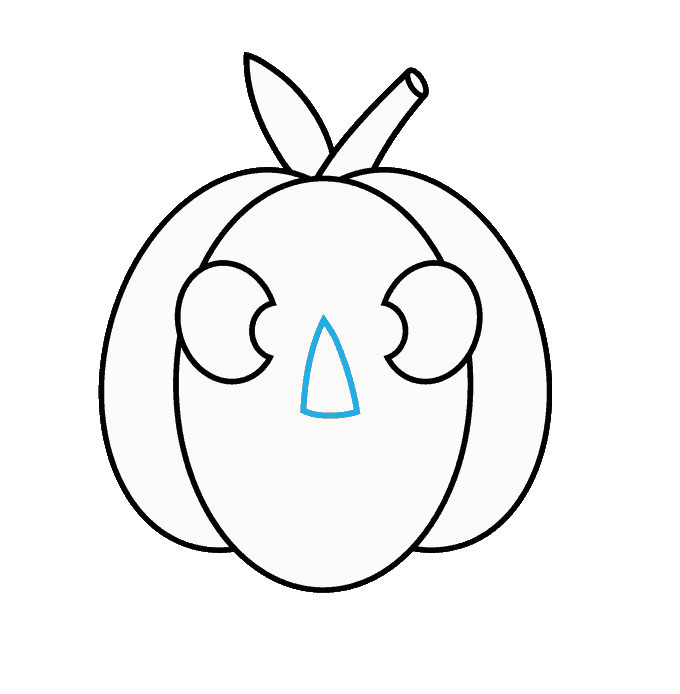 8. Erase half of each eye's smaller circle. This completes the outline of the cut-out eyes, making it appear that they have round pupils. Draw a triangle in the middle of the pumpkin using three curved lines. This forms the cut-out nose of the jack o'lantern. 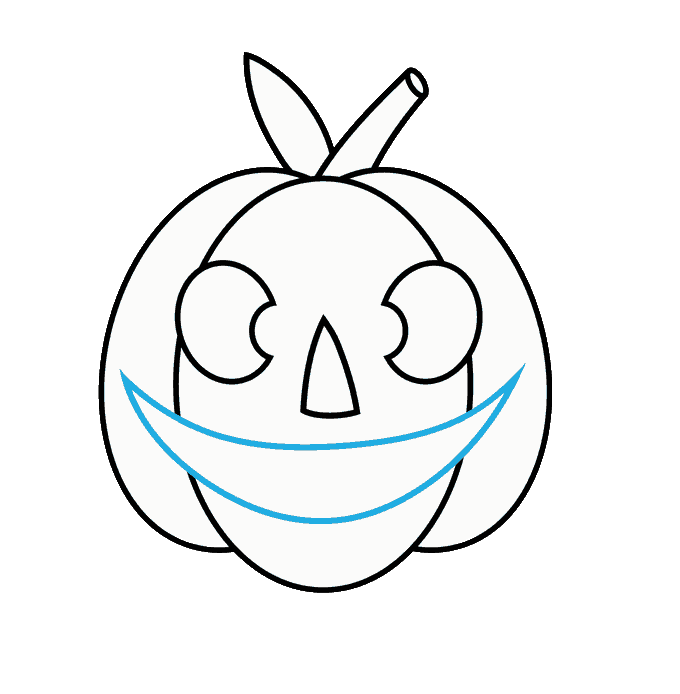 9. Draw the jack o'lantern's wide, smiling mouth. Use two long curved lines that meet at sharp points on each end. Erase the overlapping lines as necessary. 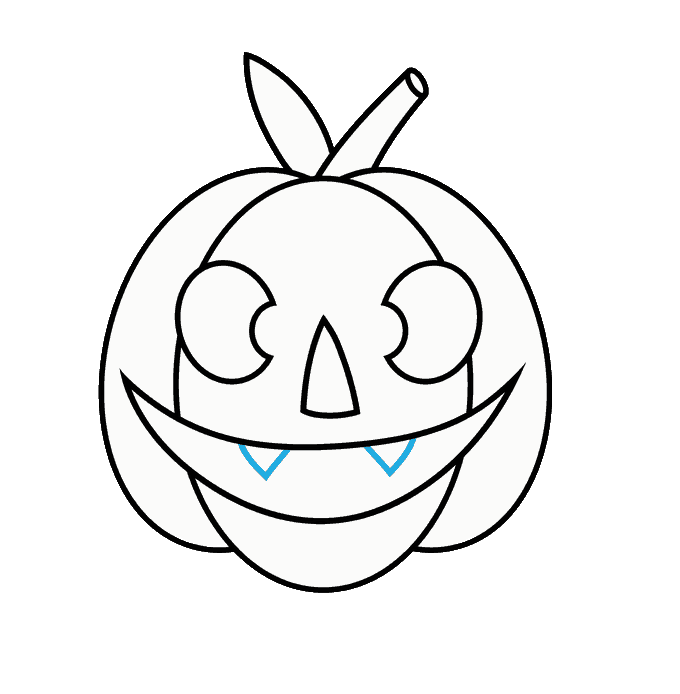 10. Draw triangular teeth at the top of the mouth. For each tooth, enclose the shape using two curved lines that meet at a downward point. 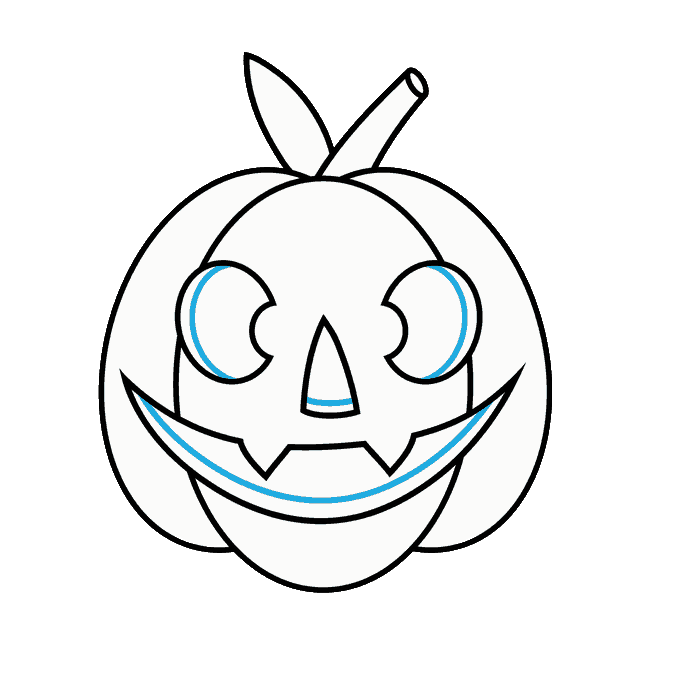 11. Give the cut-out eyes, nose, and mouth and three-dimensional appearance. Draw a curved line roughly parallel to the outer edges of the eyes, the base of the nose, and the bottom of the mouth. This outlines the inner shell of the pumpkin. 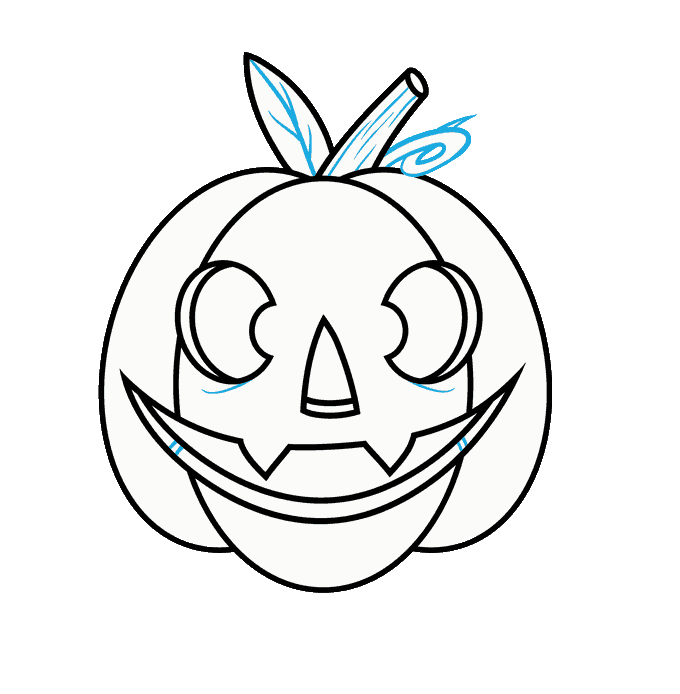 12. Add extra details to the jack o'lantern. Draw curved lines beneath the eyes, and pairs of straight lines along the lower "lip" of the mouth. Draw a curved line for the central leaf vein, with shorter curved lines branching from it. Texture the stem with curved lines of different lengths. Finally, draw the spiral shape of a tendril of pumpkin vine using curved lines that meet at a sharp point. 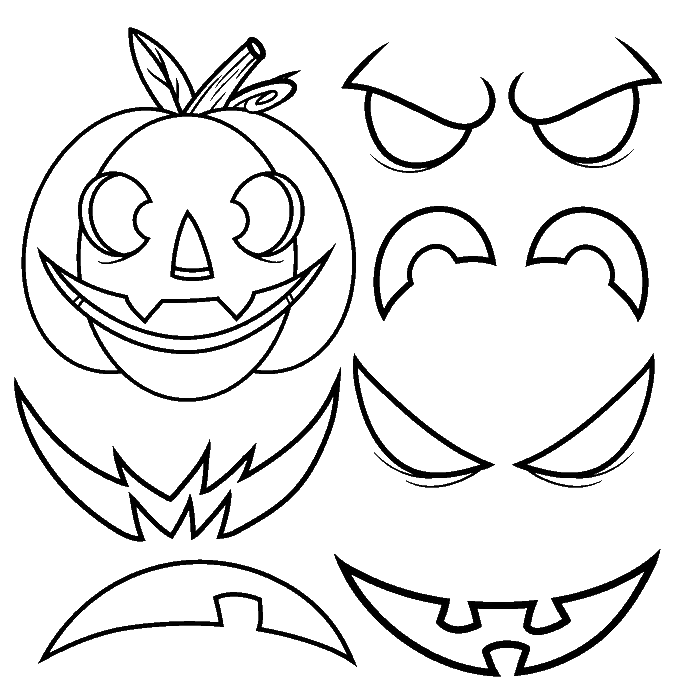 13. Why not try your hand at drawing other pumpkin faces? First, complete Steps 1 through 5 to outline the pumpkin. Then, try these mouths and eyes on for size. You can use zigzag lines to create an evil-looking mouth, or draw a smiling mouth with flat teeth for a traditional look. You can even make a frown by turning that smile upside down! For eyes, you can draw frowning brows over circular orbs, create "C" shaped smiling eyes, or use pairs of curved lines that meet at sharp points on each end to draw devious, squinting eyes. 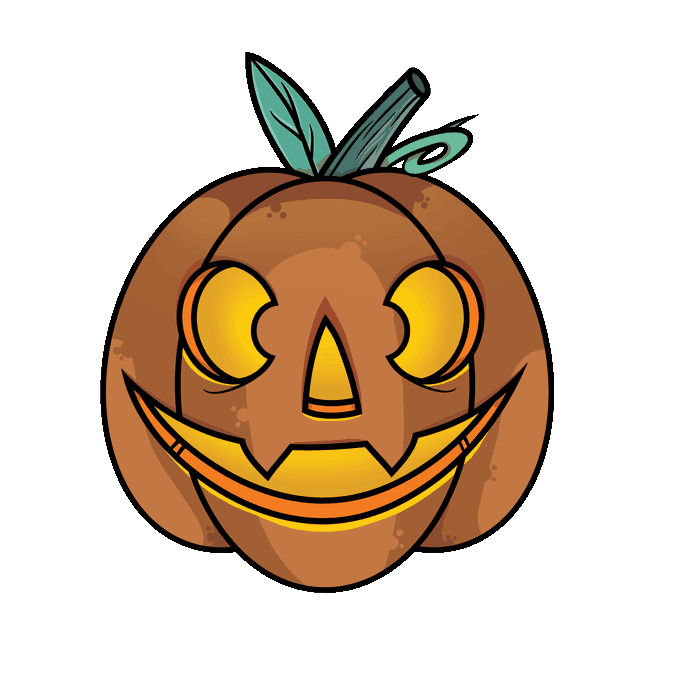 14. Color your pumpkin (or pumpkins). This fall vegetable is usually orange, green, or white. A candle or light inside gives the face a yellow glow. But for Halloween, pumpkins can be painted any color!