"For those who remember. For those who will never forget. And for a whole new generation who will experience it for the very first time..."

Those nostalgic words opened the 1990s VHS release of the original Star Wars trilogy, including A New Hope, The Empire Strikes Back, and Return of the Jedi. At the time, many fans who remembered the 1977 theatrical release had grown up and had children.

Today, those kids who witnessed the 1990s re-release and the prequel trilogy of the early 2000s have likewise matured and started families. Star Wars has become a 40 plus year phenomenon that spans the ages, from "baby boomer" to "millennials."

The lightsaber is one of the series' most iconic features. Fans can instantly recognize the slashing and electric clanging sound effects. In Episode I: The Phantom Menace, Anakin Skywalker referred to Qui Gon's lightsaber as a "laser sword." That is an apt description. The lightsabers use special crystals to produce controlled beams that can slice through almost anything (except other sabers), deflect laser blasts, and melt metal.

Lightsabers were the exclusive weapons of the Jedi Knights. Jedi employed an empathic relationship with the Force, which flows through all things. Their job was to maintain and safeguard the peace of the galaxy. Today, real-life padawans can build their own lightsaber at the Disney World theme park.

Would you like to draw your very own lightsaber? This simple, step-by-step drawing tutorial is here to show you how, my young apprentice. All you will need is a marker, pen, or pencil, and a sheet of paper. You can also use a crayon or colored pencil to select the color of your saber.

Step-by-Step Instructions for Drawing a Lightsaber

1. Begin by drawing a straight line. This will form one side of the lightsaber's glowing blade.

2. Draw another straight line parallel to the first, forming the opposite side of the blade.

3. Connect the parallel lines at each end using short, curved lines. The blade of the lightsaber is now fully enclosed.

4. Draw a small trapezoid at the bottom of the blade. This is called the blade emitter shroud.

5. Extend a straight line from below the shroud. This outlines one side of the hilt, or handle of the lightsaber.

6. Draw another straight line, parallel to the last, and connect them at the end using a short, curved line. This fully encloses the hilt.

7. Draw a line across the bottom of the hilt. Then, enclose a partial triangle on the outside of the hilt, just below the line.

8. Draw a small rectangle or trapezoid on top of the hilt. This represents the lightsaber's activation lever. 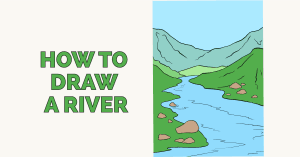 9. Draw a series of curved lines across the hilt. These represent rubber grips or decorative elements.

Color your lightsaber. Different characters are associated with different colored sabers. Anakin used a blue lightsaber, while Luke's was green. Mace Windu sported a purple lightsaber, and Princess Leia a pink one. The Sith, such as Darth Maul, Darth Vader, and Kylo Ren, use red lightsabers. The handles are generally grey, silver, or black.

Is the force strong with you? Find out when you discover more fun Star Wars characters among our characters drawing guides.

The Complete Lightsaber Drawing Tutorial in One Image