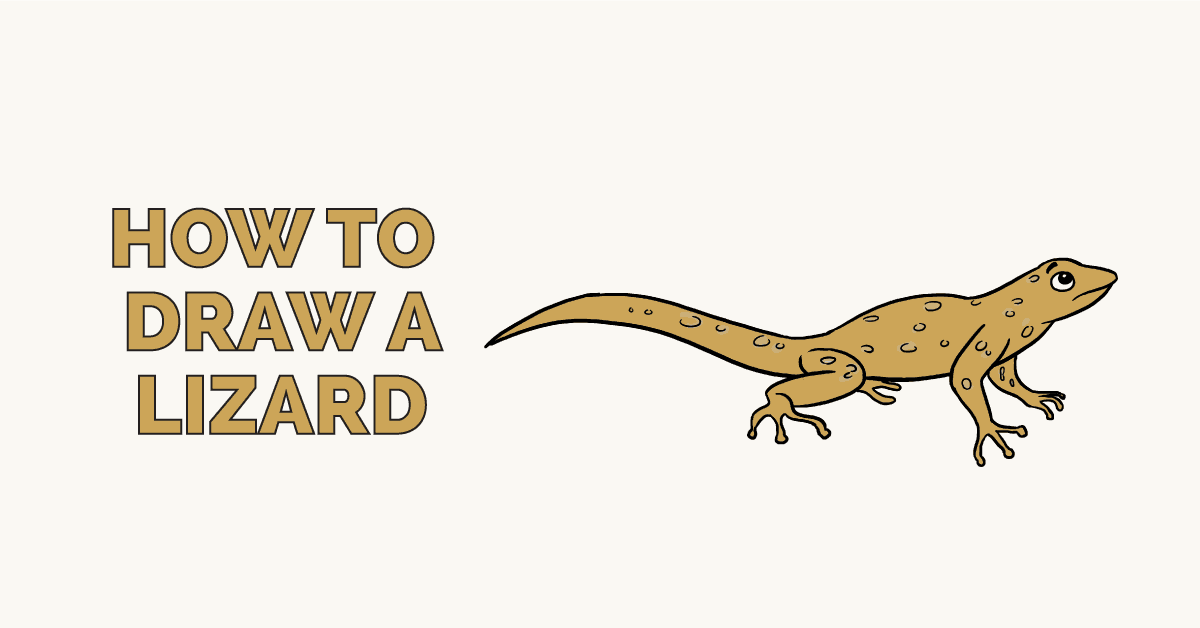 There are most than 5,500 species of lizards scattered across every continent except Antarctica. Lizards have scales, are cold blooded, and live in a variety of environments, from rivers to trees, and from tropics to deserts.

Did you know? Most lizards, such as geckos, are distinguished from snakes by their legs. There are legless lizards, however. These are called glass lizards, because their tail breaks into many pieces when threatened by a predator. This occurs so that the predator is distracted by the tail and the living lizard can escape.

Lizards have appeared in art since ancient times. According to aboriginal myths of Australia, a lizard god gave people the ability to make art.

Lizards are often kept as pets, and personified lizards appear in popular culture. For example, the Lizard is a fictional super-villain of the Spider-Man franchise. A chameleon starred in the 2011 animated film Rango.

​Would you like to draw a lizard? This easy, step-by-step drawing tutorial is here to help. All you will need is a pencil, an eraser, and a sheet of paper. You may also wish to color your finished drawing.

If you liked this tutorial, see also the following drawing guides: Rocks, River, and Desert.

​Step by Step Instructions for Drawing​​​ ​a Lizard

2. ​​Next, connect the body and head by drawing the neck. Use two curved lines. Then, detail the lizard's face. Form the nose and upper part of the mouth using a "U" shaped line. Then, extend another curved line below the nose, forming the lower jaw and overlapping the line of the neck.

3.​ ​Draw the lizard's long tail. Use a pair of long, curved lines, loosely "S" shaped, and allow them to meet in a sharp point.

4. ​​​​​​​​​​Erase the guide lines from the head and tail, leaving a clean outline of the lizard. It should look very much like a snake with a bulging belly.

5.​​ ​​​​Extend a pair of lines downward from the base of the neck, crossing outside the body. Notice the bend that forms the lizard's elbow. Draw the toes by extending three sets of parallel lines from the foot, with the toes meeting in "V" shapes at the base. Enclose the ends of the toes using small circular shapes.

6.​ ​​​​​​​​​​​​​​Draw the far front leg. Extend two curved lines from the lizard's chest, just in front of the other legs. Use pairs of parallel curved lines to form the toes, enclosing the tips using small circular shapes.

7. ​​​​​Begin the rear leg by drawing a backwards "C" shaped line near the base of the tail. Use curved lines to complete the other side of the leg, then extend pairs of curved lines to enclose the toes. Draw a rounded, circular shape at the tip of each toe.

9. To form the eye, draw three successively smaller circles, one within the other. Indicate the pupil by shading between the two smallest pupils. Near the rear leg, sketch toes just below the belly to indicate the presence of the far leg. Finally, detail your lizard with scales by drawing small, open circles and ovals across its body!

10. Color your lizard. The lizard in our example is brown, as are many desert dwellers. Other lizards, however, can be a multitude of colors - green, black with yellow stripes, or even red!

Where will your lizard live? We can help you give him a home by teaching you to draw rocks, deserts, rivers, and grass. If he needs a friend, check out our animal drawing guides.

The Complete Lizard Drawing Tutorial in One Image

How to draw: Lizard - all drawing steps 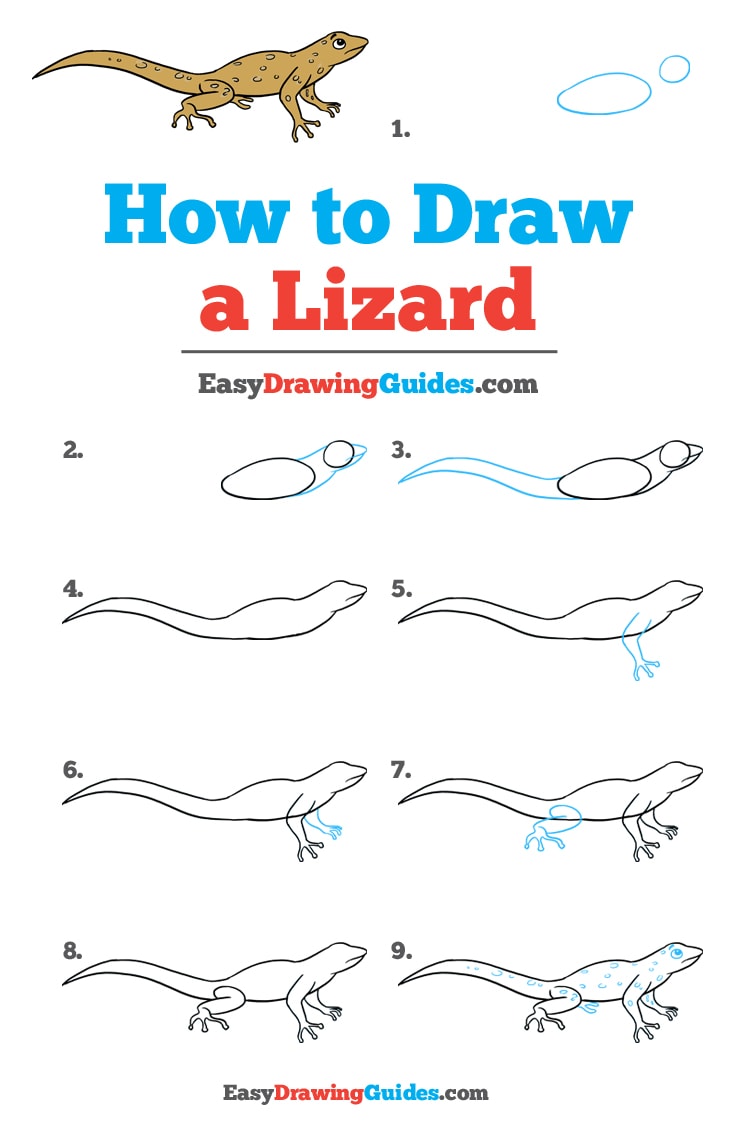