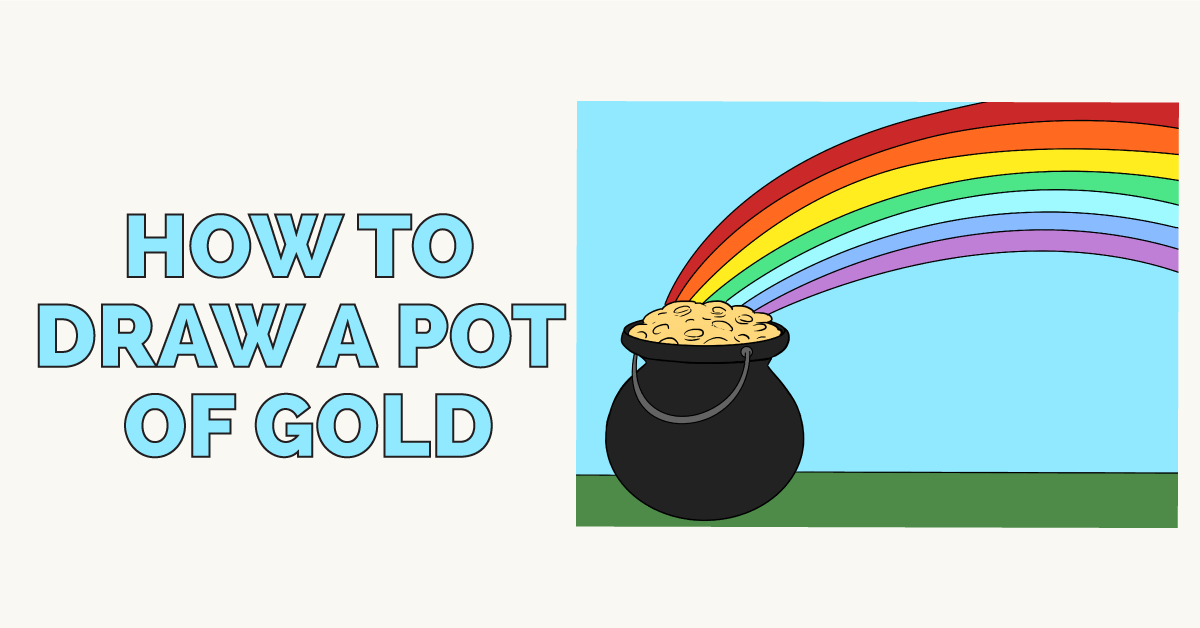 In Irish mythology, small creatures called leprechauns are said to hoard pots of gold. From where does the gold come? According to Irish poet William Butler Yeats, the gold is found in the "treasure crocks" in which it was "buried of old in war-time." Presumably, the leprechauns acquire the riches when the owners do not return from war.

According to some legends, a leprechaun might share some of his wealth in return for his release, if you are able to catch him. Like a fairy, though, leprechauns were said to have the power to vanish if you took your eyes off them, even for a moment. In others, the end of the rainbow marks the spot where the treasure is hidden. If you could reach the end of the rainbow, you could claim the treasure for yourself.

Have you ever tried to find the end of the rainbow? If so, did you notice that no matter how close you got, it moved ever farther? This is due to the nature of the atmospheric phenomena.

In order to see a rainbow, light must pass through raindrops. It is bent at a certain angle. You must be a certain distance from the raindrops in order to perceive the bent light; that is why each step towards a rainbow's "end" seems to carry the rainbow a step farther away.

In popular culture, images of leprechauns with their pots of gold are often seen as decorations for St. Patrick's Day, a holiday that commemorates all things Irish. "Lucky Charms" cereal also uses this motif; commercials and cereal boxes depict children trying to steal a marshmallow treasure from a leprechaun named Lucky.

Would you like to draw a pot of gold? Doing so is easy with the help of this simple, step-by-step drawing tutorial. All you will need is a pencil, a sheet of paper, and an eraser. You may also wish to use markers, crayons, or other implements to color your finished drawing.

If you liked this tutorial, see also the following drawing guides: Leprechaun, Shamrock, and Cross with a Rose.

​Step by Step Instructions for Drawing ​a​ ​Pot of Gold

1. Begin by drawing a flat, horizontal oval. This will form the opening of the pot.

2. Beneath the oval, draw a curved line from one side to the other, enclosing the pot's brim.

3. Draw a circle, allowing its tops to overlap the brim.

4. Draw a curved line on each side of the pot, connecting the circular base to the brim.

5. Erase the guide lines from the pot.

6. Draw a wavy, curved line across the top of the pot. This indicates the gold coins inside. Then, draw small half circles and curved lines, indicating the individual coins.

How to Draw Dogwood Flowers

8. Draw a handle on the pot. Do so by drawing two long, "U" shaped curved lines, parallel and very close together. The lines should end at the pot's rim. Enclose the end of the lines using a small circle. Erase guide lines as necessary.

9. Draw a straight line, the horizon line, passing behind the pot. This line is the boundary between the ground and sky. Then, draw a series of parallel curved lines extending from the gold in the pot. This forms a rainbow. If you wish to include all the color bands of a real rainbow, by sure to use eight curved lines.

10. Color your rainbow and pot of gold. What colors go inside a rainbow? From the top, they are red, orange, yellow, green, blue, indigo, and violet.

If you liked this drawing guide, be sure to check out our rainbow drawing tutorial.

The Complete Pot of Gold Drawing Tutorial in One Image

How to draw: Pot of Gold - all drawing steps 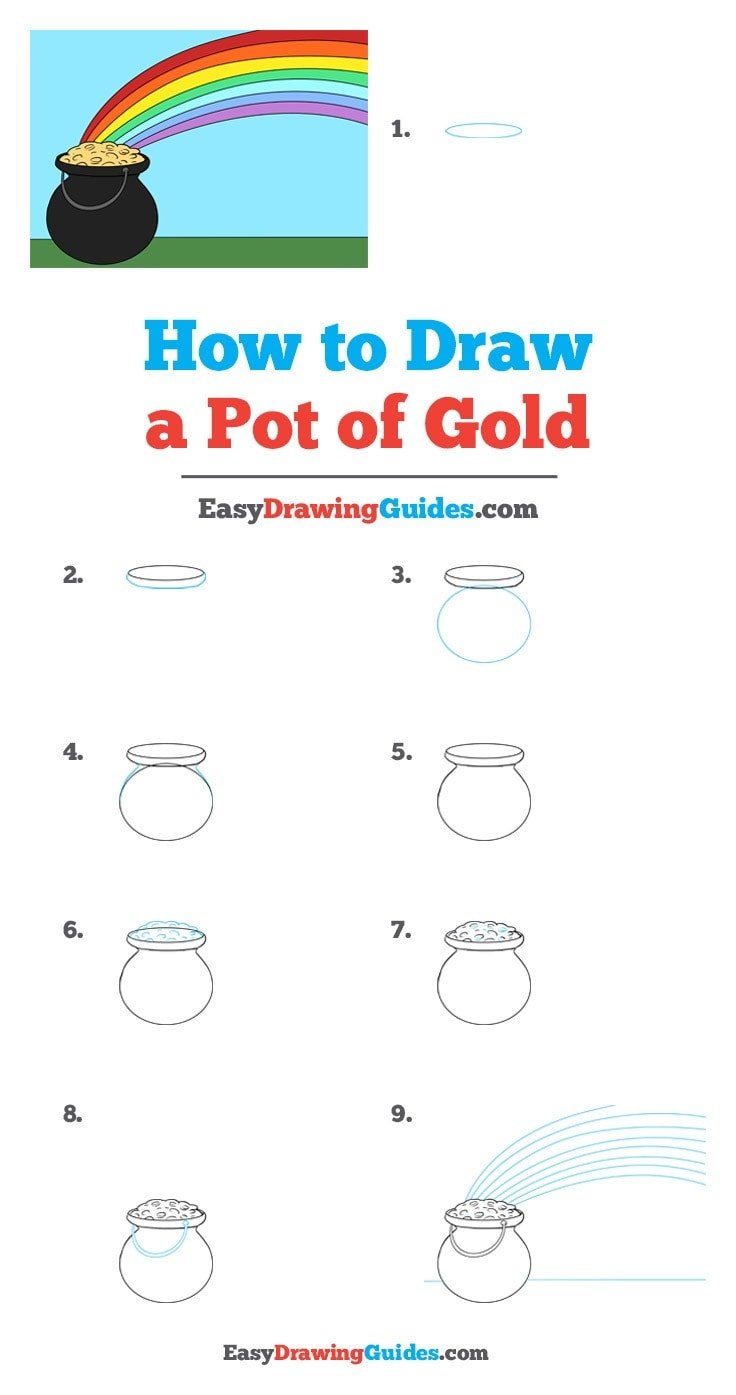