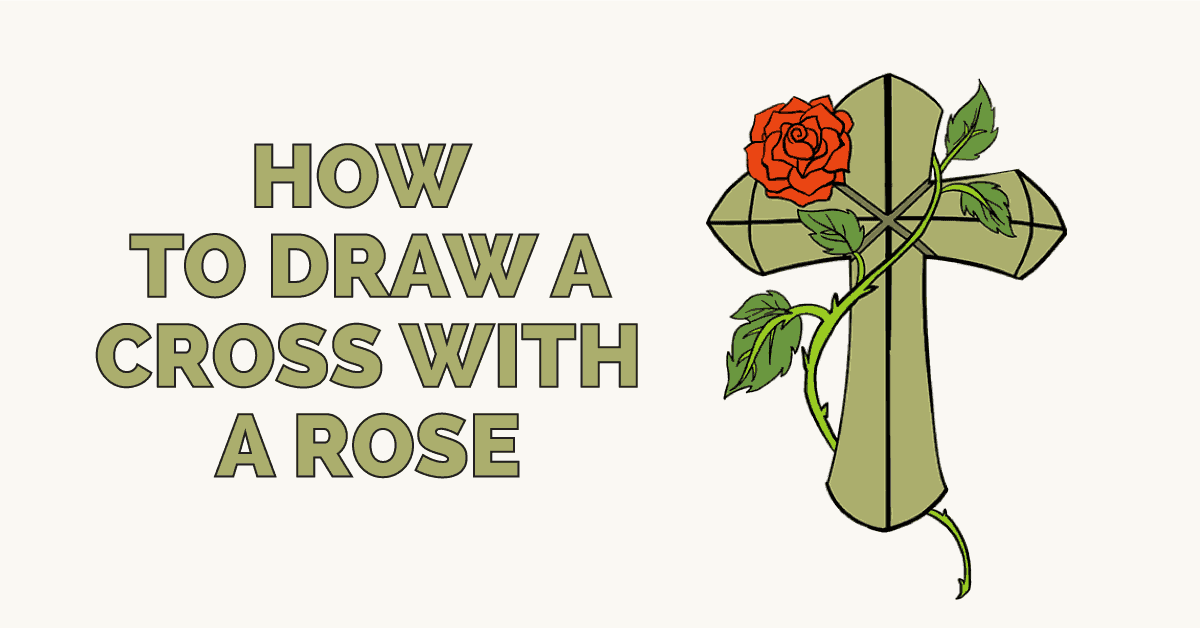 According to the Encyclopaedia Britannica , the cross is "the principal symbol of the Christian religion." Millions of people wear a cross on a necklace or employ the cross in body art or to decorate their homes, vehicles, or clothing.

The cross as a symbol has a long history spanning numerous non-Christian religions. Simple X or + marks are found in prehistoric cave drawings. In ancient Egypt, the cross-like ankh or crux ansata - translated "cross with a handle - was often depicted in the hand of the pharaoh or of various deities. It was used both as a fertility symbol and to represent life. W. E. Vine's Expository Dictionary of New Testament Words also notes that the cross or t was used as a symbol for the Chaldean god Tammuz.

For 300 years after the founding of Christianity, there is no historical evidence of the use of this symbol in worship. It came into popularity when promoted by Roman Emperor Constantine, between 306 and 337 A.D. Throughout the Middle Ages in Europe, the cross was used as a religious symbol. The design, for example, adorned the shields of knights and crusaders. The cross also appears in much of the religious artwork from the sixth century onward, appearing in paintings, on the cover and pages of religious texts, and in architecture, especially of churches.

Would you like to draw your own cross? The stylized cross in this easy, step-by-step drawing tutorial features a rose wound about it.

All you will need is a pencil, a piece of paper, and an eraser. Note that in each step, new lines are highlighted in blue, while lines drawn in previous steps are shown in black. At times, you will need to erase lines in order to complete the step. You may also wish to use colored pencils, crayons, markers, or paints to shade your finished drawing.

Step-by-Step Instructions for Drawing a Cross with a Rose 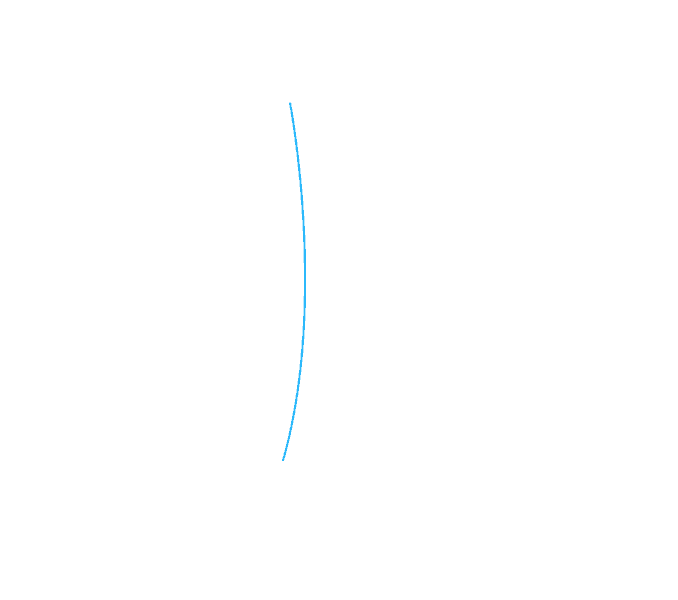 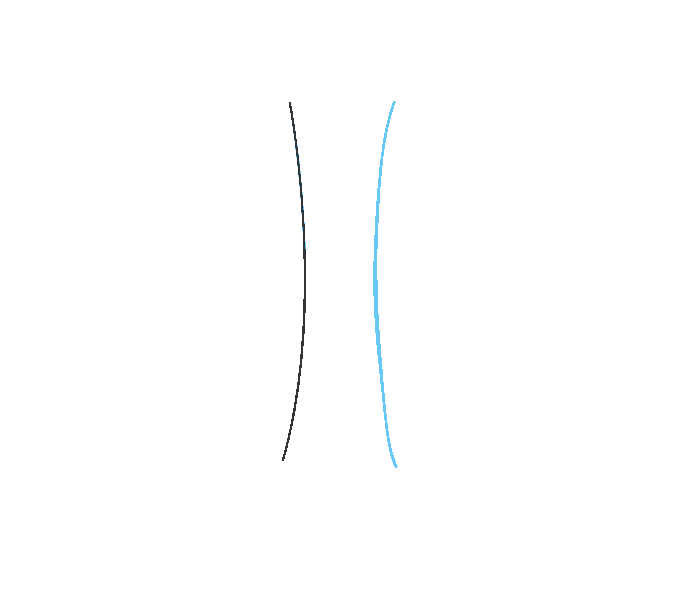 Draw a second vertical line, parallel to the first. These lines form the upright pale of the cross. 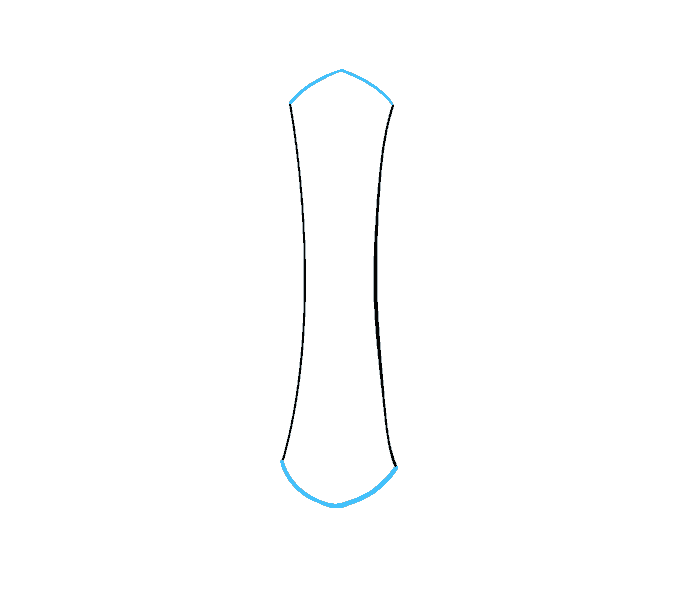 Connect each end of the pale using two short, curved lines that meet in a blunt point. 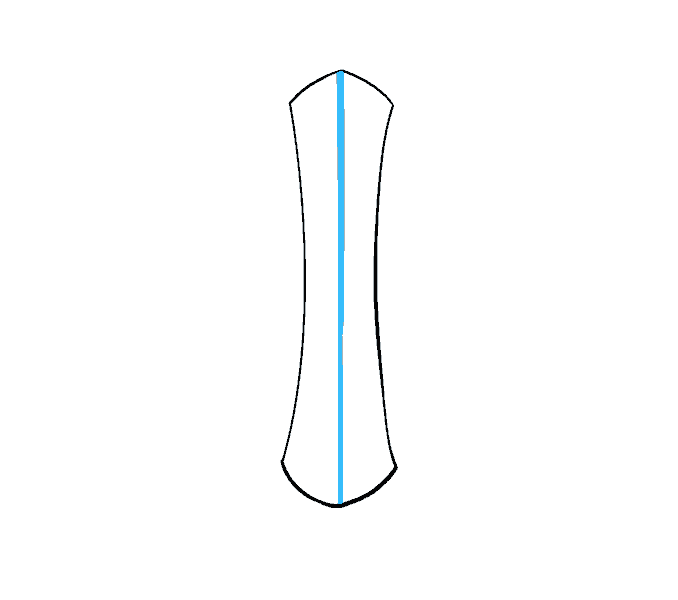 Draw a straight, vertical line through the center of the pale. 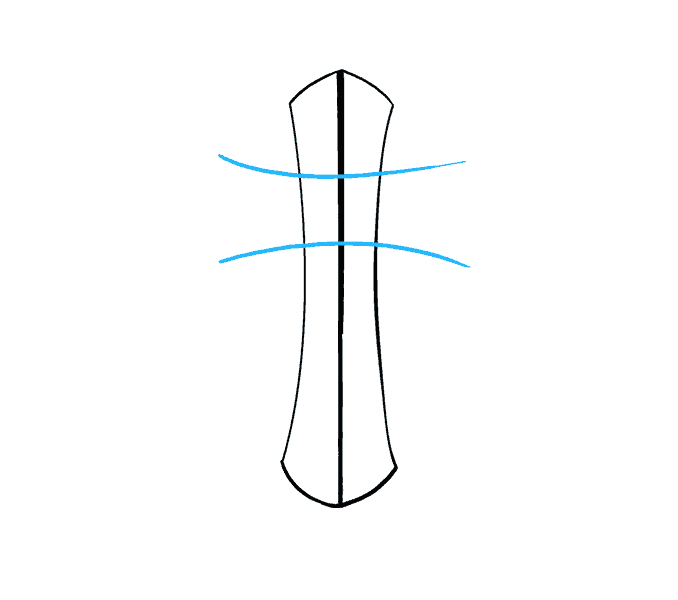 Draw two horizontal curved lines just above the center of the pale. These lines will form the crossbeam. 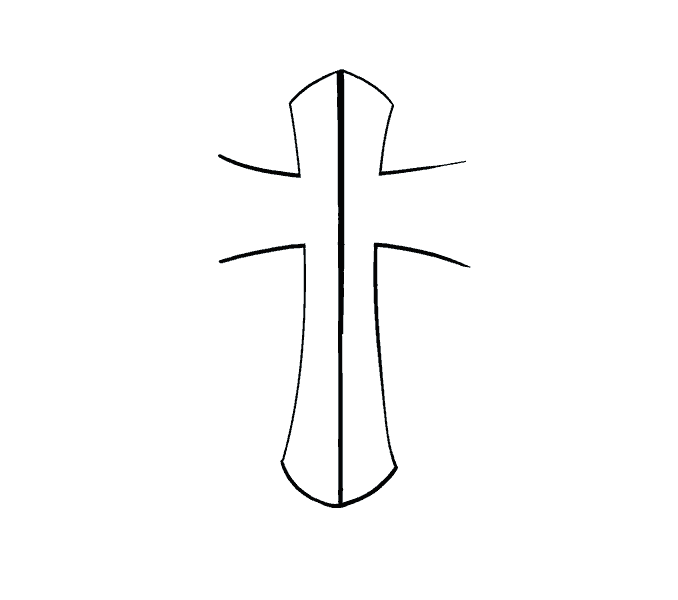 Erase the guide lines from the crossbeam. 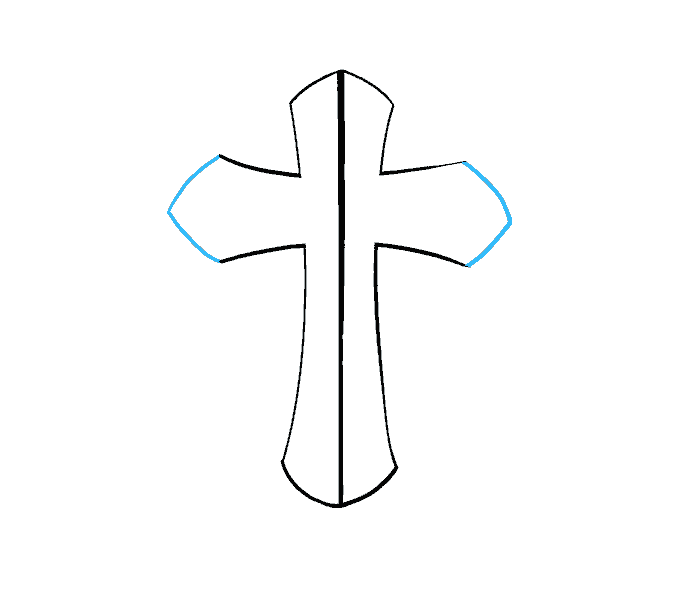 Connect the ends of the crossbeam using two short, curved lines for each, meeting at a point. 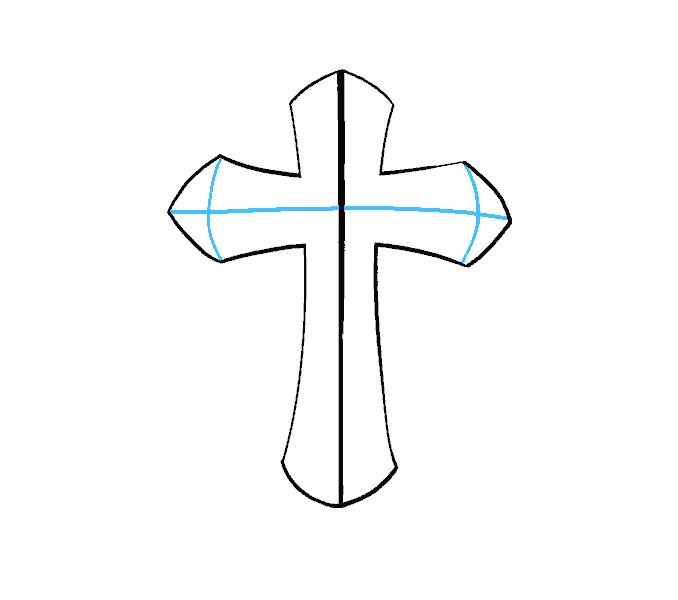 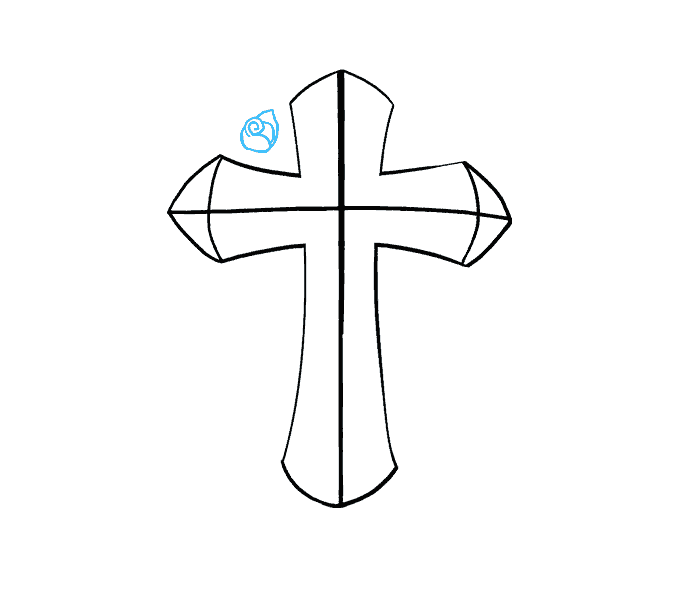 Draw a rosette or rose blossom beside the cross. Begin by drawing a spiral to form the center of the flower, with additional curved lines outlining the petals. 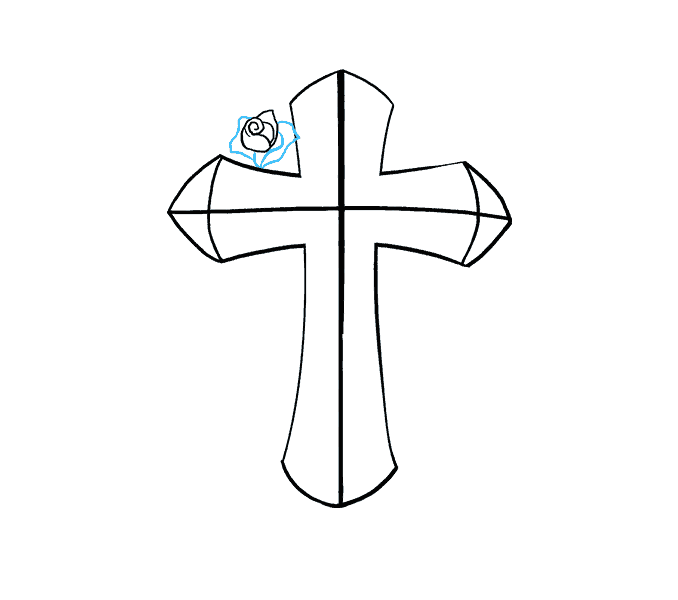 Draw additional curved lines around the flower, expanding it with more and larger petals. 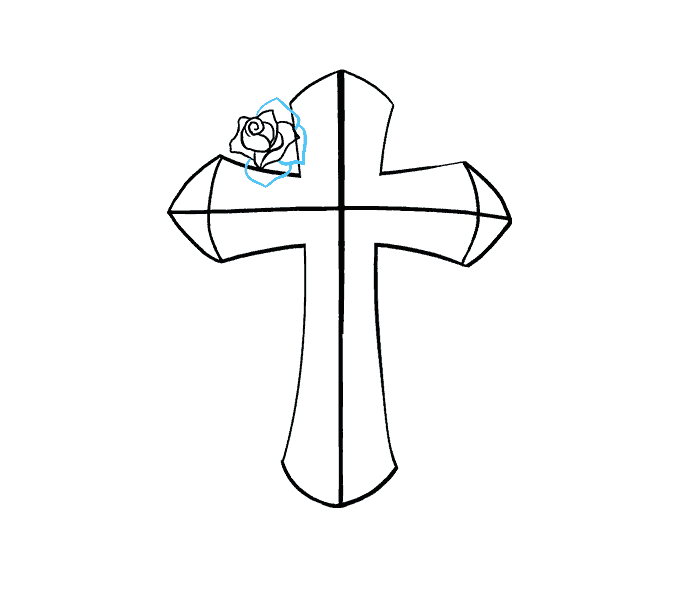 Draw more petals around the flower, allowing the curved lines to come to a point at the tip of each petal. 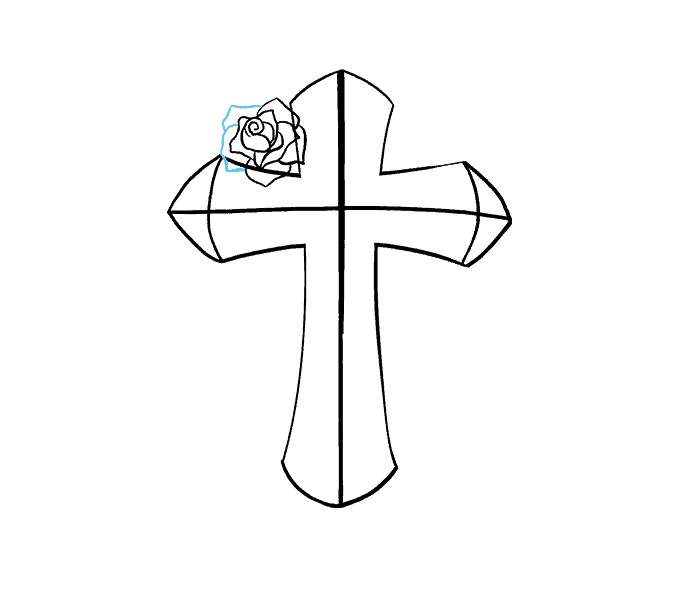 Repeat this process on the other side of the flower. 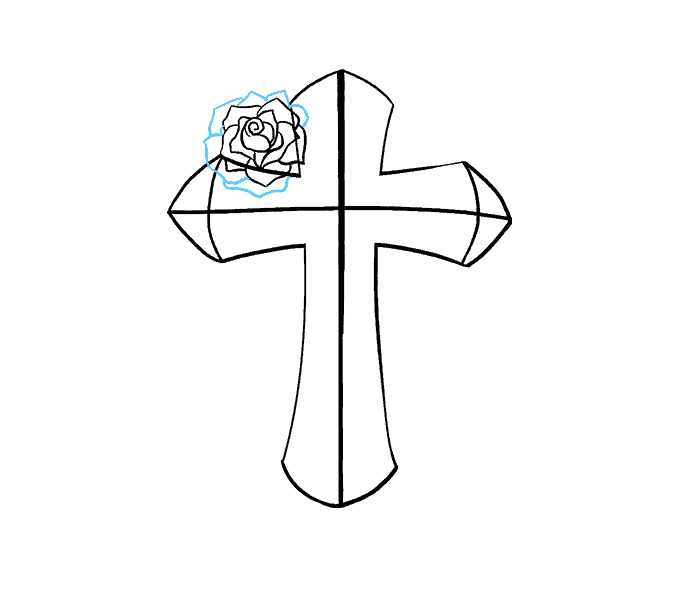 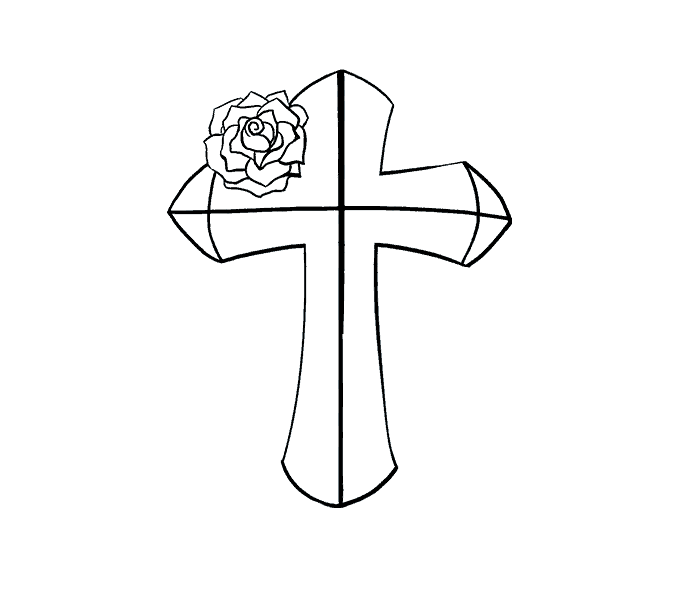 Erase the guide lines from where the rose overlaps the cross. 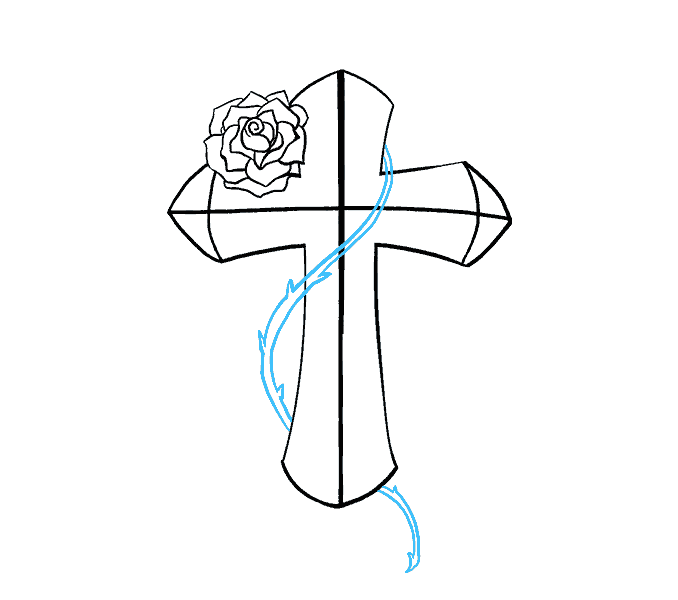 Draw a long, "S" shaped line spiraling about the cross. Draw a second line parallel to the first. Using short lines, draw thorns along this vine, allowing the lines to meet in sharp points. 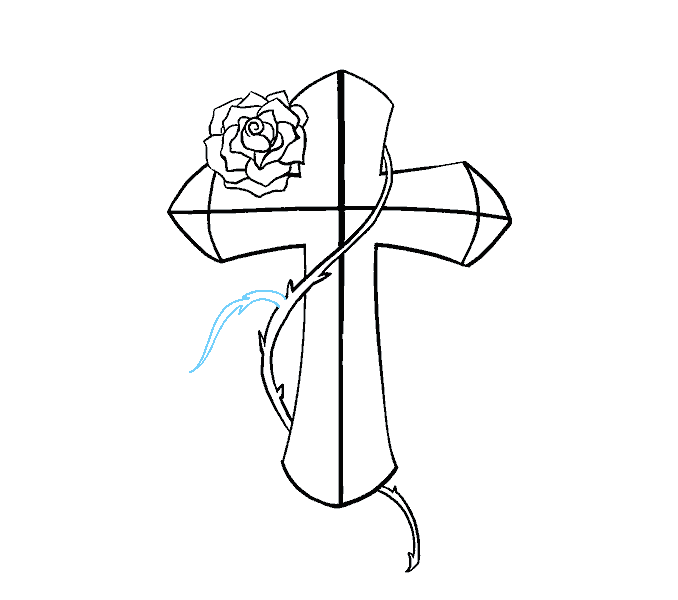 Erase the guide lines from where the vine overlaps the cross. From the vine, extend a series of connected, curved lines that meet at sharp points. This will form the vein of a leaf. 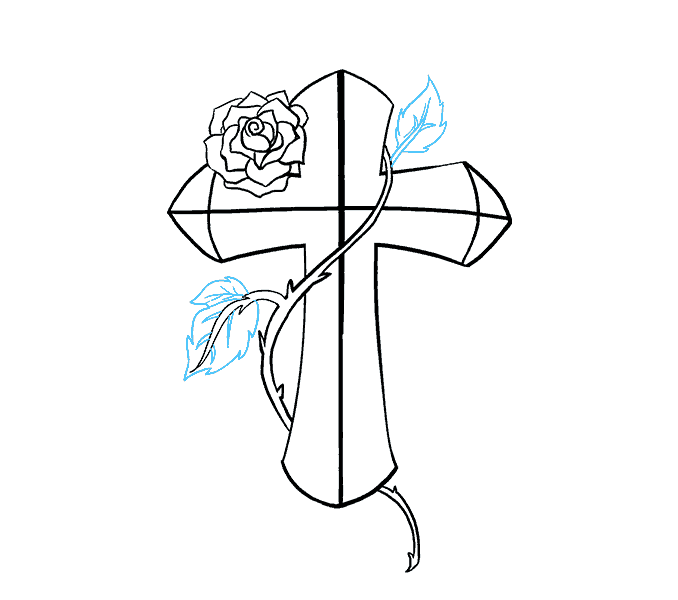 Draw a leaf around the vein using curved lines that meet at jagged points. Extend sets of pointed, curved lines from the leaf vein, detailing the leaf with additional veins. Draw a number of such leaves along the length of the vine. Repeat the process - central vein, leaf edge, and additional veins - to form each leaf. 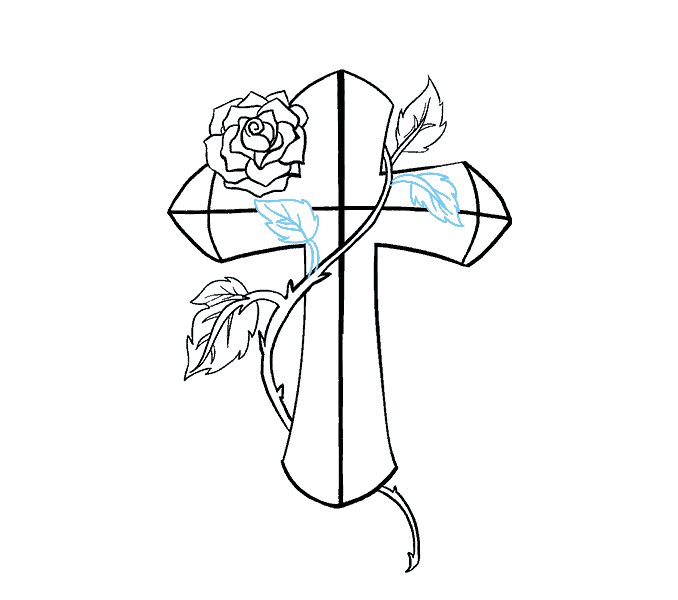 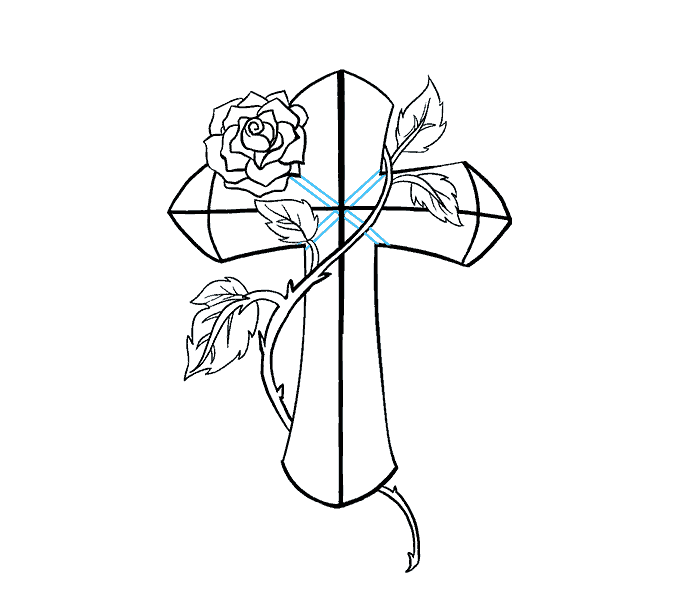 Draw two sets of parallel lines in an "X" shape in the middle of the cross. 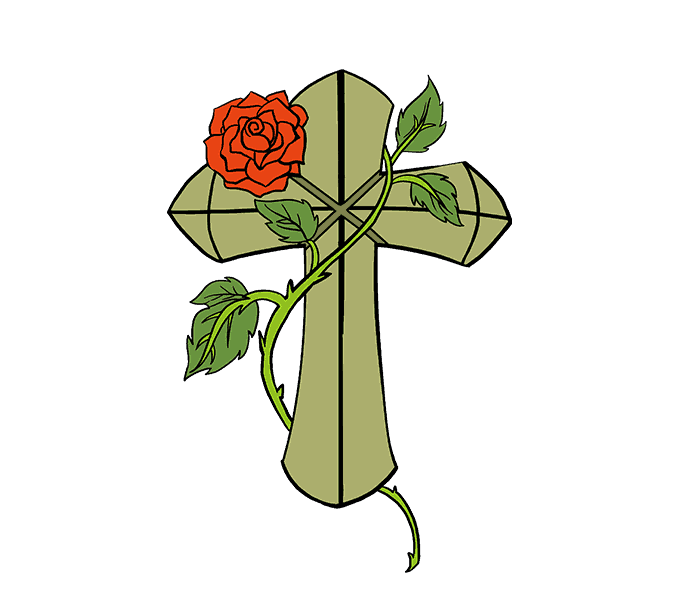 Color the rose and cross.