Skip to content
Easy Drawing Guides > easy, other, people > How to Draw Buddha 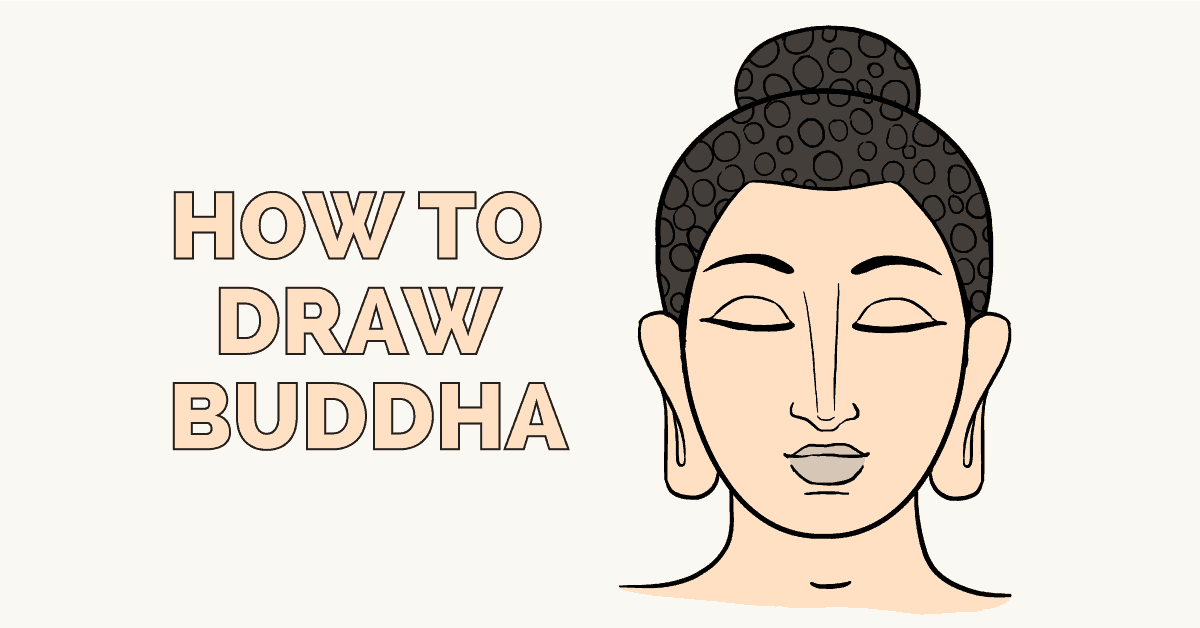 Who is Buddha? Is he just a chubby statue that you see in some restaurants? Actually, he was a real person. He was born sometime between the years of 600 and 400 B.C.E. in what is now Nepal.

The term "Buddha" is not a name. It is a title that means "awakened one;" his actual name was Gautama. He traveled across Asia, seeking enlightenment and the meaning of life. His followers continued to spread his teachings, and this became the religion known as Buddhism.

Would you like to draw Buddha? This easy, step-by-step drawing tutorial is designed to help you do just that, using simple shapes and lines. All you will need is a pencil, a sheet of paper, and an eraser. You may also wish to color your finished drawing.

1. ​Begin by drawing an oval. This will help you to shape the top of the Buddha's head.

2. ​​​​​​​Beneath the oval, enclose another ovular shape using a long, curved line. This forms the lower portion of the Buddha's face.

3. ​Erase the guide line between the two figures.

4. ​​​​​​​​​​​​Sketch in the Buddha's hair. To do so, draw short, curved lines connecting the outside of the ovular forms, encasing the area where the two ovals met. Then, draw a long, curved line connecting those two points on the inside of the figure. Notice that the line is loosely shaped like the letter "M."

6.​ ​​Draw the ears. enclose the ears using a set of overlapping curved lines. Erase guide lines as necessary. Within the ear, enclose a narrow teardrop shape.

7. ​Detail and texture the hair. Do so by drawing small circles of various sizes. According to some legends, this texture isn't hair at all, but tiny snails that covered the Buddha's head to keep him cool while he meditated in the hot sun.

8.​​​ ​Extend two curved lines downward from the head, forming the neck. Note how the lines curve outward in opposite directions. Detail the contour of the throat using a short, curved line.

10. ​Color the Buddha. Statues of Buddha may be made of shining gold, or they may be of stone - grey, brown, or even covered with green moss.

Don't forget to check out our other fun drawing guides, such as animals and plants.

The Complete Buddha Drawing Tutorial in One Image