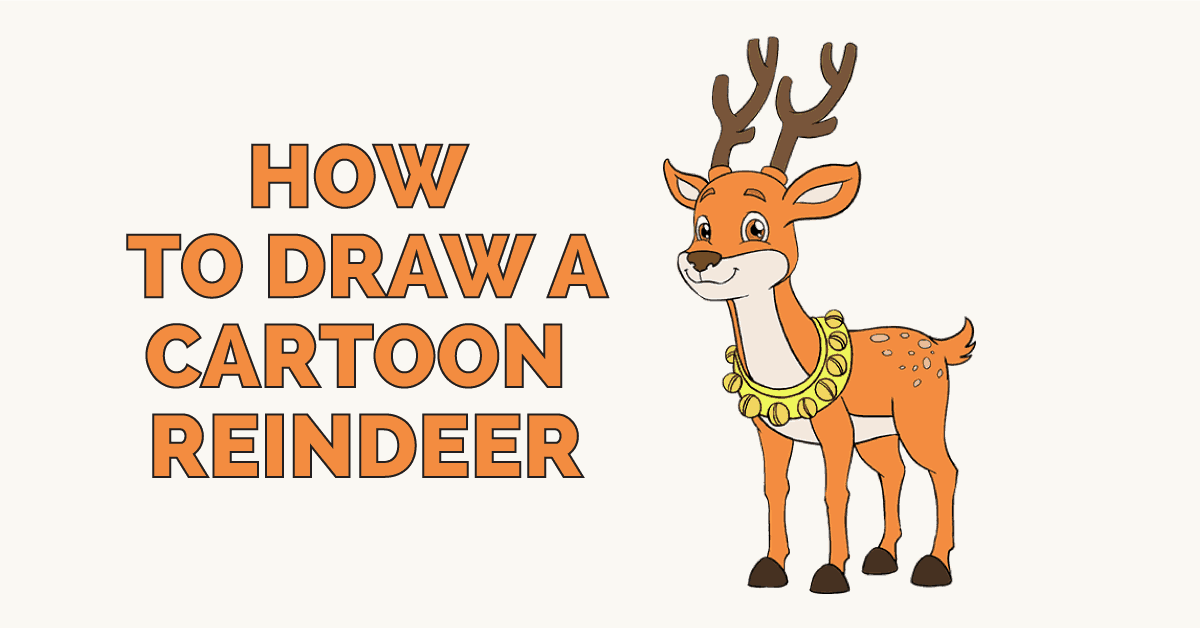 Do you recall the most famous reindeer of all?

Reindeer are often associated with the Christmas holiday. Santa's sled is said to be pulled by a team of eight reindeer - Dasher, Dancer, Prancer, Vixen, Comet, Cupid, Donner, and Blitzen.

These were first named in the 1823 poem, "The Night Before Christmas." The story of Rudolph the Red-nosed Reindeer, "the most famous reindeer of all," was published in 1939, and immortalized in film in 1964.

Did you know that reindeer are a real type of animal? Also called caribou, this deer species lives in the subarctic northern reaches of Europe and North America.

In some places, indigenous peoples herd or farm caribou for meat, milk, and hides.

They are also used to pull carts or sleds.

Real reindeer, however, are unable to fly through the night sky.

Would you like to draw your own reindeer? Doing do is easy with the help of this simple, step-by-step drawing tutorial.

All you will need is a pencil and a piece of paper. New lines are added in each step, highlighted in blue, while previously drawn lines fade to black.

You may also want to have an eraser handy to correct mistakes or remove guide lines.

Use colored pencils, markers, crayons, or paints to shade your finished drawing. Will your reindeer have a red nose like Rudolph? The choice is up to you.

Step-by-Step Instructions for Drawing a Reindeer 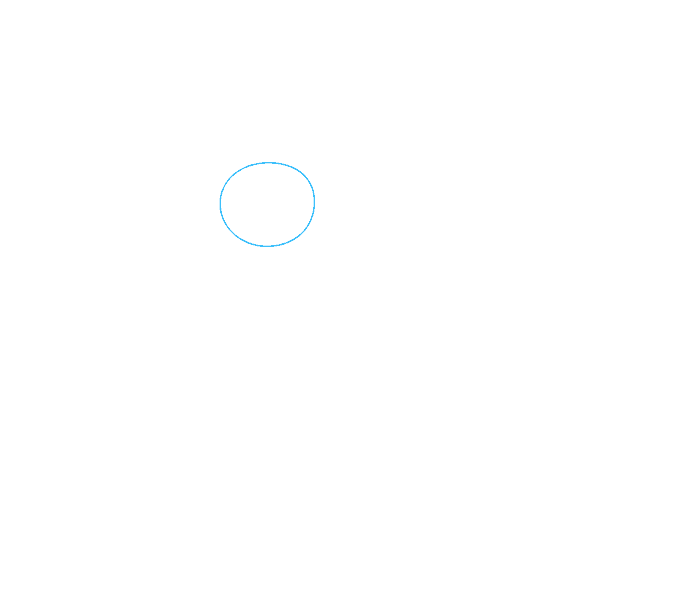 Begin by drawing a circle to outline the reindeer's head. 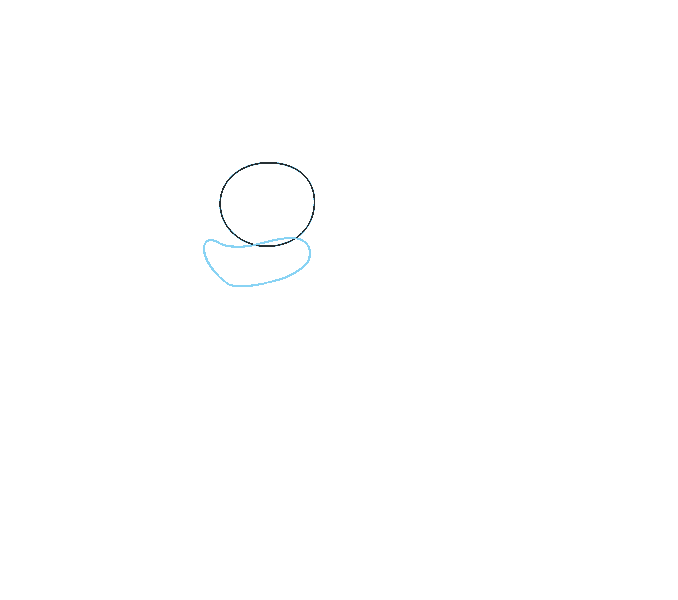 Enclose an irregular shape overlapping the circle to outline the snout. 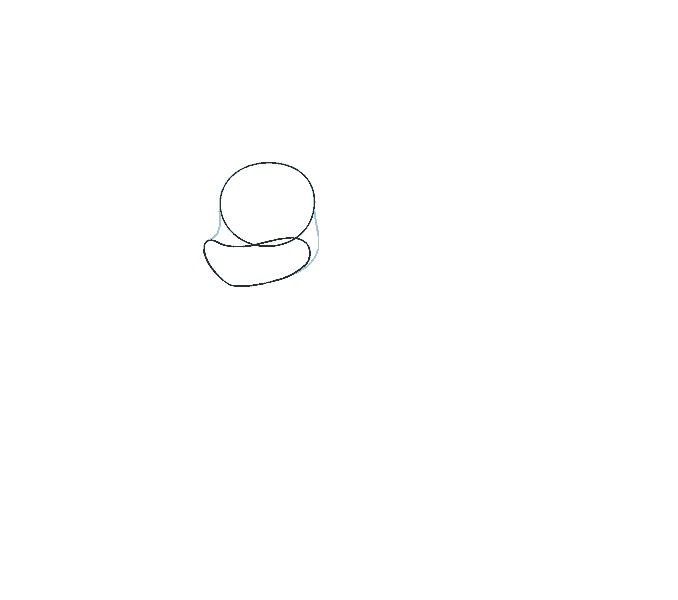 Connect the head and the snout using short, curved lines. 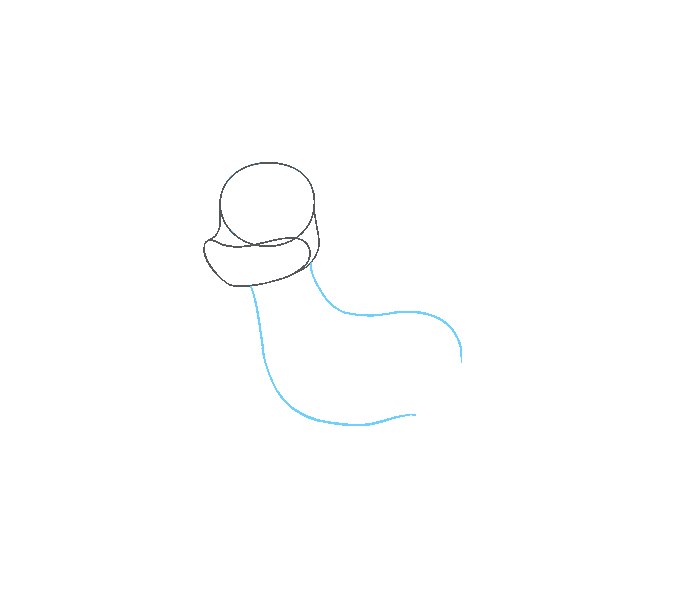 Extend two long, curved lines beneath the head, outlining the shape of the body. 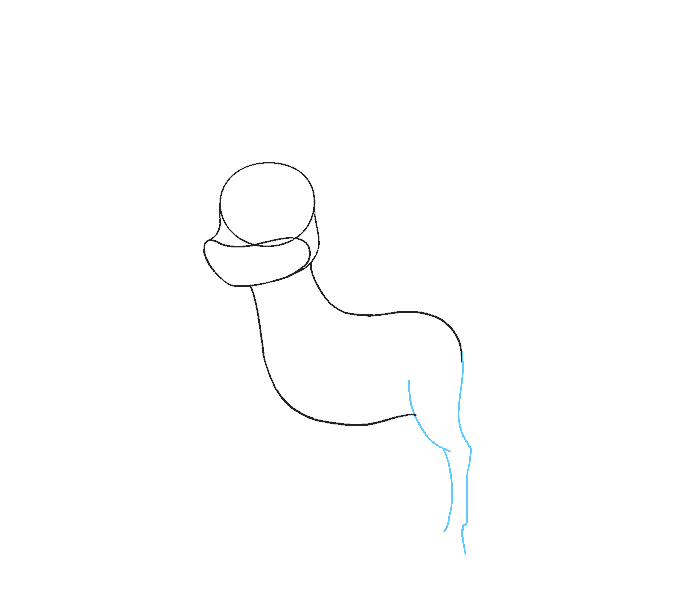 Draw the leg using a series of curved lines. Notice how the lines are farther apart at the top of the leg. Also note the bend of the knee and the curvature of the ankle. 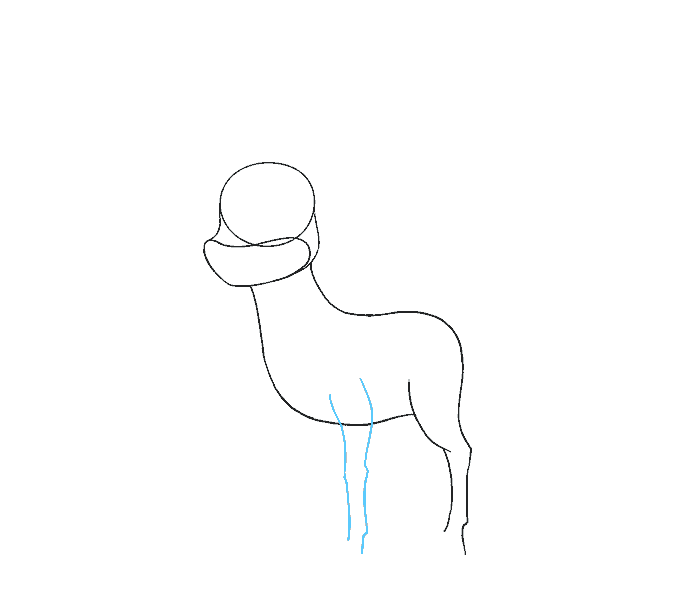 Draw another leg using curved lines, again noting the sharpness of the knee and ankle joints. 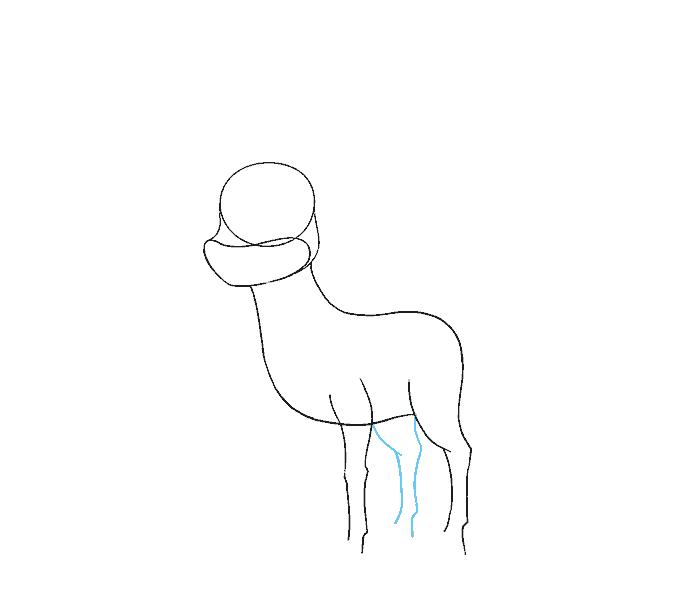 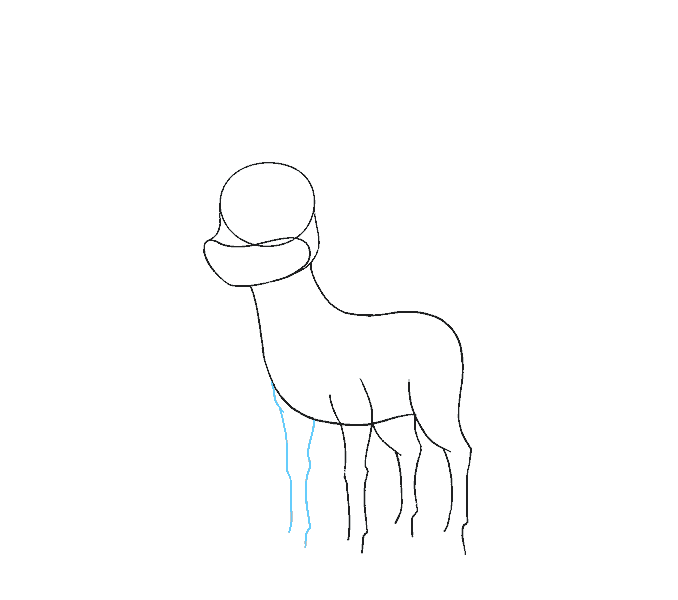 Draw the far front leg, again noting the curvature of the lines around the knee and ankle. 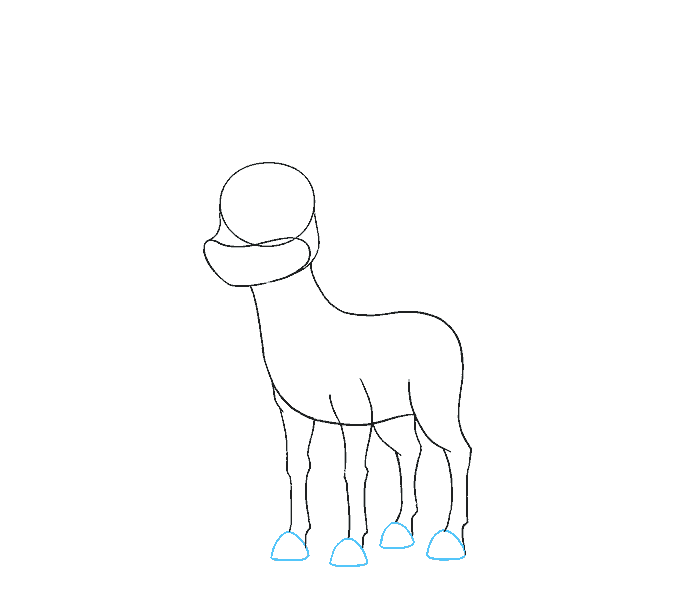 Draw the hooves by enclosing a rounded, triangular shape at the bottom of each leg. 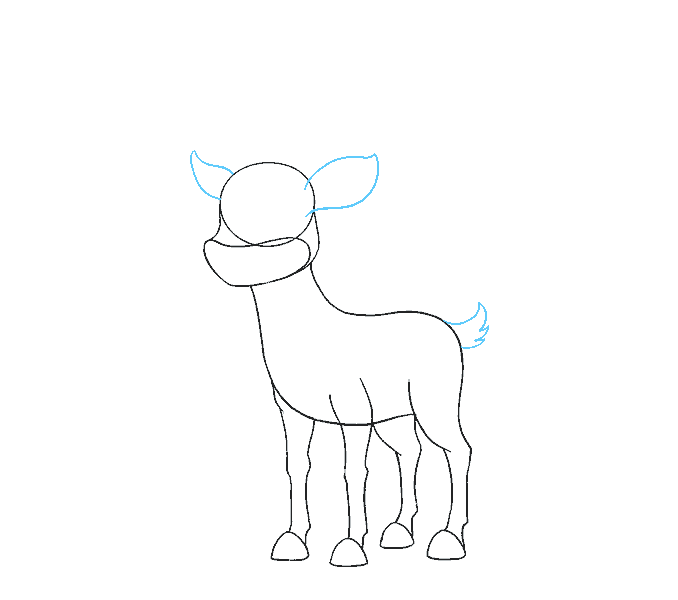 Draw the ear by extending two curved lines from each side of the head. Allow the lines to meet in a point. Then, draw a curved line to form the top of the tail. Enclose the tail using a series of short, curved lines that meet in jagged points. 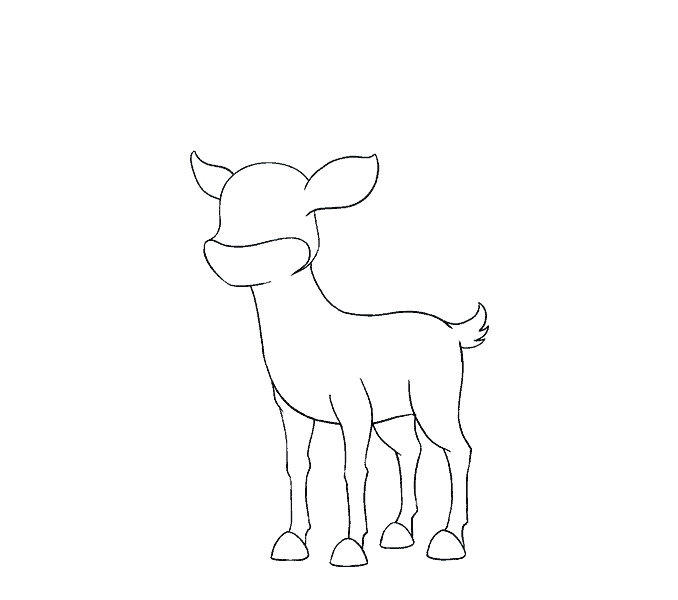 Erase guide lines from the face, tail, and legs. 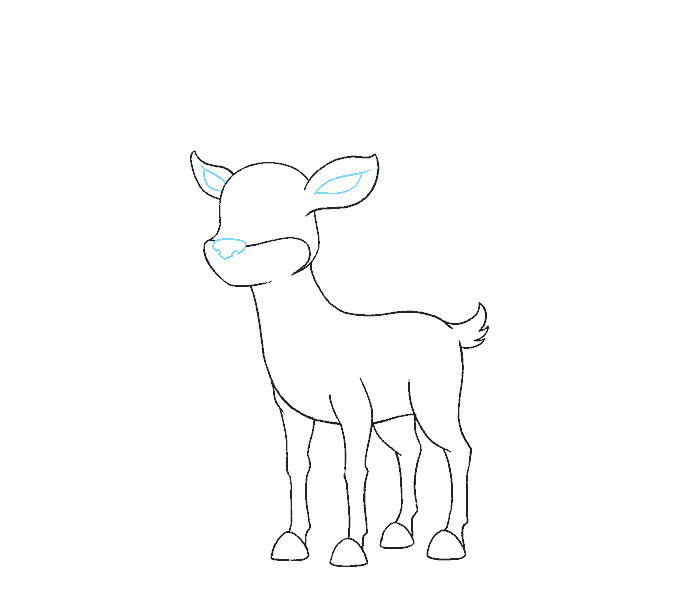 Within each ear, enclose a shape using two curved lines. This will add depth to the ear. Draw the nose using a series of curved lines. The nose should be shaped roughly like a rounded, upside down triangle, with depressions for the nostrils. 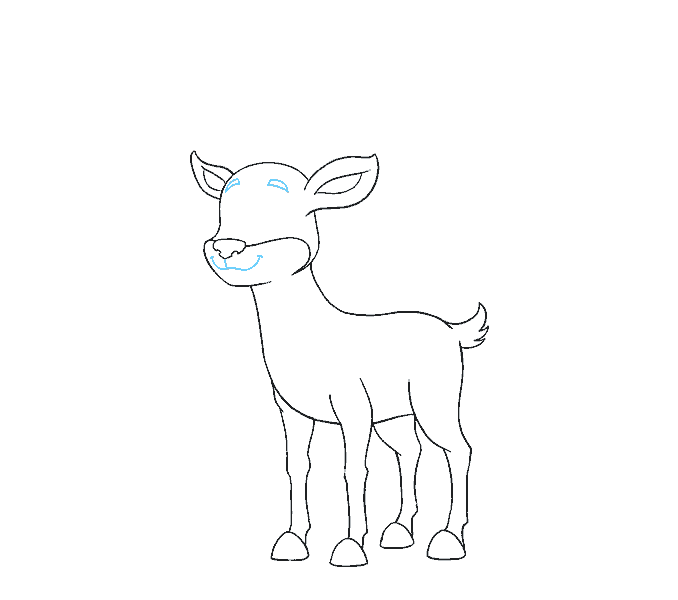 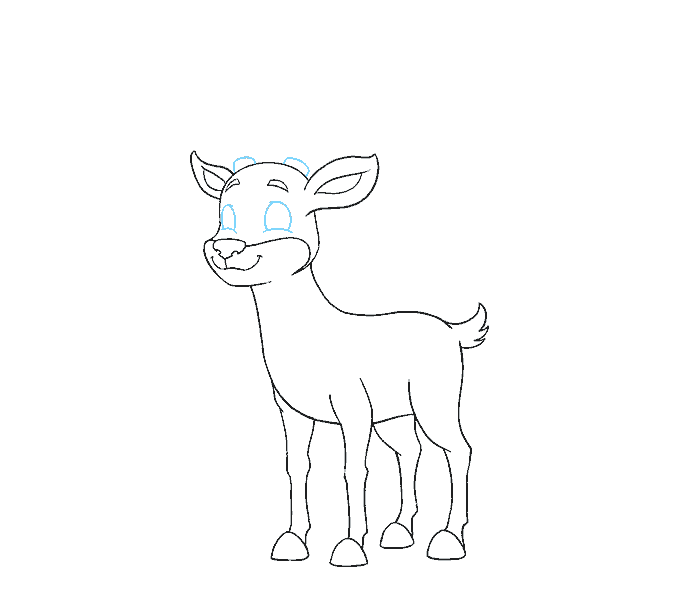 Enclose the base of the antlers on top of the head using two curved lines. Then, draw two curved lines on the face to form the bottom of the eyes. Complete the eyes by enclosing an oval shape above each curved line. 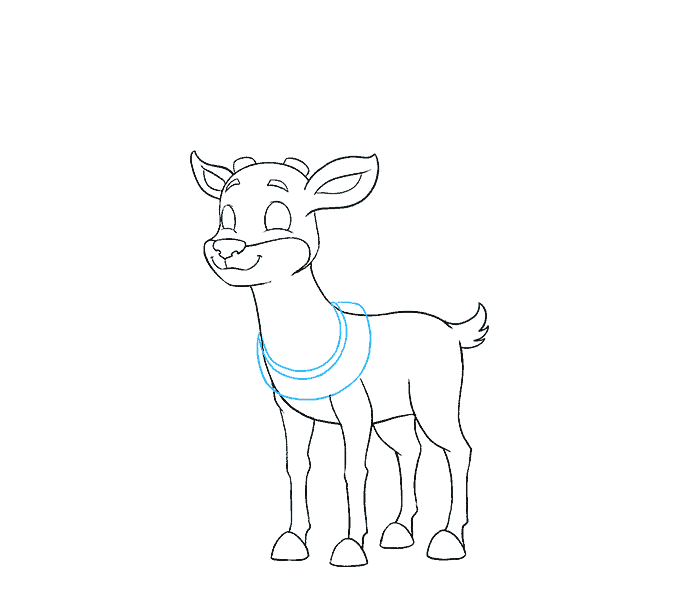 Draw three curved lines around the neck, meeting at a point on one side and connected by a slightly curved line on the other. This forms the reindeer's harness. 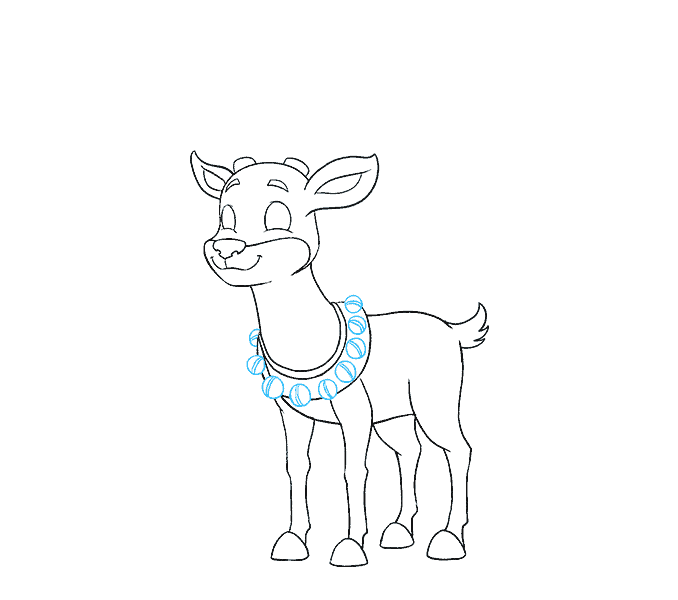 Draw circles all around the harness, erasing guide lines as necessary. Draw two slightly curved lines down the center of each circle. These are the jingle bells. 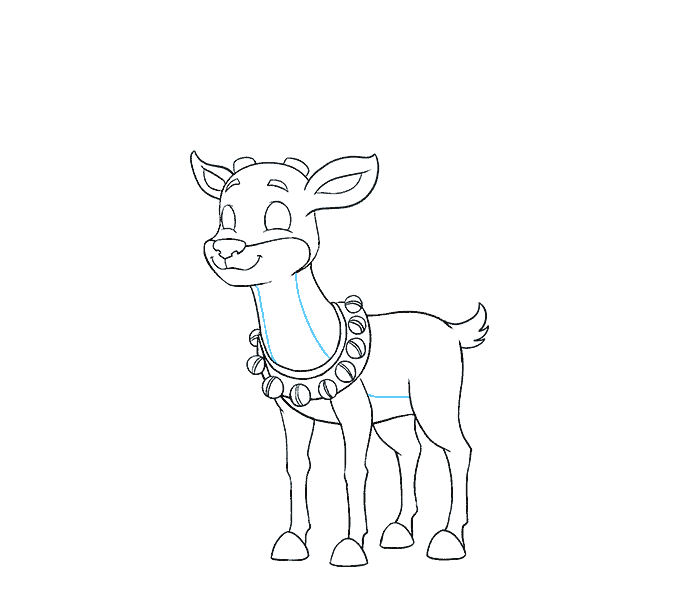 Draw two curved lines down the deer's neck, and another on the belly between the near legs. 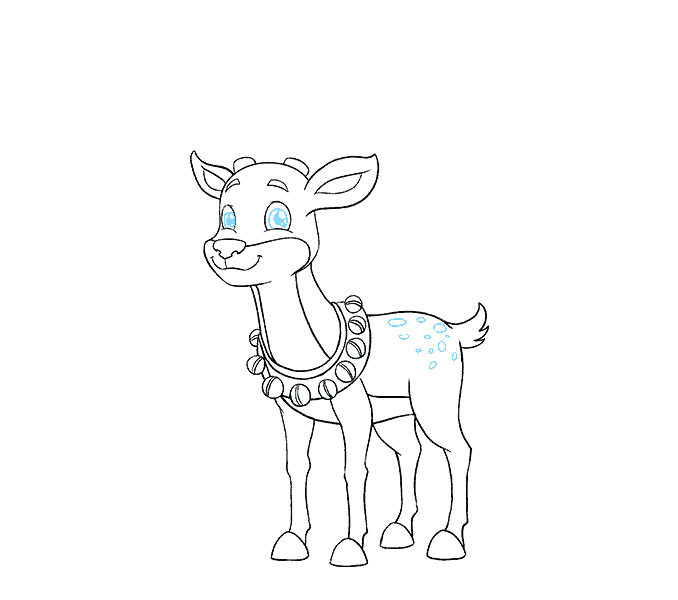 In each eye, draw a circle with multiple circles inside it. Shade the innermost circle. Draw irregular circles and ovals on the animal's rump to form spots. 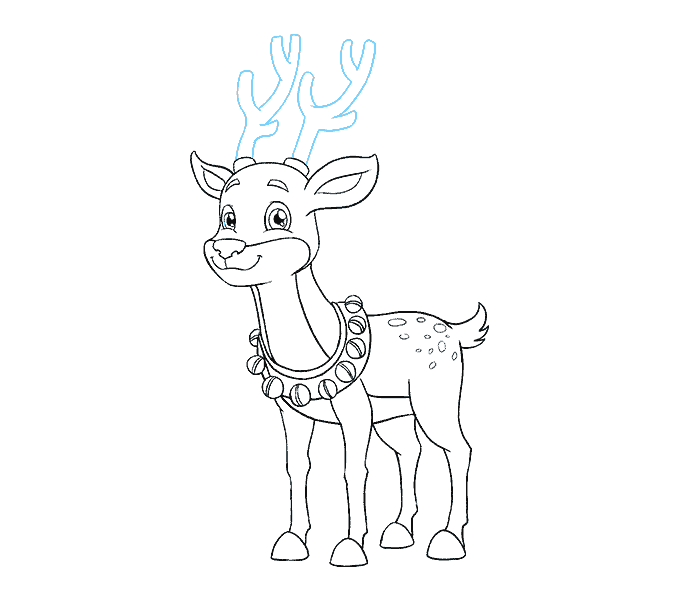 Draw curved lines extending upwards from the base of each antler. Draw pairs of lines branching outward, like the branches of a tree. Enclose each set of lines using a short, curved line, completing the antlers. 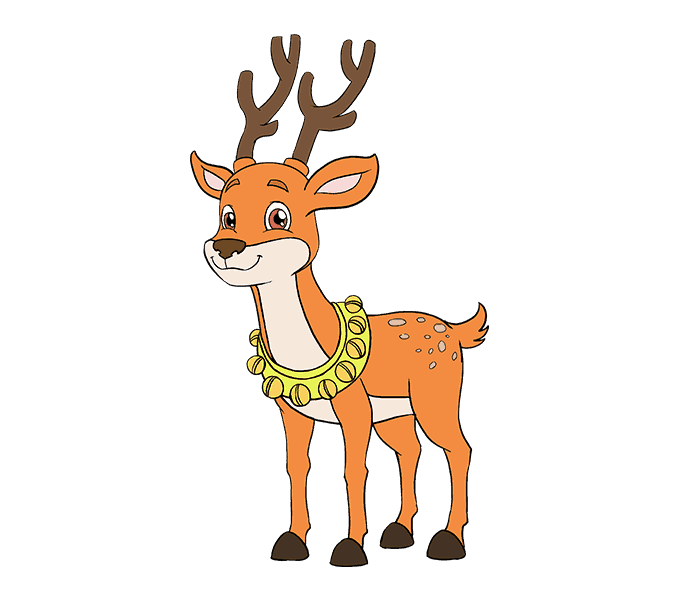