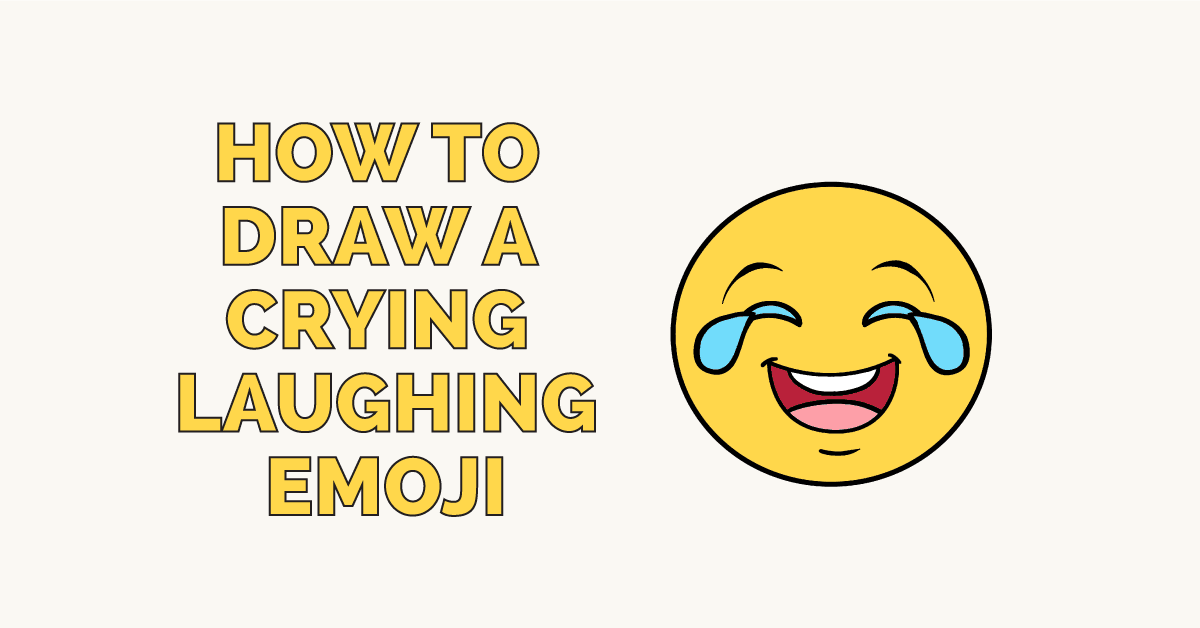 Emojis - small cartoon characters that illustrate emotions or common objects - are abundant. Since 1999, we've used emojis to add flavor to our text messages and emails. They are featured on branded products, such as t-shirts, buttons, and school supplies. In 2017, they even starred in their own movie.

The first smiley face designs date back thousands of years. Patterns resembling a smiley face can be seen on a clay pot that may be 4,000 years old. In past centuries, smiley faces were at times drawn on correspondence. A poem published in 1648 even includes a smiley emoticon consisting of a colon and parenthesis - :).

The modern yellow smiley face was developed in the 1960s, and has since taken on numerous forms and uses - including the ubiquitous emoji. The original emoji "alphabet" had 180 different characters, but has since grown to include cultural items from around the world. When a smile alone just isn't enough, there's the tears of joy emoji.

In 2015, the "face with tears of joy" emoji was named Word of the Year by Oxford Dictionaries, as it had become the most popular emoji across the globe. Said the company's president: "Traditional alphabet scripts have been struggling to meet the rapid-fire, visually focused demands of 21st century communication. It's not surprising that a pictographic script like emoji has stepped in to fill those gaps - it's flexible, immediate, and infuses tone beautifully."

Would you like to draw an emoji that is laughing so hard it is brought to tears? Doing so is easier than ever with the help of this simple, step-by-step drawing guide. You will need only a sheet of paper, a pencil, and perhaps an eraser. You may also wish to color your finished character.

If you liked this tutorial, see also the following drawing guides: Happy Face Emoji, Tongue Out Emoji, and Wink Emoji.

​Step by Step Instructions for Drawing​ a Crying Laughing Emoji

2. ​​​​Draw the squinting eyes of the emoji. For each eye, draw two curved lines, connected on each end at a sharp point. The eyes should resemble crescent moons turned on their sides.

3. ​Next, draw the eyebrows by placing a curved line above each eye. Notice how the line is slightly thicker in the middle.

4. ​​​​​​​​​Draw a large teardrop shape at the corner of each eye. Allow the pointed tip of the teardrop to overlap the corner of the eye. Erase guide lines as necessary.

5.​​ ​​​Use two long, curved lines to enclose the laughing mouth. The bottom line should be "U" shaped, and the mouth should resemble a half circle. Using a curved line for each, enclose a rounded shape at the top and bottom of the mouth. These shapes indicate the tongue and teeth.

6. Draw a short, curved line at each corner of the mouth, and another beneath the mouth to indicate the chin.

Color your laughing, crying emoji. Emojis are typically yellow in color, in classic smiley face style. Want to give your emoji something to laugh about? Check out our other emoji drawing guides today!

The Complete Crying Laughing Emoji Drawing Tutorial in One Image

How to draw: Crying Laughing Emoji - all drawing steps 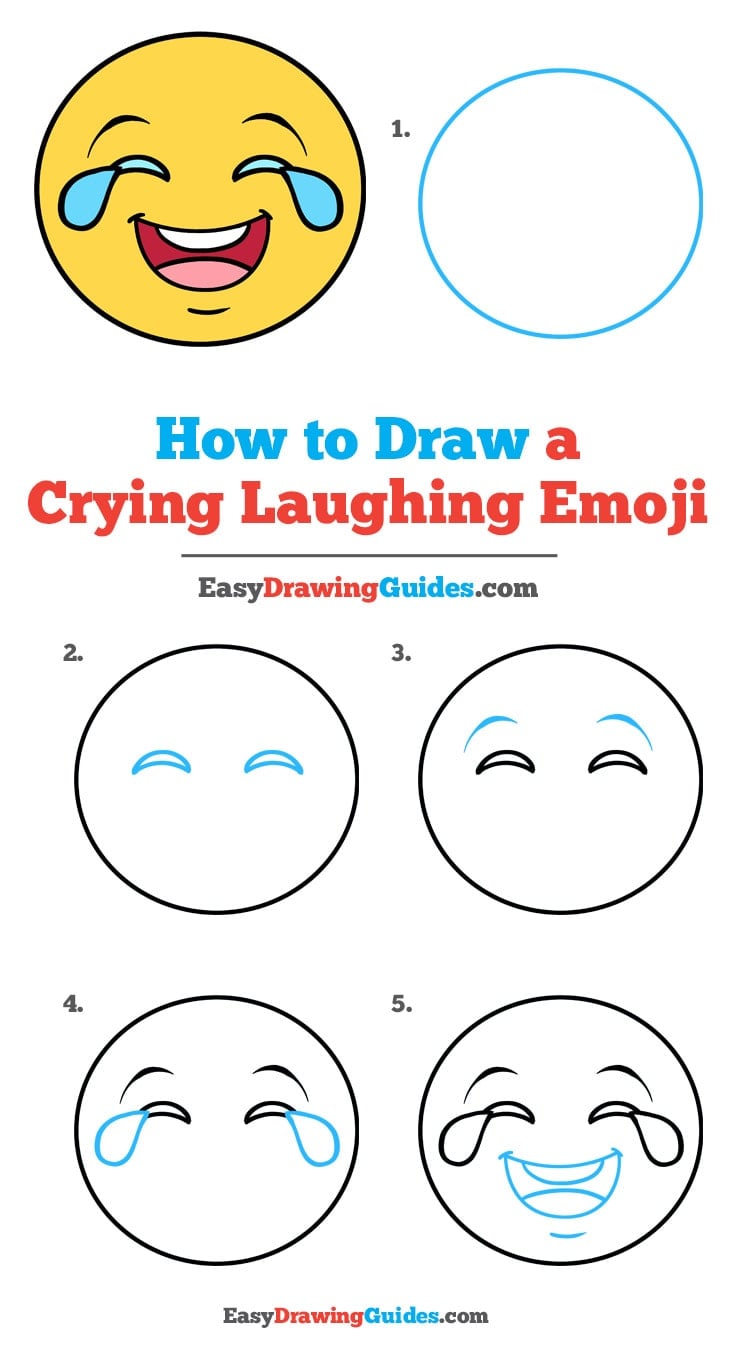