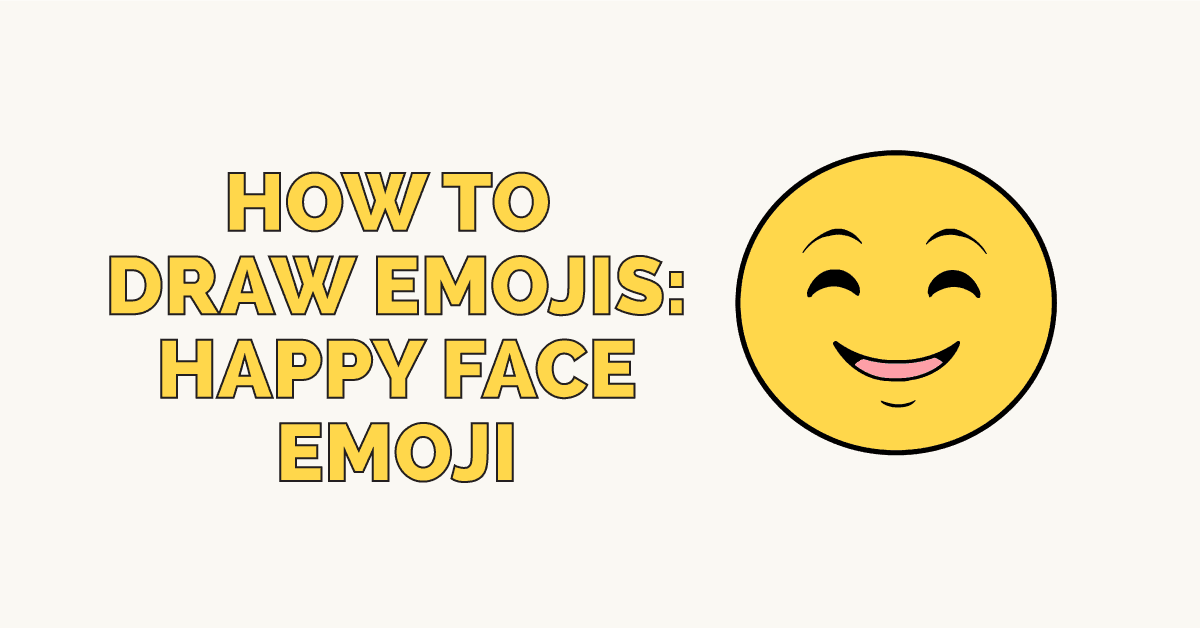 ​Today, emojis are no longer relegated to adding humor and emotions to text messages. The expressive icons are everywhere - from clothing and accessories to home furnishings to the 2017 film The Emoji Movie. Where, though, did emojis come from?

We might trace the origins of the smiley face emoji to our most distant ancestors. While cultural connotations may differ, smiles are natural reactions to joy, happiness, and laughter in peoples around the world. This is especially true of the so-called "Duchenne smile" - a smile so broad it reaches the eyes as well as the mouth. We use the smiles on our faces to communicate our emotions to others.

Eventually, people decided to record this happy image in art. The earliest known "smiley face" appeared on a clay pot that may be 4,000 years old. The Smiley we know today - with its simple shapes and yellow background - was created for a life insurance company in 1963.

The first smiley face emoji appeared on Japanese cellular phones in 1999. In fact, the word emojicomes from the Japanese words meaning "picture" and "character." The inspiration for the emoji was manifold - artist Shigetaka Kurika looked to Chinese writing, which is pictorial in nature; street signs; symbols used to indicate the weather on television forecasts; and "stock symbols," such as faces and light bulbs, used to indicate emotions in manga comics. Use of emojis soon spread around the world.

Would you like to draw a happy face emoji? Doing so is easier than ever with the help of this simple, step-by-step drawing tutorial. You will need only a sheet of paper and a pencil, crayon, marker, or pen. You may also wish to color your finished drawing.

If you liked this tutorial, see also the following drawing guides: Kiss Emoji, Wink Emoji, and Tongue Out Emoji.

​Step by Step Instructions for​ Drawing a Happy Emoji

2. ​​​Draw the emoji's eyes. This happy emoji has upturned, nearly closed eyes. For each eye, use two curved lines, connected on each end in a sharp point. The curved shape of the eye should resemble a crescent moon turned on its side. Repeat this process to form the second eye.

3. ​Draw the emoji's eyebrows by placing a curved line above each eye.

4. ​​​​​​​​Draw the emoji's smiling mouth. To draw the mouth, use two wide, "U" shaped lines. The lines should connect in sharp points on each end, enclosing a curved, crescent shape. The mouth should resemble the eyes, only larger and turned in the opposite direction.

6. Color your happy emoji. Most emojis are shaded yellow in classic smiley face style, but feel free to be creative.

Give your emoji something to smile about by checking out our other fun drawing guides.

The Complete Happy Face Emoji Drawing Tutorial in One Image

How to draw: Happy Face Emoji - all drawing steps 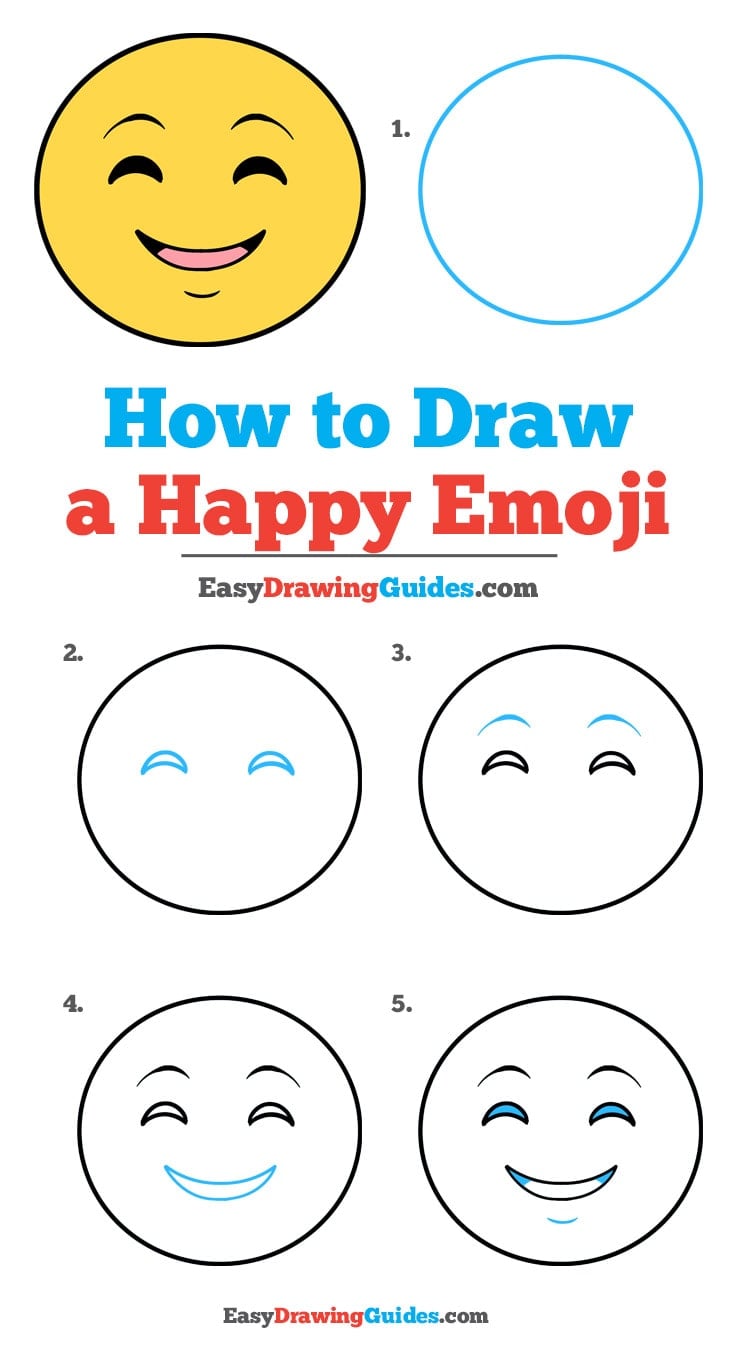