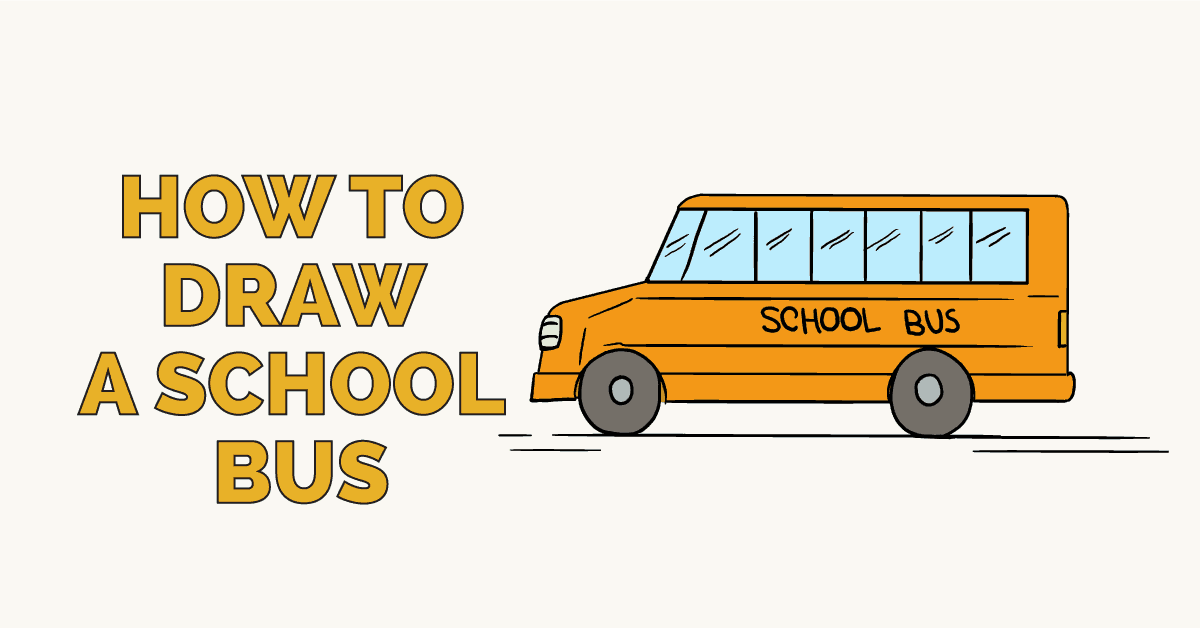 The need for school buses first arose in the 1800s. For the first time in history, many children attended small or one-room schools, rather than being educated by their parents at home. When many children lived too far away to walk to the school, the solution was a "kid hack" - a horse drawn carriage that picked up the children.

By the year 1900, the first motorized school buses came into use. In the years to come, the school bus evolved into the familiar yellow bus known today. In fact, in 1939, the color yellow was adopted for school buses in North America because both the color itself and the black lettering against it were easy to see in the partial darkness of early morning and late winter evenings.

In popular culture, one of the most famous school bus characters is the Magic School Bus. This bus sports a face, has its own personality, and the ability to transform itself - and Mrs. Frizzle's class of children - into many different things in order to embark on learning adventures. Bus has been a rocket ship, a frog, and a blood cell, to name a few.

​Would you like to draw a big yellow school bus? This easy, step-by-step drawing tutorial is here to help. All you will need is a sheet of paper, a pencil, an eraser, and perhaps some crayons or similar tools.

​Step by Step Instructions for Drawing​​​ a​ ​School Bus

1.​ ​​Begin by drawing a long, horizontal rectangle. On one end, draw the short side at a diagonal angle. This rectangle will form the bus's windows, and the diagonal side will comprise the front windshield.

2. ​​​​​From the bottom corner of the windshield, extend a slanted, straight line. Draw another, shorter line downward. This forms the hood and front of the school bus. Next, draw a straight, horizontal line from the front of the bus, extending past the windows. This outlines the bottom of the vehicle.

3.​ ​Draw a straight line parallel to the top of the windows. Then, connect this line to the bottom of the bus using another straight line. Curve the corners where these lines meet and where the line attaches to the windows. You have now enclosed the outline of the bus.

6.​ ​In each wheel well, draw a circle within a circle. This forms the tire and hubcap. To form the ground, draw a straight line beneath the wheels. Then draw additional straight lines to add detail to the ground. 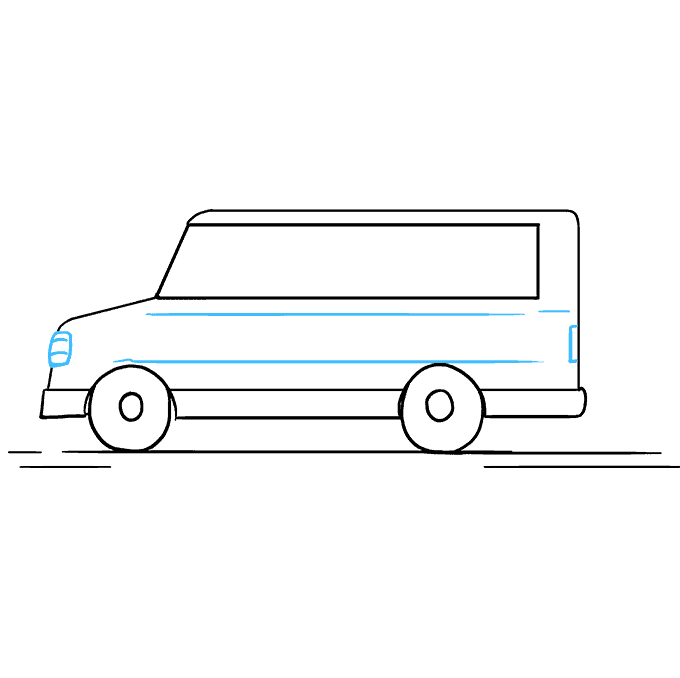 7. ​​​​Draw parallel straight lines along the side of the bus. For the back tail light, enclose a small rectangle. Use a rounded rectangle for the headlights, and detail it with horizontal lines. Erase guide lines as necessary.

8.​​​ ​​​​Detail the bus by drawing straight lines near the front wheel. Then, draw straight, vertical lines to separate the windows. Draw a set of diagonal straight lines on each window to indicate a reflection.

10. ​​​​​ ​​​​​​​Color your school bus. Most school buses are bright yellow, but at times they are other colors, such as a school's official colors.

Learn to draw other vehicles with our car, truck, and monster truck drawing guides.

The Complete School Bus Drawing Tutorial in One Image 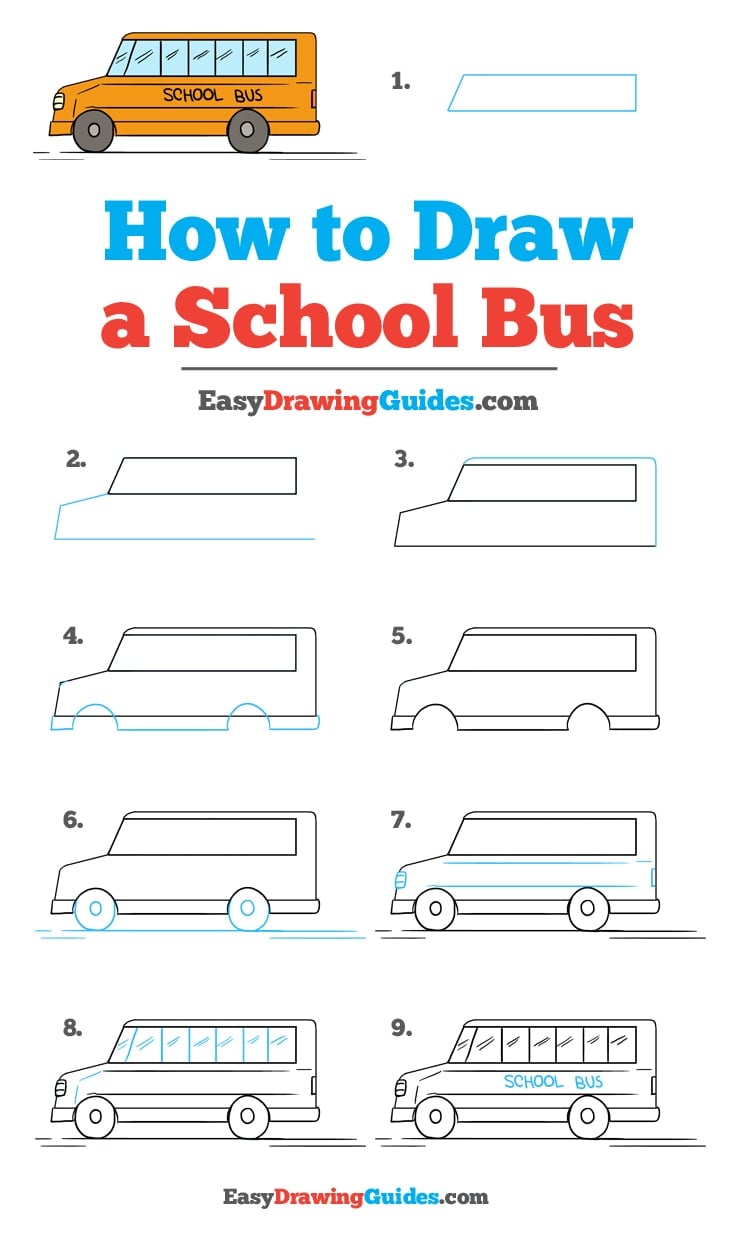