Skip to content
Easy Drawing Guides > easy, emoji, other, people > How to Draw a Kiss Emoji 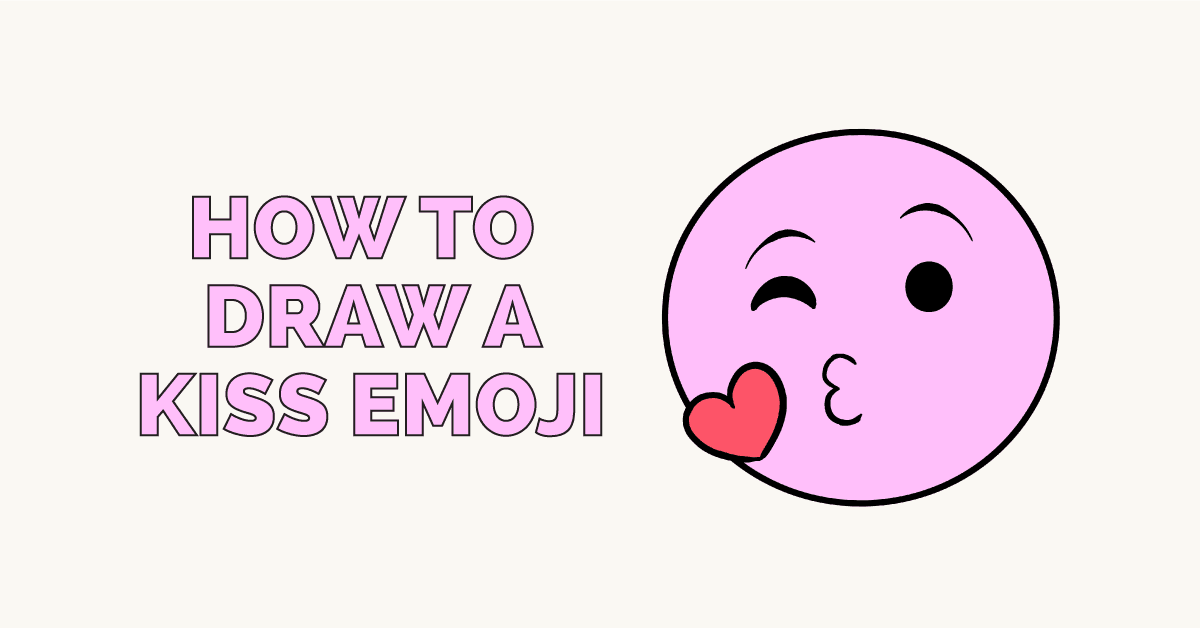 What is an emoji? Emojis are small cartoon symbols, typically representing emotions, places, or common objects. The emoji originated in 1999, when a Japanese cell phone company introduced emojis to the text message keyboard. In fact, the word emoji is derived from two Japanese terms meaning "picture" and "character." Soon, the smiling faces had taken the world by storm.

The smiley face on which many emojis are based has enjoyed a long history. Archaeologists recently discovered a 4,000 year old clay pot that has a simple smiley face painted on its side. One poet even included a "winky smile" emoticon, made from a semi-colon and parentheses, in a poem published in the 1600s. The yellow smiley face we know and love - with its round eyes and "U" shaped mouth - originated with advertising campaigns in the 1960s.

Emojis have various meanings. What does the kiss emoji mean? The gesture of blowing a kiss - also called an air kiss, a blown kiss, thrown kiss, or a flying kiss - is ubiquitous, found in cultures around the world. Depending on the culture, such kisses can be a sign of romantic affection or a general greeting.

Not only are emojis featured on messages, but on products and clothing as well. In 2017, the characters starred in their first animated film, The Emoji Movie.

​Would you like to draw an emoji blowing a kiss? Doing so is easier than ever with the help of this simple, step-by-step drawing tutorial. You will need only a pencil, an eraser, and a sheet of paper. You may also wish to use crayons, markers, or something else to shade your finished emoji.

If you liked this tutorial, see also the following drawing guides: Winking Emoji, Tongue Out Emoji, and Happy Emoji.

​Step by Step Instructions for Drawing​ a ​Kiss Emoji

2. ​​​​​​​Draw a round eye and a winking eye. On one side of the emoji's face, draw a small circle and shade within it. On the opposite side, use two short, curved lines to enclose a curved shape, like a crescent moon. Shade within this shape.

3. ​​Draw a thick, curved line above each eye to indicate eyebrows. Notice that the lines are thicker towards the middle of the eyebrow, and more narrow on the ends.

4. ​​Below the eyes, draw a curved line like a backwards number "3." This forms the mouth with puckered lips, ready to blow a kiss.

5.​​ ​​Use two curved lines to sketch a heart shape beside the lips. Erase the guide lines of the original circle from within the heart.

6. Color your kiss emoji. Often, emojis are shaded yellow in classic smiley face style. But be creative - your emoji can be any color of the rainbow, like the pink emoji in our illustration.

Who is the recipient of this emoji's kiss? Put your emotions down on paper with our collection of additional emoji drawing guides. If love is in the air, show it with our heart, teddybear with a heart, broken heart, and love birds drawing guides.

The Complete Kiss Emoji Drawing Tutorial in One Image

How to draw: Kiss Emoji - all drawing steps 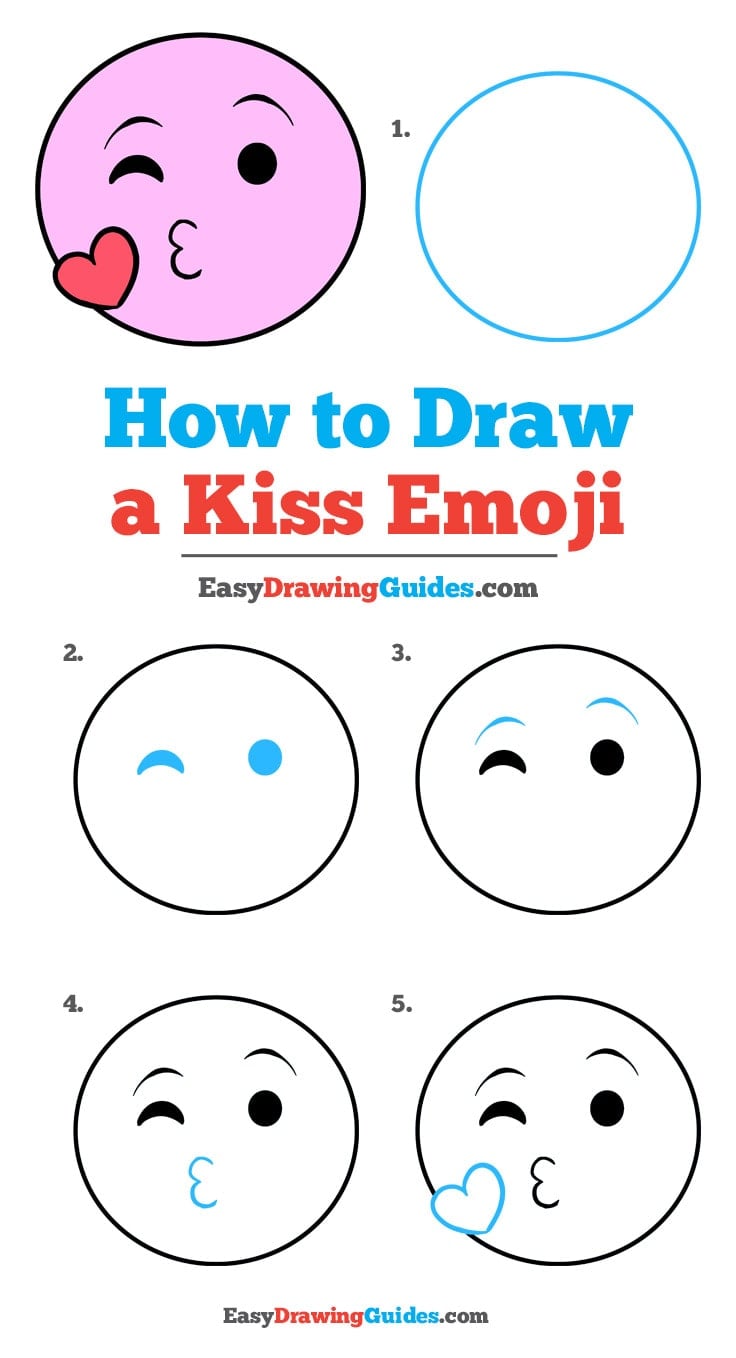