"Sometimes science is more art than science, Morty. A lot of people don't get that."
- Rick from Rick and Morty

Rick and Morty is an animated series that appears on Cartoon Network's Adult Swim. The plot centers around "a super scientists and his not-so-bright" 14-year-old grandson, who get into plenty of trouble as they explore the universe.

Rick Sanchez is your typical mad scientist archetype. He is from dimension C-137. He is also grumpy, bad-tempered, and self-centered. He shows no remorse when he has to harm others to succeed, and it is not uncommon for him to be the cause of intergalactic conflicts. His catchphrase, "Wubba Lubba Dub-Dub" means "I am in great pain. Please help me," in a fictional language created for the series.

Did you know? The series got its start as a short parody of Back to the Future that was created for a film festival. The short was entitled The Real Adventures of Doc and Mharti. Some episodes pay homage to these roots with visual "easter eggs."

Would you like to draw Rick from Cartoon Network's Rick and Morty? If so, this easy, step-by-step drawing guide is here to help. Grab a pen, pencil, or marker and a sheet of paper, and you're ready to go.

Step-by-Step Instructions for Drawing Rick from Rick and Morty

1. Begin by sketching Rick's head. Use long curved lines to form the top and bottom of the oval-shaped head. Then, connect these lines using small "C" shaped lines, forming the ear and side of the frown.

3. Draw Rick's frowning eyebrows. Above the eyes, draw a set of parallel "U" shaped lines. Connect them on the ends with a curved line.

4. Draw Rick's hair. Beginning at the back of the head, use short, nearly straight lines. Connect them to one another at triangular points. Notice how the shape of the hair is larger at some points than at others.

5. Draw Rick's lab coat. Use a curved line to enclose the neck just below the head. From the neck, extend two long, curved lines. Allow these to overlap with an additional set of long lines. Allow the lines to curl in a "J" shape at the bottom.

6. Draw the collar of the lab coat. Use short lines to enclose four triangle shapes just below the neck.

7. Draw the sleeves of the coat. On the far side, use a long curved line to enclose the squared shape of the shoulder and the arm. On the remaining side, extend a pair of "V" shaped lines to form the arm. Enclose the end by drawing the irregular shape of the hand.

8. Draw Rick's legs. The bottom portion of his body is formed by an incomplete half circle. Draw the belt using three rectangular shapes of different sizes. Then, extend two pairs of straight lines to form the legs. Enclose them at the bottom with short, straight lines. 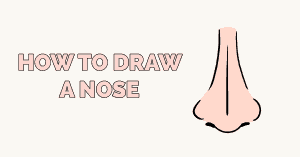 Color Rick. He typically wears a white lab coat and brown pants. Then, check out our full selection of character drawing guides.