Learn how to draw a great looking Spongebob with easy, step-by-step drawing instructions, and video tutorial. You can now easily create a beautiful Spongebob drawing. 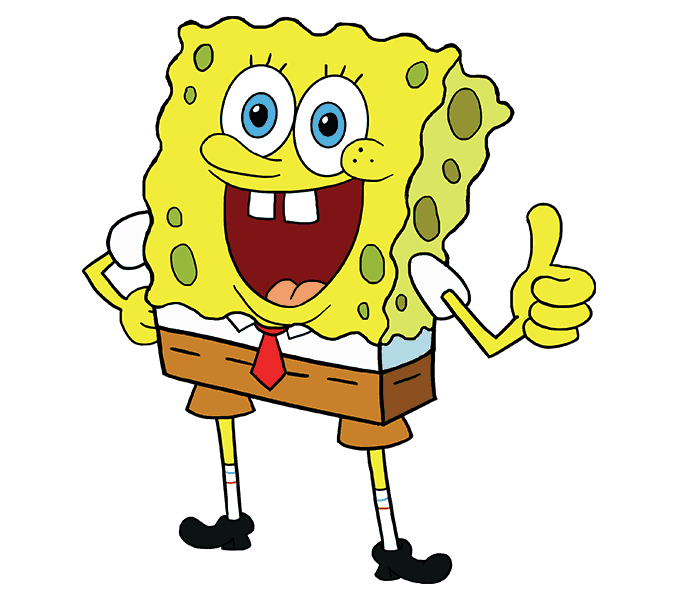 Who lives in a pineapple under the sea?

The hit television cartoon Spongebob Squarepants debuted on the Nickelodeon network in 1999.

The show's eclectic cast of characters and slapstick comedy have delighted children and adults for decades.

Spongebob Squarepants is just as his name suggests - he is an ocean dwelling sponge, yellow in color and square in shape like a household cleaning sponge.

He lives in a pineapple and works at a restaurant called the Krusty Krab. His undersea adventures include his friends Patrick Star, Sandy the squirrel, Mr. Krabs, Squidward, and the villainous Plankton.

Would you like to draw your very own Spongebob Squarepants? Now you can, using this easy, step-by-step drawing tutorial.

All you need to draw Spongebob is a piece of paper and something to draw with - a pencil, marker, or pen. You may also want to use colored pencils, crayons, or markers to color Spongebob when you are finished.

Each step of this drawing guide is illustrated by a simple picture. Notice the blue lines in each illustration - they represent new lines added to the drawing in that step.

You may want to sketch lightly at first, and keep an eraser handy, as you will need to erase some of the early lines as you go along.

If you liked this tutorial, see also the following drawing guides: Garfield, Snoopy, and Pikachu. 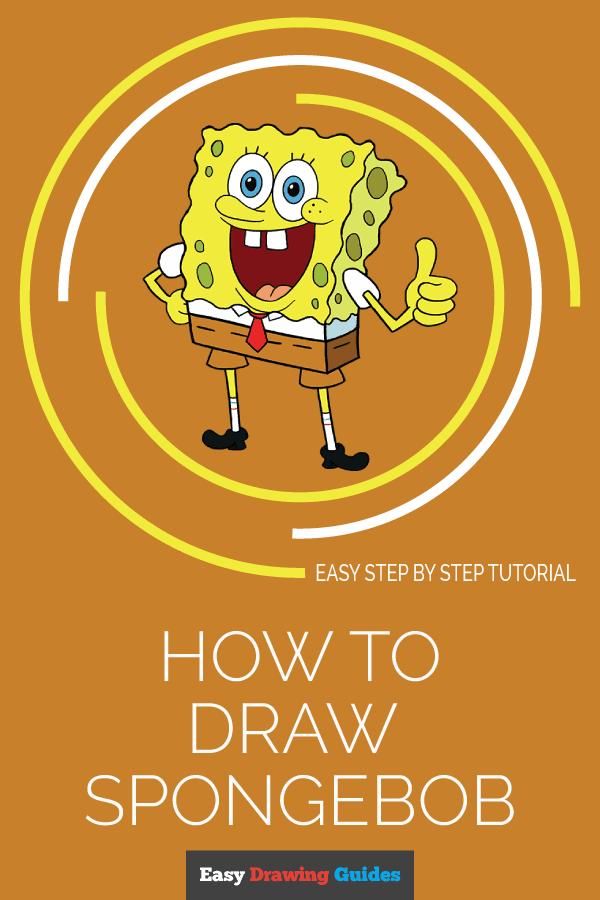 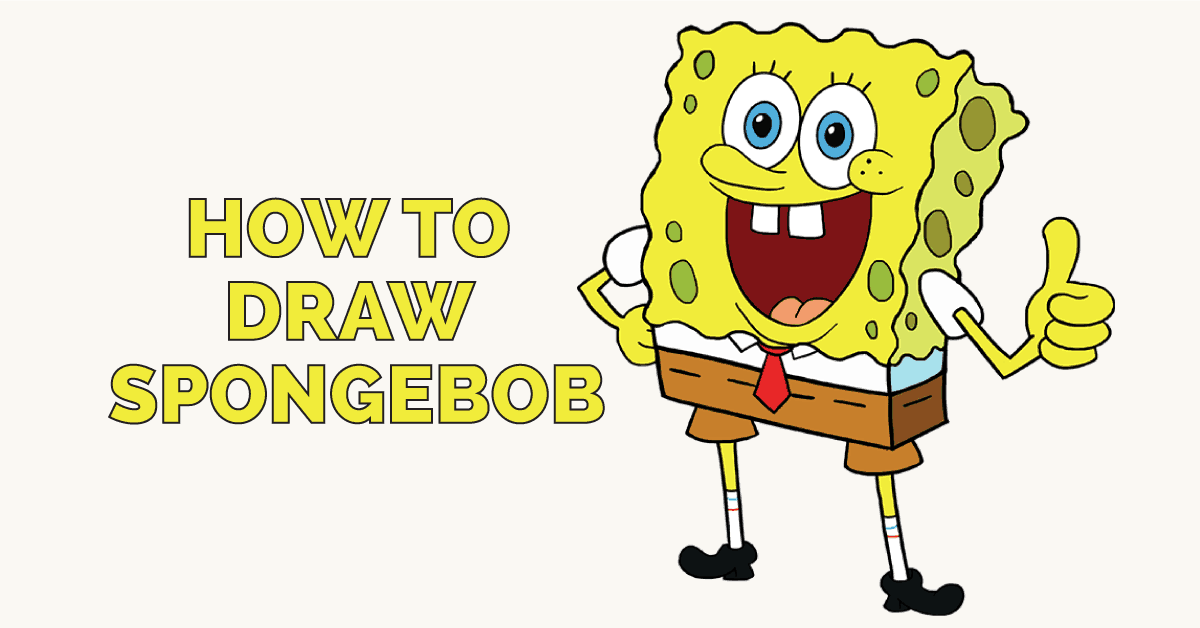 How to Draw a Great Looking Spongebob for Kids, Beginners, and Adults - Step 1 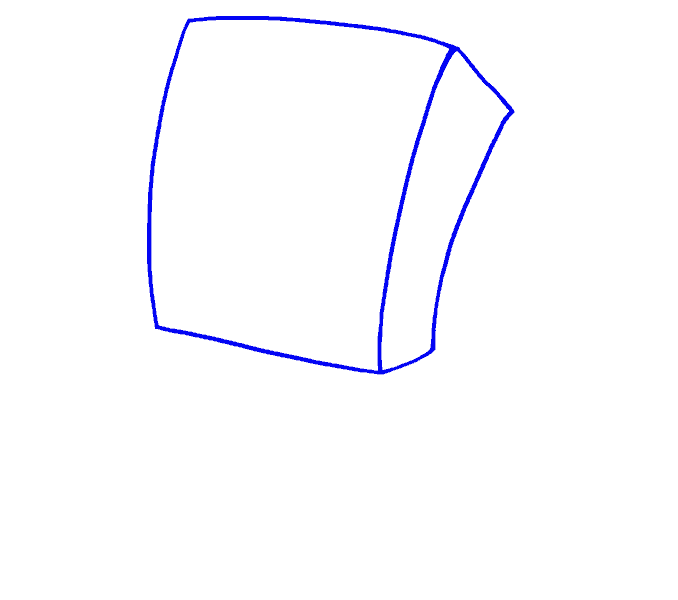 Begin by drawing a large, curved square. To the right of the square, draw a curved rectangle to create a three dimensional effect. This cube-like shape will form Spongebob's face and body. 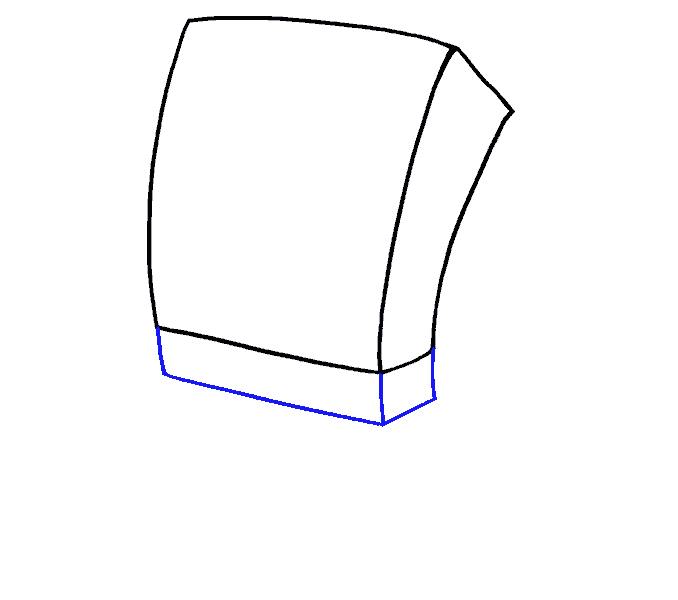 Draw a narrow rectangle below the original square. Using two straight lines, connect this rectangle to the previous rectangle. This portion of the shape will become Spongebob's square pants. 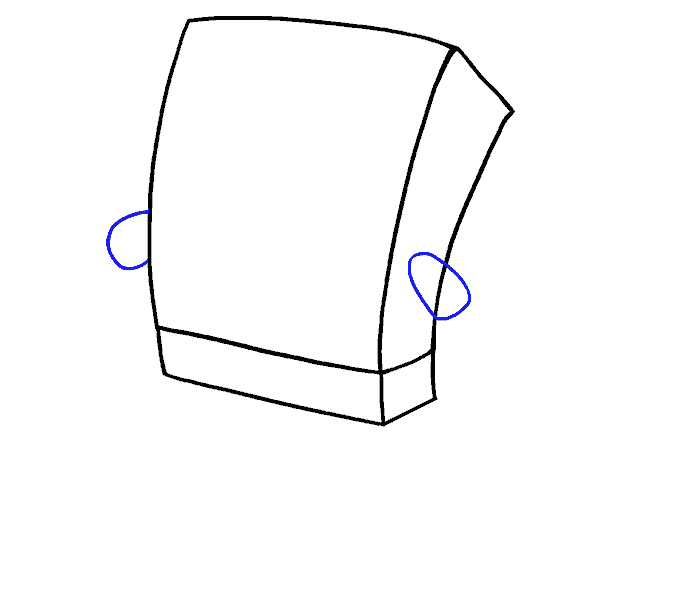 Draw an irregular oval shape extending from the rectangle on the right of the figure. On the left, draw a half oval connected to the figure. These shapes begin Spongebob's arms. 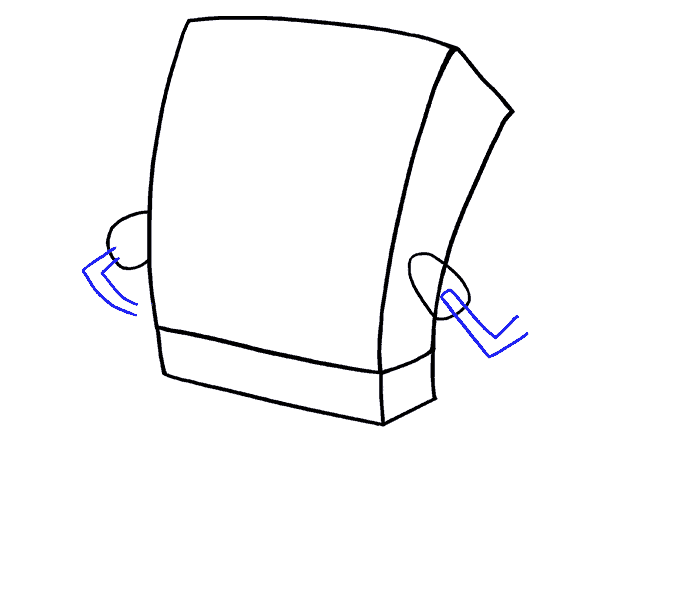 From the oval sleeves, extend two straight lines. From these lines, extend two more parallel, slightly curved lines to the right. Repeat on the other side. 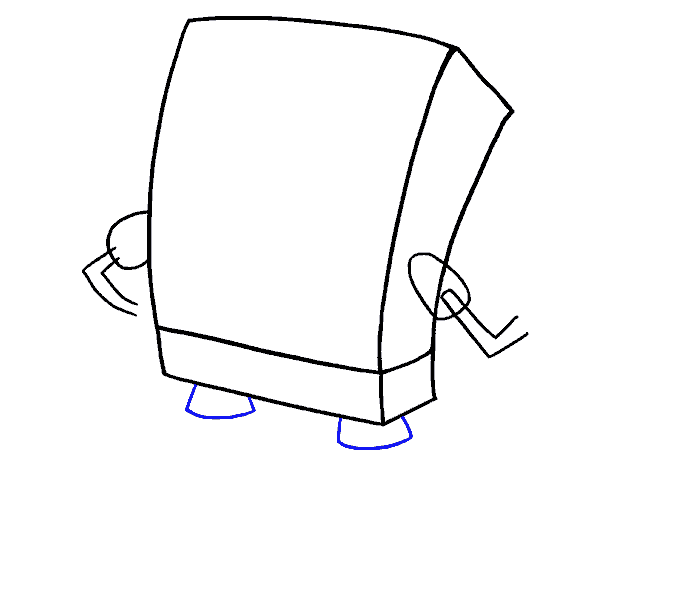 From beneath the body, extend two sets of lines. Connect each set using a curved line.

How to Draw a Cartoon Revolver

How to Draw Hello Kitty 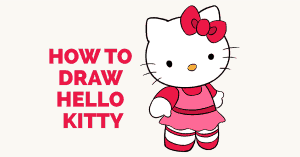 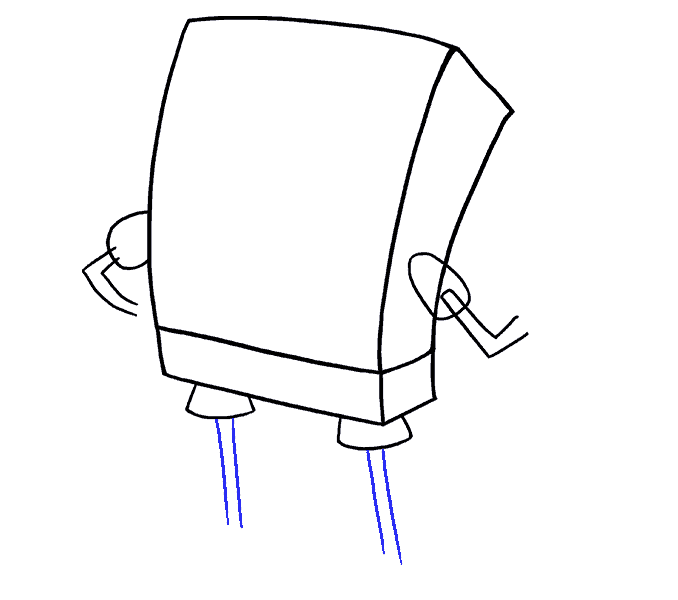 From the shapes just created, draw the legs. To draw Spongebob's leg, draw a set of nearly straight, parallel lines. Repeat to form the other leg. 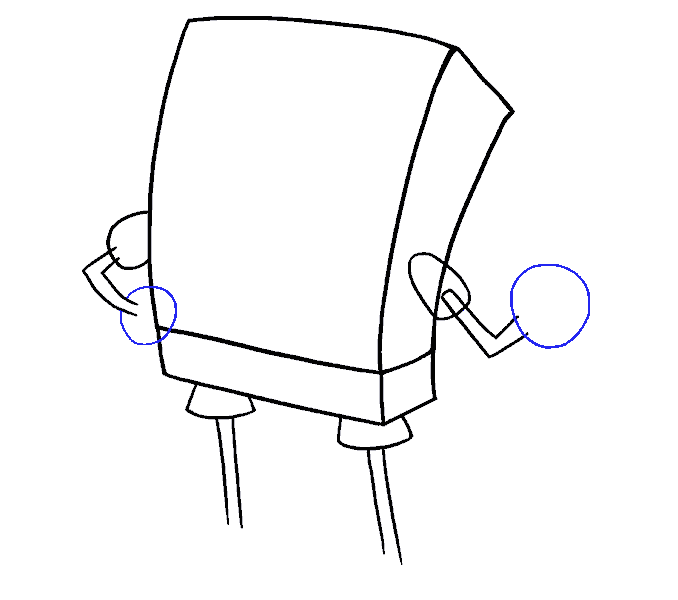 Draw a circle at the end of each arm. 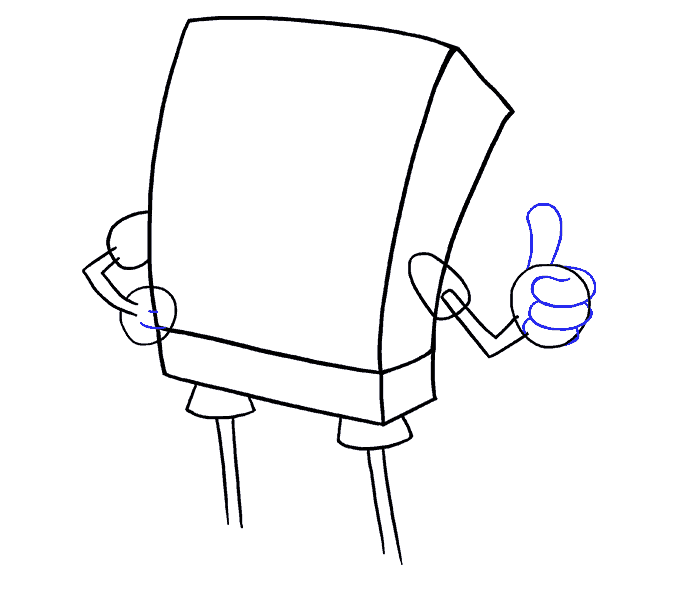 In the left circle, draw two short, curved lines. In the right circle, you will draw a "thumbs up." Do this by first drawing a curved line in a tight "U" shape extending from the top of the hand. Then, on the right side of the hand, draw three curved lines to form three fingers folded over the hand. 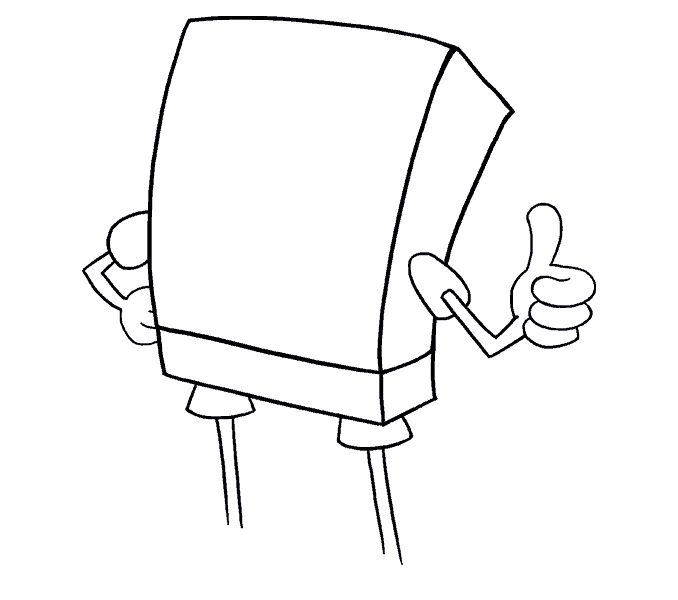 Erase the guide lines from the hands. 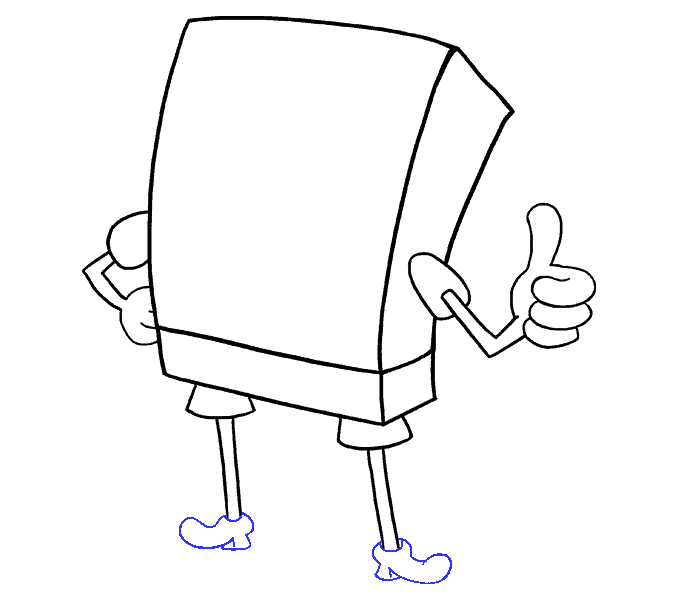 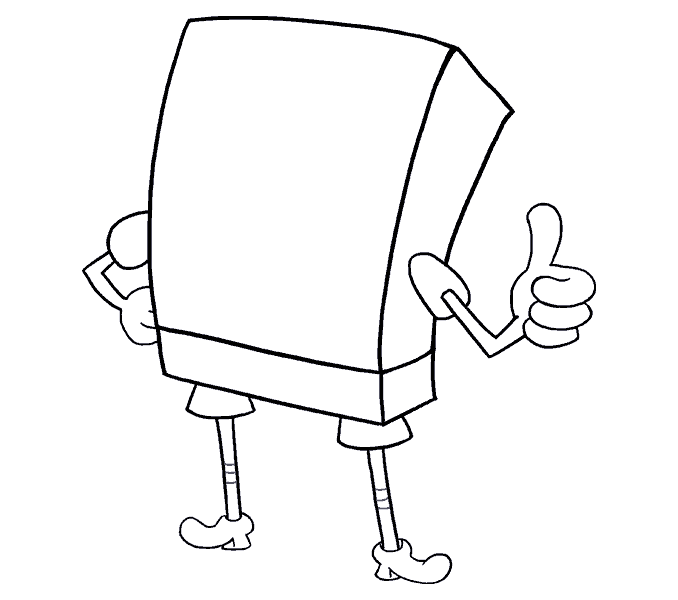 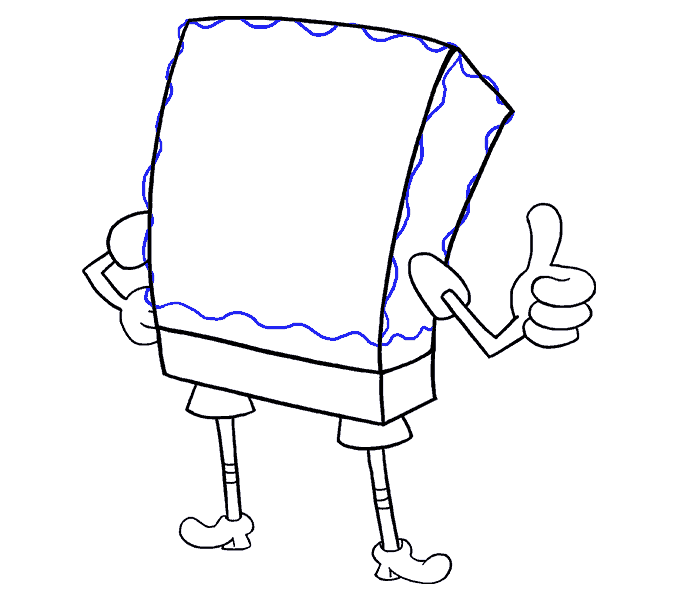 Draw a wavy line around the original square and rectangle, leaving some space above the line of the pants. 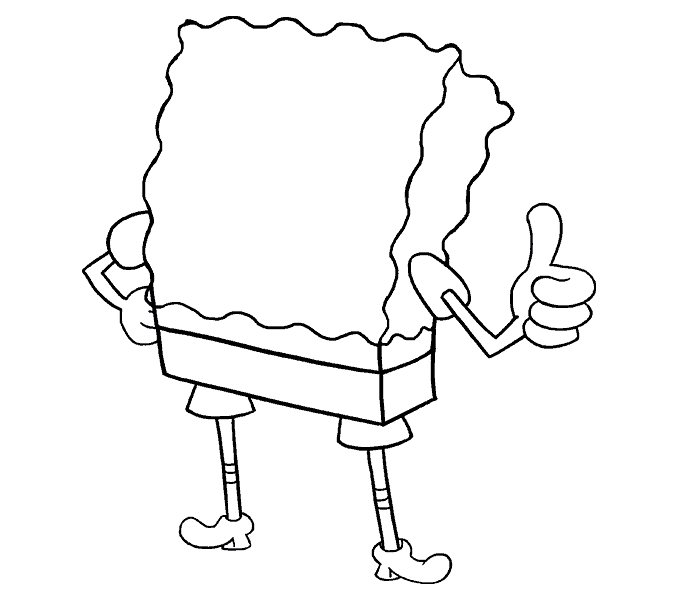 Erase the guide lines of the square and rectangle. 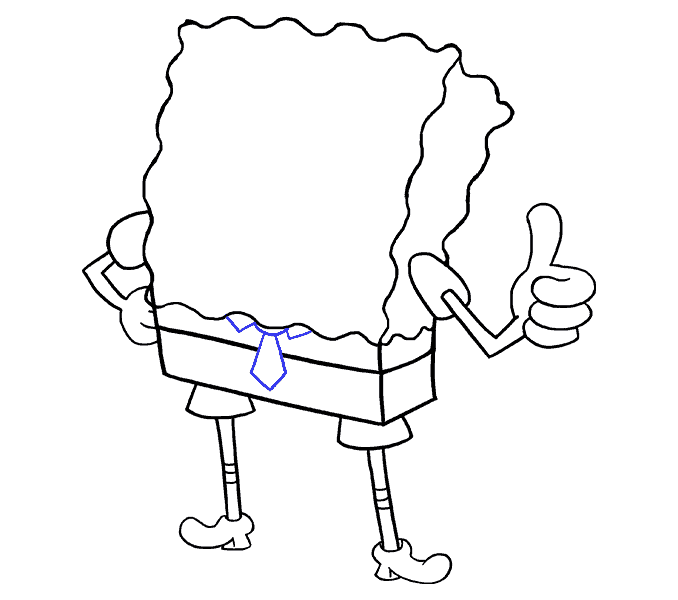 Draw a short, curved line just below Spongebob's head. Draw an upside down triangle on each side of the curve, and a diamond below it. 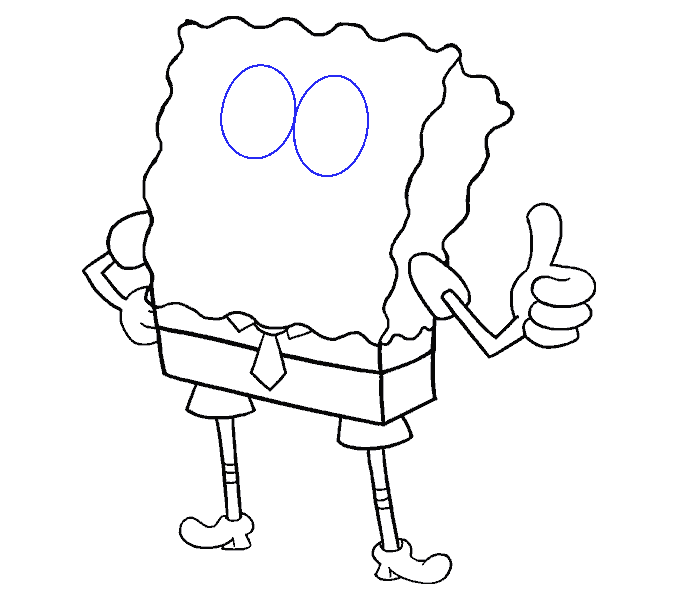 Draw two ovals in the middle of the face. 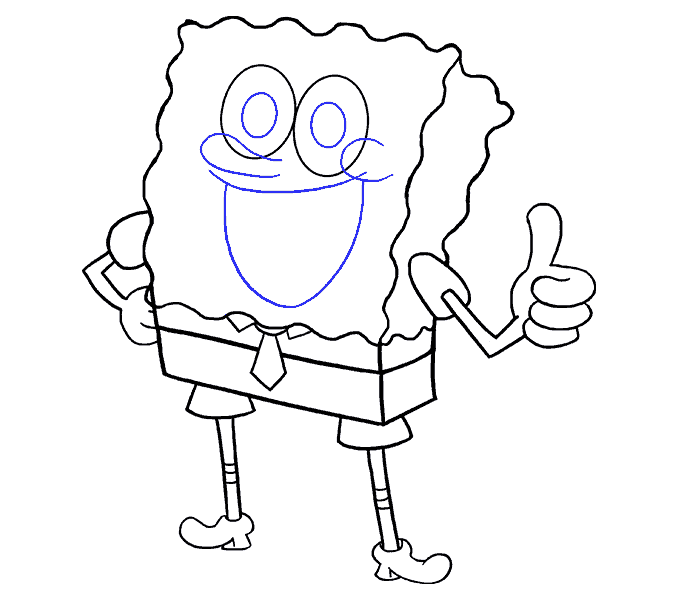 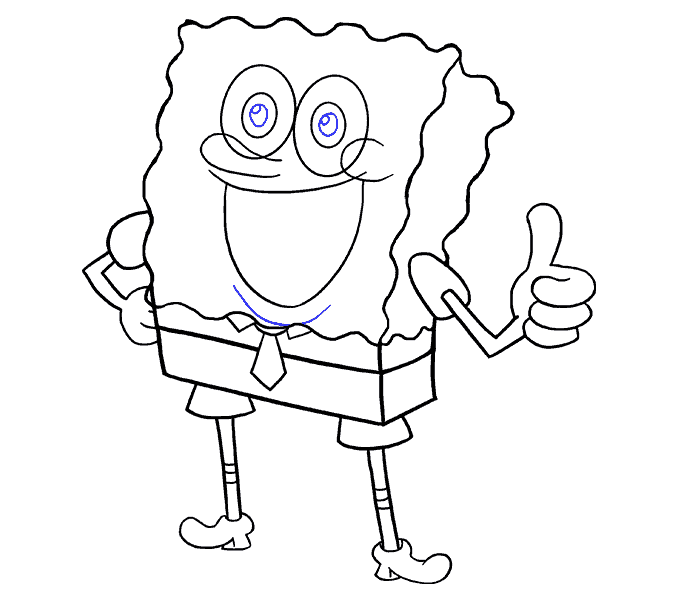 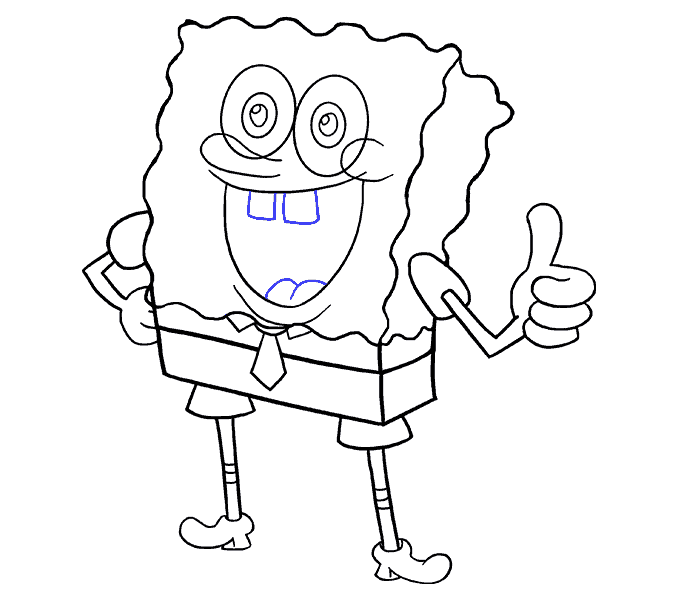 Draw two rectangles extending from the top of the mouth. Using two curved lines, draw a tongue at the bottom of the mouth. 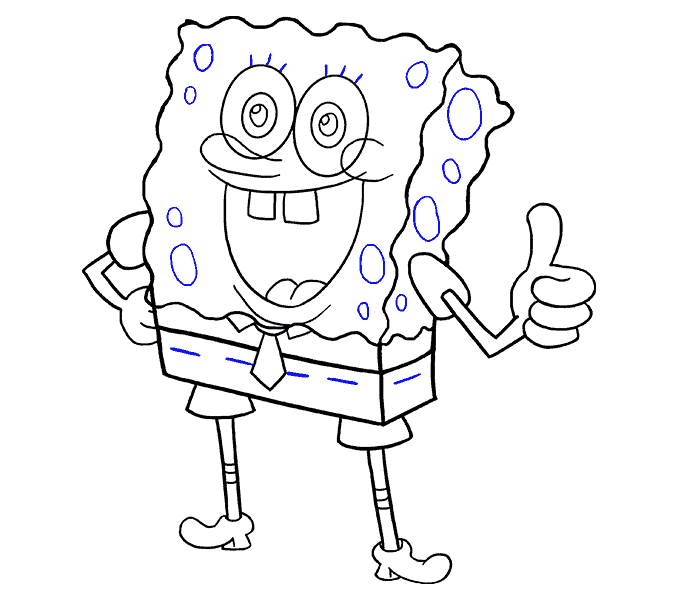 Draw the belt around the pants using five straight lines. Place three short, straight eyelashes above each eye, and detail the body with many irregular circles and ovals.

Color Spongebob. He is typically yellow with brown pants, a white shirt, and a red tie. 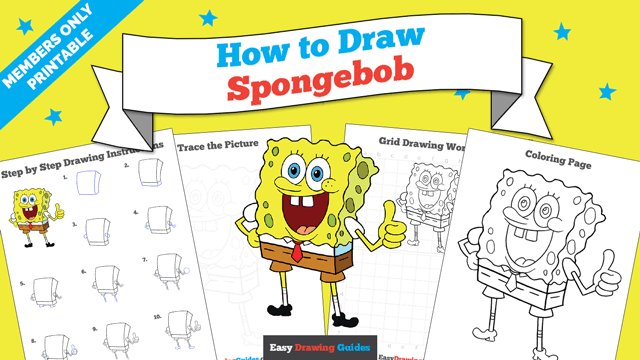