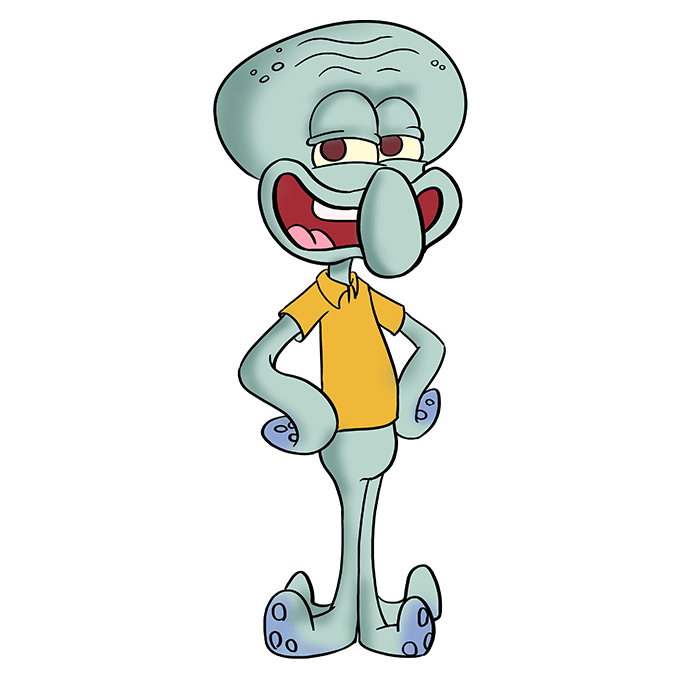 "Who lives in a pineapple under the sea?" The real question is, who lives in a sunken Tikki head in the same neighborhood in the fictional town of Bikini Bottom? The answer: Squidward Q. Tentacles!

Squidward is a supporting character in the animated series Spongebob Squarepants and its associated films. He works as a cashier at the Krusty Krab while dreaming of a life as an artist or clarinet player. Arrogant, bitter, and dissatisfied, Spongebob and Patrick don't notice his animosity towards them but instead consider him a friend.

One of the show's writers described Squidward as "the most human character" and therefore the most relatable.

Did you know? Although his name includes the word "squid," Squidward has only six arms, not the eight arms and two tentacles (totaling ten) as do squid. He is more similar to the octopus, which effectively has six arms and two legs.

Would you like to draw Squidward? This easy, step-by-step cartoon character drawing tutorial is here to show you how. All you will need is a pen, pencil, crayon, or marker and a sheet of paper.

If you liked this tutorial, see also the following drawing guides: Pineapple, Spongebob, and Cute Starfish. 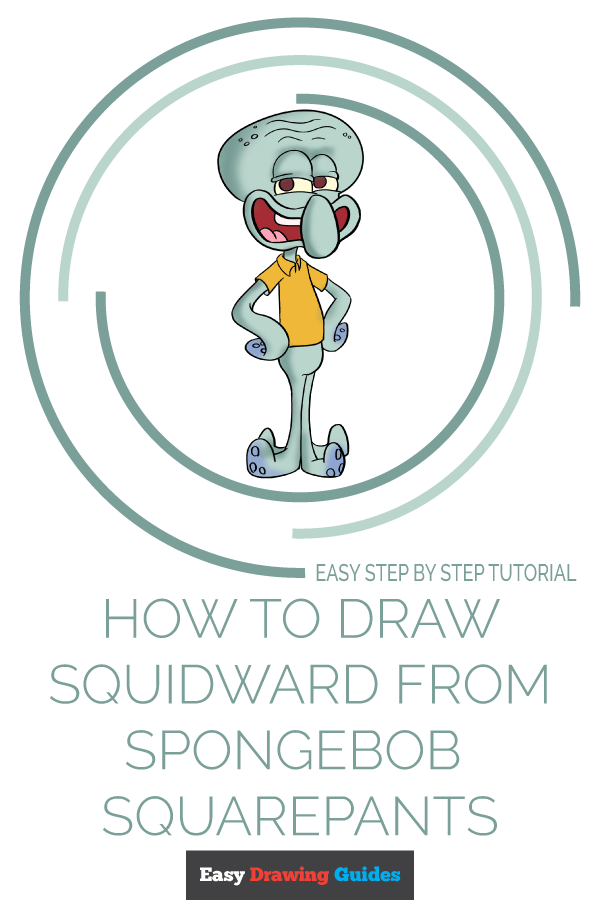 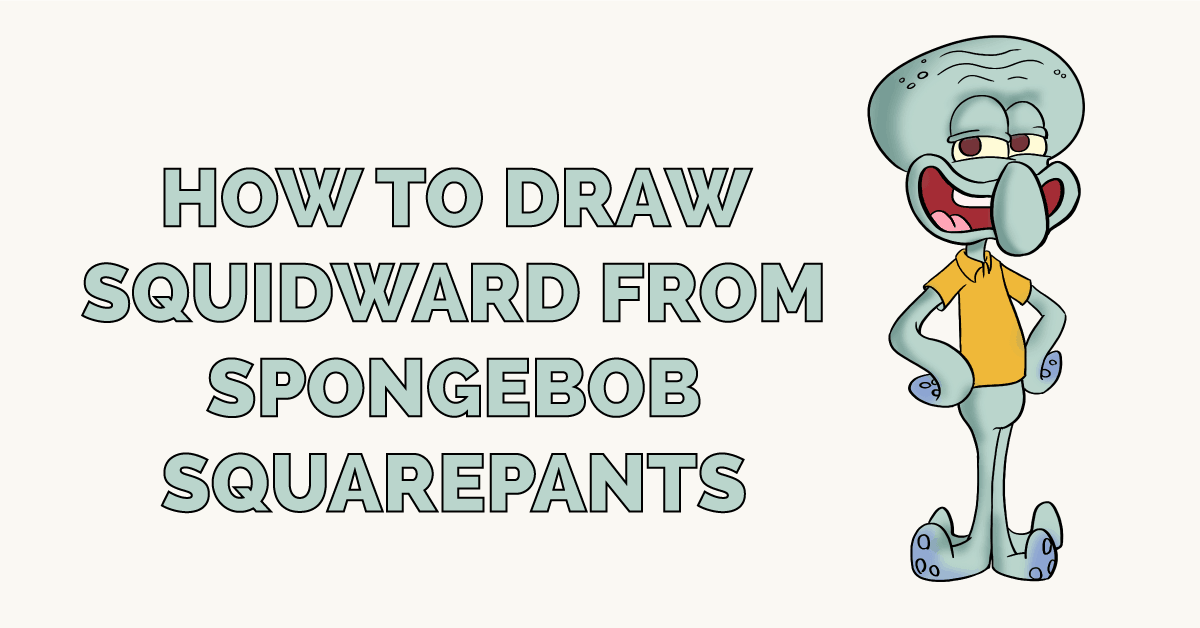 How to Draw a Great Looking Squidward from Spongebob Squarepants for Kids, Beginners, and Adults - Step 1 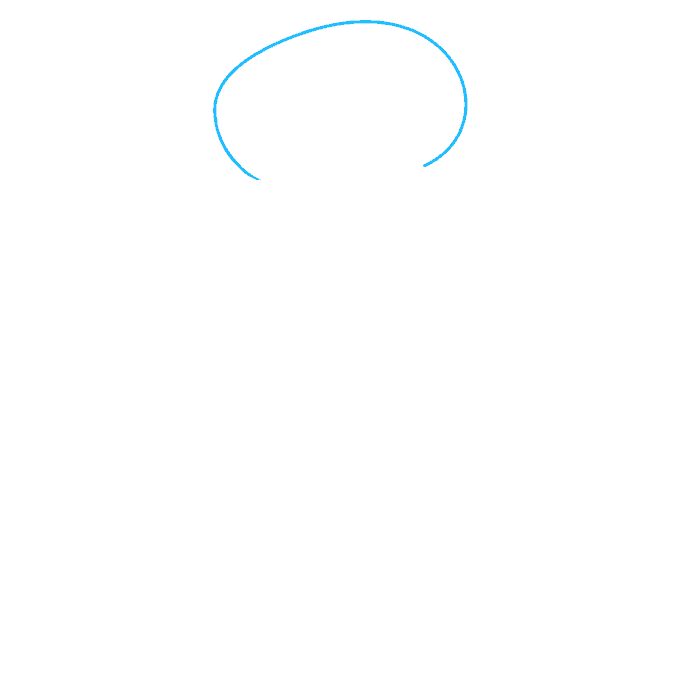 1. Begin by drawing a curved line like a sideways letter "C." This forms the top of Squidward's head. 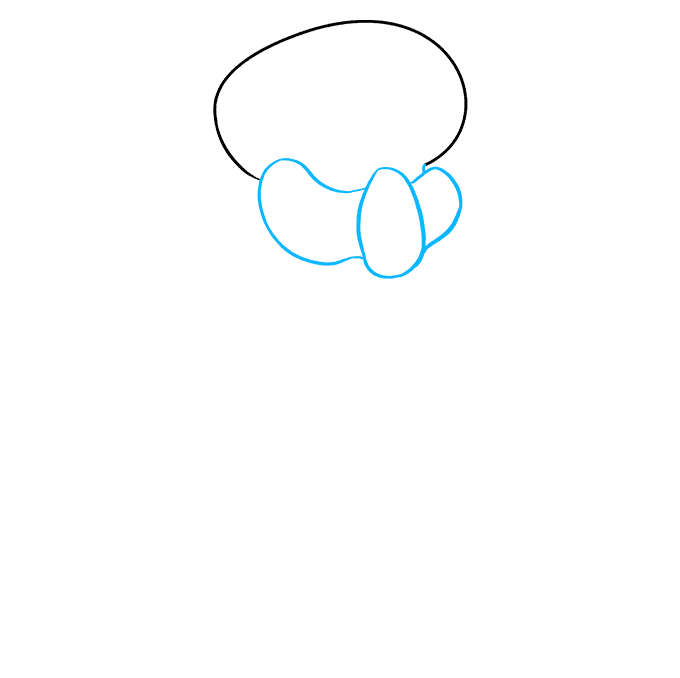 2. Draw an oval beneath the "C" shaped line. Then, use curved lines to enclose an irregular shape on each side of it. This forms Squidward's large nose and laughing mouth. 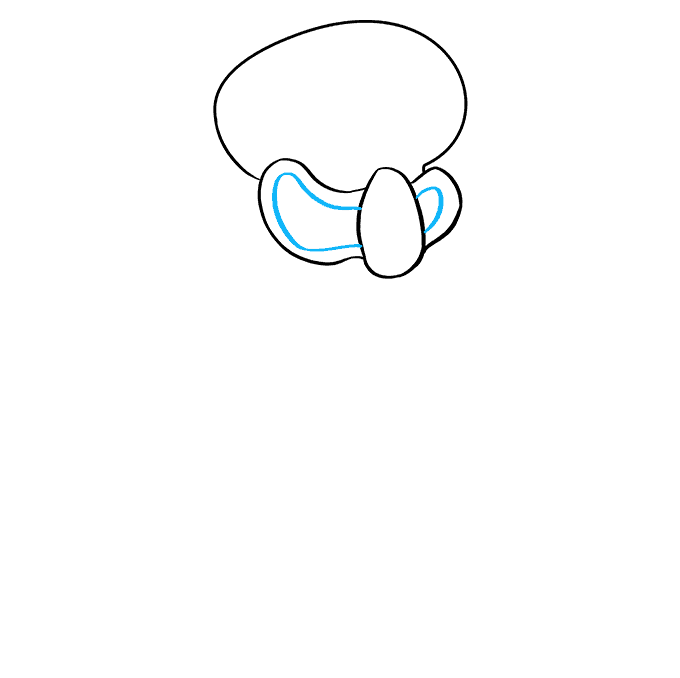 3. Draw a curved line inside the mouth, parallel to the exterior line. This distinguishes Squidward's lips from the open mouth. 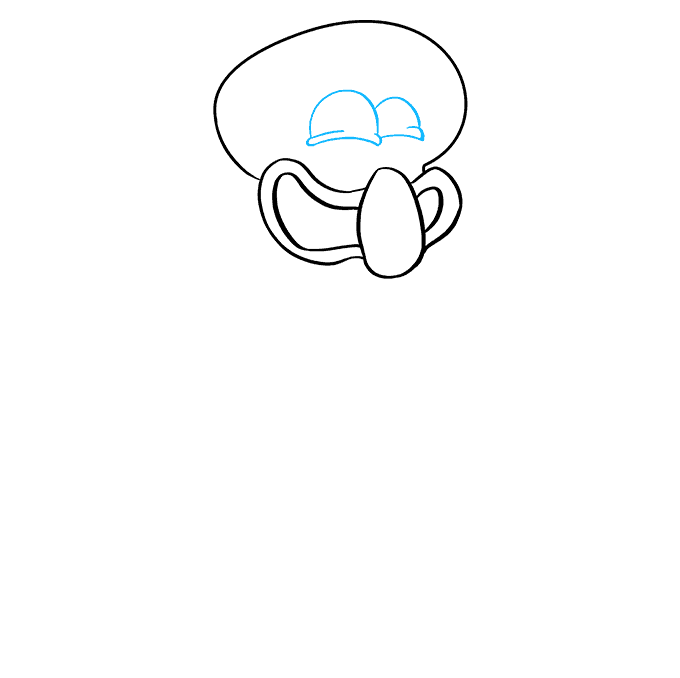 How to Draw Tigger 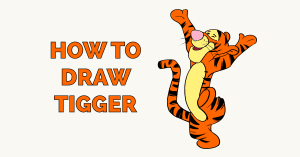 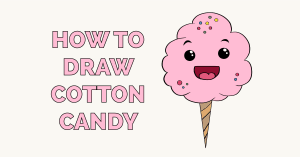 How to Draw Carnage from Spider-Man 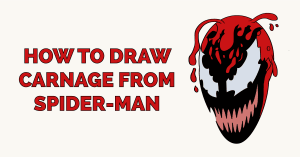 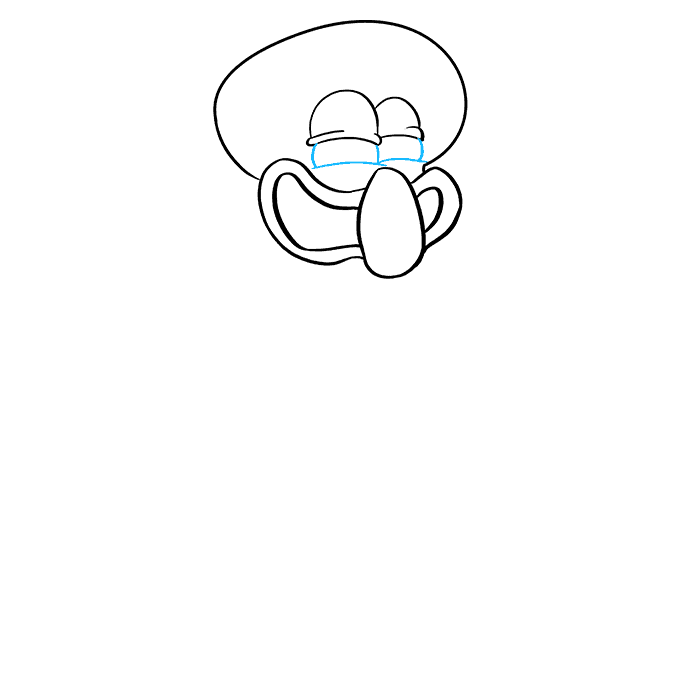 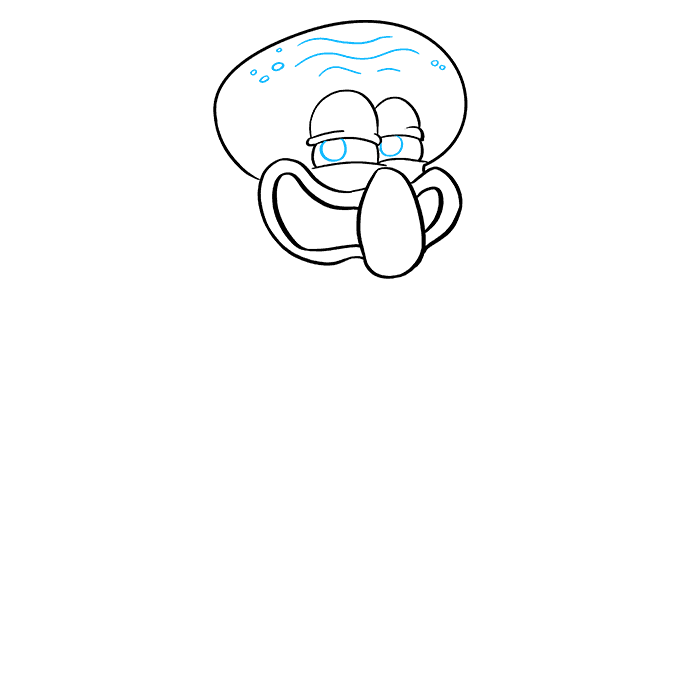 6. Draw a circle inside each eye, indicating the pupil. Then, draw wavy lines across the top of the head, forming Squidward's furrowed brow. Detail the head further by drawing small circles and ovals on either side of the lines. 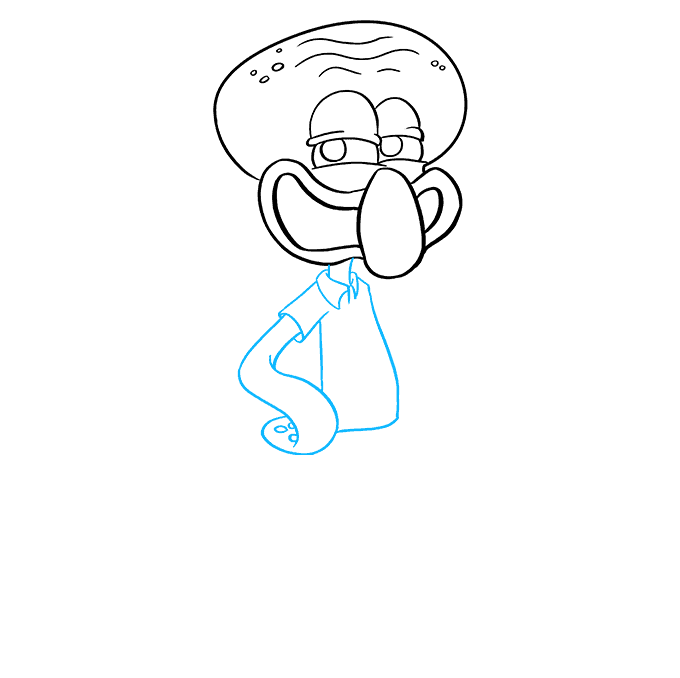 7. Begin to draw Squidward's body. Extend a pair of lines downward from the head to form the neck. Draw curved triangles on each side of the neck to indicate the collar of the shirt. Then, use curved lines to sketch the rectangular shapes of the body and sleeve of the shirt. From the sleeve, extend a pair of curved lines. Loop them in an "S" shape to form Squidward's tentacle. Draw small circles on the palm to indicate suckers. 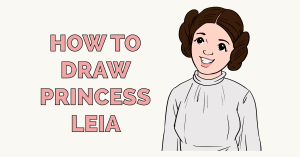 How to Draw Piglet 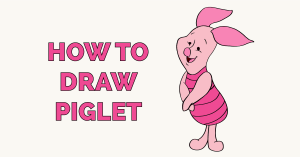 How to Draw Spongebob 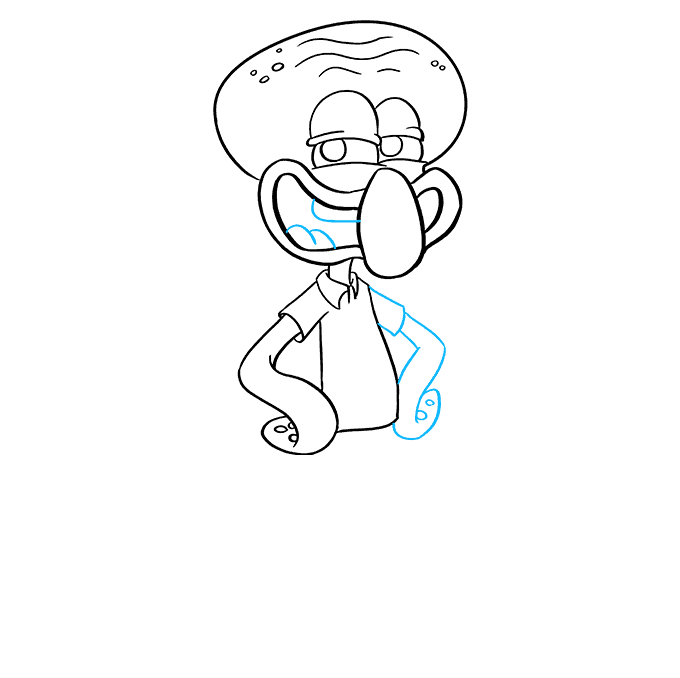 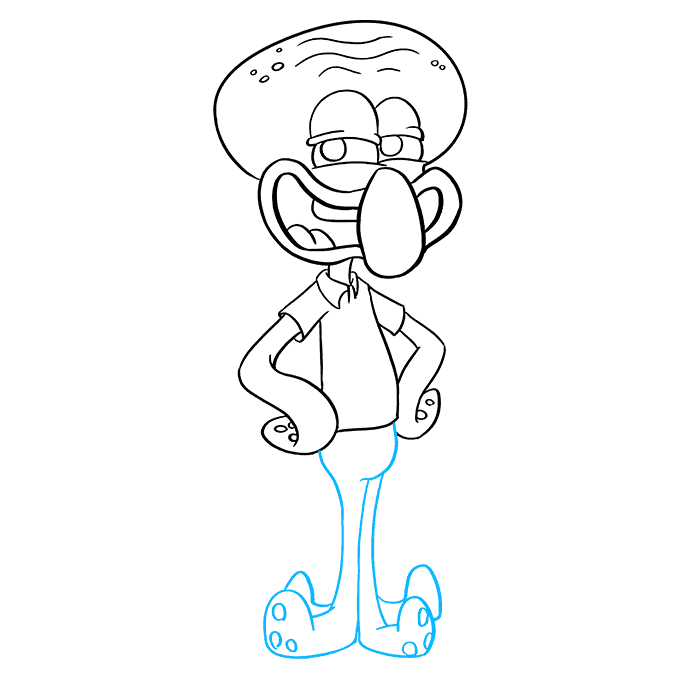 Color Squidward. He is typically bluish-gray in color and wears a brown shirt. 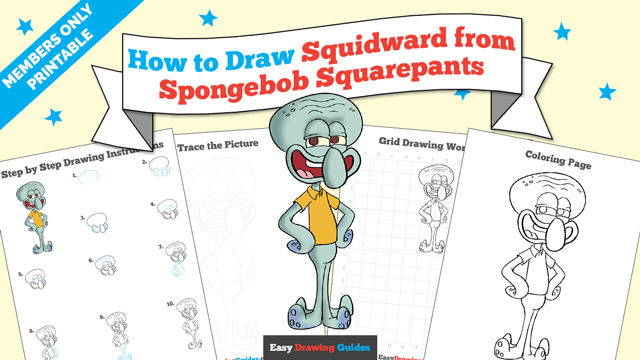