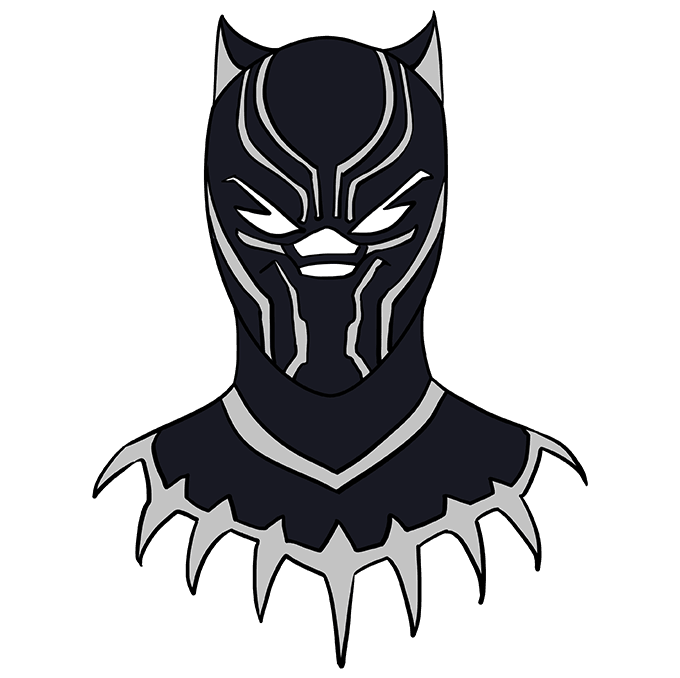 The Black Panther's secret identity is that of T'Challa, of the royal family of Wakanda, a fictional country in Africa.

Wakanda holds onto its rich history while moving forward technologically, due to an abundance of the indestructible metal vibranium. For this reason, it is also isolationist and secretive.

Did you know? This superhero predated the political organization of the same name. Regardless, his name was changed to the Black Leopard for a time.

The "Panther's Rage" story arc in the comic Jungle Action was the first to feature an all-black cast.

Would you like to draw Marvel's Black Panther? This easy, step-by-step superhero drawing guide is here to show you how. 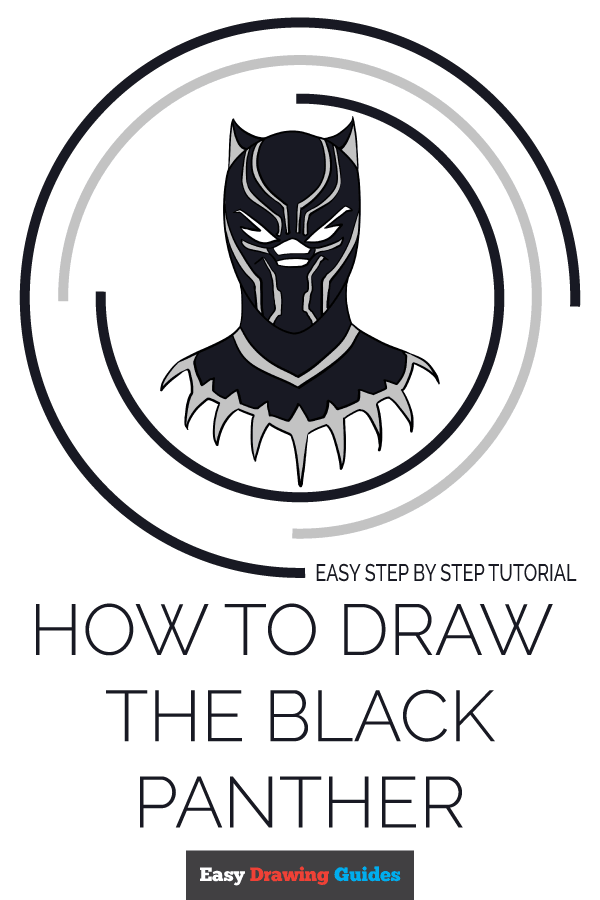 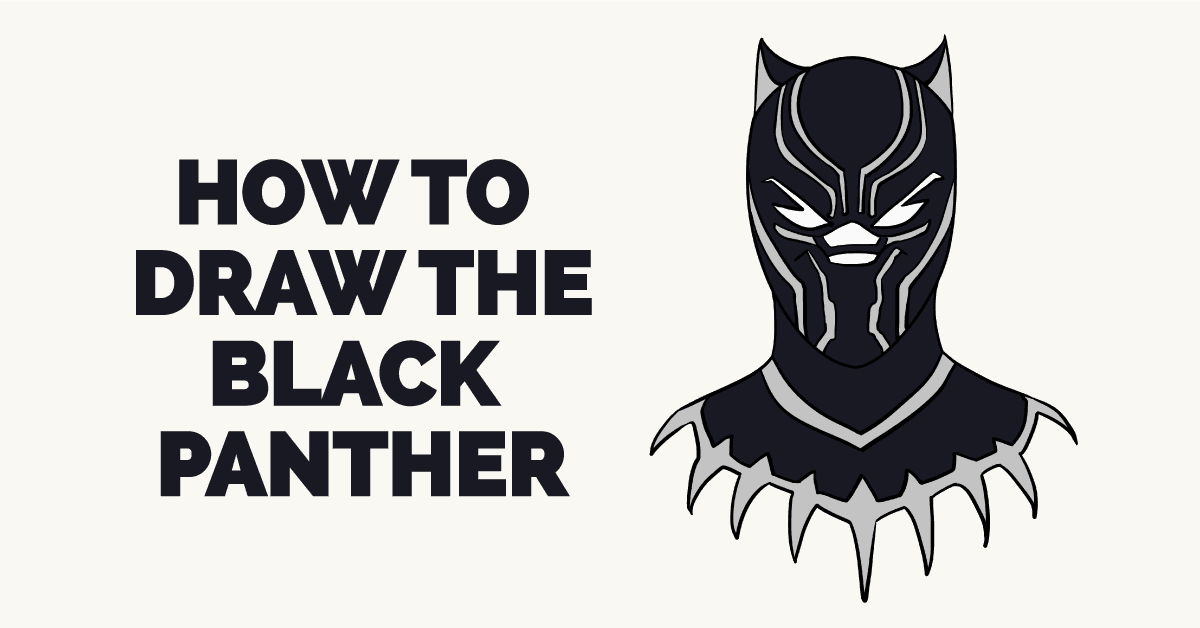 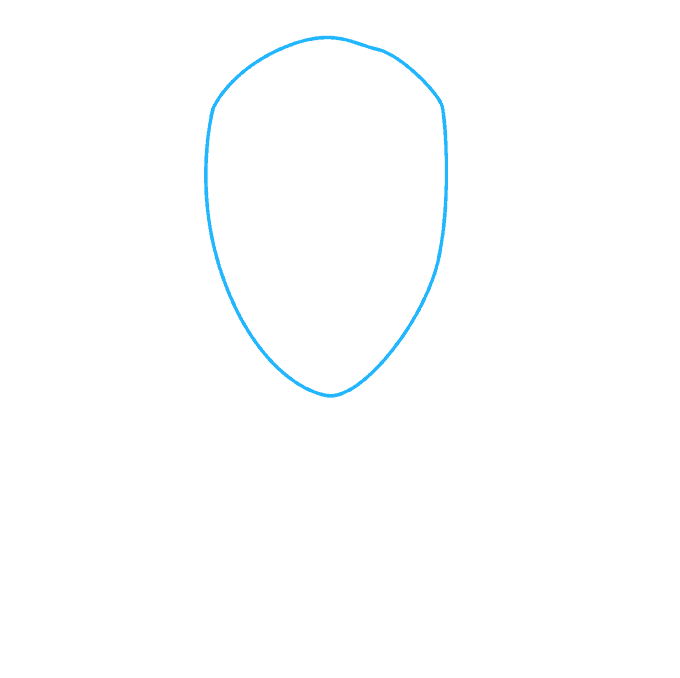 1. Begin by drawing an inverted egg shape - an oval that is more rounded at the top and more pointed at the bottom. This outlines the Black Panther's head. 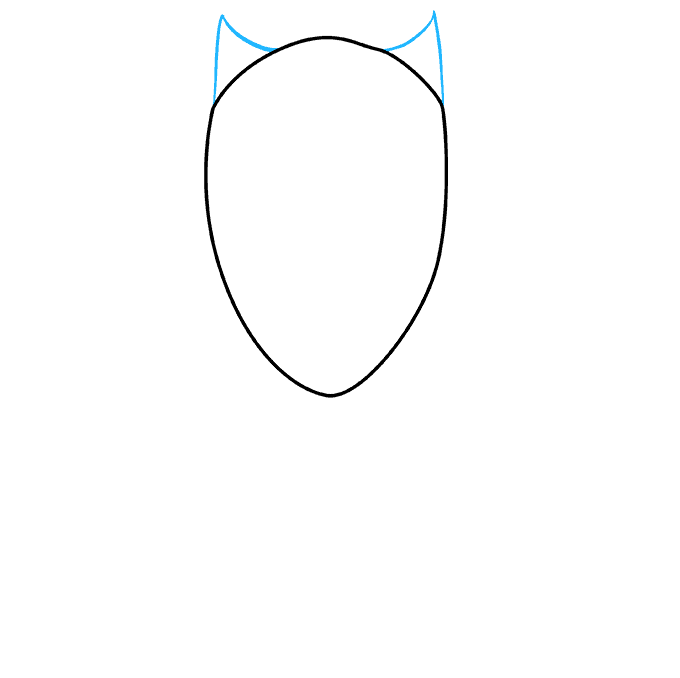 2. Use short, curved lines to enclose two curved triangles on top of the head. This forms the catlike "ears" of the Black Panther's suit. 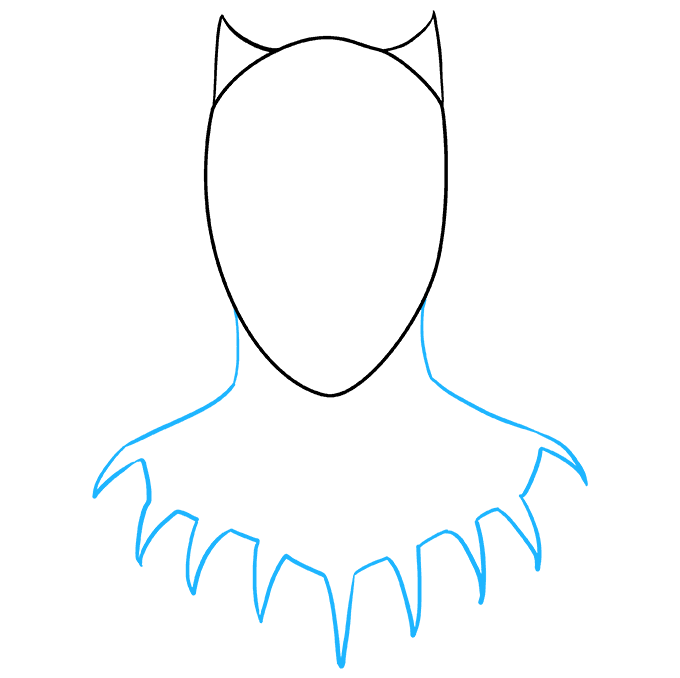 3. Extend two long, curved lines from the head, outlining the neck. At the end of each line, draw a short line, forming a sharp point. Then, draw a straight line from the top of the point. Continue this pattern - two lines forming a point, followed by a straight line - until the two sides meet at a point in the center. This forms the necklace that the Black Panther wears. 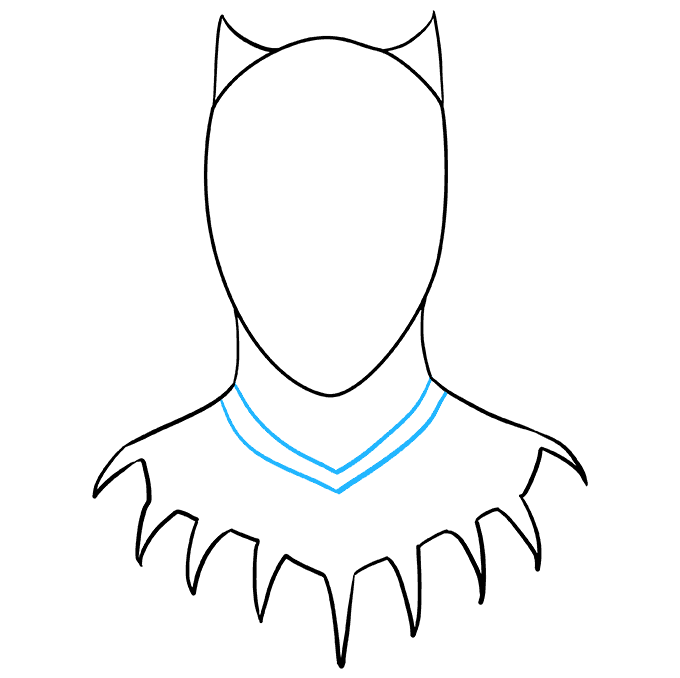 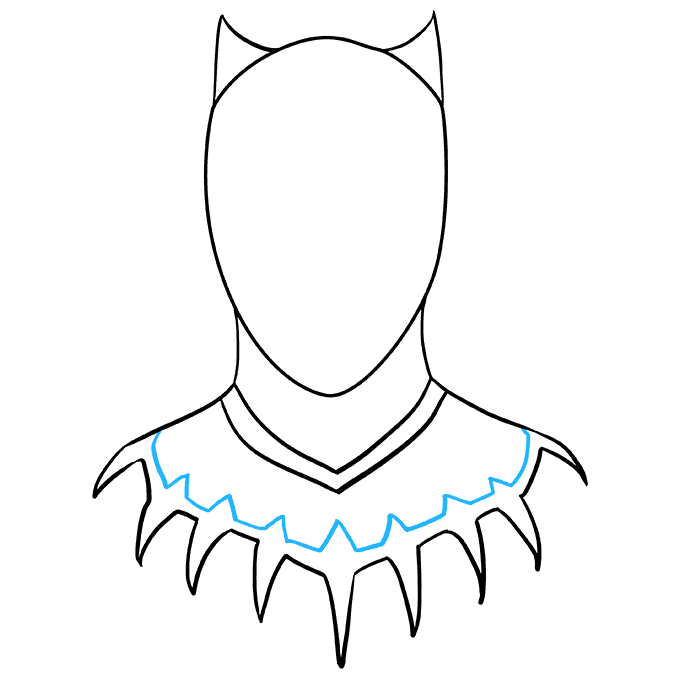 5. Draw a pattern across the top of the necklace. Begin with a straight line, then draw two straight lines in an incomplete triangle shape. Repeat the pattern until you reach the opposite side of the torso. Notice that each of the triangular points corresponds to a downward-facing point. 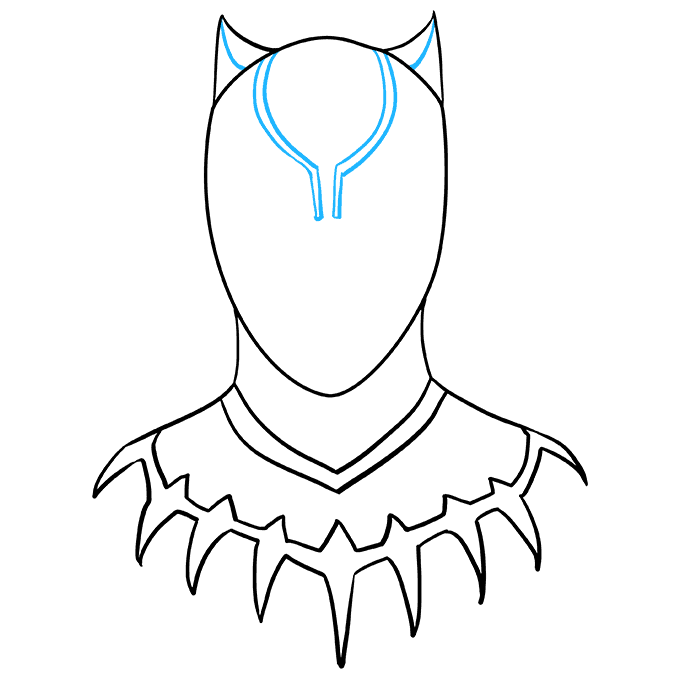 6. Draw two sets of narrowly spaced curved lines down the center of the face. The lines should at first form a circle, then run parallel to one another. Draw short, curved lines across the ears. 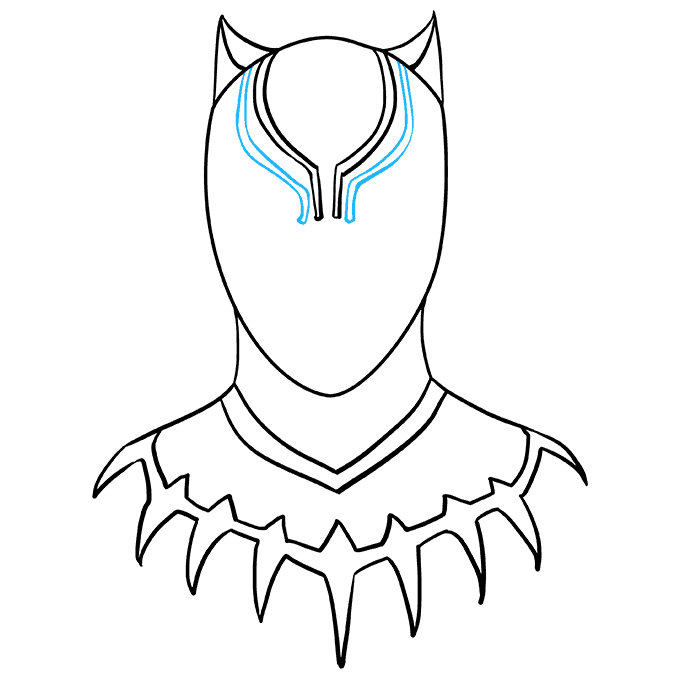 7. Draw a second set of narrowly spaced, parallel lines across the face, loosely parallel to the first. 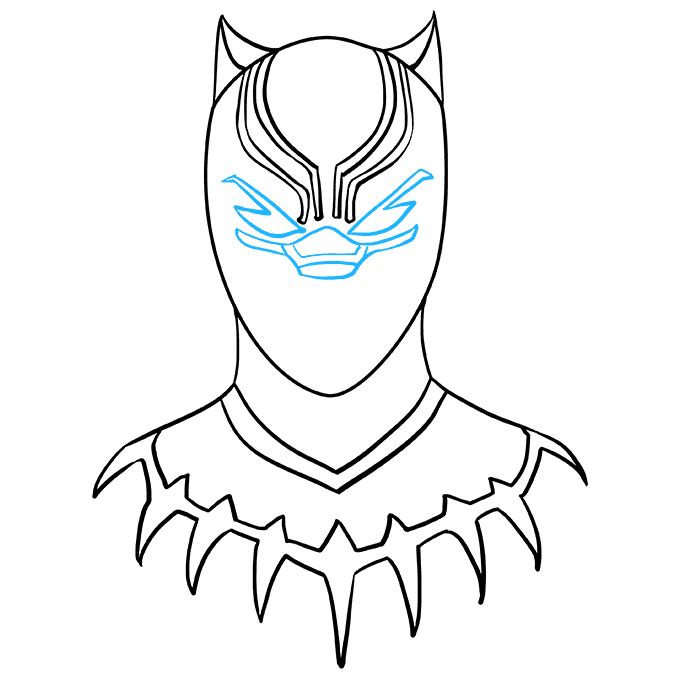 8. Draw the Black Panther's eyes and nose. Use straight and curved lines to sketch the shape of the eyes. For the nose, begin with a rounded triangle and an oval. Then, draw the shapes between them and extending to the sides. 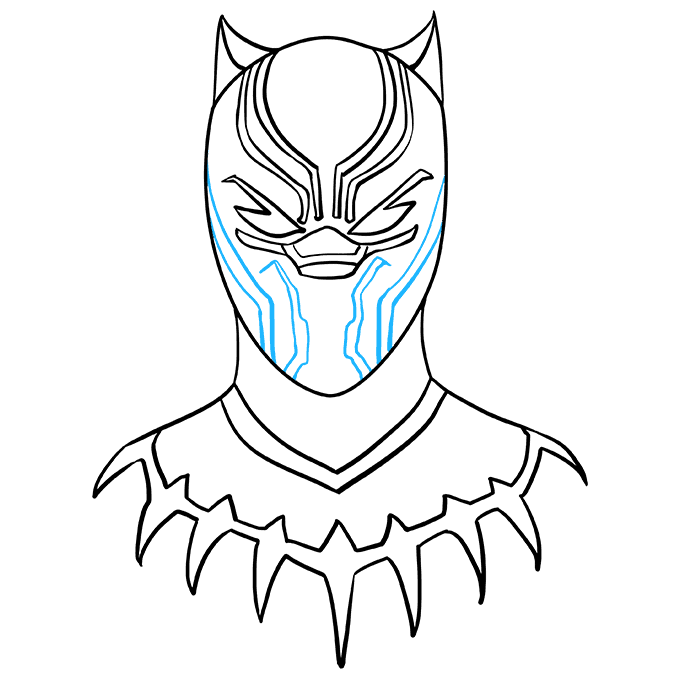 9. Draw four more sets of parallel lines, this time rising from the bottom of the face.

Color the Black Panther. His suit is typically black and grey.

You'll find plenty of other Marvel and DC Comics superheroes - including Superman, Batman, and Spiderman - among our selection of character drawing guides. 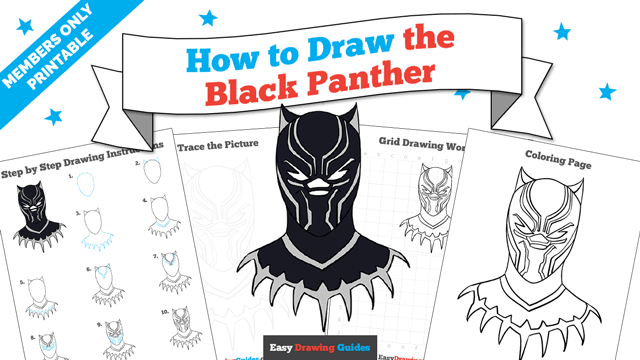