Learn how to draw a great looking Titanic with easy, step-by-step drawing instructions, and video tutorial.

By following the simple steps, you too can easily draw a beautiful Titanic. 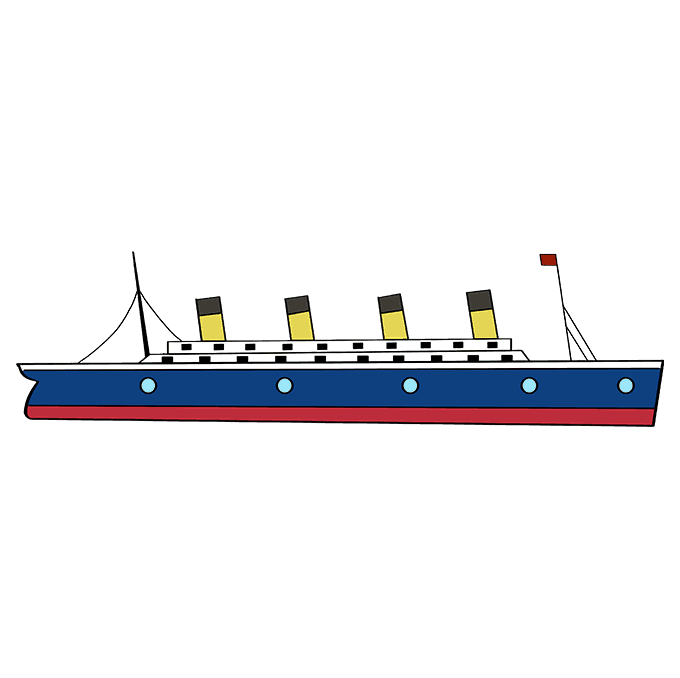 “Fifteen-hundred people went into the sea when Titanic sank from under us. There were twenty boats floating nearby, and only one came back.

One. Six were saved from the water, myself included. Six out of fifteen-hundred. Afterward, the seven-hundred people in the boats had nothing to do but wait - wait to die, wait to live, wait for an absolution that would never come.”
— Rose Dawson, Titanic (1997)

The Royal Mail Ship (RMS) Titanic was christened and launched in 1912. This so-called "unsinkable" ship famously went down during its maiden voyage from England to America after striking an iceberg in the North Atlantic. It was the largest luxury liner ever built at the time.

The story of the Titanic has been relived in countless books, movies, permanent and traveling museum exhibits.

Perhaps the most famous of these is the 1997 film starring Leonardo DiCaprio.

Tourists visit the wreck site each year, and a replica ship known as the Titanic II is scheduled to take its maiden voyage in 2022.

Passengers will be able to relive their Titanic daydreams, as the BBC reports, "The ship, which has been designed to have the same interiors and cabin layout as the original vessel, will follow the route of the original liner carrying passengers from Southampton to New York." Around the world cruises will follow the maiden voyage.

Would you like to draw a cartoon version of the Titanic? This easy, step-by-step cartoon ship drawing guide can show you how.

All you will need is a pen, pencil, marker, or crayon and a sheet of paper.

If you liked this tutorial, see also the following drawing guides: Ship, Waves, and Lighthouse.

Step-by-Step Instructions for Drawing the Titanic

How to Draw a Great Looking Titanic for Kids, Beginners, and Adults - Step 1 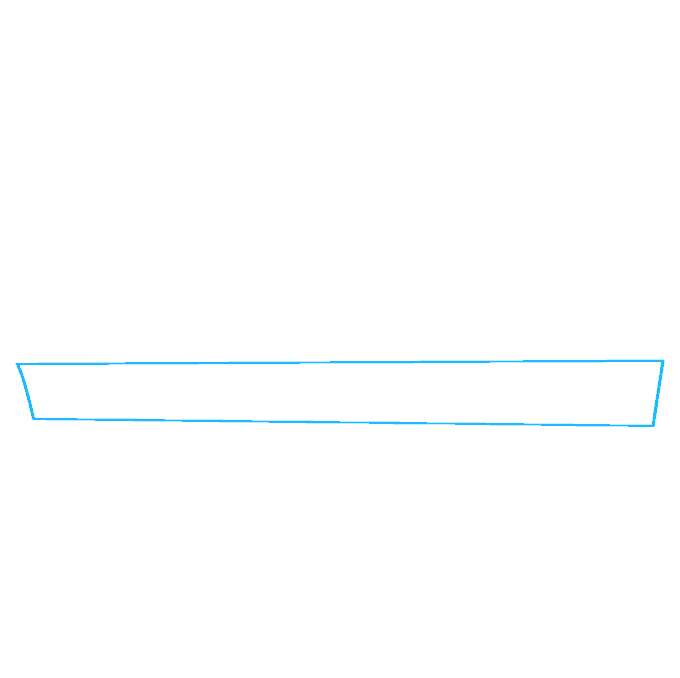 1. Begin by using four straight lines to draw a rectangular shape. Note that one of the short sides is longer than the other and that the short sides have a diagonal slant, making the shape an irregular trapezoid. This outlines the hull of the ship. 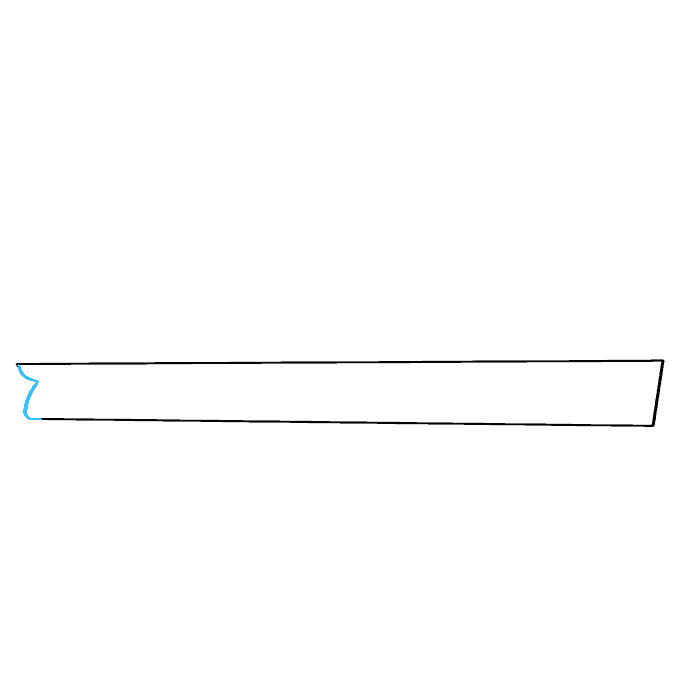 2. Erase one of the short sides, replacing the straight line with two curved lines, detailing the stern or rear of the ship. 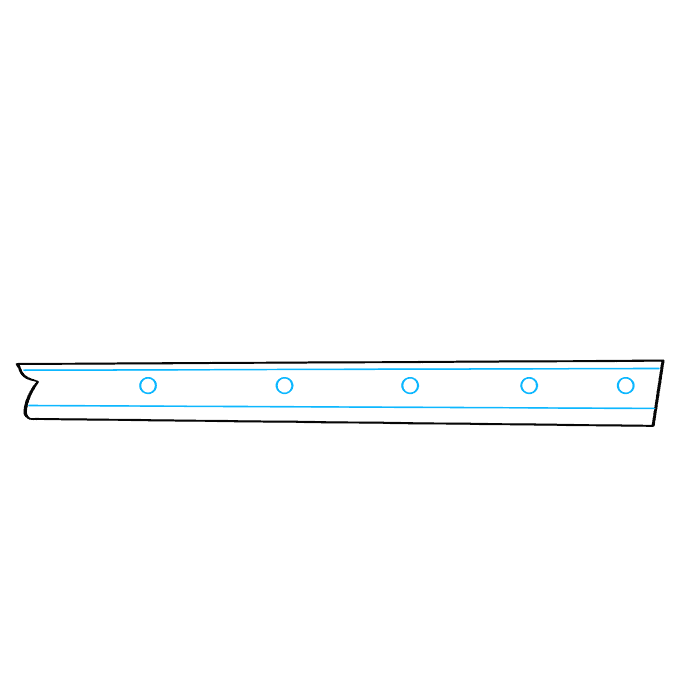 3. Draw straight lines parallel to the top and bottom of the hull. Then, draw circles between the lines, indicating windows known as portholes. 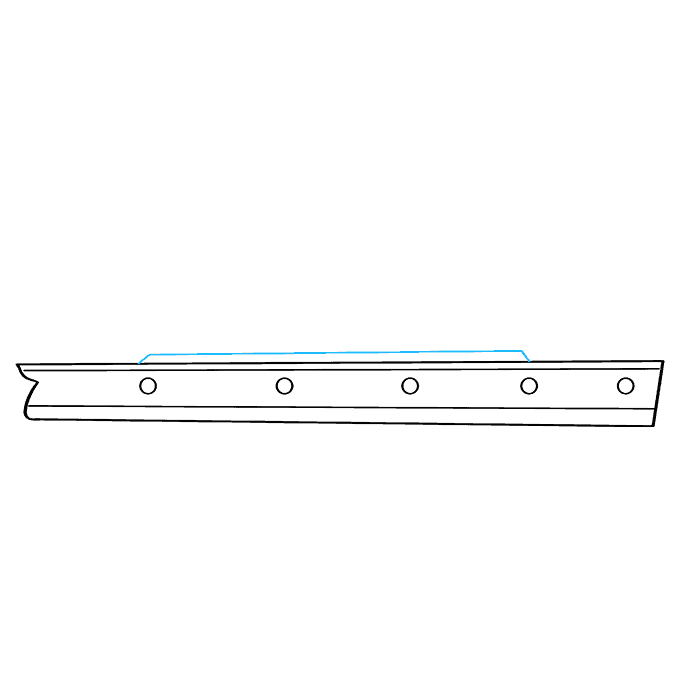 4. Use one long and two short straight lines to enclose a narrow trapezoid on top of the hull. This forms the first of the upper decks. 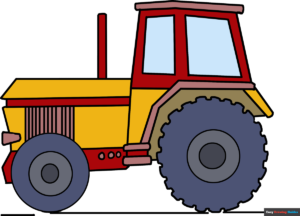 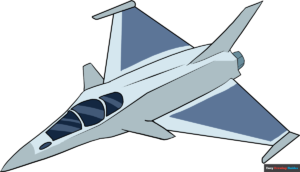 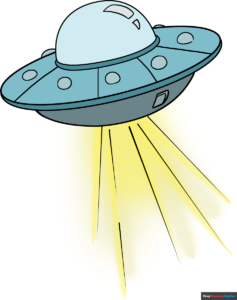 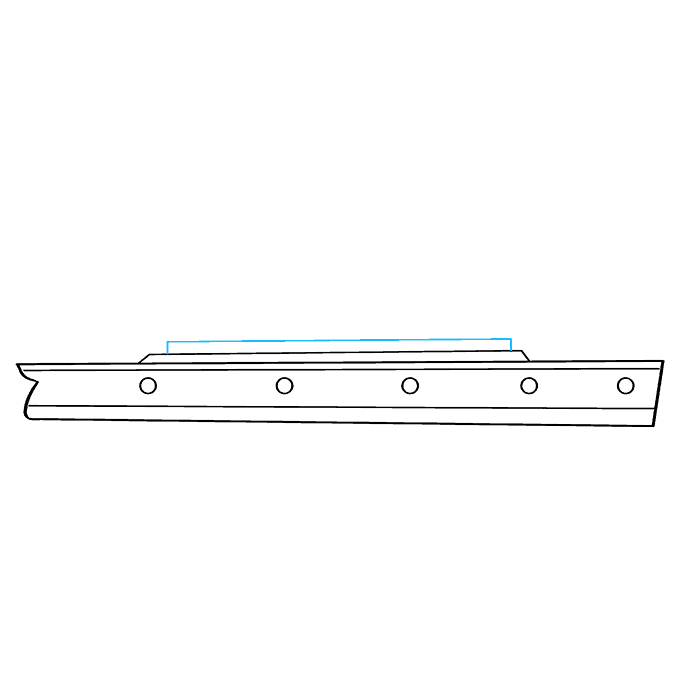 5. Use three straight lines to enclose a narrow rectangle on top of the trapezoid. This forms the second of the upper decks. 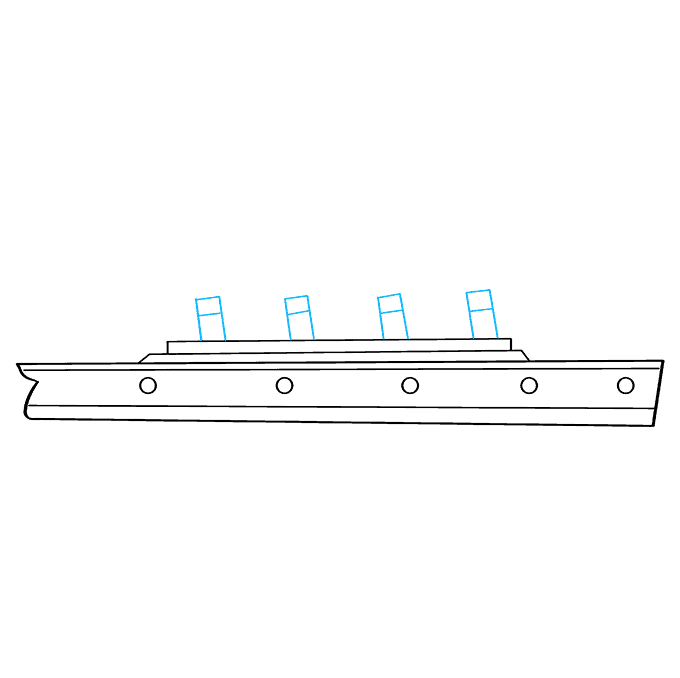 6. Enclose three narrow, vertical rectangles on top of the upper decks. Note that they are set on a diagonal slant, leaning toward the stern of the ship Then, band each with a straight line near the top. These represent Titanic's smokestacks. 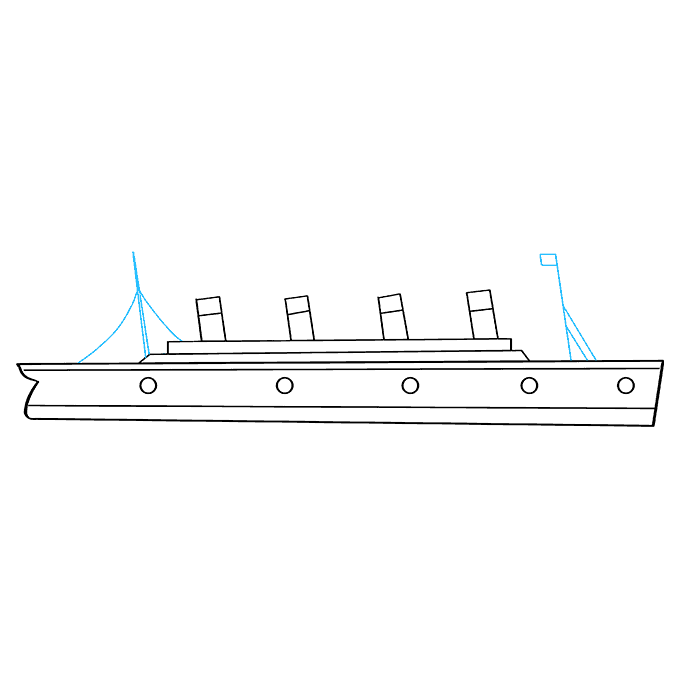 7. Draw the ship's masts. Near the stern, draw a straight line on a slight diagonal slant. Draw curved lines connecting it to the ship, contacting the line about halfway up. Near the bow or front of the ship, draw another straight line. At the top of the line, enclose a rectangle to form the flag. Connect the line to the deck using curved lines.

How to Draw a Kayak 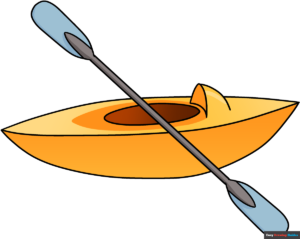 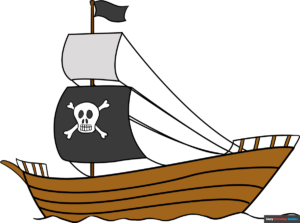 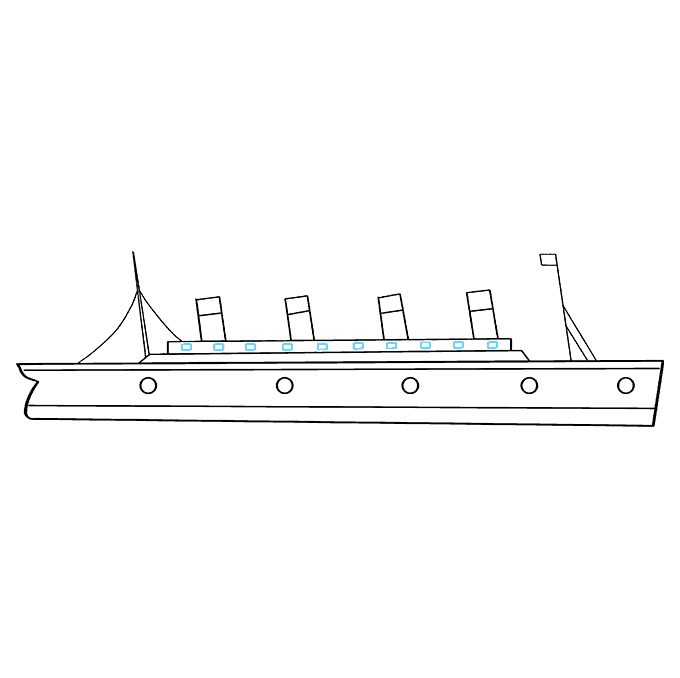 Complete the Outline of Your Titanic Drawing - Step 9 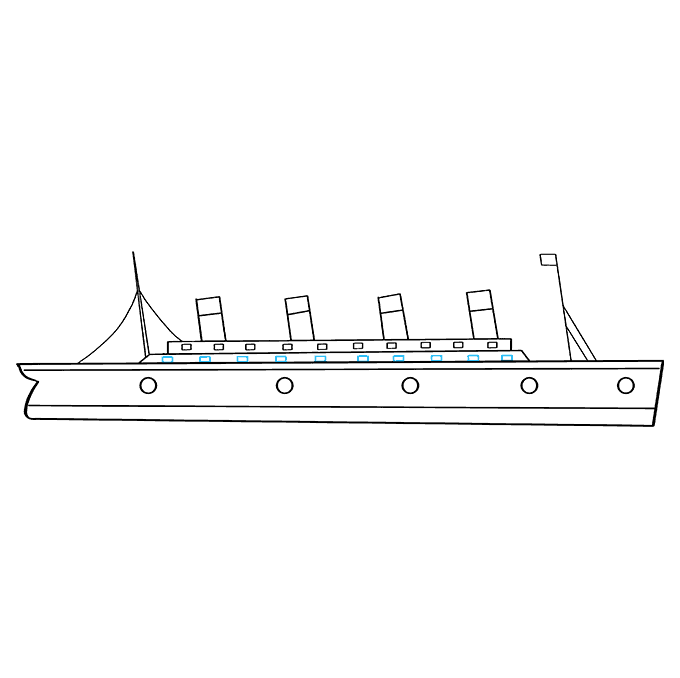 Color the Titanic. This mighty ship had a black and red hull with white upper decks and black and yellow smokestacks.

Complete your picture with other cartoon drawing guides, including waves, the night sky, and a rescue ship like the Carpathia. 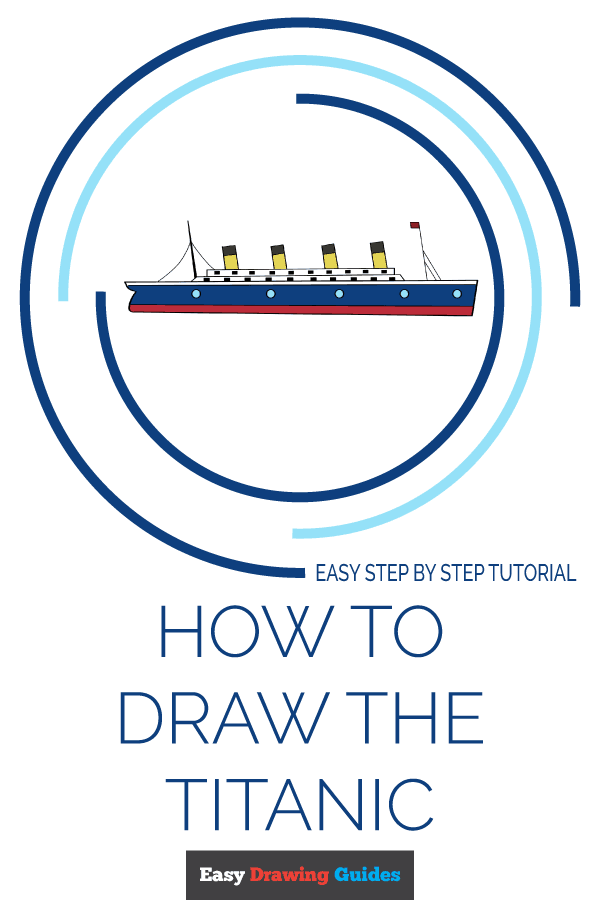 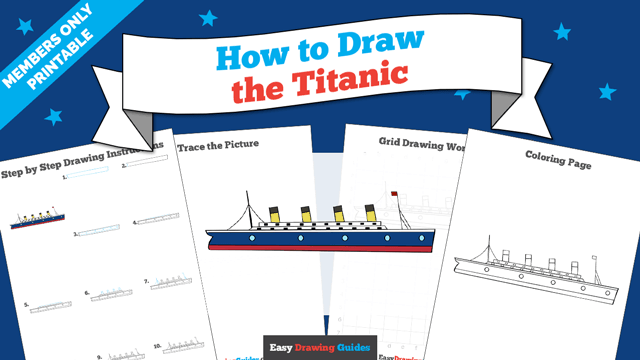